Manitoba is a domesticated province. Not that the people are all quiet or lethargic, none of that. But to say that there is much wilderness in and around Winnipeg would be an exaggeration. 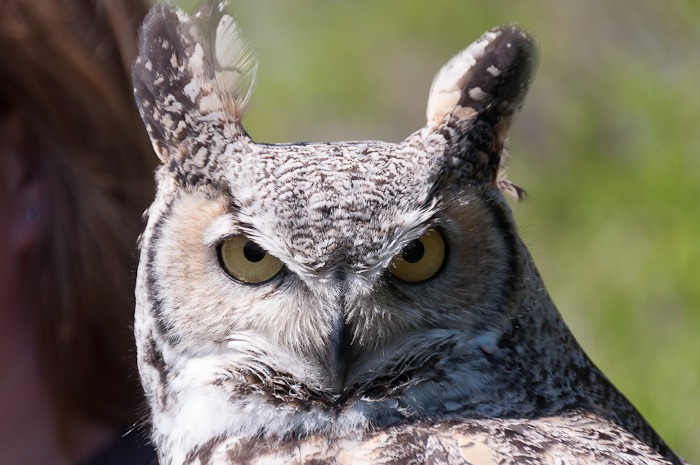 But you could have some surprises there. Manitoba houses an astonishing number of wild animal species. Way more

than I thought. In my previous posts you may have noticed that there are a lot of birds out there that would never be domesticated.

But most of those birds wouldn’t hurt a fly either. Matter of speaking of course, the more they eat flies and mosquitoes, the better I feel. 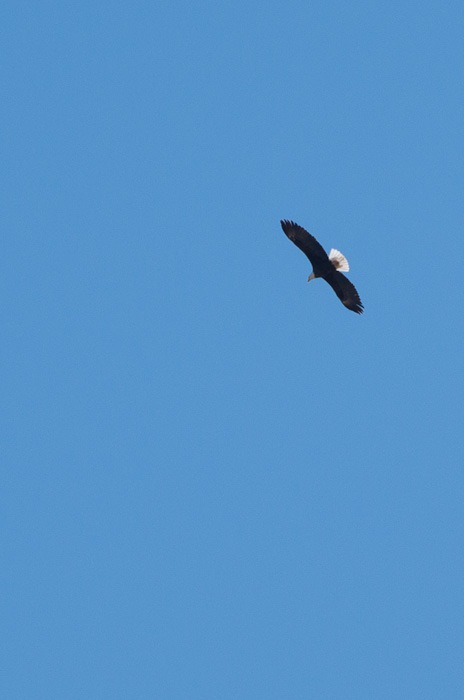 But you wouldn’t expect any raptors in Winnipeg. The above picture was taken at the same time the Assiniboine Forest was on fire. That is a Bald Eagle, flying high above that same forest.

The next day we had a meeting with the people from the PWRC or the Prairie Wildlife Rehabilitation Centre in Winnipeg. 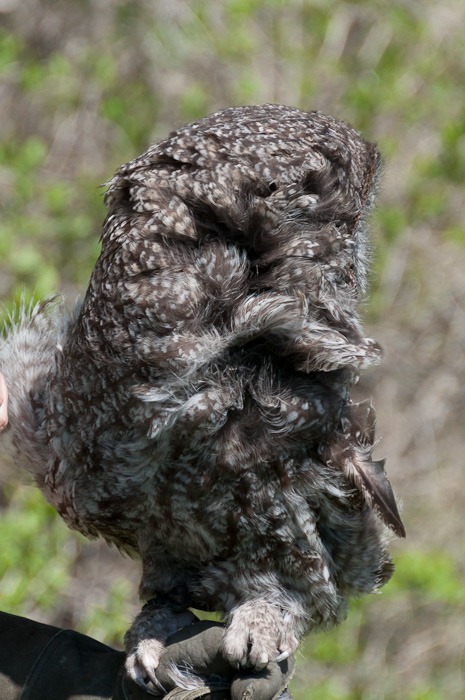 Shooting wild raptors is quite a difficult task. Their nature tells them to stay away from humans, or bigger animals than themselves. So to get close to them is pretty unique. 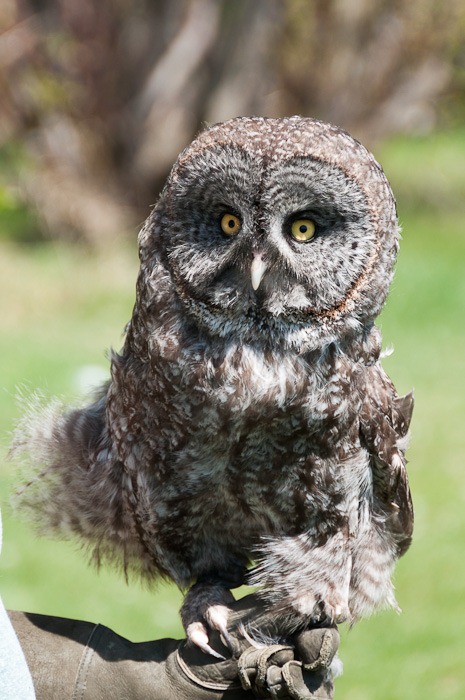 The ambassadors of the PWRC are animals with a story. Some have lost a limb in a car accident, like the Great Grey Owl pictured here. It’s hardly visible in the above picture, 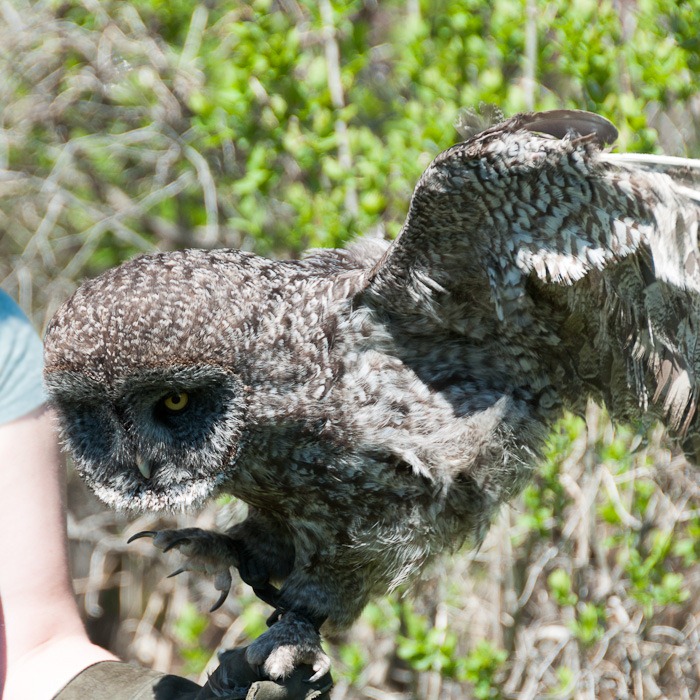 but this owl has lost a wing in a car accident. I don’t know who was at fault, but I can see who was the loser in that battle. 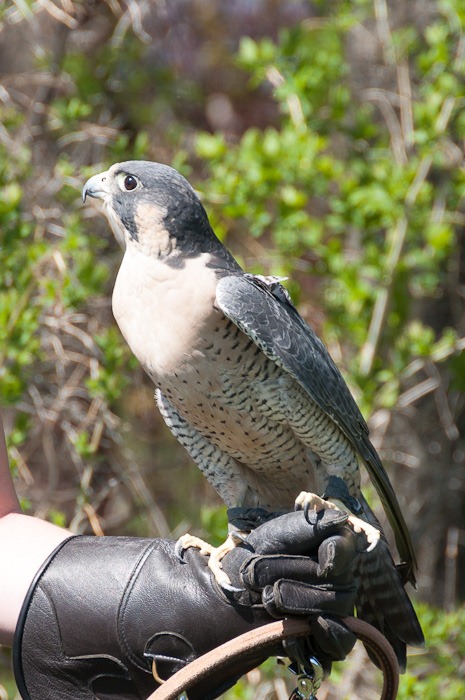 This Peregrine Falcon was hunting prey, probably for lunch, was diving down at a death-defying speed and encountered a power line on the way. As a result, one wing was severed and she would never hunt again. 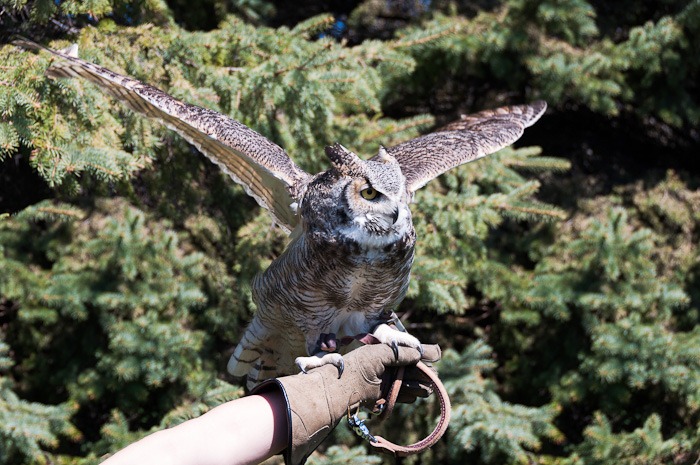 The Great Horned Owl above and in the lead picture didn’t have this kind of trauma. She just fell out of the nest and was picked up by good meaning people. They fed her for a few days, but noticed she wasn’t well. 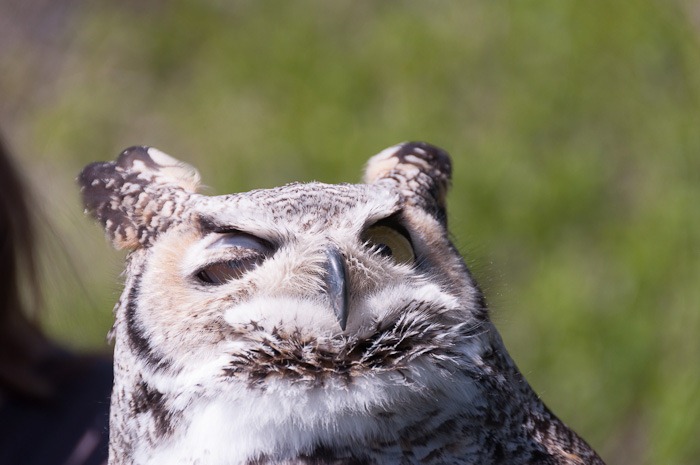 When they called the PWRC to take a look, it was too late. Not so much that she died, the proof is here, she is doing very well. But… having been fed by people, she has lost her healthy fear of us and may even attack.

Probably for the fun and not so much for food, but tell that to the parent of the attacked kid… 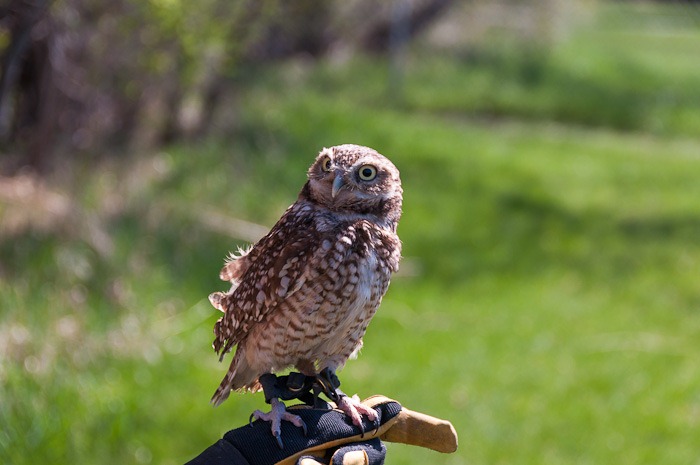 Similar stories apply to the other birds here. This Burrowing Owl here had more interest in the squirrel nest high above her in the trees than in any photographer. It looks as if she is pleading to have them all go away… Eventually, we did. 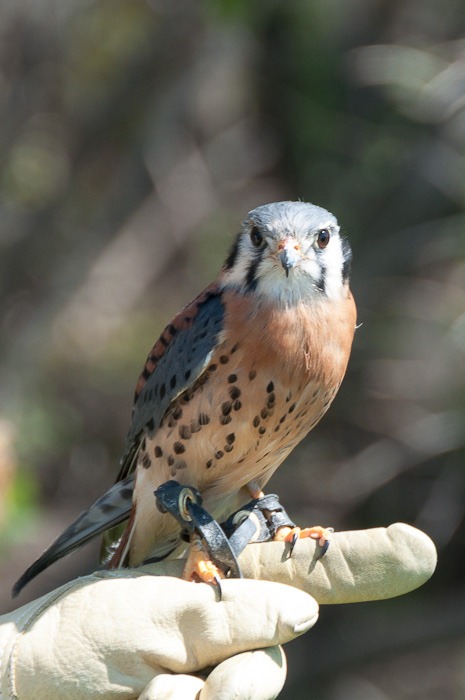 This fierce looking American Kestrel was not as quiet as it looks on the above picture. It was the the loudest screaming bird. Probably for the same reason as the Burrowing Owl, that squirrel nest above 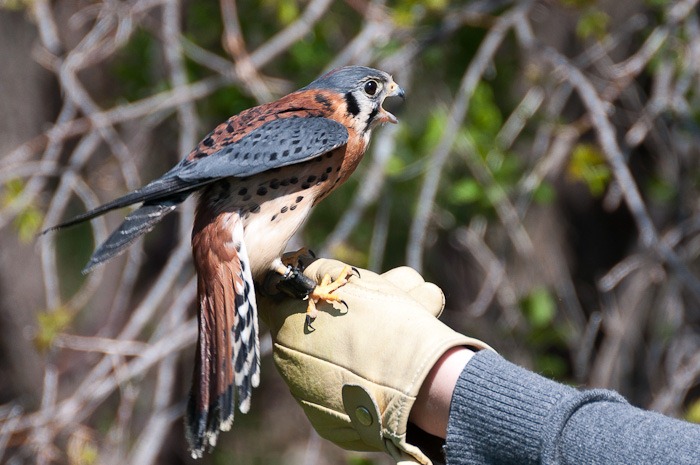 She even tried to escape, but forgot that she had some restraints. She was definitely not that happy to be close to wild food and not being able to get to it.

All these birds have been rehabilitated to a normal life by the PWRC, but some of them will never be able to go back to a wild life. One wing isn’t enough for flying and not knowing that you cannot hunt for humans, even tiny ones, will get you into trouble.

So these ambassadors stay here and show themselves to whomever wants to see them and photograph them.

All of these birds were found in Manitoba. So to say that it is a domestic province where all wild birds have gone, that  is not true. You just need a way to find them. If not in the wild, then invite the ambassadors.