Looking at all my last posts, one may think that there is nothing else to see in Winnipeg than birds and squirrels. That may be true for some people, but I still live in a real city, not in a park of some kind. 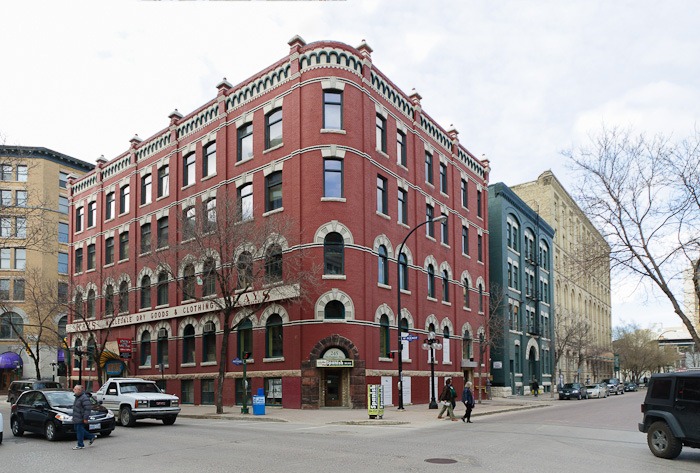 So, the idea of showing a bit more of the city came to mind. Not that you will be getting a complete tour of the city, but some buildings are noteworthy.

A simple looking building like in the lead picture is full of history. Way more than you would think at first. Although designed by the same architect from top to bottom, the building was erected in different periods. The first part was the bottom two floors. Yes, that part with the rounded arches above the windows.

That was in 1893. In 1900, the top floors were added and the building made bigger to the size that it is today. It survived fire, drought and conditions not for the faint of heart. It’s tradition, so it is… 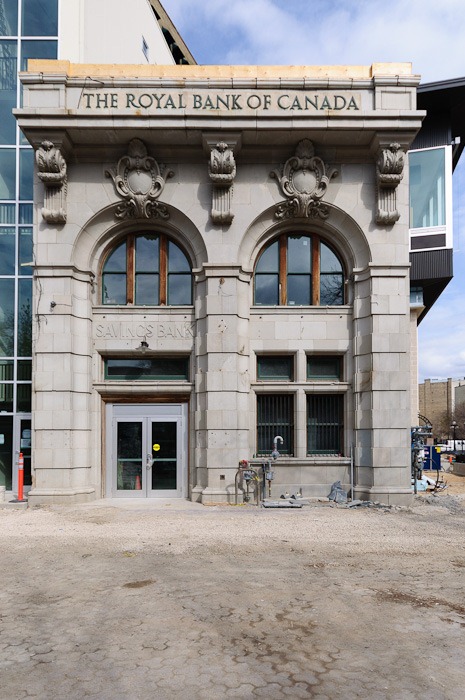 Other buildings have nothing more to propose than their old facades, like this savings bank facade from the RBC. Surrounded by glass and concrete, this little facade is now renovated and shows again its proud history. 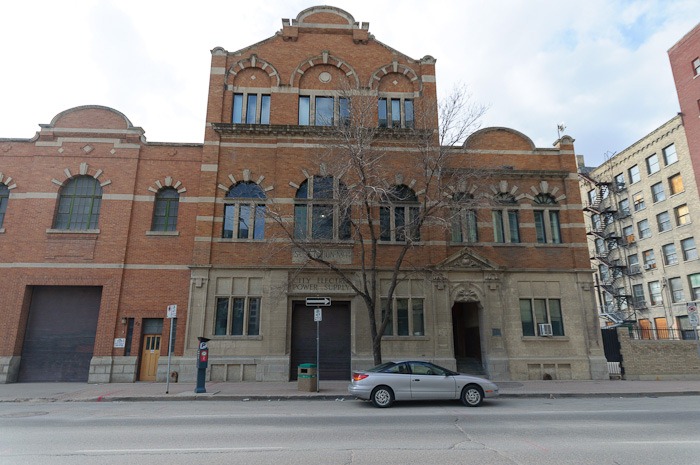 Many of the buildings in Winnipeg were either named or had their function added to the facade, like this “City Electric Power Supply” building. Substation #1, built in 1910-1911. 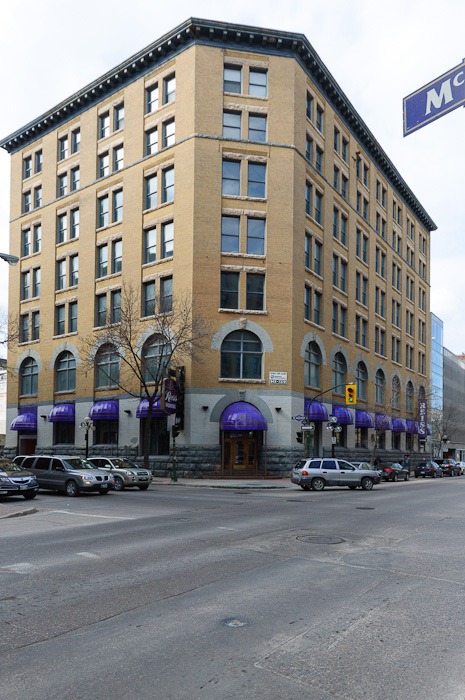 The Bedford building from 1903 on King and McDermott is another example of older architecture.

There are so many buildings in Downtown Winnipeg, that it has been decided that the Exchange District as a whole had to become a heritage site. That means that this historical site will no longer change views and will remain this way until the heritage status is revoked. I don’t see that happen in the near future. 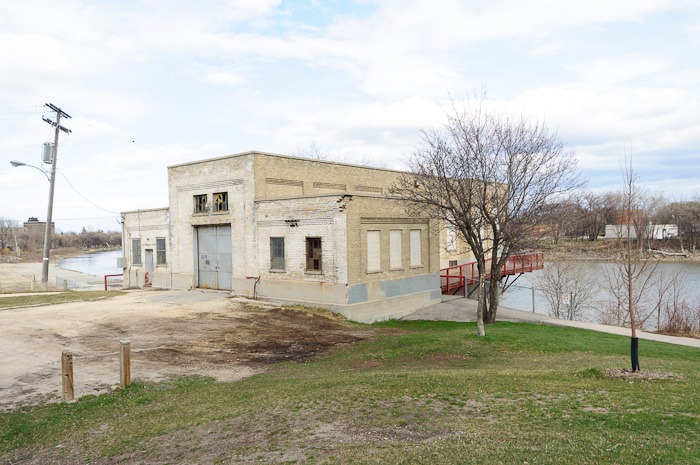 Of course there are also heritage buildings that do not have the status officially. Those buildings, like the harbourmaster pump station on Waterfront overlooking the Red River displays a sorry view. This building has been abandoned by the police in 2005 and has not been occupied since.

The idea is to make a restaurant/lounge out of it in the near future. We’ll see. I have lived here in Winnipeg now for nearly 4 years, and have not seen any change in this building. At all. 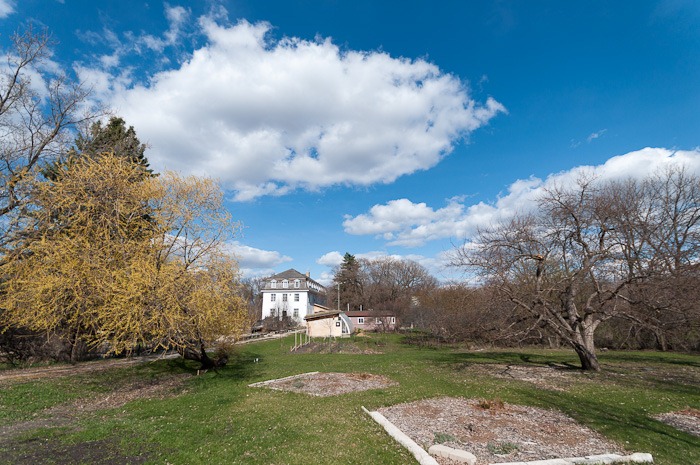 And then there are buildings that are converted into something else. Ok, this is not Winnipeg strictly speaking, but a few km south of the city. While we (photographers) are still waiting for the reopening of the Ruins of St Norbert’s Trappist Monastery, other parts, that were not burned now have a completely different function. Like an art gallery.

Nicely set in a calm neighbourhood, but still not calm enough for the monks that left in the 1970’s, this building now continues its life as an art gallery.

But then, there is so much natural beauty all around that I couldn’t resist taking a few more pictures that have nothing to do with mortar and stone. 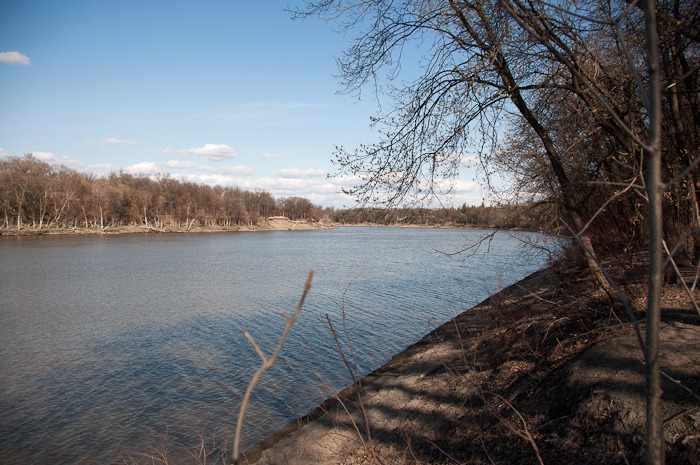 Moving to St Vital Park, the Red River shows that it can be well behaved, without moving out of its allotted course. 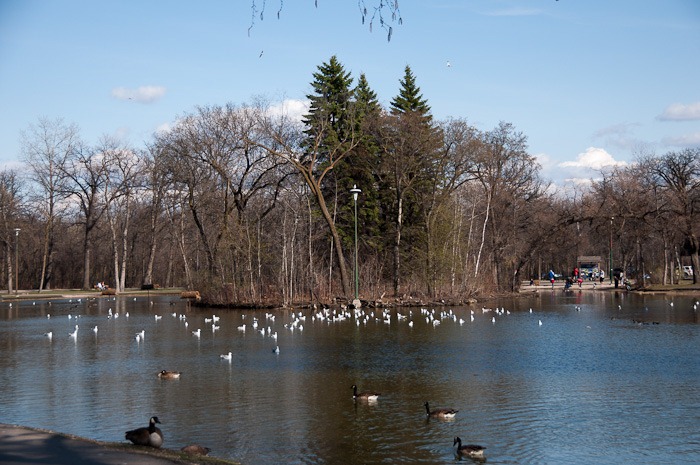 A colony of Ring Billed Gulls

At the same time, the Gulls have invaded the duck pond of St Vital Park and are very noisy. It becomes quite the task to distinguish other birds among them. 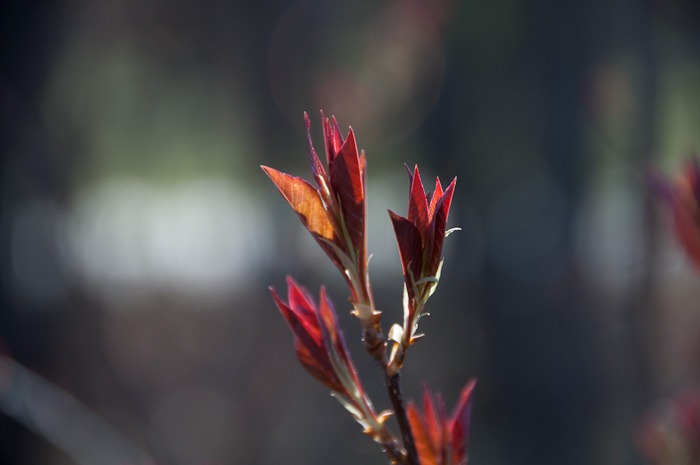 But in all these pictures, there is nothing that preoccupies us all at the moment… the arrival of spring. 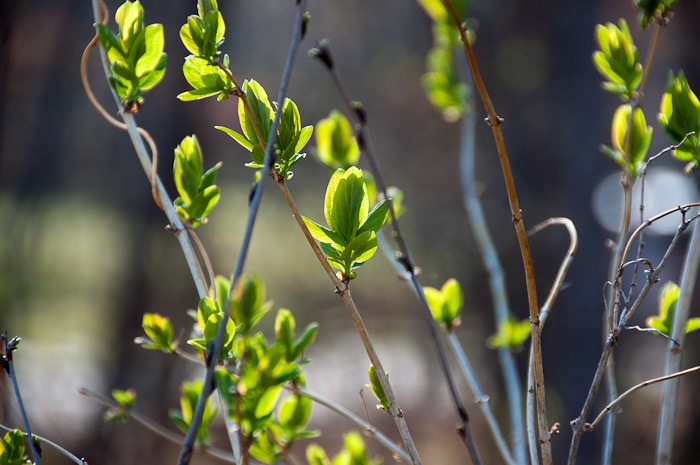 And that is exactly what I found hidden among other bushes in St Vital Park. New leaves, new life. Finally we can say that spring has arrived. Albeit on very soft slippers and without fanfare…