When people talk about Canada, they most certainly do not talk about the warm climate. While we can argue with that, there is a bit of truth in what these people are saying. 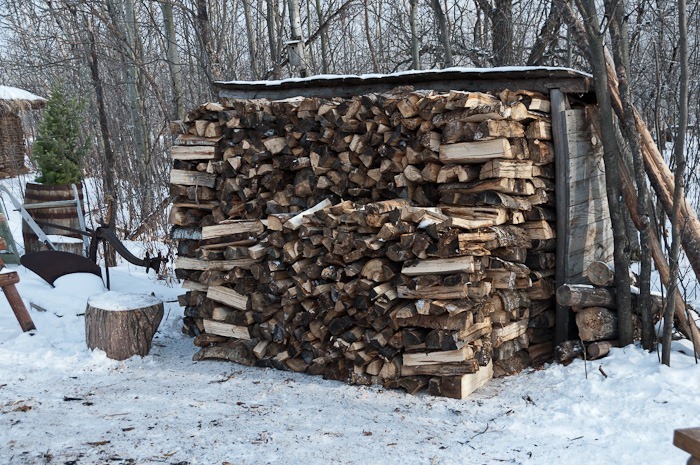 After all, the North Pole is located in Canada. It cannot be warm, eh? Let’s see if these pictures confirm what “people" say. After all, there must be some truth out there…

The first thing people have in mind are the old stories of Jack London and his tales of nearly eternal cold and night. Wolves and dogs and their hybrids also play a big role in his stories. Although we didn’t see any wolves during last weekend, we did see the traces they left behind… I have never seen such big paw prints… No camera, though.

And we did have the cold, during the day. 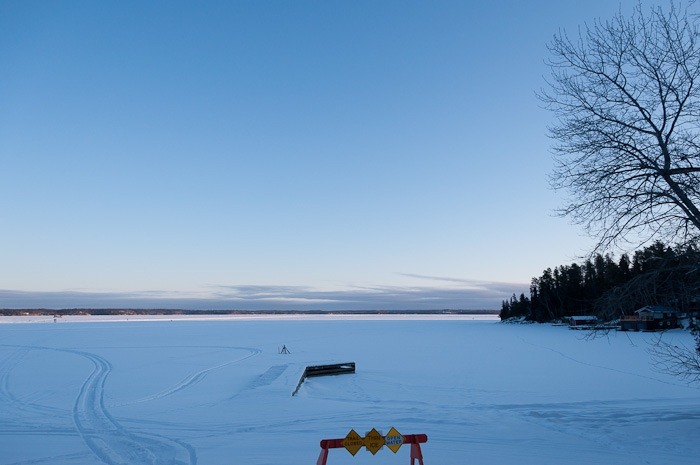 Early morning on West Hawk Lake showed this frigid landscape. There was a little bit of wind, which made the temperatures drop to a nice –25C. All in line with what “people” say about Canada

Also, in Canada, we all live in wooden log houses like this one, right? I wish that were true, at least for me, this looks like a nice building to me.

Canada is big and endless. It’s the second biggest country in the world. With two thirds of it being frozen permanently. 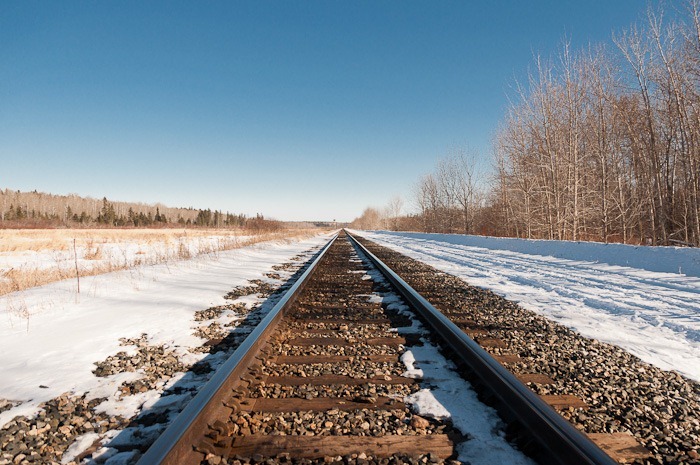 So endlessness is well shown with never ending train tracks, preferably in the snow. I took this picture only minutes after the train passed, there was no chance of another one coming from the opposite direction for some time to come. 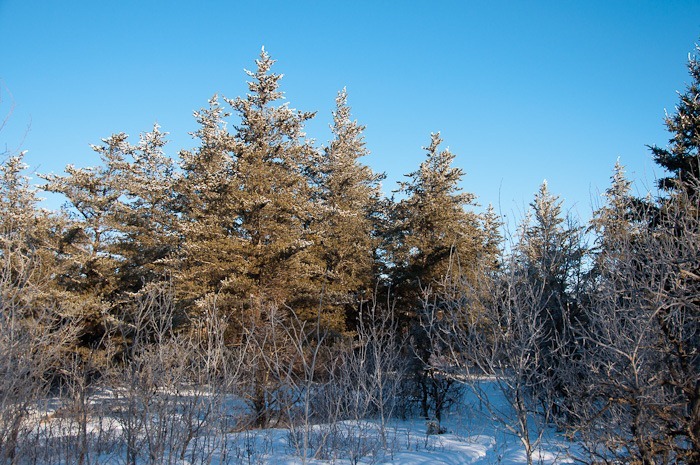 Canada of everybody’s dreams (or nightmares) is all filled with snowy trees, no place for a human to build anything permanent. These trees were located near a small lake in the Whiteshell Provincial Park. 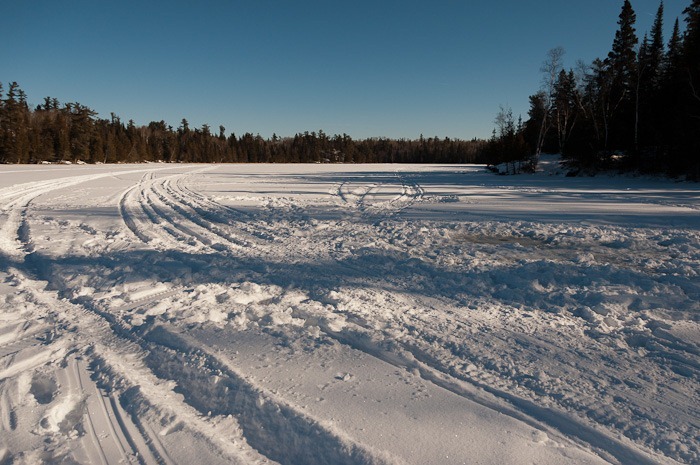 The lakes must be lonely and cold. Ok, this one was both when I took this picture, but only because it was 8 in the morning on a Sunday morning. Not really a moment for anyone to wander outside for fun. We’ll leave that for after coffee and breakfast. 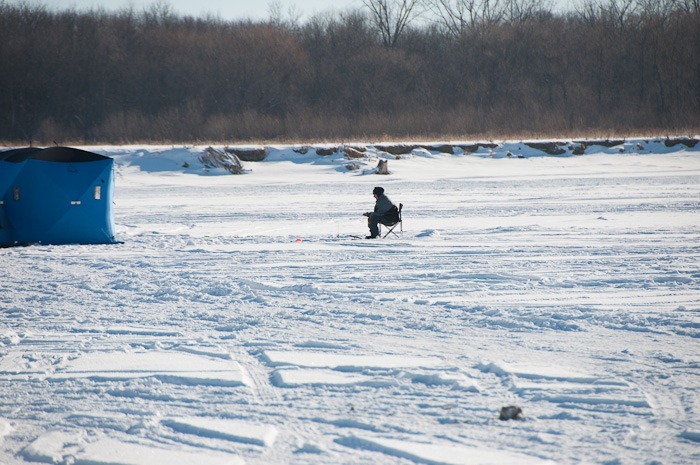 Talking of breakfast, all Canadians will have to go fishing on the frozen lakes before they can have any. And ice fishing is a cold and lonely activity, never anybody around… 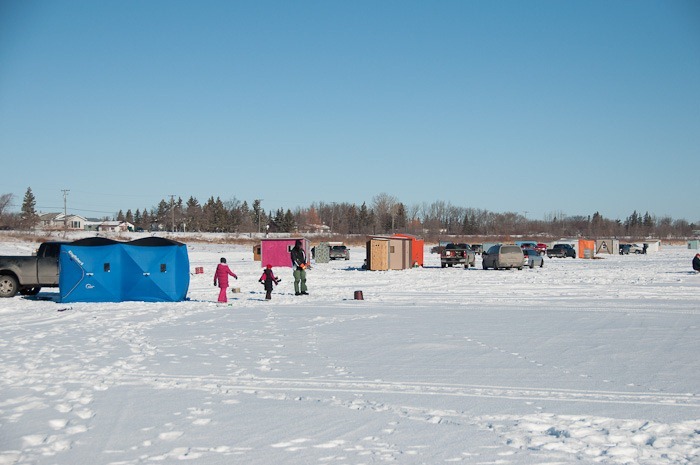 Ok, enough of this. Of course there are people around when you go ice fishing. All the shacks and cars you see in the above picture are parked on the ice. 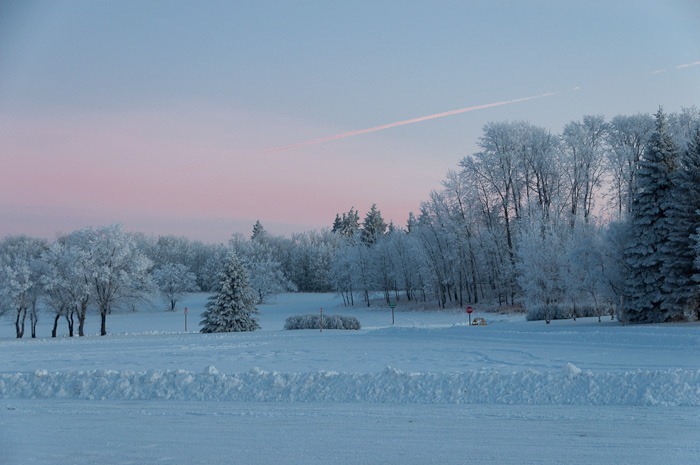 If you go out early enough in the morning, some mornings can give you a nice surprise, with pristine white trees covered in hoarfrost. Easy enough to complain about that, but look at the beauty of it. And enjoying the belt of Venus in the morning is a real pleasure. 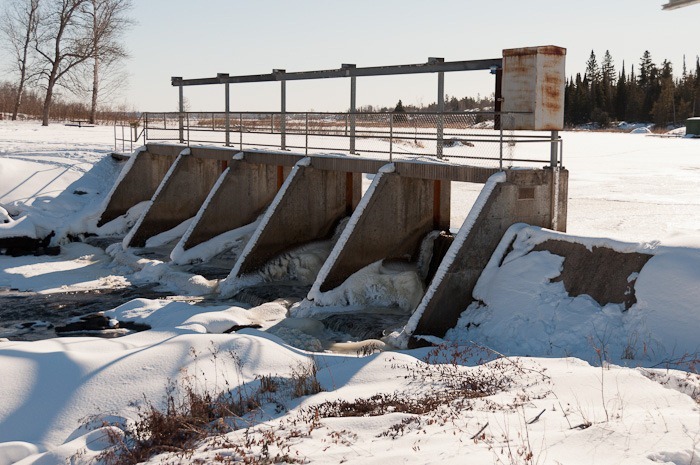 And when you look closer, and pay attention to details, you can get a completely different idea of what a country like Canada has to offer. 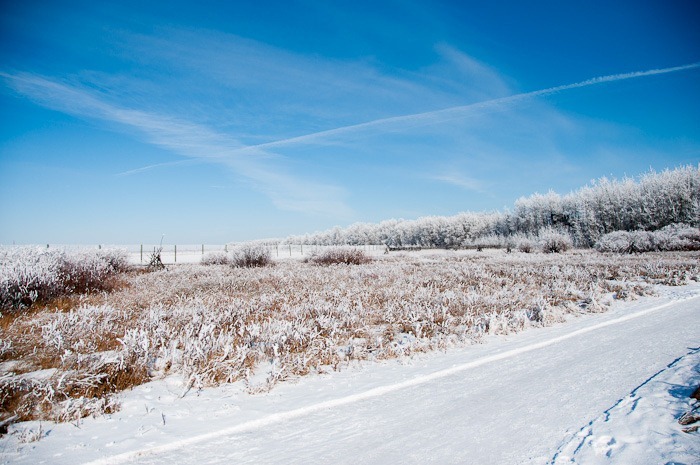 Details like the bison trap set in the landscape. Can you spot it? Of course this trap is not a real one, it’s a quarter scale model of what was used a 150 years ago for bison hunting. 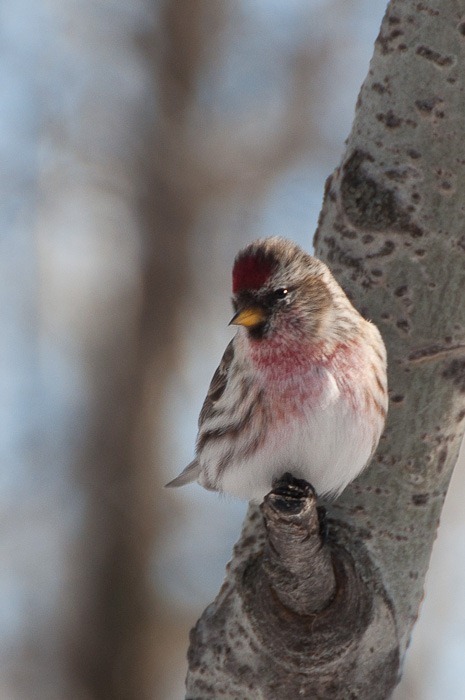 Birds offer great pleasure when you can spot them, photograph them and have them not care about you.

Winter in Canada, well, Manitoba, I haven’t been to other provinces yet, is quite enjoyable. Far from the frozen stories of Jack London. Oh, and those stories? They play mostly in the north of Alaska and in the North West Territories, not in Manitoba.

So, these “people” will ask, do you ever get summer in Manitoba? Well, I have already blogged about last summer here. Long and hot… 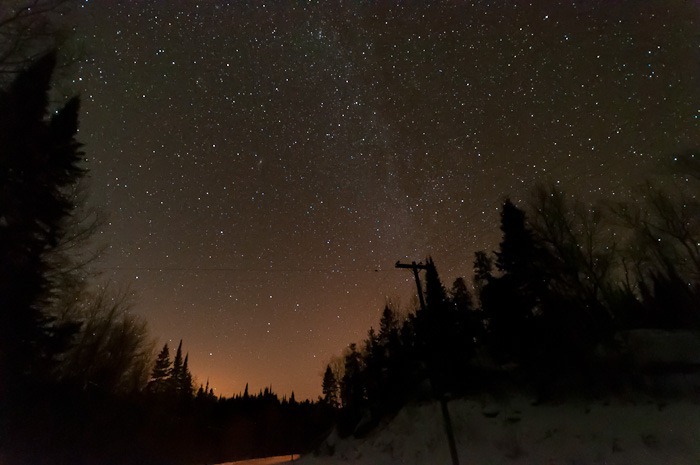 Part of the Milky Way

I haven’t seen so many stars in the sky for a long time, and this photo includes the “city” lights of Nearby West Hawk Lake. That is also in Manitoba, Canada.

All cold and no fun? Way from it! All fun and a little cold, I would say. And the summers in these places have other types of fun. One day I will write about that too.

Until then, people from outside Canada, stay warm and revise your frozen ideas about Canada. Over here we know how to dress against some cold.