What do you get if you lock a bunch of photographers in a museum? New ideas, new ways of seeing and presenting the old stuff! 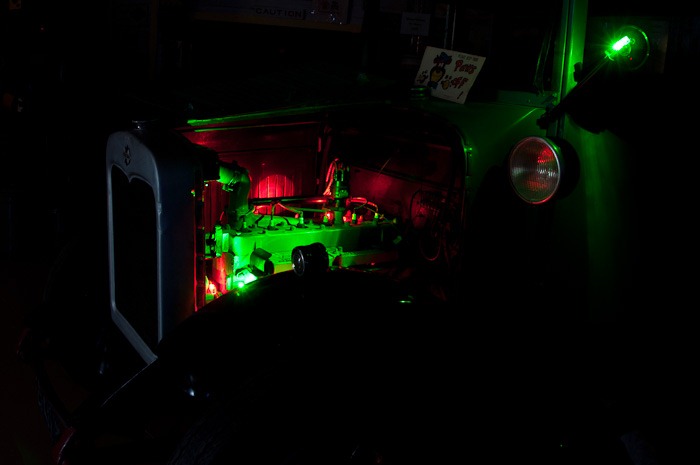 But not necessarily new ways of using it… In the past few weeks, I have been to a car museum with old, restored cars as well as a lot of car-related paraphernalia. The museum was

closed to the public, special for us. Now that was definitely a big plus, since you could leave your camera material sitting around, without the need of surveillance. Scouting out a new angle on an object was made a lot easier this way. 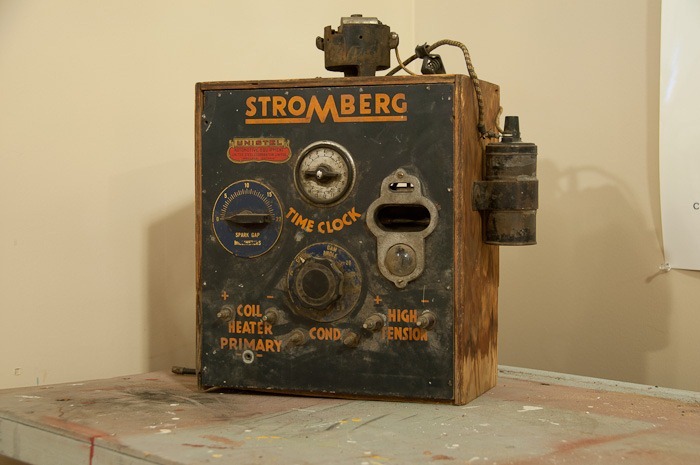 Of course there is also the discovery of old tools that have been replaced long since by newer versions. Take a look at this Stromberg Tune Up Computer. Not something we see anymore in a modern garage. 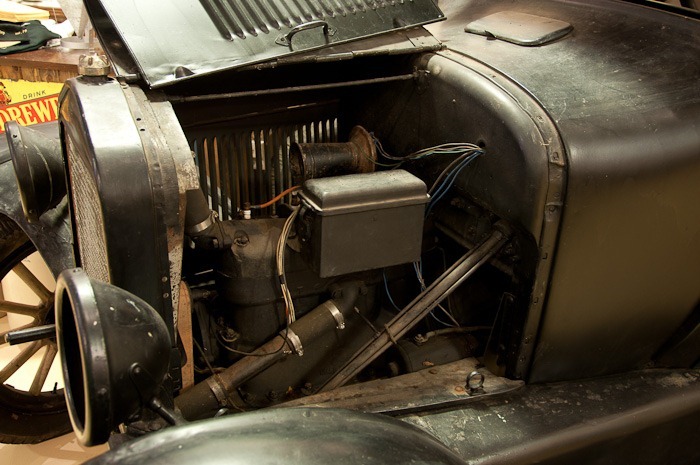 What you do find however is the not so rare Ford Model T. Pictured here is what made it all run for years to come. In some of these pictures you can see elements of other pictures. The fact is that Jim’s Vintage Garages in Headingley, MB is not very big, but very rich in all kinds of details. 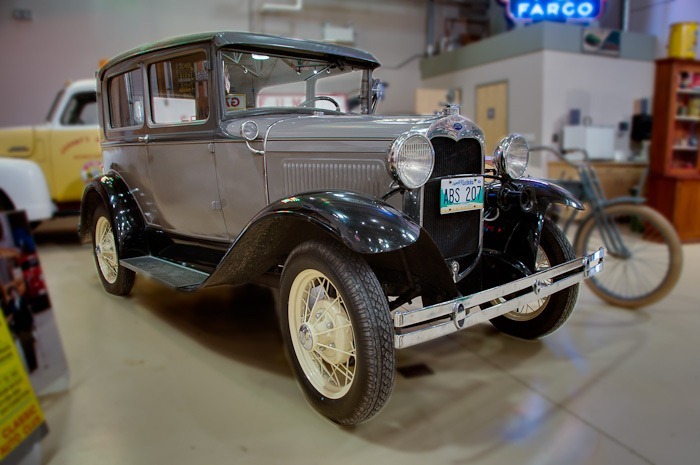 Sometimes it is hard to get only one of these details without including another. The other detail may be just as interesting, though.

For that reason alone I went hunting for smaller details, or edited pictures a bit to eliminate the unwanted elements. 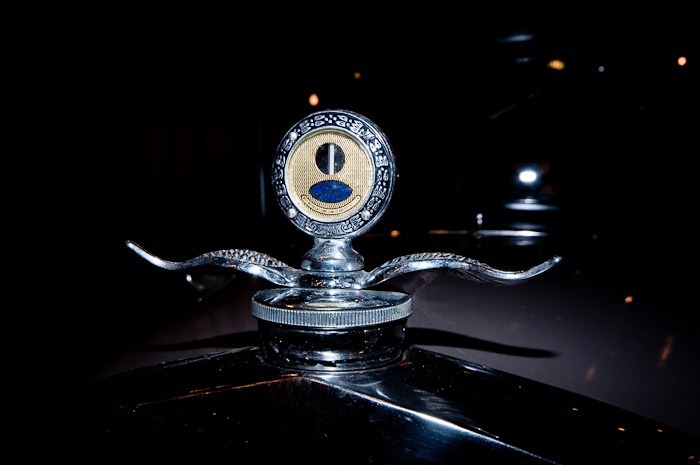 The radiator cap on this Ford model A from 1929 even had a visible level in it. A bit more creative lighting eliminated the unwanted elements around the object. 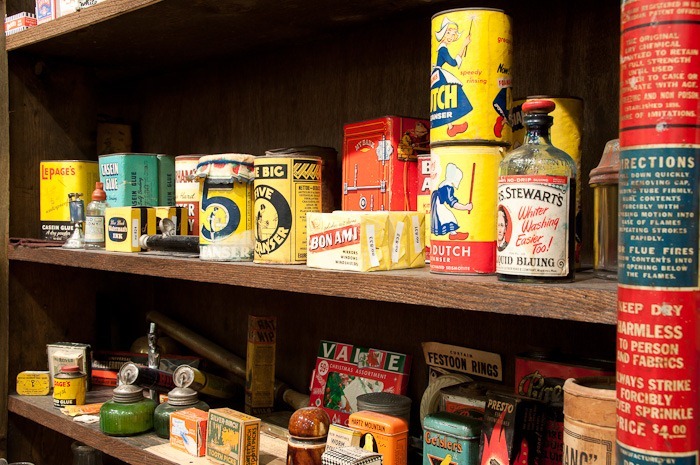 The museum has a section depicting the old shops, often attached to garages where people could also buy car-related items, such as honey and Dutch Cleanser. Hmmm, that doesn’t sound right, now does it? 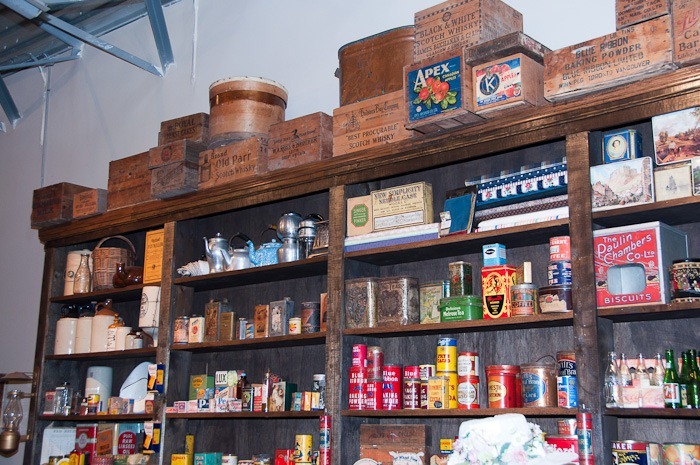 The shoppe seems to be very well stocked, although I have the impression that many of the food items are a bit dated…

Back to the car parts… 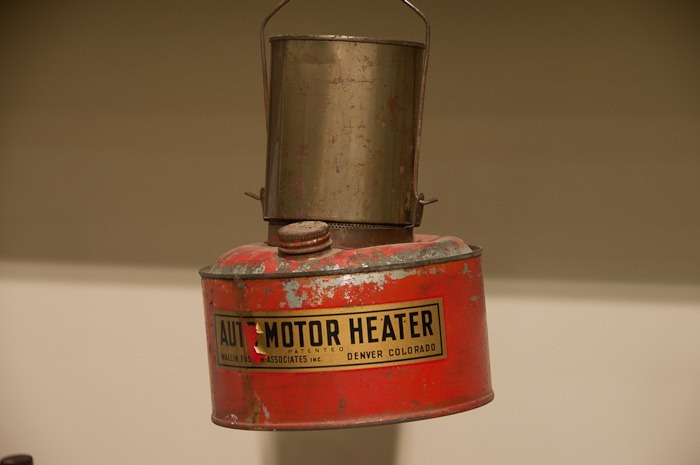 When I arrived in Canada, I was surprised to see that most if not all cars had an electric plug hanging from beneath the hood. Now, I know that this is an electrical block heater, designed to keep the oil fluid in the harsh winter periods. By –30C even oil has difficulties waking up to do its job. The Auto Motor Heater from long ago did the same job, except that it used no electricity. 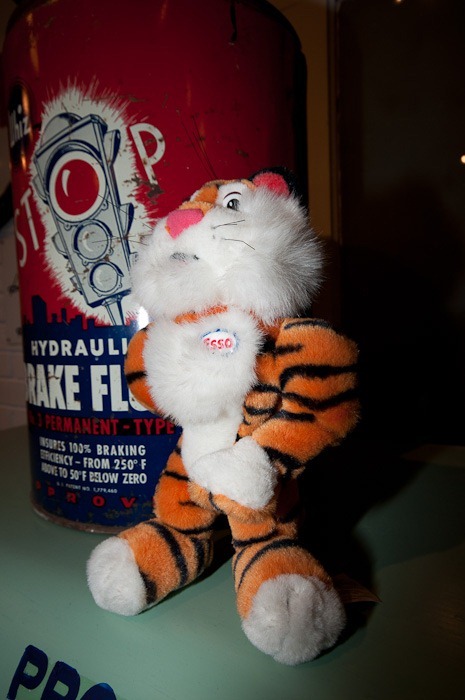 Some other exhibits are very familiar, even today. The Esso tiger was already a well known animal in the 1930’s. Its grand-children (grand-tigers) are still in business today. 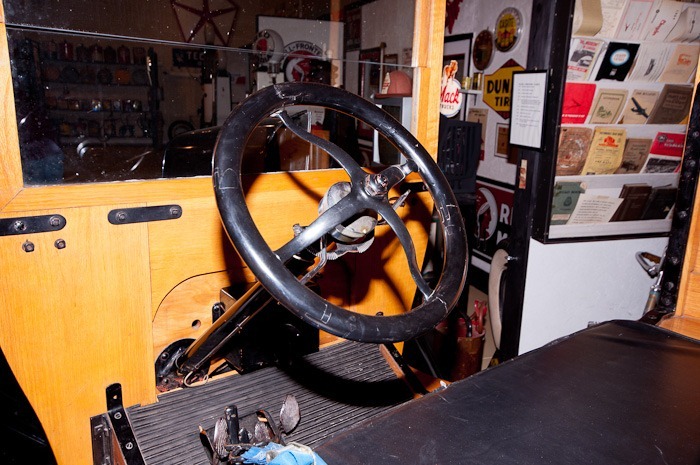 Then you get the cars with a history. This wooden panelled bus was used to transport people from Winnipeg to Selkirk, for a day out on the water. A round trip cost only 25 cents. Those were the days… 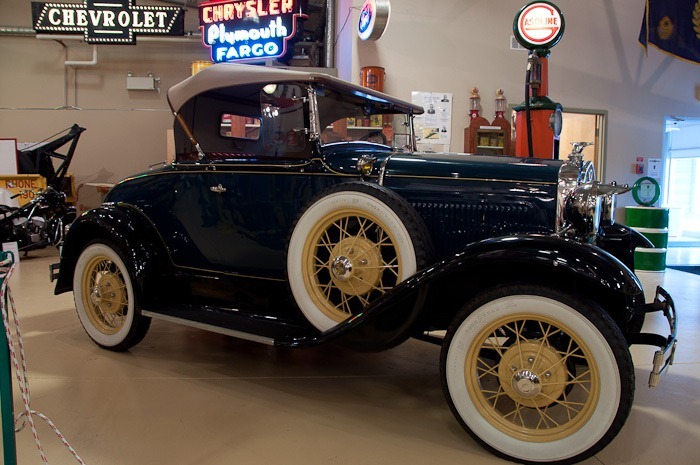 Another Ford model A, this time from 1931, beautifully restored. For our visit, the manager of the museum allowed us to remove all the ropes around the cars and we could even touch them to suit our needs. The only thing we couldn’t do was fire them up and take them on the road for a drive. 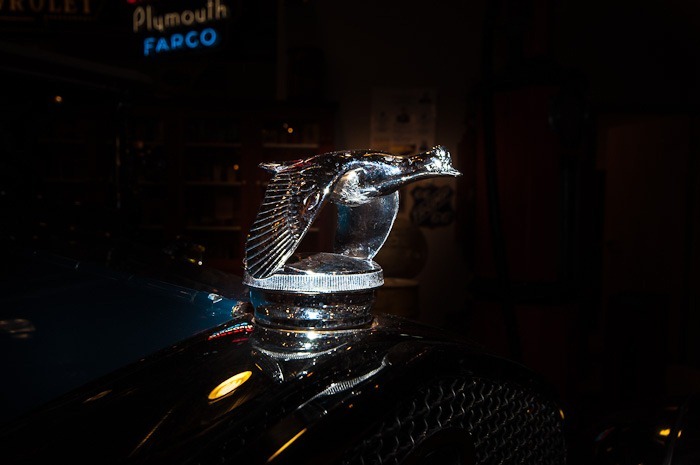 The radiator cap for this model was a quail and I thought it would be a good idea to give it some treatment to stand out from the background.

Now it is nice to see that you can take pictures everywhere, but how did it look while all those photographers were there taking their own pictures? 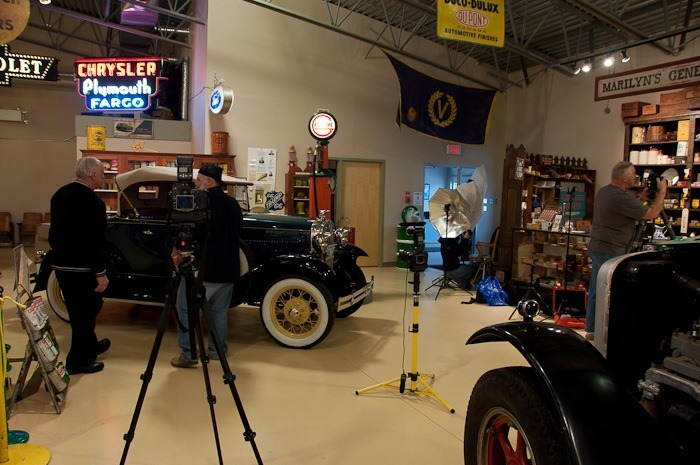 It looked very much like a photo studio, filled with material, flashes and cameras. And photographers, each concentrating on his own idea of The Frame.

If you ever find yourself in Headingley, Manitoba, go take a look in Jim’s Vintage Garages on Hwy 1, or TransCanada Highway. It’s well worth the visit.