I haven’t been too active lately, here. What do you want. A double trans-Atlantic flight, work and a lot of sleep to catch up. 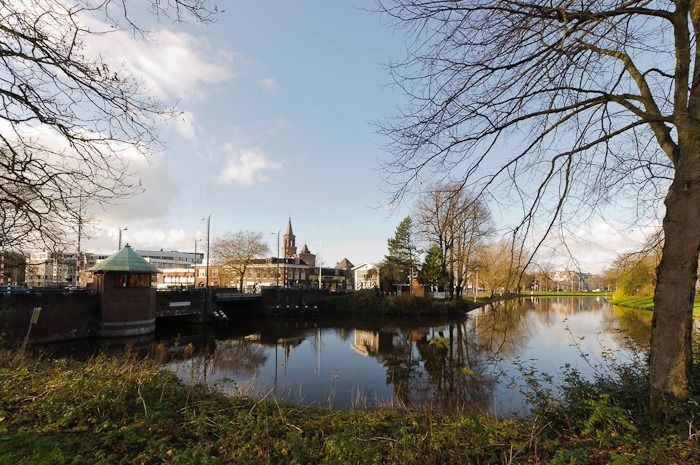 And no sleep to be had, work still takes its time and must be done. Correctly, if you please. So here is where I was in Europe, only a few days ago.

The city is called Leeuwarden and is located in the north of The Netherlands. The city roots are more than 10 centuries old and some of them are still visible.

Recently, many of these roots have been renovated and restored in their original glory. 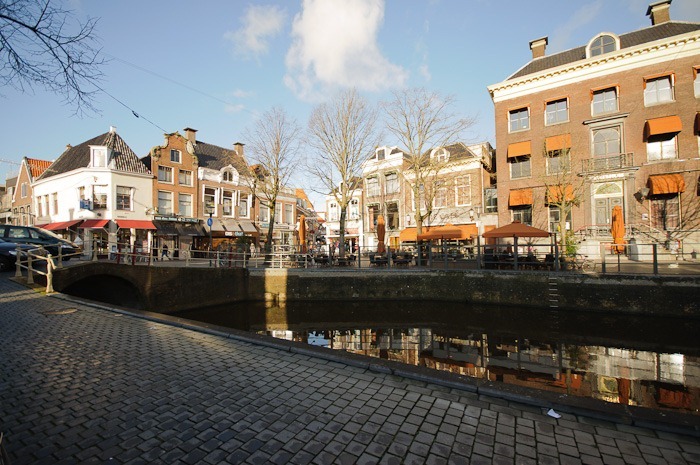 The pavement here was originally rounded stones called “kinderkopjes” or “child’s heads” or “setts”,  suitable for carriages and sleighs alike. Both drawn by horses. Obviously, today’s traffic prefers to have a smoother surface, so the rounded stones have been replaced by flat ones. That they didn’t have the correct measurements and had to come from China is a different issue… 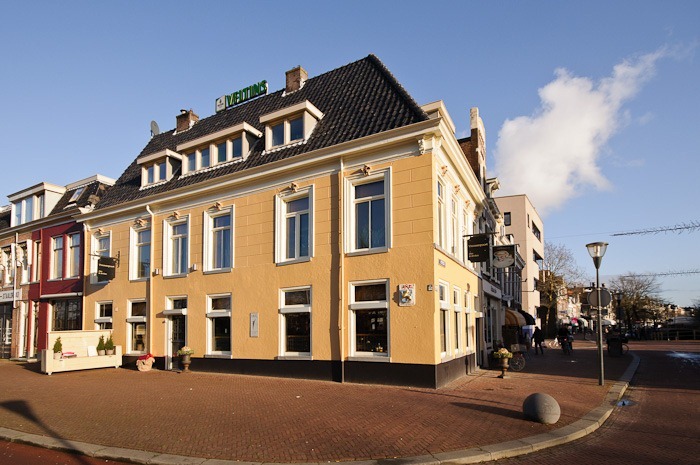 One of the older buildings still standing in the city. One would never think that buildings a few years short of five centuries old would still be in use today. Well this one is. It is now in use as a cafe and is a very popular place to go to. Date on the stone: 1567 A.D. 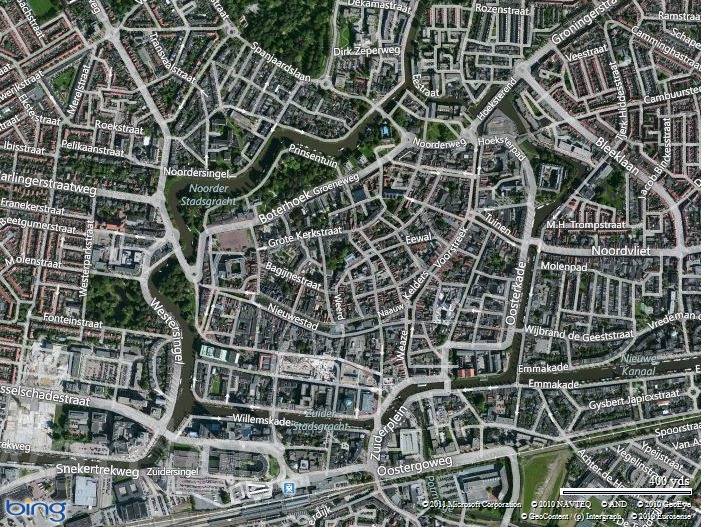 Map of the old city of Leeuwarden

The bridge in the lead picture was part of the defense system of the city. Today it is simply a bridge. This Bing Map shows how the city counted on defending itself against any invaders. 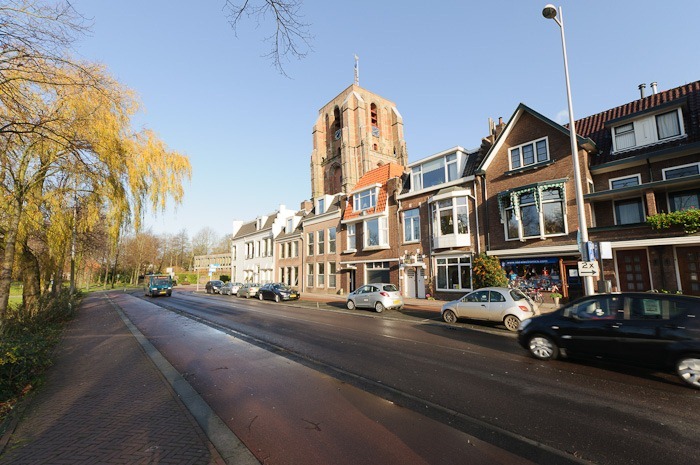 One of the oldest buildings still in the city and also one of the most remarkable ones is the Oldehove. No need to try to straighten the picture, one way or the other something stays crooked. More about the Oldehove can be found here. 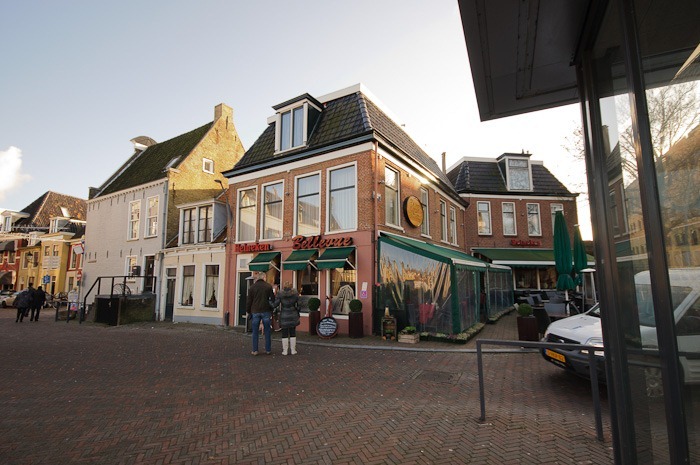 Walking behind this crooked tower, you can find old cafes and eateries. Those buildings, however, are not nearly as old as their towering neighbour. 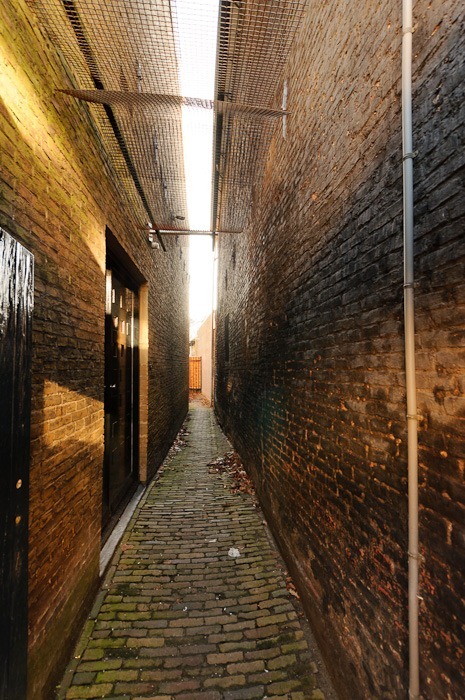 When you go a little more to the center of the city, you get to places that are older and older. Some streets are definitely not suitable for other than pedestrian traffic. I wonder how one could try to park anything in there without hindering everybody 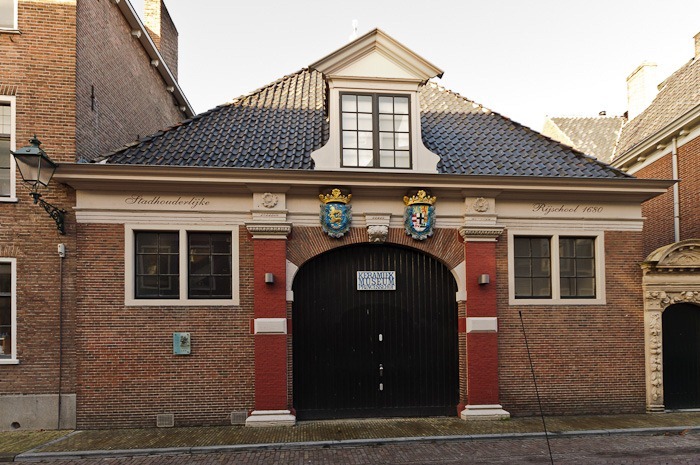 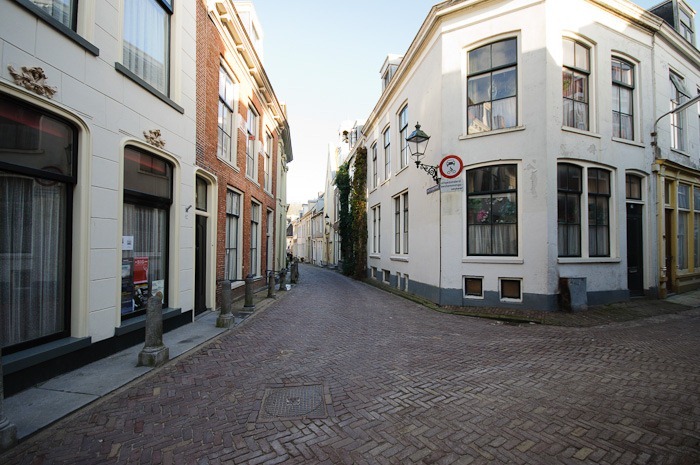 Talking about the streets and showing only the narrowest one is not very fair. Better to show one of the wider streets of that same period. This street is called the “Big Church Street” and is located on one of the man-made hills created for the city. 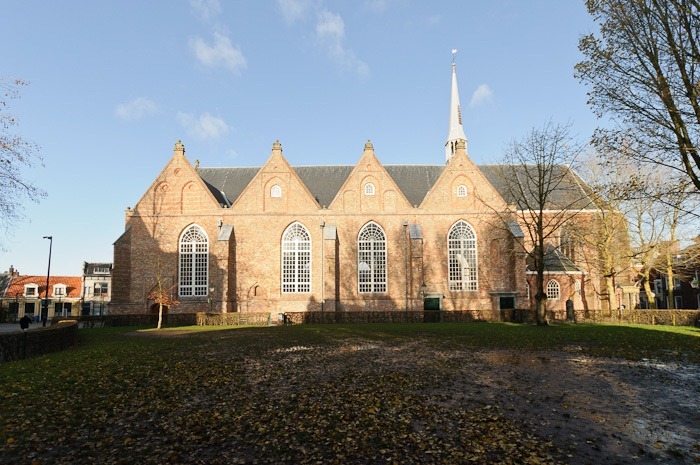 Churches were very important in that period, the bigger the better. Certainly the churches had to be bigger and higher than those of the neighbouring cities. This church is called the “Big Church” and definitely is big. One day I will show you the inside. 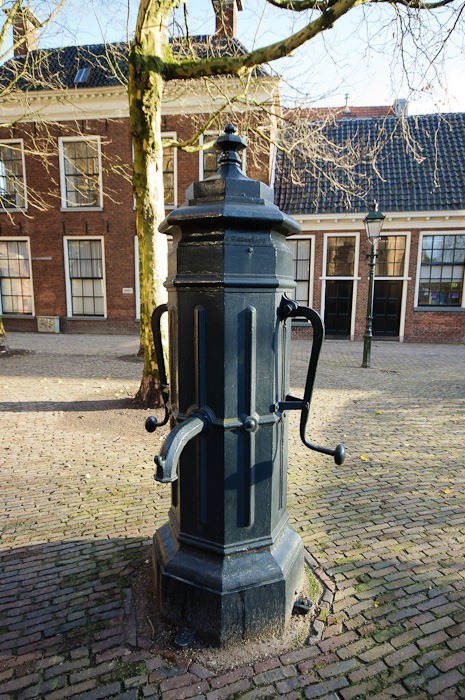 To keep the atmosphere in the epoch of when the church was first built and used, a pump was put back on one of the original water pump spots in the city. Today it has been shut, the city does not believe that the water is healthy enough for consumption. 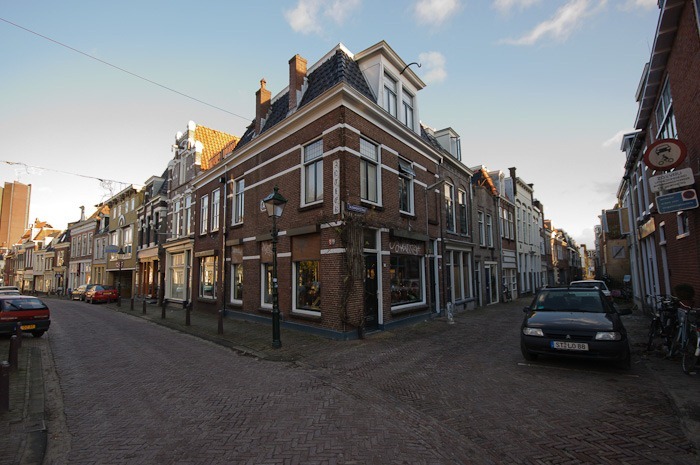 Although the streets are narrow, traffic still needs to get through. Even parking spots have been created, making the streets even narrower for the other traffic. Walking through here, one travels through time, further and further back. 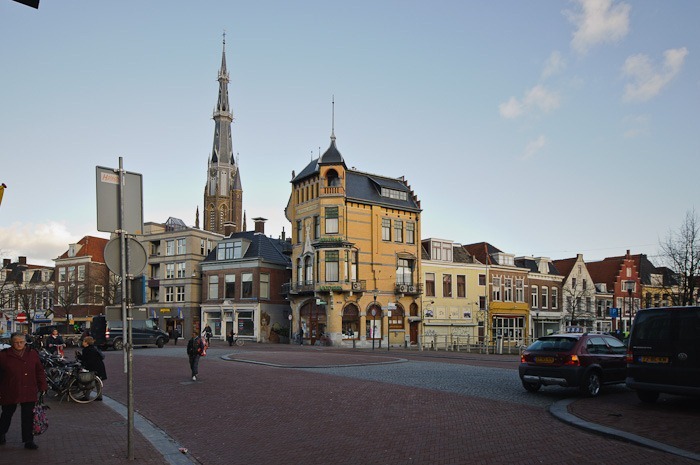 The church tower you see here is quite old and quite new. As one of the older churches in Leeuwarden it hadn’t had much maintenance for years on end. Lack of money or lack of interest, I don’t know. In November 1973, a severe storm simply toppled the roof of the tower into the adjoining church. It took nearly a decade to rebuild the tower and restore it to its former glory. This time with enough safety measures to withstand any future storm. 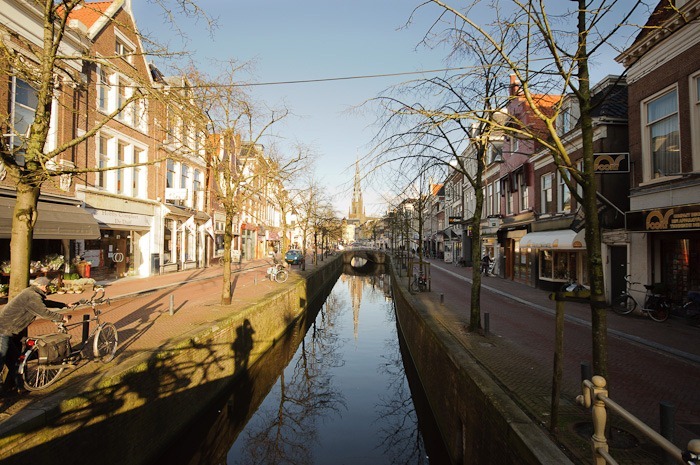 The city’s origins can be traced back to merchants and “guilds” making sure their trade could not be exercised by unskilled people. The canal you see here is one that was there when the city was born, nearly a 1000 years ago. Although the stone walls have been made later, the canal was already there in 1138 AD. 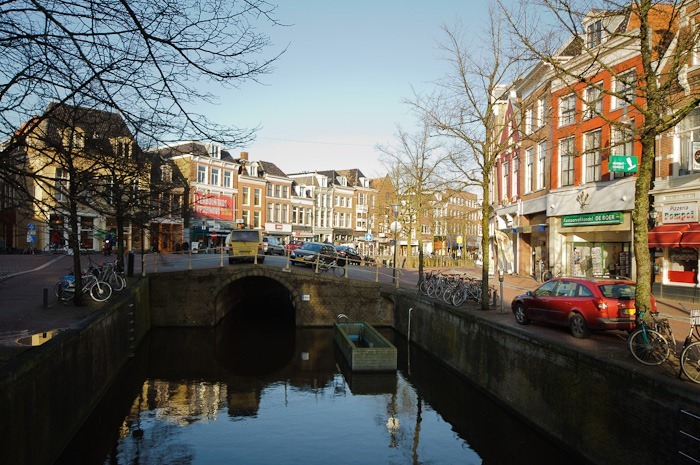 The bridge type is called a pipe, This one is mentioned and drawn in documents of 1140. Many of the houses on the right side did not exist, but the ones on the left side already existed in those days.

To say that Leeuwarden is an uninteresting provincial city is a mistake. It makes for a very  exciting place if you are interested in history. Much more can be seen and heard if you care to look and listen. Why not try and go there yourself?