Either you are one, or you’re not. That’s the general idea about people who love to go out by night and sleep during day time. 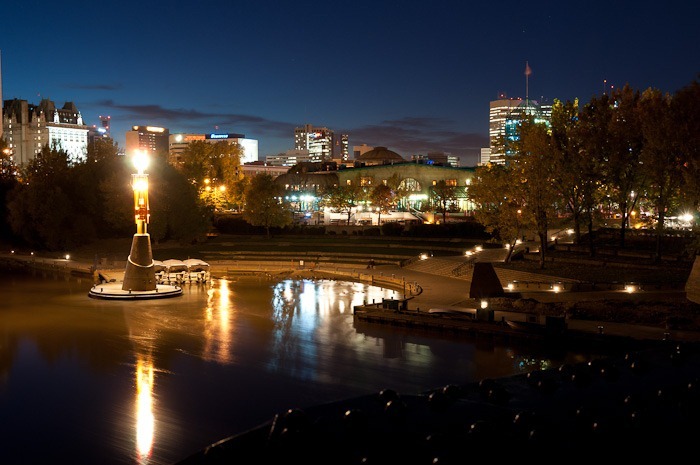 I guess I must be a kind of hybrid here, some sort of mutant. I am not asleep during daytime and I love to go out during the night. At least for

photography that is. Bars and night clubs, however, have no appeal to me.

Lately I have been going out at night a little more, trying to find some good places to shoot and, more important, come back with some good pictures.

Starting at The Forks, with the lead photo, this was a pretty cold-ish night for a late September. After the beautiful warm summer we have had, temperatures of around +15C seem really cold. 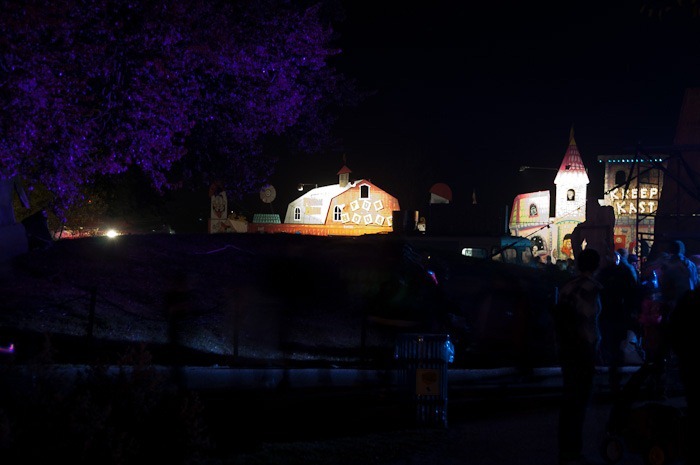 Handheld, not too bad, eh?

The Boo at the Zoo event at the Assiniboine Zoo for Halloween is another event that I try not to miss. However, color accuracy is not on the menu in this case, funky lights are everywhere and are set up to scare people. Not so much for the color-accurate photographer. 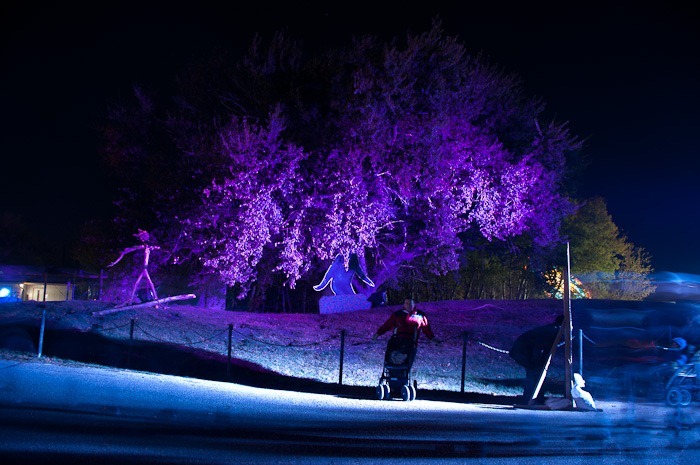 Now what kind of tree would that be?

Trees that look purple, as well as the people below them are a bit odd, but at Boo at the Zoo you can expect everything. For this shot I did take my tripod with me, it is an essential tool for night photography. 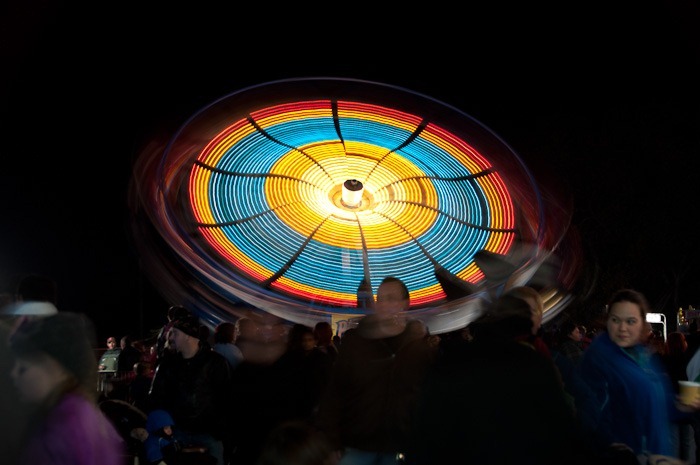 This year, the event also had some extra attractions like the one above. Nice lights and great for photography. 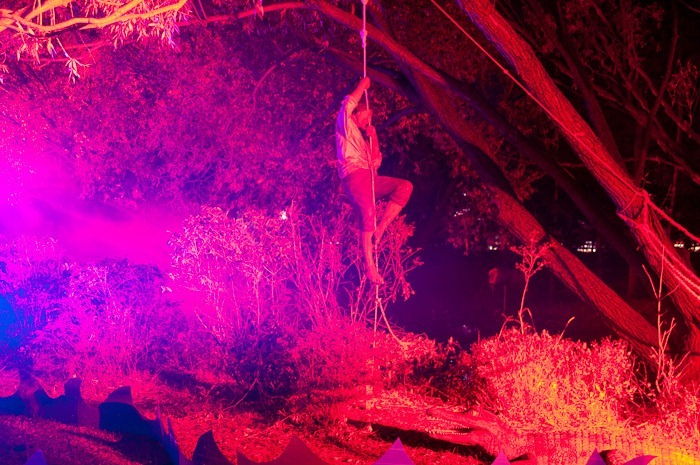 Pirates in the trees

As for nature’s colours, well, that evening I had to look elsewhere, they were there, but in an unexpected place. 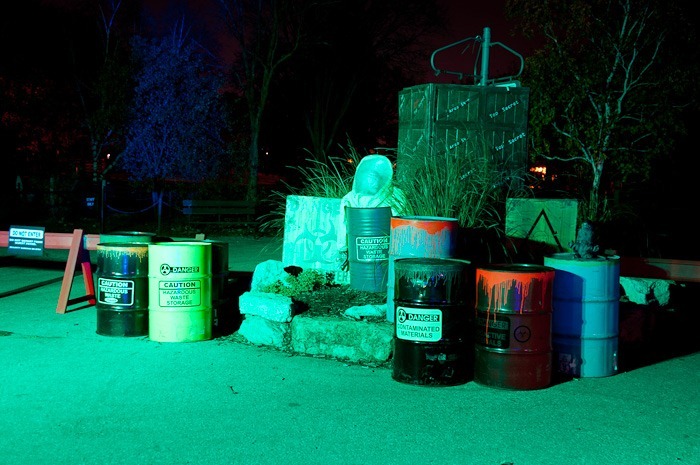 I tried to get the toxic colours here, and I think that the waste drums will tell the story as well. Again, handheld, the tripod was a few steps behind me. I guess the “dry” politics of the province of Manitoba have their good sides too… 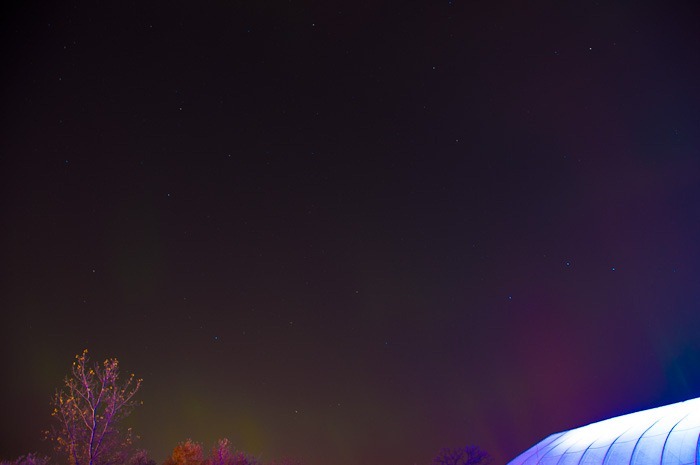 As for the unexpected colours… well at the end of the Boo show, I pointed my camera to the sky to get a few star shots. Because of the tent in the right bottom corner, I didn’t think about the streaks of light. I thought they came from the lights below. What I did capture though was one of the strongest Northern Lights of the year, visible even in the city. Usually you have to go to dark places to catch them. 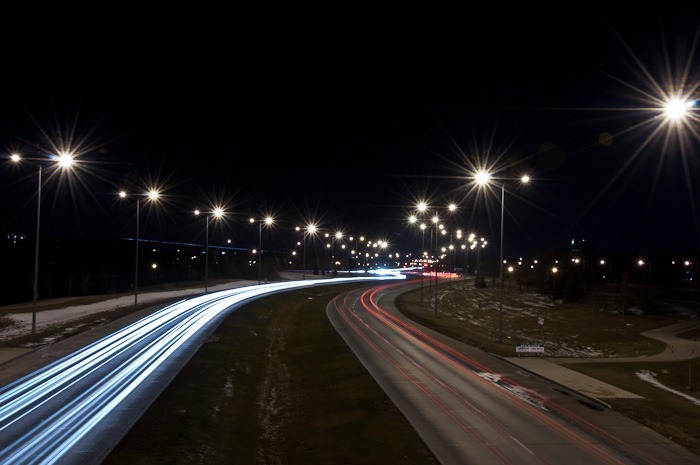 A few weeks later, the group of the Manitoba Foto Friends decided to take an evening on the Moray footbridge. It was already pretty cold, the ice was freezing on the bridge. I regretted not having taken some winter shoes, walking on ice with summer shoes is a risky business.

The above picture has been colour “corrected” the sodium is mostly filtered out to make way for the more natural colours of the scene. 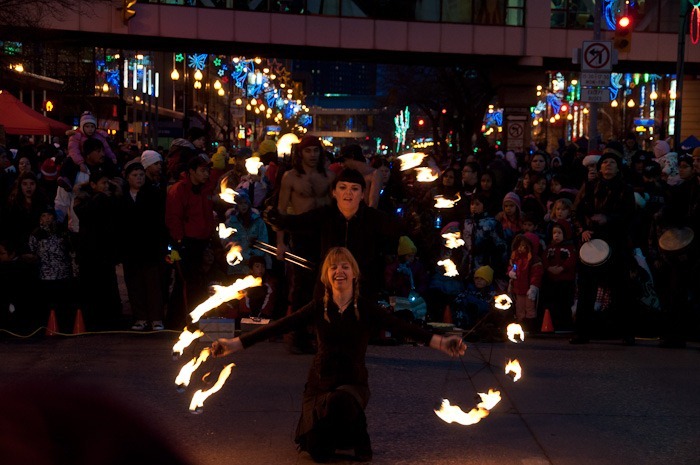 Then… The Santa Claus Parade. Santa Claus arrived in Winnipeg on November 12. Of course there are plenty of photography opportunities during the parade. From people playing dangerously with fire to people shots in an unexpected place. And yes, the guy half undressed in the background was part of the show. The rest of us were dressed in heavy coats and hats. 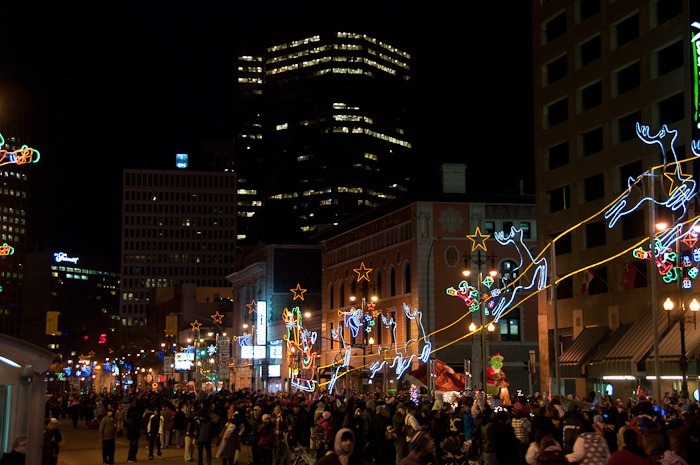 Portage Avenue is one of the city’s busiest streets, so to see people walking on it is quite unique. Of course, traffic is being rerouted through other streets for this event. 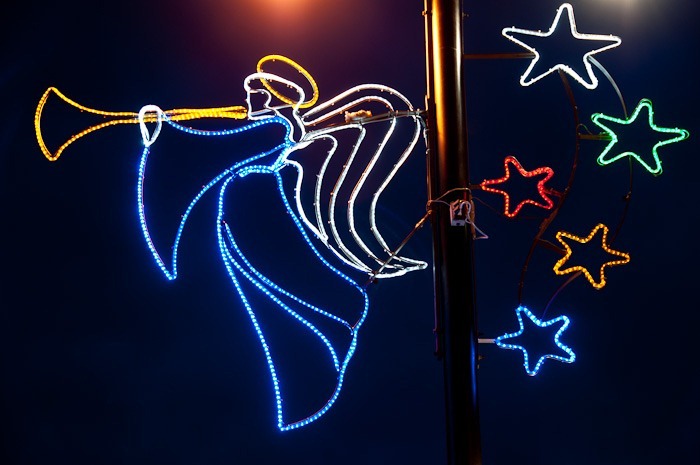 It was also the moment when the Christmas lights were lit for the first time of the season. They had been hanging there already for a few days, but had not been lit. Interesting to see that Angels and Stars alike are nowadays powered by 110V. I always thought they had light of their own. 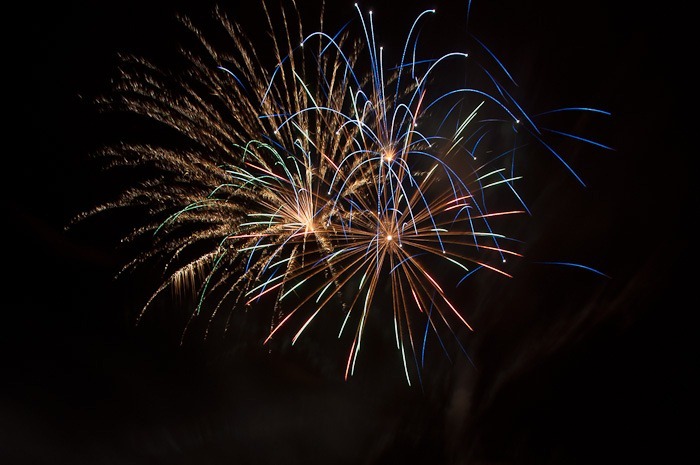 A lot of blue this year

At the end of the Parade, there were fireworks. Not much to say about fireworks, I have already posted about them a few times. This time, however Archangel Fireworks put a lot of blue colour in their fire. Quite an interesting, but short, lightshow. 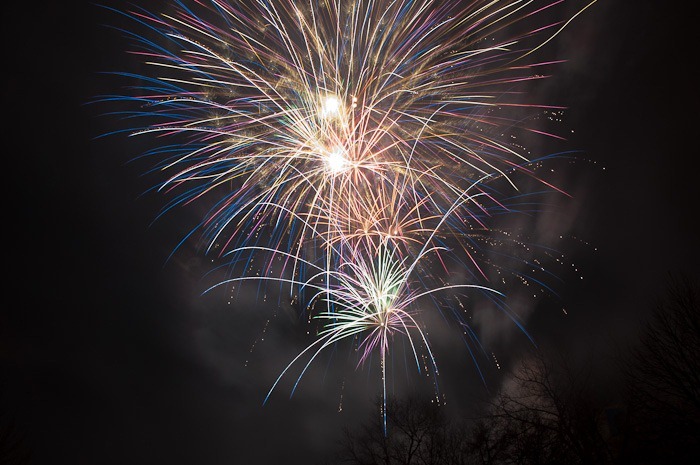 But whatever colour fireworks have, they are always a great photo opportunity, even if you have to plug your ears to enjoy it.

That was me, playing the night owl for the last few weeks. As you can see, taking pictures in the night can give some nice results.

Until next time, the season is about to change again, a little snow, a little ice and frozen thermometers are expected in the next few weeks!