Going to New York might be a small affair for millions of people, for me it was big. Never been to NYC in my life. Then I get to spend 2 days there, with part of the time taken with official business. 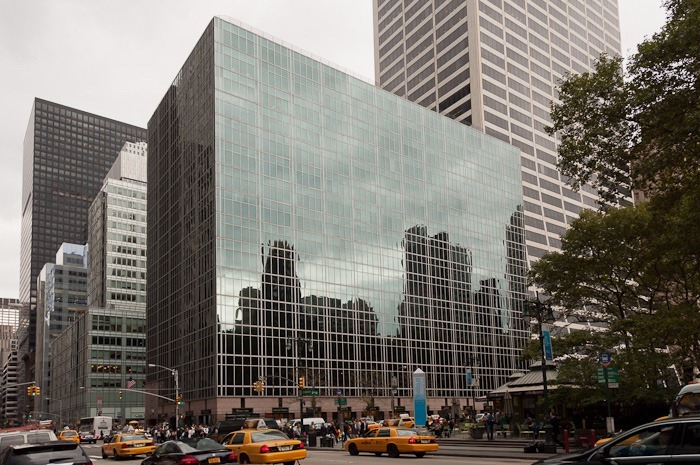 That left me with little time to shoot. But I still managed to get away with nearly 250 shots. Some good,

some throw-aways. Loyal to my shooting style that does not include high-speed shooting and hoping one frame out of the 10 or 12 shots will be good, it’s a nice performance. Getting so many usable shots, that is. 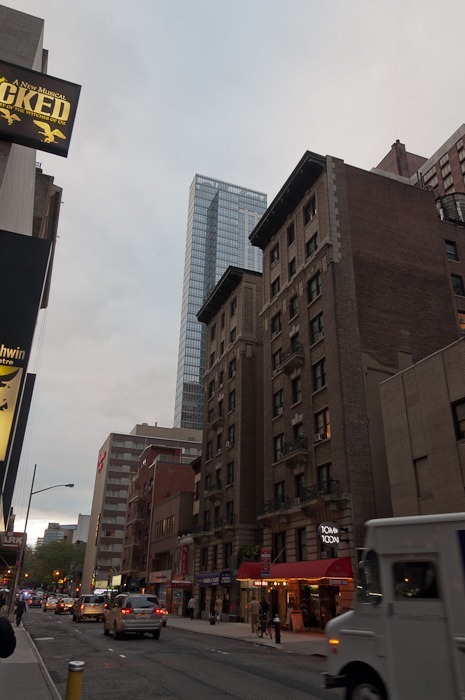 You can also find old brown brick buildings that are in use, not dilapidated and in the middle of Manhattan. Ok, these brick buildings are not as high as the other skyscrapers, but it’s great to see that not everything has been transformed into glass. 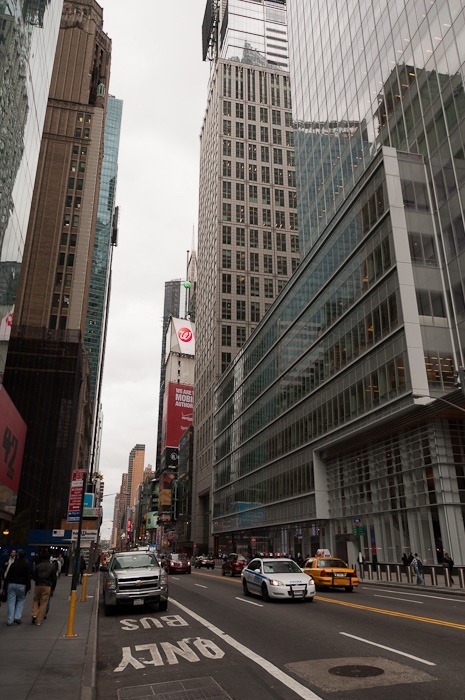 A typical view of Manhattan

While most of the streets are really busy, like this one here, some streets also have more than one function. Other streets are pretty calm and one can walk in the middle without the fear of getting an acute steel indigestion. 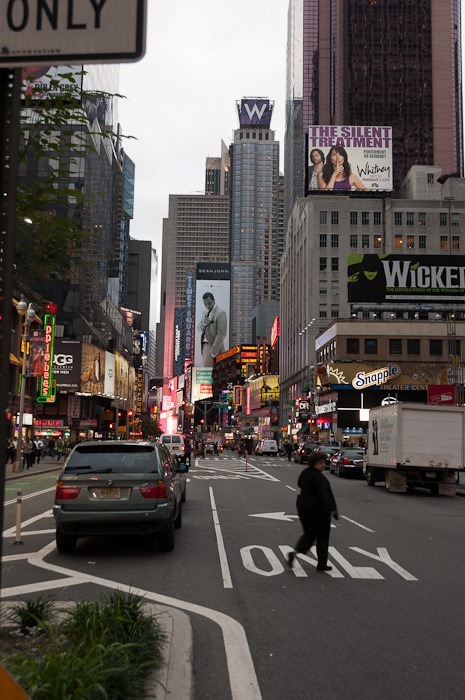 Broadway seems to be way calmer than most people think or even calmer than what is shown on television. Perhaps it was only that I was there on a Friday and Saturday evening, who knows. 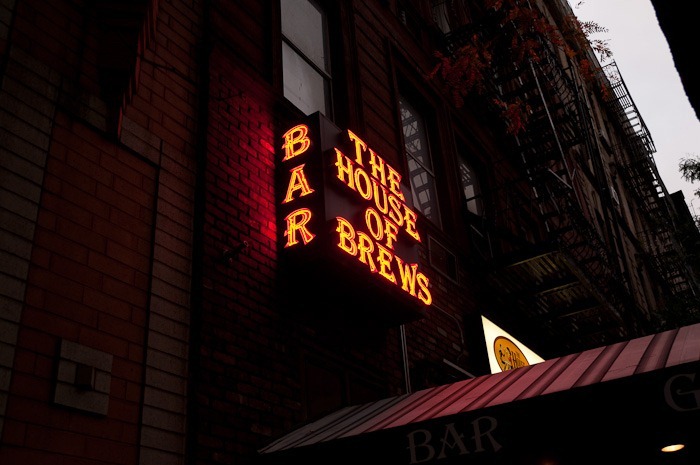 The House of Brews

But if you go to New York, you should not be keeping yourself to your hotel. There is nothing that any other hotel cannot offer you elsewhere in the world. So, when I was invited to a party in a small ale house, there was no way that I was going to say no. 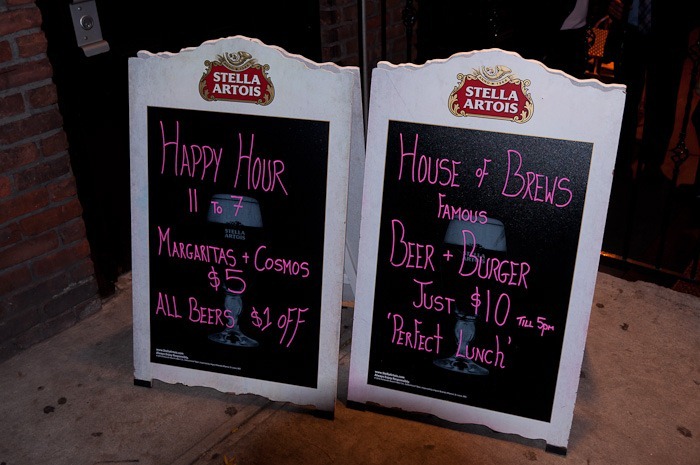 On 52nd street the House of Brews is such an ale house and they serve all kinds of beers. This time I tried to avoid the usual Stella and Heineken and tried to go for the more local beers. With a burger to accompany it, of course 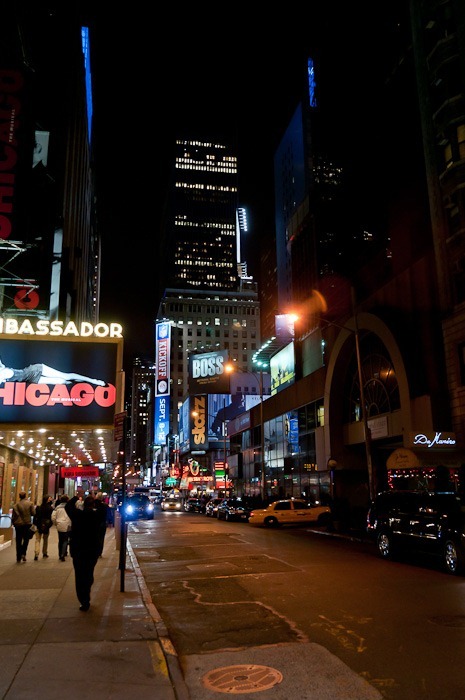 Once the evening was nearing its end, we decided with a little group to explore a bit of the surroundings.

Thinking that you can explore all NYC in one evening, with a pounding headache to top it off, is an illusion. So, after some Tylenol and some fresh air, I was more or less ok again. Small streets showed there are people around, but not the masses you’d expect. 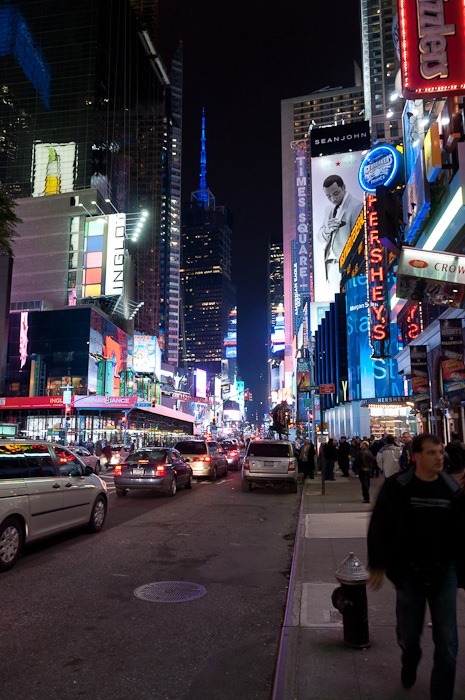 Times Square, on the other hand, has all the people it needs, and then even some more. Times Square, always shown as a huge place on TV, when New Year is near seemed rather small and cosy to me, contrary to what I had in mind. 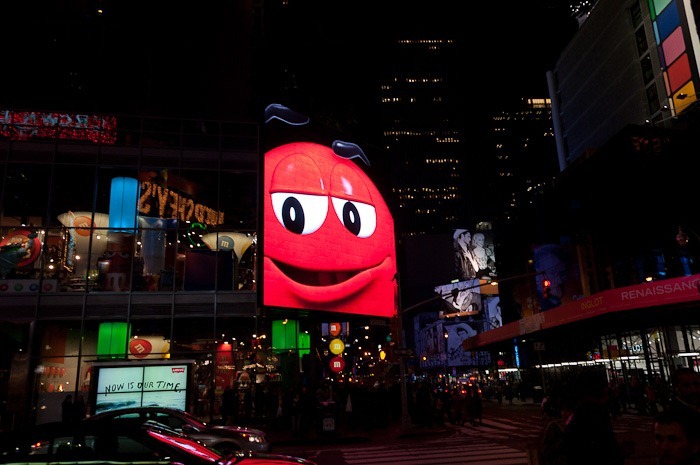 In fact, it was Red here that pointed me to the fact that I was near Times Square. Had I been alone, I might even have missed it. The place is “heavily” guarded by the NYPD. Probably only to avoid too many people in one place to keep it from going dangerous. 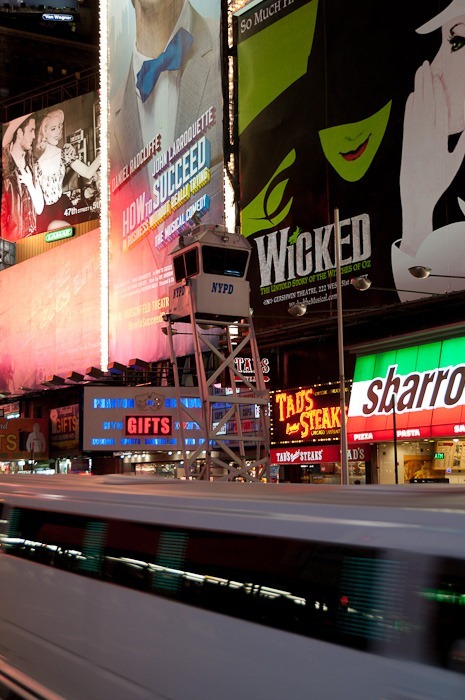 NYPD is watching you, or are they?

Limousines are all over the place, not even worth photographing. After Times Square, we walked to 5th avenue. Also called Madison avenue. We didn’t get to Madison Square Garden though. Too far to walk. We did end up by the Rockefeller Center. 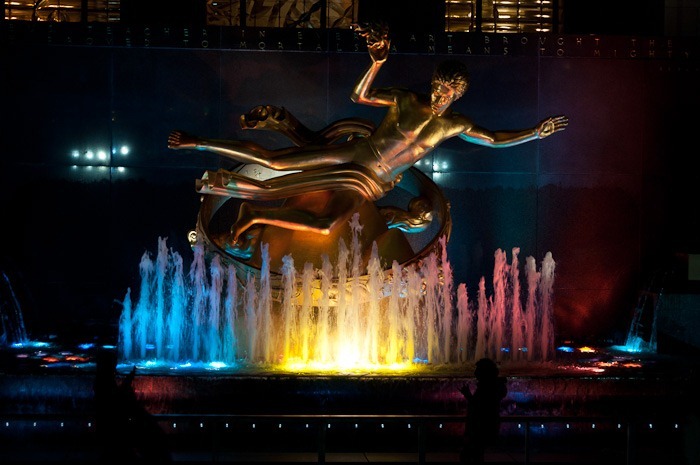 On the base of the Rockefeller Plaza, Prometheus is offering mankind his fire. Since he is doing this near the skating rink, fire and ice it shall be 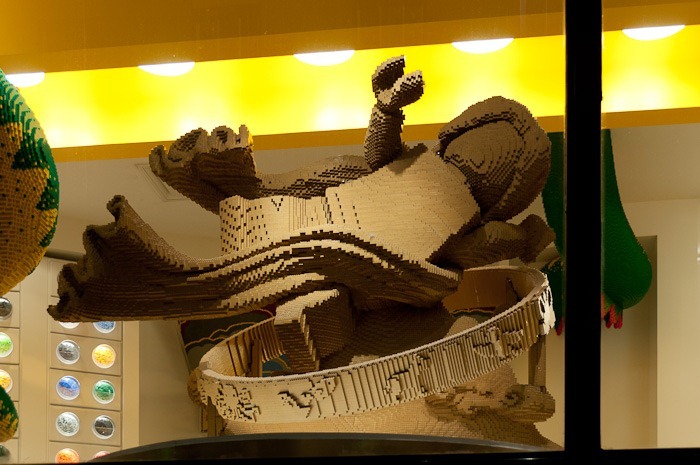 Nearby, the Lego ™ company also offered a version, albeit in Lego ™ form… Now that is a long way from the Lego buildings and car I created when I was a kid! 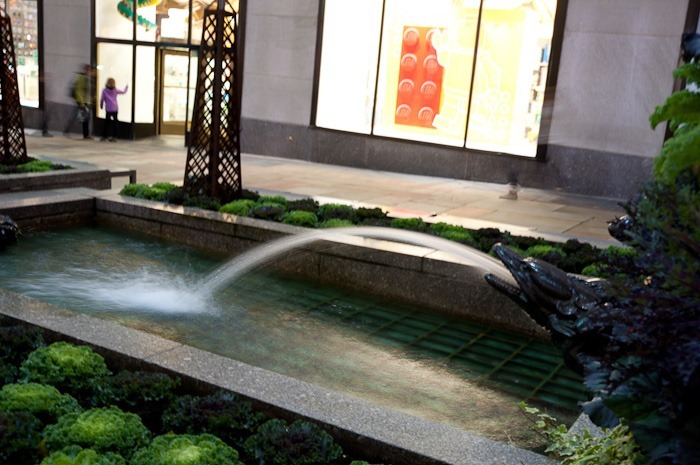 Looking away from the Lego Prometheus, I tried to get a shot of the fountains. Handheld with this little light and the will of not using flash for this resulted in a slightly blurry picture, though. 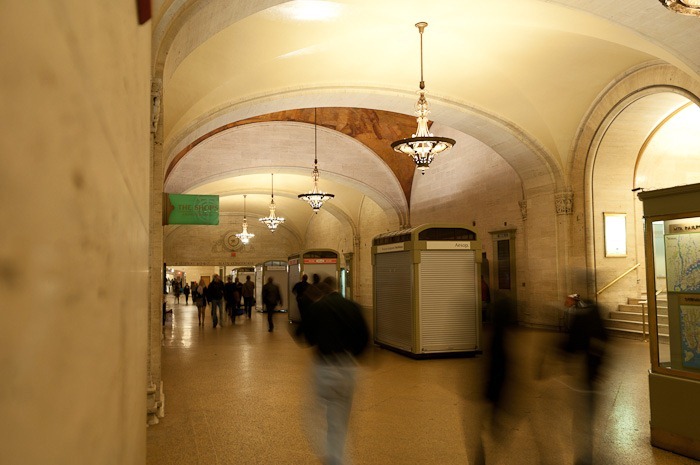 From there on, it was a straight walk back to my hotel. No more energy, not even enough to click the shutter button.