Of glass, steel and concrete

What better image can we think of than glass, steel and concrete when we talk about a city? Then, what city can you think of that fits that description best? 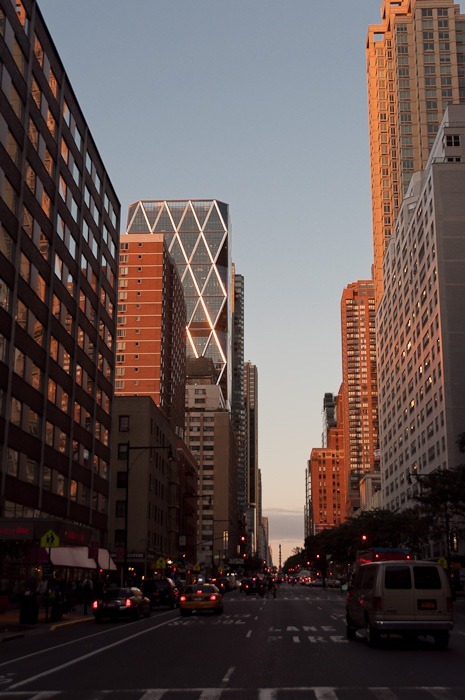 Last week I was in New York and had the chance to look at this city for the first time in my life. It will probably not be

the last time. As much as I love nature and peaceful environments, New York, at least the part where I was was surprisingly interesting. I say surprisingly because I would never have thought that I would enjoy a huge city like New York. 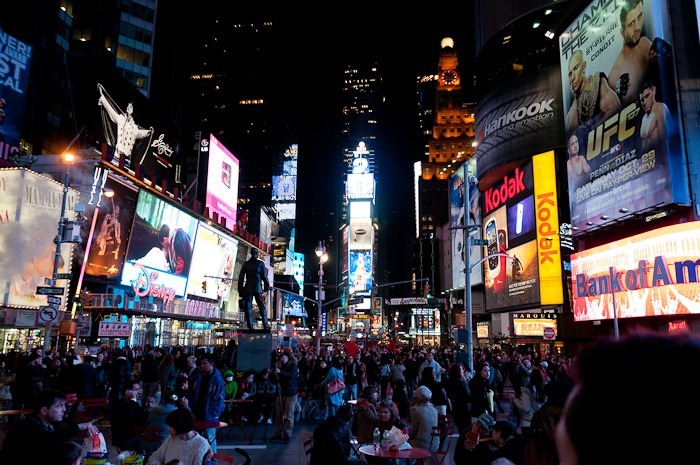 You always hear about Times Square, and see the light ball coming down for new year, on television. This time I was walking on that spot. By night, it is as crowded as it is by day, but the lights are better by night… 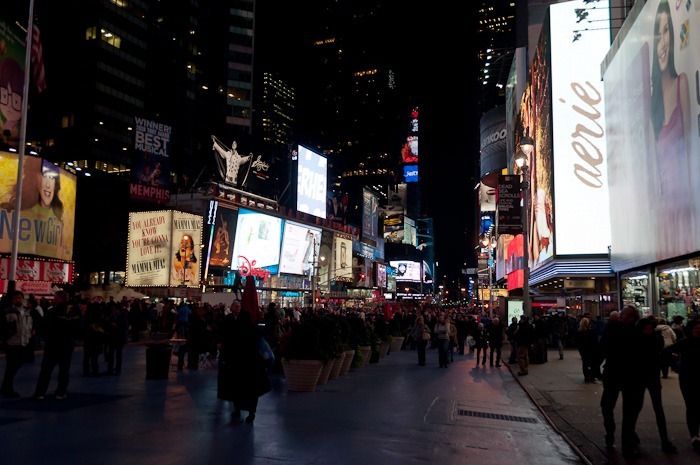 I bought a photo bag, especially for New York so that I didn’t look like a photographer. Apart from the fact that this bag is a bit handier and smaller (and so, lighter) I could have saved the money. Literally everyone is walking around with some kind of camera.

At least all the tourists are. 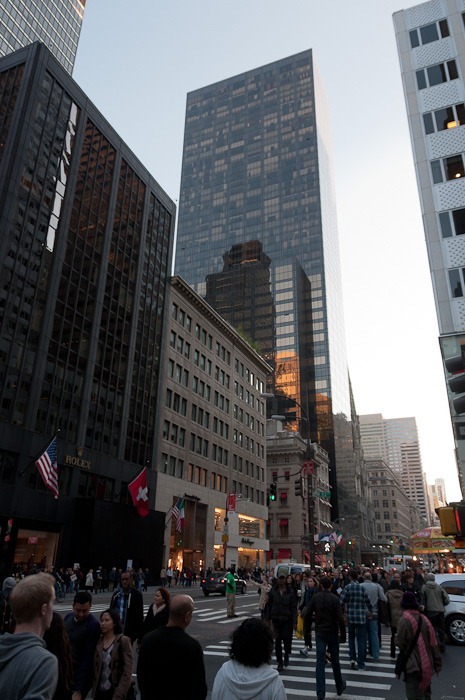 During the day, Manhattan is busy. And to say that I was only there for a weekend. I cannot imagine how busy the streets are during the week or better, during the Season’s Holidays… 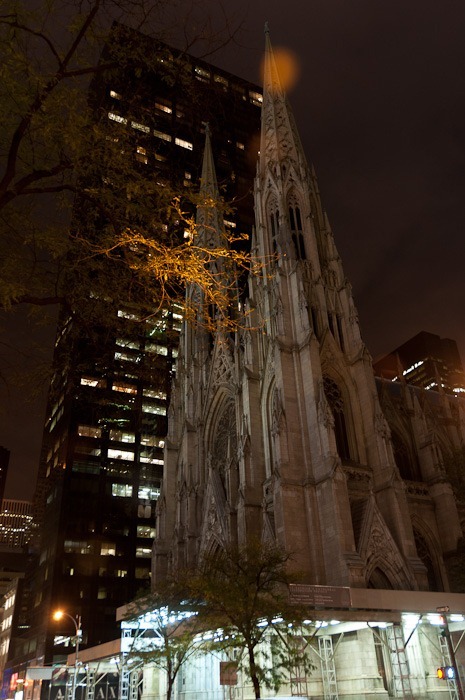 So, instead of trying out the hotel’s sleeping accommodation I decided to go and walk the streets during the night. It presented a few challenges to get the right pictures. But, as always a city is full of more or less sturdy lampposts. New York is full or them and most can be used as a fairly stable monopod. I wouldn’t have gotten the above shot of St. Patrick’s Cathedral on 5th avenue without a sturdy lamppost. Lens flares are included for free. 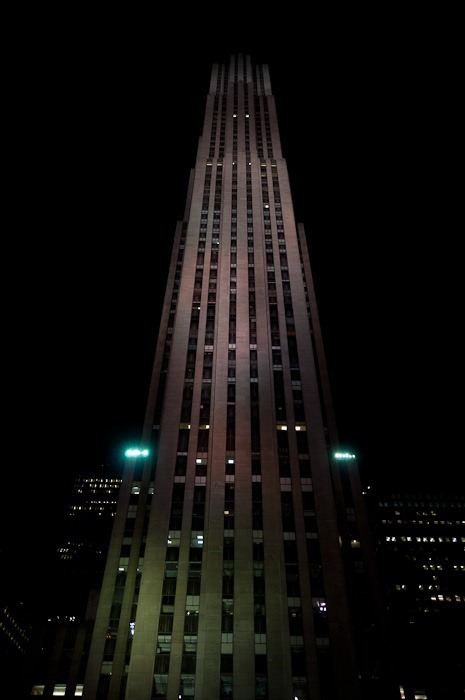 During the night, this building seems simply endless. 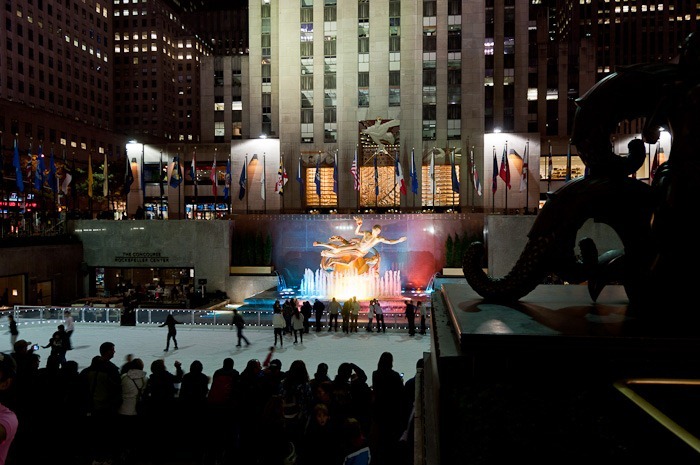 Skating at the bottom of the Rockefeller Plaza

The Rockefeller Plaza was full of people, even around midnight. Great to see and great to know you can go skating on ice in the middle of Fall. I don’t know about summer. 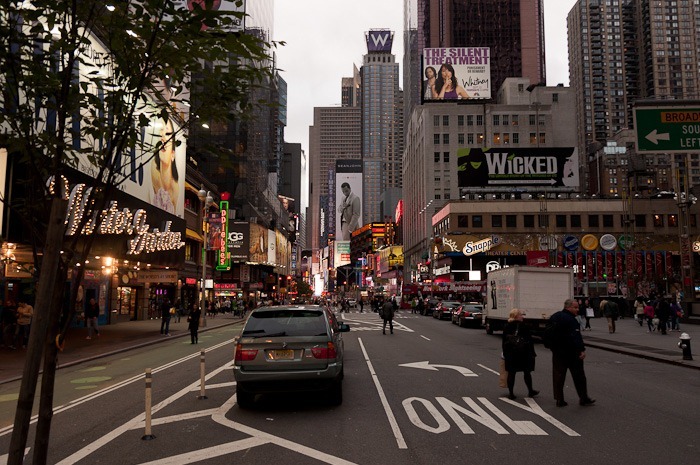 On Saturday, I had some business to attend to, but as soon as I was free, I went back to the city to get some more pictures and impressions. Broadway was always very wide in my mind, but the reality is quite different. I am pretty sure though that all the theatres would never want to be anywhere else than on Broadway. 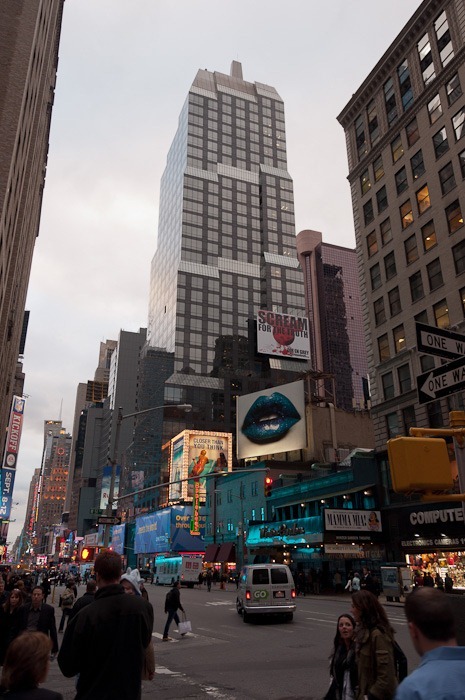 Some plays seem to be given in more than one place at the time, unless I didn’t understand something. “Mama Mia” seemed to be playing everywhere. 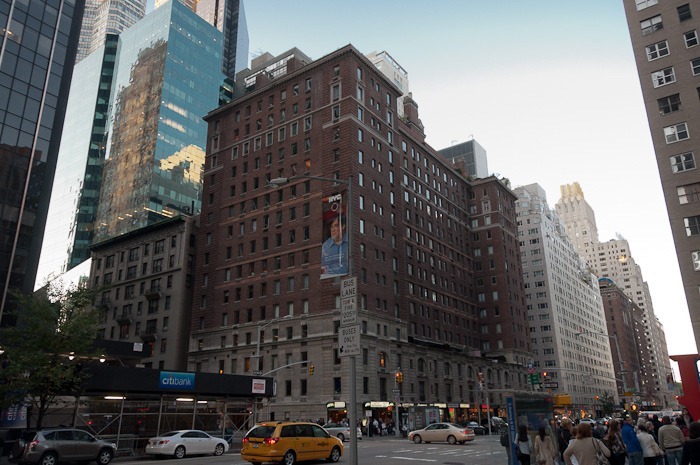 With the little information I had gathered before my trip, I thought that a Saturday afternoon in a pure white collar business section of the city would be pretty empty. Perhaps in other cities, but not in Manhattan. 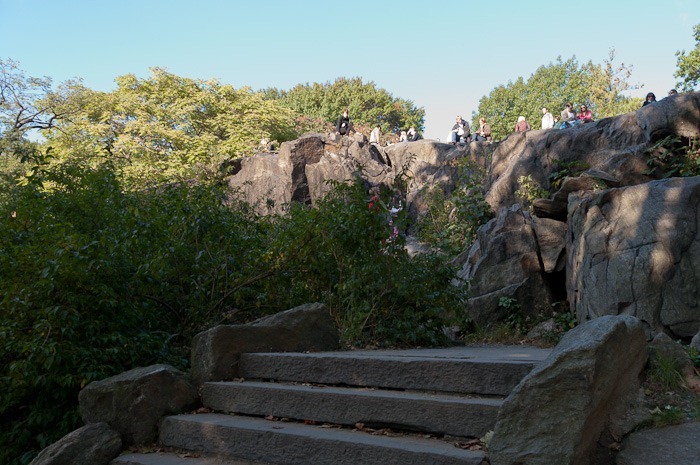 Then I decided to go and see famous Central Park. The lungs of the city. I can easily understand that one. One thing that I didn’t know (ehm… one thing?) is that the ground seems to be pretty rocky. Understandable if you see the huge high-rises and skyscrapers. There is no way you can build something like that on muddy ground. 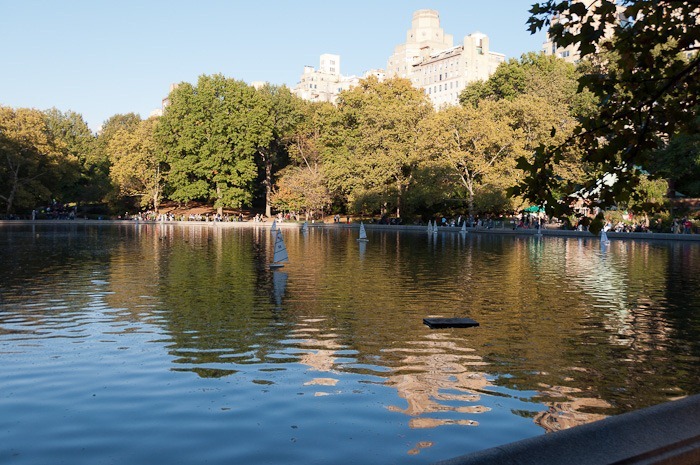 Central Park is definitely a contrast with the rest of the environment. Nice and green, even in the end of October. When I left Winnipeg on Friday, the thermometer announced a joyful –6C. Arrived in New York, +17C. 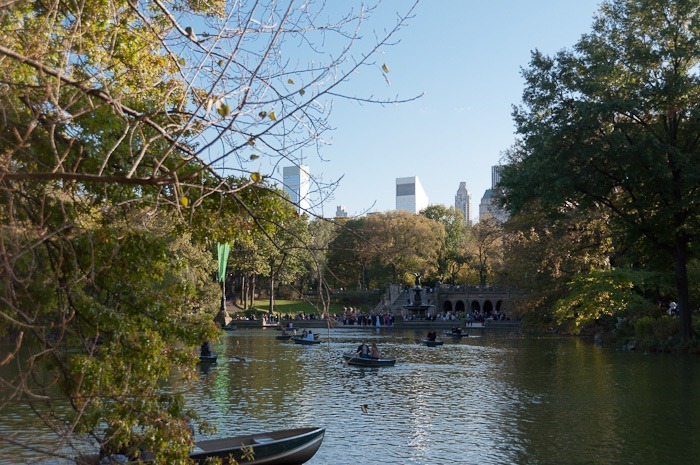 Wherever you go in Central Park (except under bridges…) you can always see some kind of building not far away. 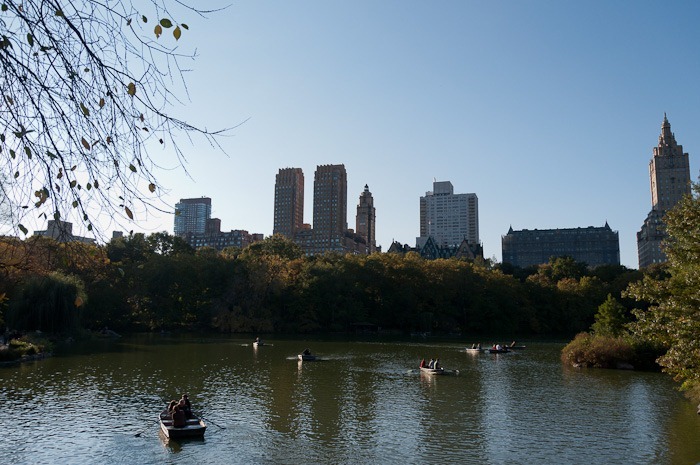 It is the favourite place of many people to come jogging, running, biking and a do lot of other activities. The weather was simply gorgeous for all kinds of activities. And photography was also part of it. In the Park there were even more cameras than in the streets. 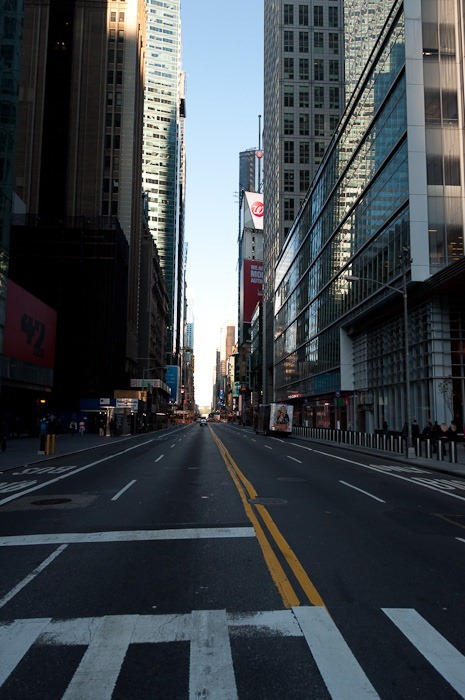 Later in the day, I was walking again in the streets. Some of them had been closed for special activities. They were being set up, I have no idea what they were to become. The streets were nice to photograph that way. No cars honking their horns to get me out of the way. 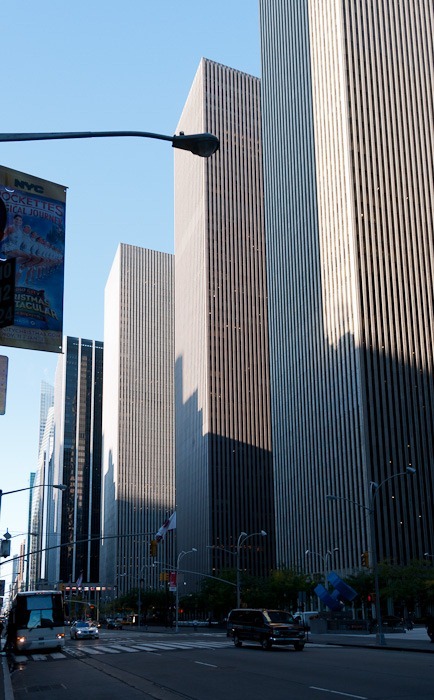 That evening, after another party with the people I was working with, we decided to do a small trip through Manhattan and over the Brooklyn Bridge.

That last one was closed for repairs or maintenance. Marian Konop was definitely a good guide to get me to some places where I couldn’t have walked to. 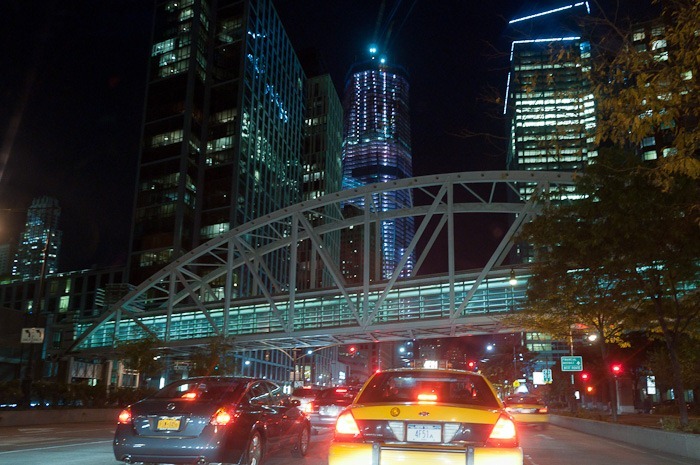 Here, for example, near Ground Zero. Way too far away from my hotel. At least that is what I think now. Perhaps, when I get back here in some time, I will find that everything is close together and will be trying to explore more of the city.

For now, my first impression is that I will want to come back. The place is clean, noisy and welcoming enough to try it again