It’s hard to accept, but summer is gone. The lingering warm temperatures are also on their way out. Now is the time to butcher the pigs and make sausages for the winter. 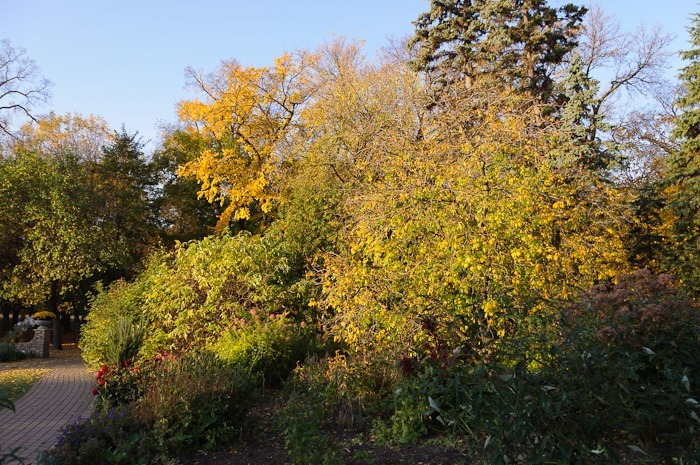 Now is also the time to capture all that colour that is still here. Instead of complaining about the lost summer, be happy about the colourful surroundings we have now. Let’s enjoy it and

absorb whatever we can from this period of the year! 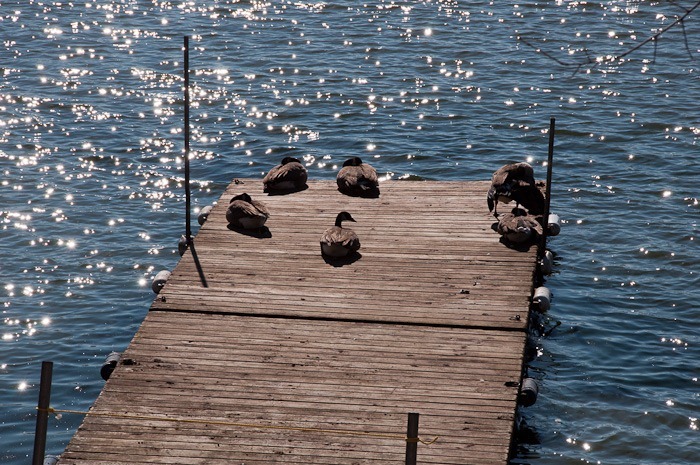 All that nature proposes will always be “less” than last summer. Get over it. So let’s find that colour, because that is what we, photographers, are after. These geese, are simply soaking up the last warm rays of sunlight before there migration to warmer climes. They found a way to enjoy this period of the year. 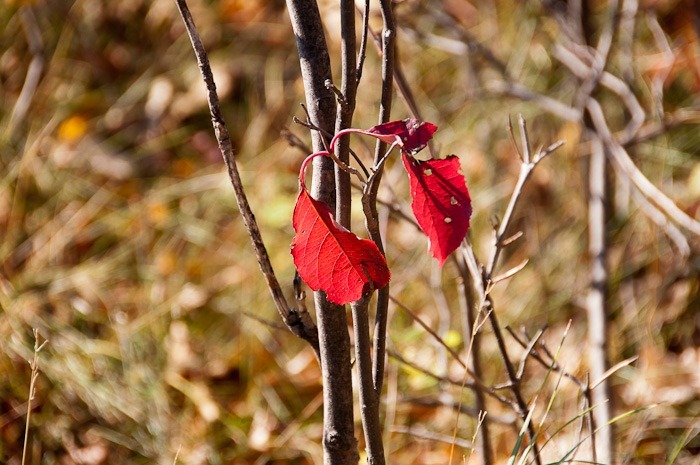 So, we need some colour in our lives. The colours here are vibrant, no pictures have been manipulated to show more colour than there was originally. Shooting the leaves with the sunlight pouring through them is allowed, though 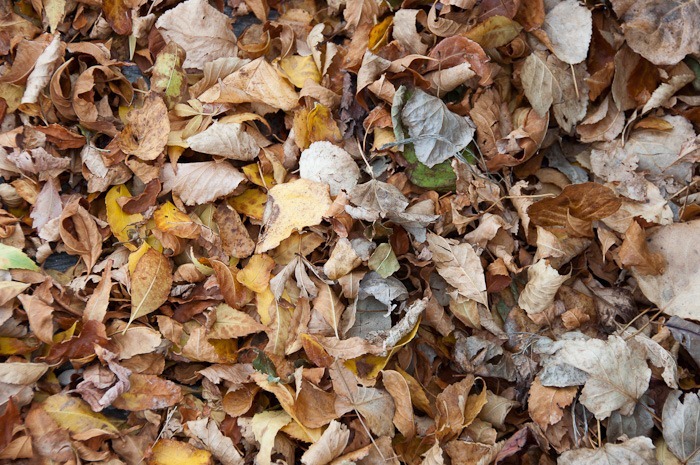 Fallen leaves always make for at least one good picture. Shooting them everywhere may result in a more boring photo album though. One picture like this per year will do fine… 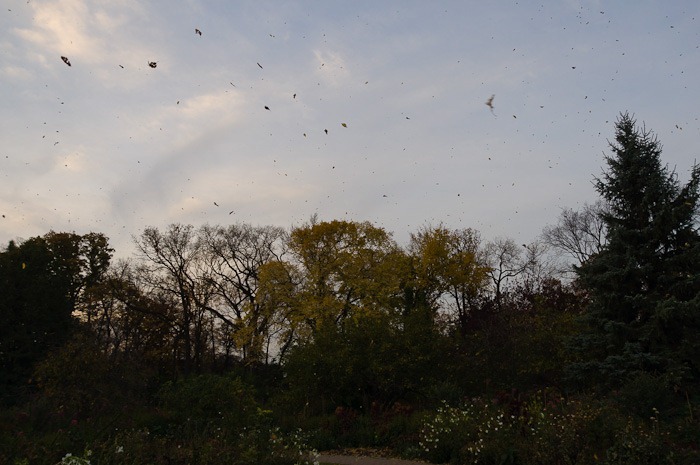 Since I can only go out decently during the weekend, sometimes the colours are not on their best. But whatever I can get during my lunch hour is also appreciable. 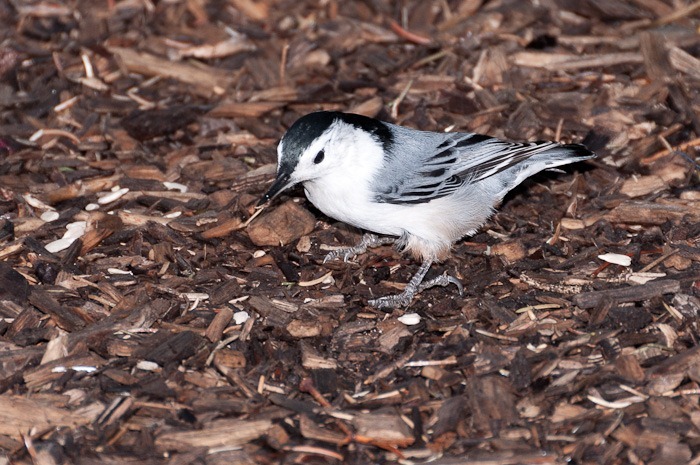 White breasted nuthatch taking the best of my seeds

The English Gardens in Winnipeg will always give a lot of great pictures, even if I have the impression that I’m always shooting the same things over and over again. There is always something new or changed in these Gardens. One thing that does not change though is that I have some nuts and seeds in my photo bag. There is no easier way to get some animal shots than with food. 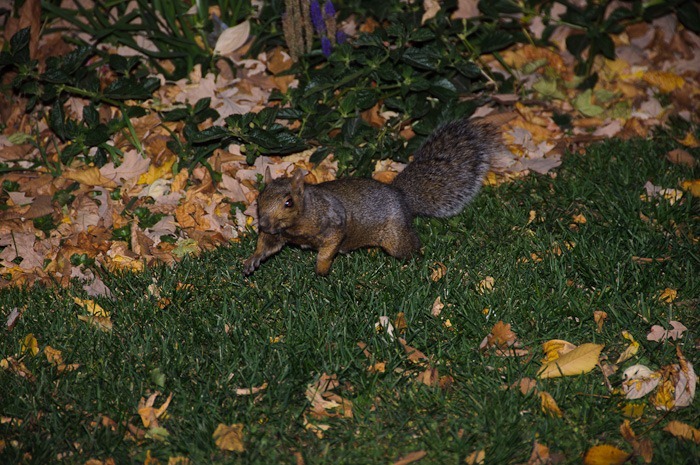 A gray squirrel trying to get whatever the red squirrels leave for him. The red squirrels are more aggressive and I have seen many times a red squirrel chasing a grey one to get him or her out of its territory. Sometimes I feel sad for those grey guys… 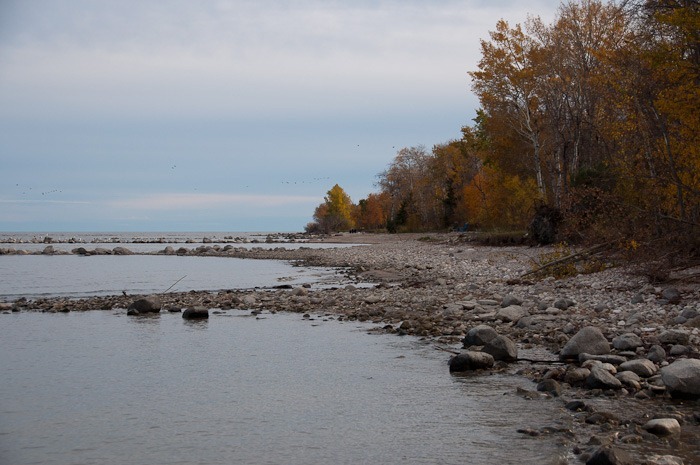 Lake Winnipeg, did you notice the geese flying?

Going to Lake Winnipeg in a calm spot on a Sunday afternoon. Nice place to calm down a bit from all the nervousness and stress from the work week. What better place than the beach? Well, the beach in question was not a sandy one, but with the cloud cover there was no sun tan to be had anyway. The only colours were the ones on the trees. 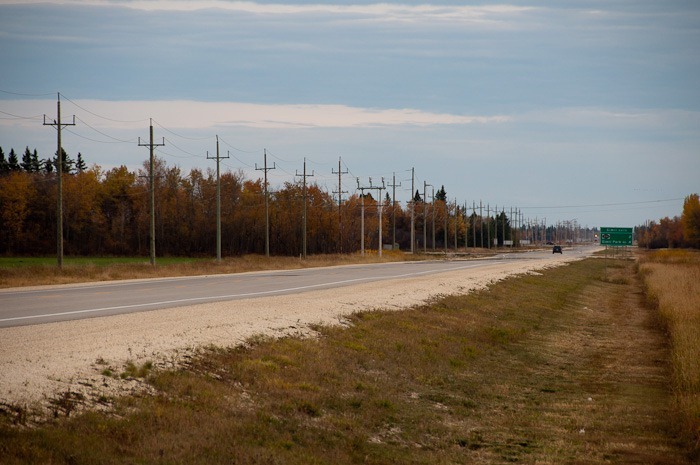 The road to Winnipeg, not to Perdition

The road back to Winnipeg was also great with colour. And for once I show a road here on the blog, it is really a good road. Soon the snow will be blowing over the surface in a mesmerizing way. Hmmm… I shouldn’t be talking about snow yet, there will be more than enough time for that. 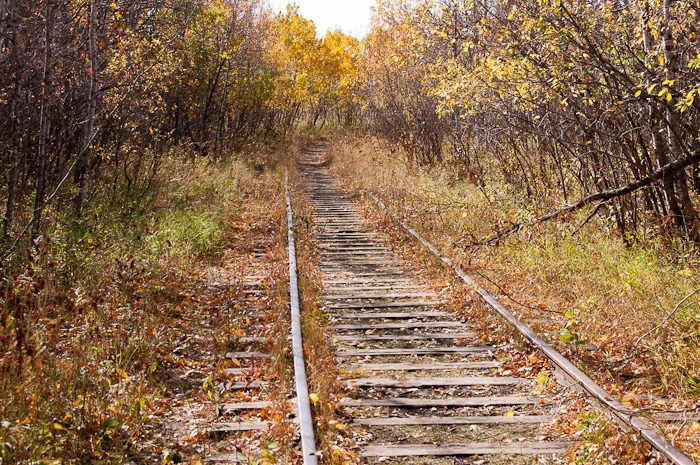 Fort Whyte Alive in Winnipeg is an ancient industrial site, I have already blogged about that. The old rails are still there. Usually they are ripped out and recycled, but Fort Whyte decided that they were an asset to the site and a good reminder of its past usage. Whatever the reason, they now make for a nice picture. 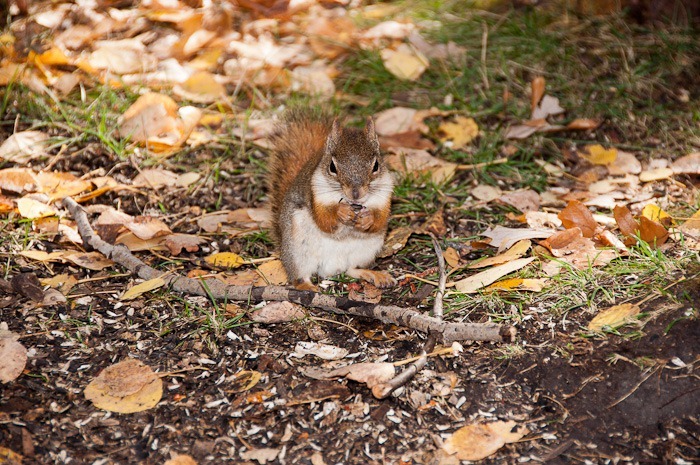 Also in Fort Whyte, the squirrels are stocking up for the winter. With their little paws, they take in as many seeds as they can. None of the seeds that fall from the overhanging birdfeeder are lost to them. 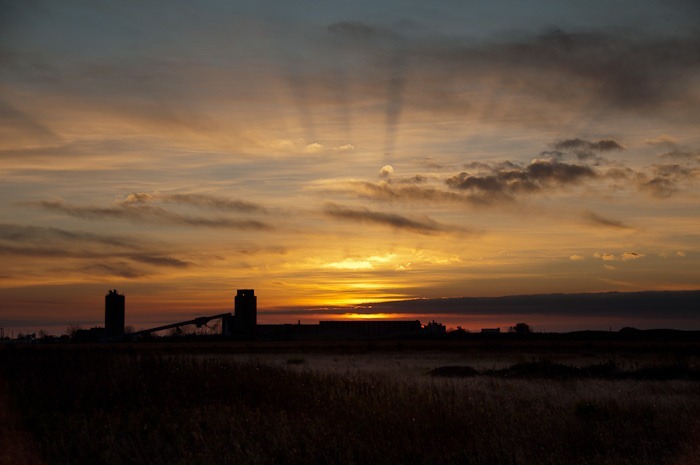 And for the reminder of the site’s origins, here is the plant that was on site first. Before they sold it to Fort Whyte Alive, that is. It never occurred to me that even an industrial site like this could look good in the right light. This picture was taken minutes before sunrise. The plant is still active, but not mining the Fort Whyte Quarry anymore for clay.

As you can see, there is always some colour to be found. All depends on when and where you go and look for it. There is no need to cry for the lost summer, Fall also has its charms.

Make and take the best of it, go out and shoot!