When I go shooting in the city, I often meet up with other photographers. Most of them are quiet people, never a hasty word. Many of them are also wildlife shooters, so that explains the quiet part of their shooting character. 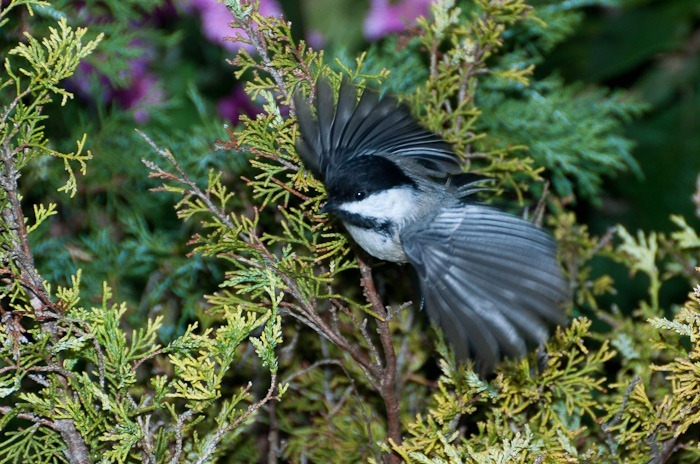 Sometimes, I meet nobody I know, but see other photographers shooting. Or hear them shooting. They must have been in the army…

When I shoot a subject, I try to get the best composition by moving around it, finding the best angle to shoot and then press the shutter. Once. 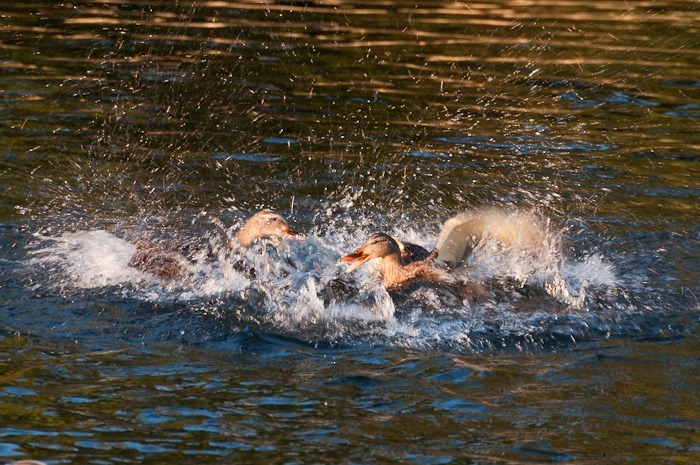 Shot in burst mode, and even that was slow

Sometimes I use the fast “burst mode” to be able to catch a duck fight or a match. Otherwise, nobody hears me shooting. 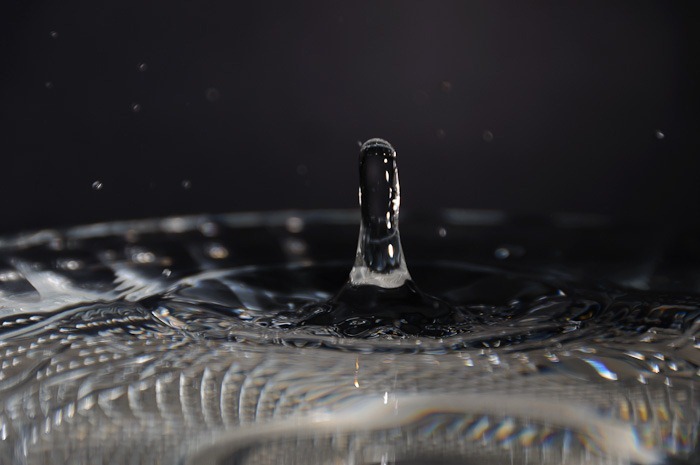 This water drop was shot by hand, without the use of measuring instruments or infra-red traps to trigger the flash. Pure hand work.

The other type of photographer is the machine gun “maniac”. Shooting 10-12 frames in rapid burst and of any inanimate object.

Sure, the saying “It’s digital, it costs nothing more to shoot more” may look true for some, but that’s just plain wrong. 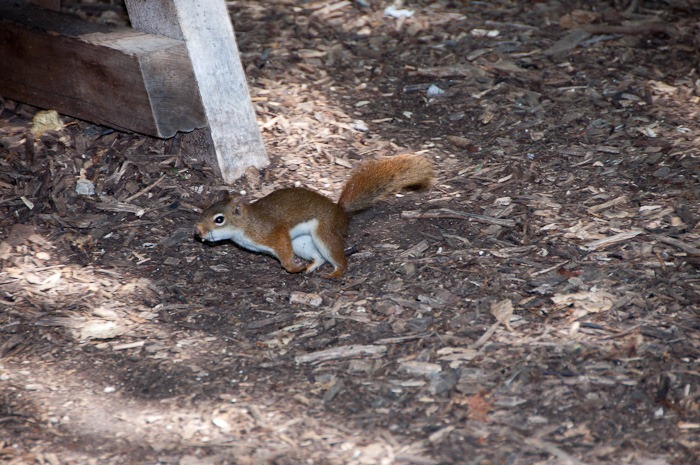 Running Squirrel, one shot, and no chance to retake a second.

The shutter mechanism of the camera is a very delicate and robust piece of machinery. The Nikons, I shoot Nikon, so I’m mostly interested in them, show an average shutter count of 100,000 to 150,000. Numbers published by Nikon. 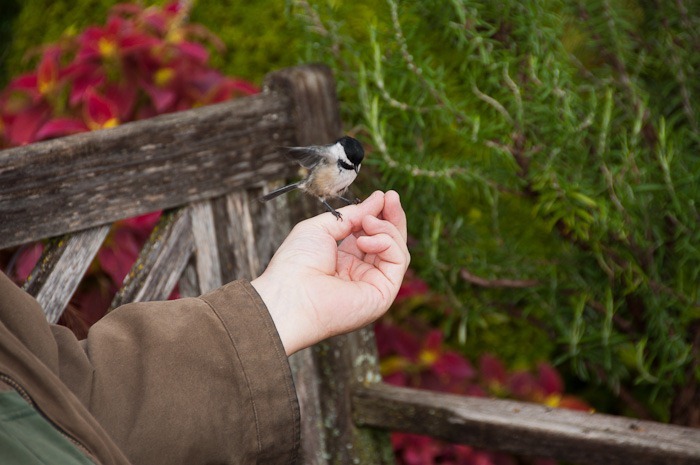 One shot, just waiting for the right moment…

That means that if I shoot 10 pictures of every object I want to shoot and retain only one good picture, I use my camera 10 times more than necessary. Hmmm, I’ll have to think about this a bit more. Should I stop shooting time-lapse sequences because of my shutter lifespan? Probably not. 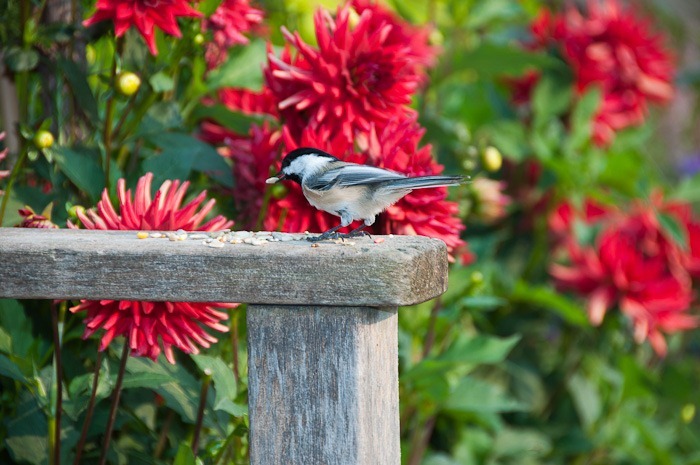 Skittish, the hawk in the park is not far away

I am a careful with my camera, but not to the point of not using it as I see fit. That would defeat its purpose. After nearly two years of shooting, my camera has just turned the clock and restarted numbering my images at 0000. So I shot 10,000 pictures in less than two years. Given that my shutter should die around 120,000 (nicely between that 100k and 150k) I still have some 10 years to go with the camera before its shutter fails.

That is a reassuring thought. 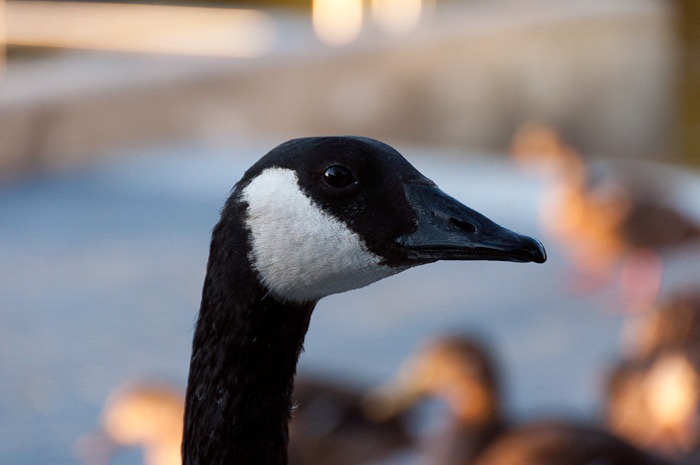 Just waiting for that portrait

By shooting bursts of 10-12 pictures for each (perhaps) usable photo I would reduce that camera life to some 2 years. I haven’t saved up enough yet for a new camera.

Now, for the fun of the numbers, if you want to see those that apply to your own camera, take a look here: http://olegkikin.com/shutterlife/. Most of today’s and yesterday’s cameras are in there. 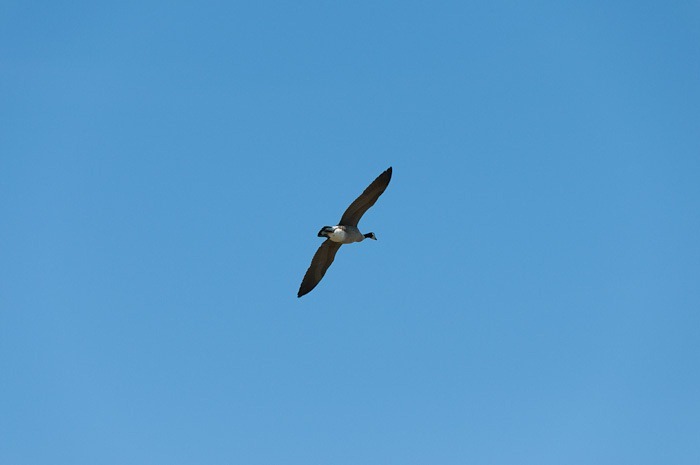 Easy to shoot, as long as the birds are big enough

Of course shutter count or shutter actuation does not apply to mirror-less cameras and point&shoots. Their exposure mechanism is completely different. 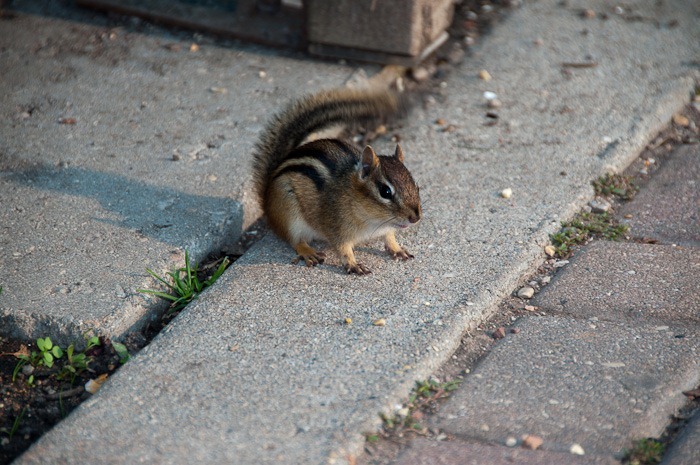 Waited for the right moment

Does this all mean that you should be overly careful with your shutter and try not to shoot multiple pictures of an object?

All depends on what you are shooting, Football matches are shutter hungry, so is wildlife. Personally, I like to compose my picture before pressing that shutter. Not only will I be in charge of the picture, but I will also become a better photographer if I don’t like the result on the back of my camera. 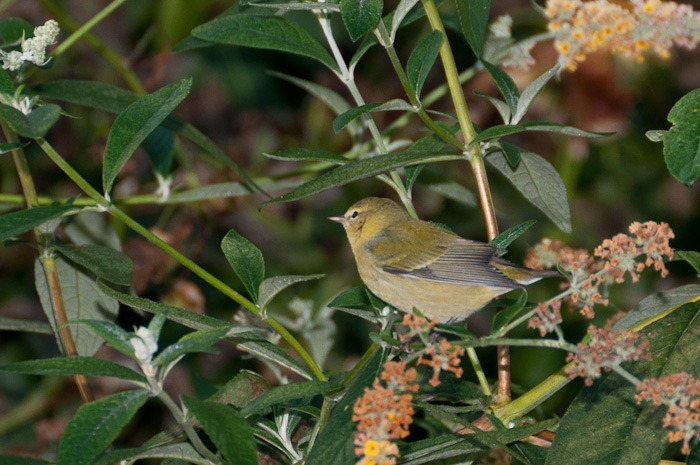 I waited for this bird to sit exactly where I wanted it, then pressed the shutter. Once. 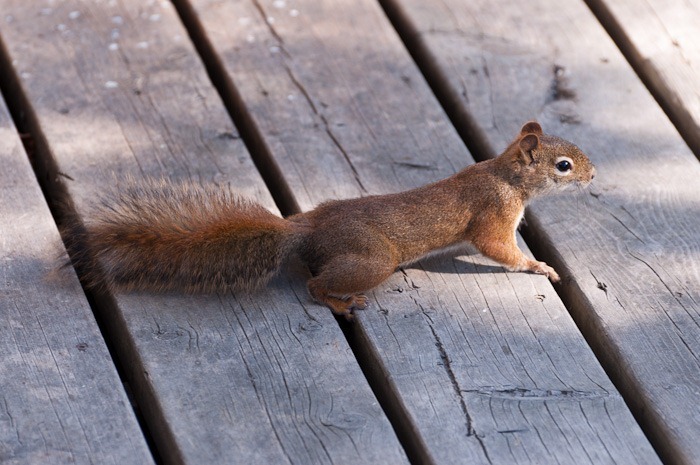 Shot an instant before the squirrel took off

Ok, that’s it for my little rant. Shoot as you like and don’t count too much. Shutters will fail, and most failures are far enough into the future so that you can think of a newer and better model of your camera before the inevitable happens.

All pictures (except for the duck-fight) in this post have been shot in a single shot mode. None of them have been repeated more than once within a few seconds. Shooting in burst mode will take your control of the camera away. I like the control I have over the pictures I get. Some of them may not be as good as I would like, but always better than shot in burst.