On the way out…

Summer is on the way out. At least for the northern hemisphere. Some will say that this summer was too hot, for me this was a great summer. 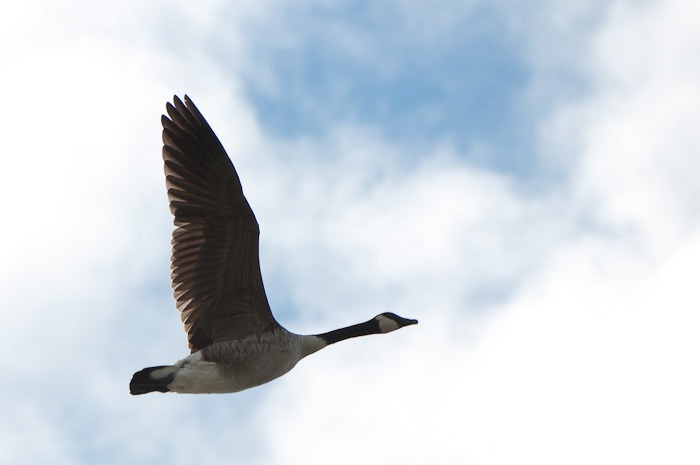 Warm and dry, and thanks to that dryness no mosquitoes! Well, nearly no mosquitoes. But how can you tell that summer is definitely on its way out?

Not because the temperature goes below –30C, that will be for a bit later. No, the real tell-tale sign is the moving Canada Geese. They start their long trek south in and around Winnipeg, as far as I am concerned. I suppose they move from all over Canada to the south. 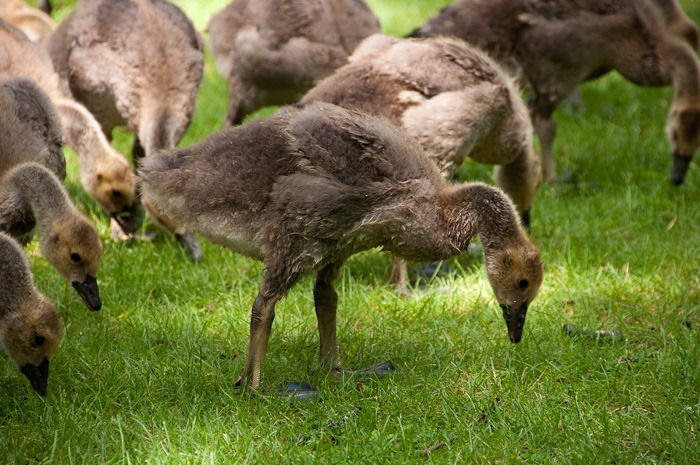 These youngsters are already big enough to fly several thousands of kilometers to warmer climes. 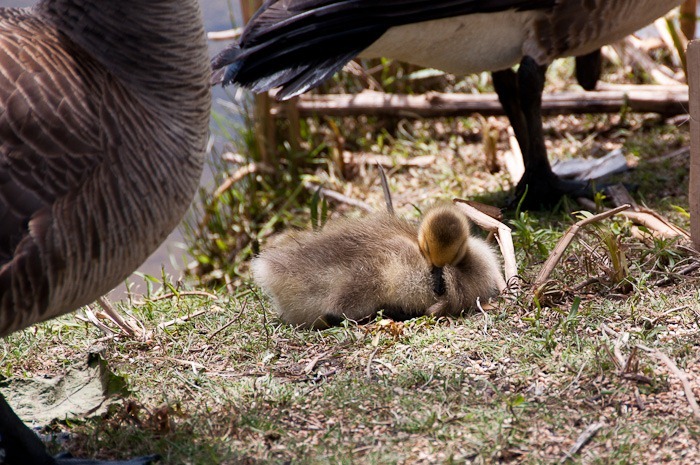 Still too small to think about south

It seems like only last week that I took these pictures of them, all fluffy and yellow. Now they are with their parents among the “big guys”. 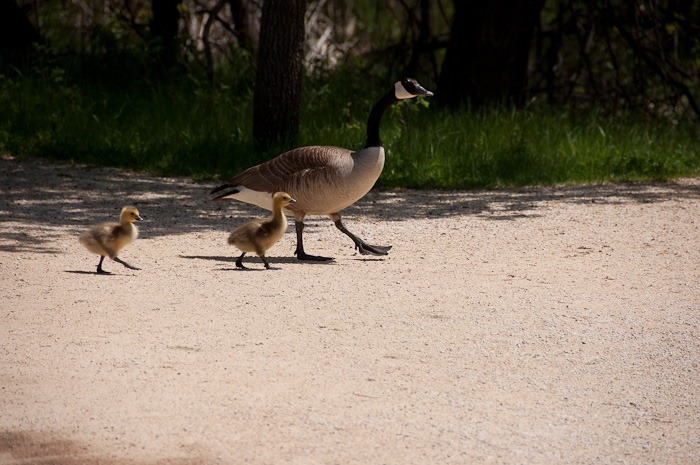 The first steps in life

The real trek has not begun yet, that will be by the end of September, but for now they are gathering in all places where there is water and where they can rest undisturbed. 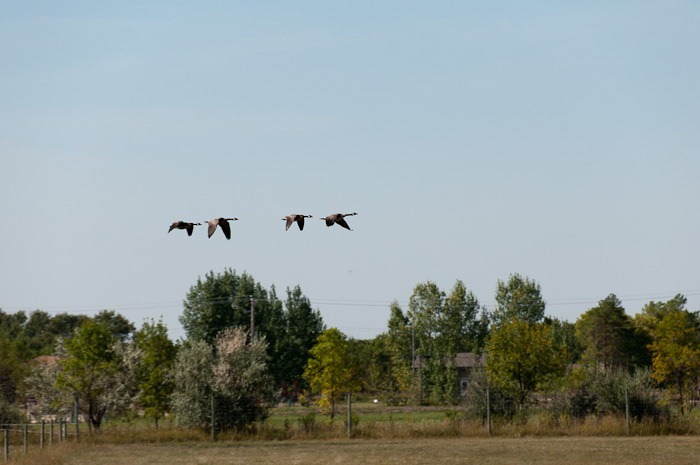 At first there were only a few geese gathering around watery areas. Nothing special to think of. But soon after that, more geese came to the same spots. They also came in larger numbers. 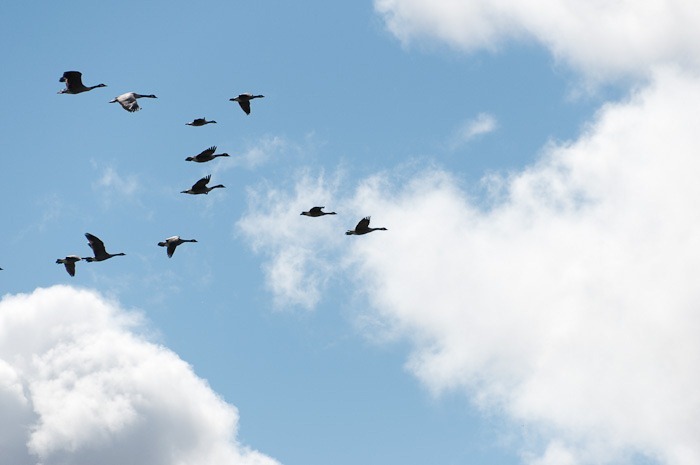 You can see them coming into Fort Whyte in Winnipeg and land on the lakes in the area. The noise level is also rising, one of these days I will make a recording of it. 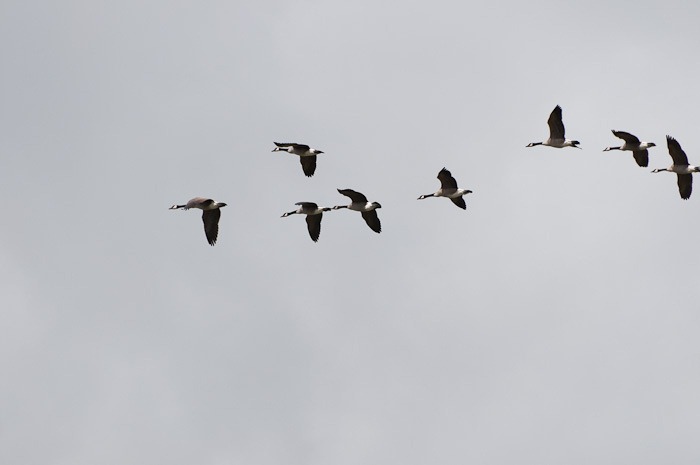 Still lacking a bit of organisation

Little group by little group they arrive for a last rest stop in Canada before the big trek south. It is interesting to hear that each group has a different “honk”. I guess that is the way they use in order to stay together among all the other geese. 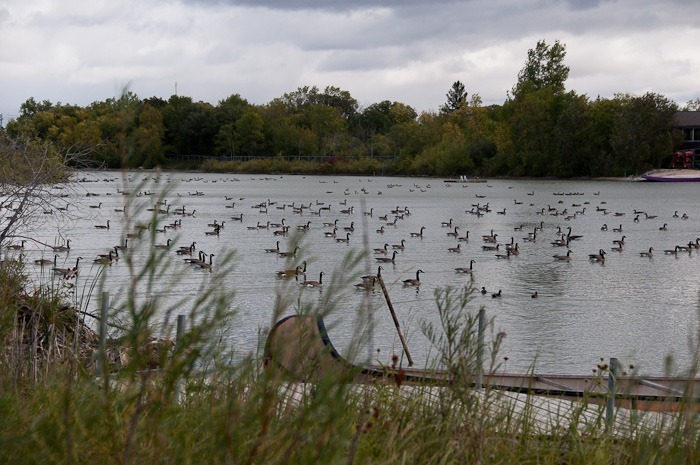 Once on a lake, they are very quiet, they move little, apart from a few take-offs and landings. 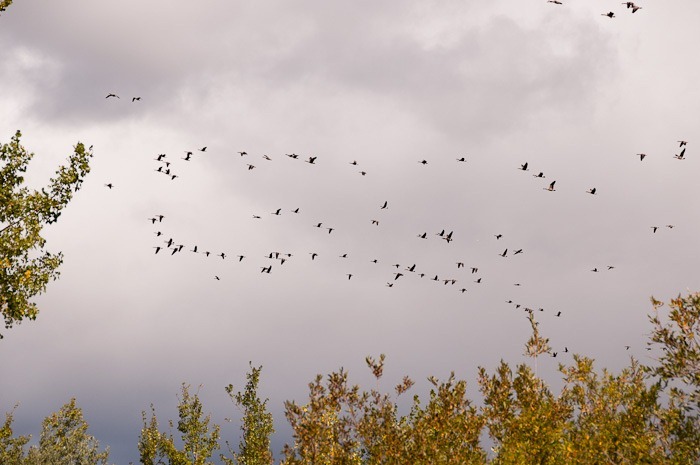 Coming in by the dozens

But the lakes are filling up, geese are coming in by the dozens, and sometimes groups are even bigger than that. 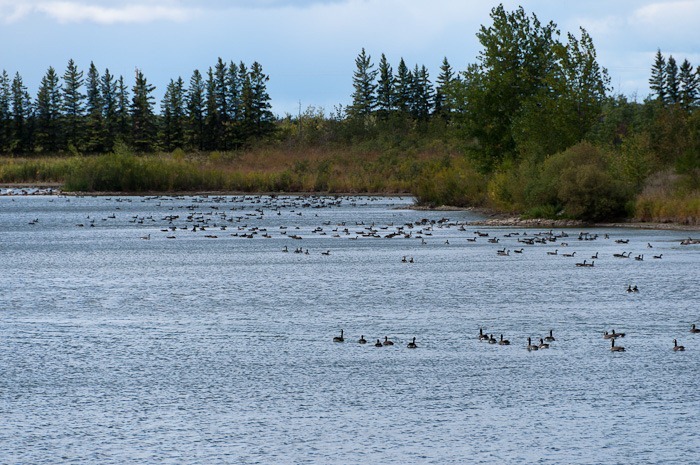 Resting on water and land

One of these days, there will be a spectacular view of all these geese taking off for their trek to the summer states. 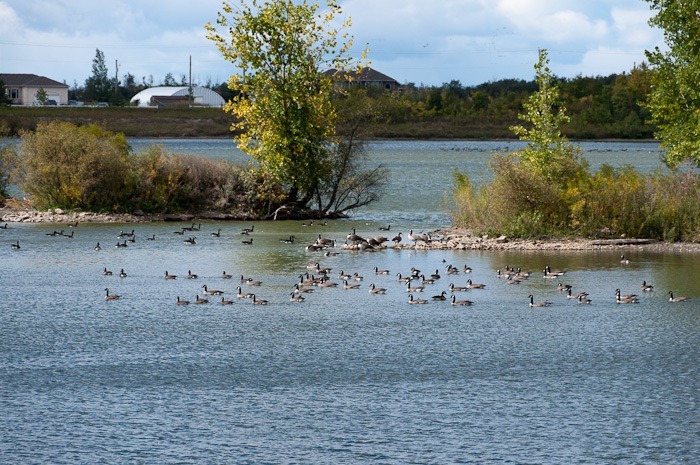 Gathering in the lee

And when I say, one of these days, it will be another two to three weeks before they take off. For now it only seems like one big family gathering. No fighting, no drinking and no gambling. 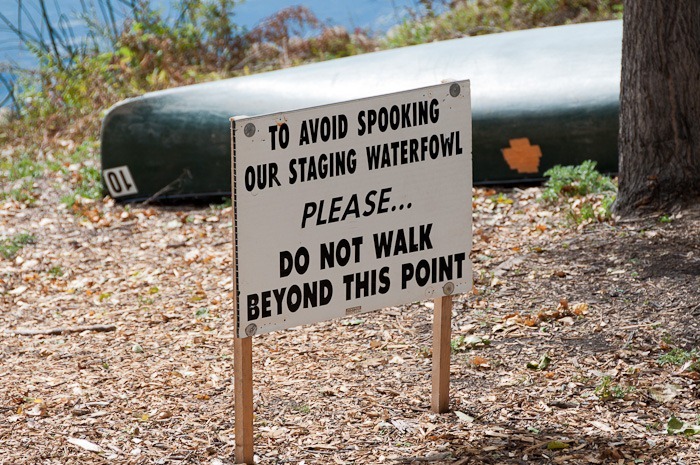 Let’s give them a better chance of survival

The big gamble will be to be able to find their way home, next year, when they will announce the coming spring and summer here in Manitoba.

For now, all we can do is leave them alone to get their much needed energy for the trip south. May they be back soon and bring another summer like this year’s!

I will try to be there when they will take off all together and see if I can get some good shots. Until then, take care and cover yourselves!