Yesterday we went to the beach. To get some pictures of a promising sunset. Arrived at the beach, the sun had already set, but the light was still good. 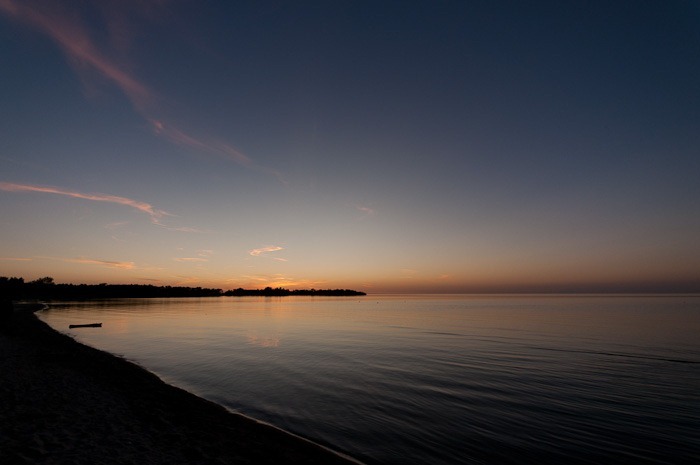 Now I’m not going to serve you boring pictures of a sunset, they can be had everywhere in the world. And if you don’t write down where they were taken,

you’ll end up with boxes full of beautiful, boring sunsets. No, something more magical can happen after sunset. Let’s take a look. 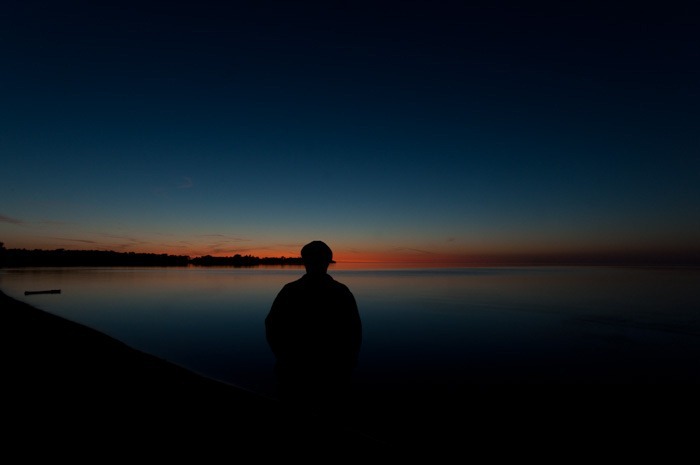 Depending on your settings, your sunset looks different. You can try to add some interesting silhouette to the picture as to save it from eternal boredom.

Last night, however, something was up. The sun had been spewing mass into space for the last few days. Some websites started talking about doomsday, so much stuff was apparently thrown in Earth’s direction. 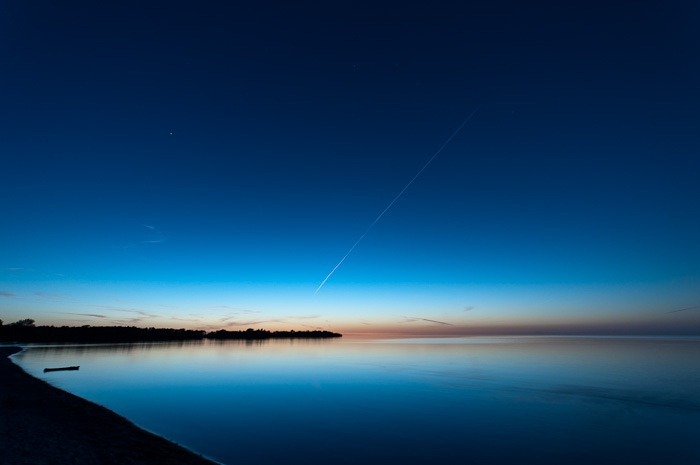 Earth, on the other hand has seen these Coronal Mass Ejections for millions of years and has its own way of dealing with them. 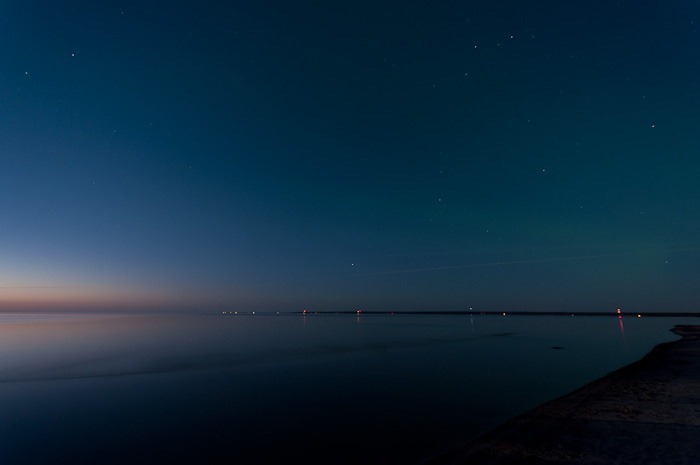 Right after the above picture, I thought that something was amiss with my eyes. Some colours seemed off in the darker part of the sky. As you can see, the sunset glow hadn’t even subsided and the Northern Lights were already there. 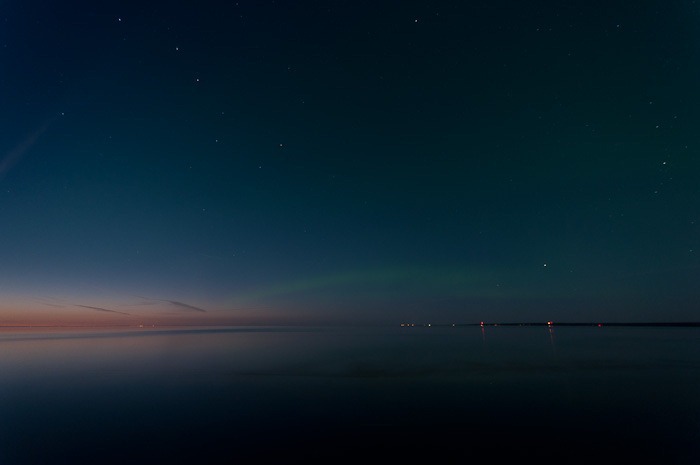 Behind the camera, we were a bit less lucky, the full moon was there too. That lit up most of the sky and wasted the contrast of what could have been a truly great lightshow.

The contrast was a bit low, and light scattered from the moon was all over the sky. Oh, well. So we decided to wait a bit longer and try to get some darker skies. This is generally why you go out of the city, far away from any stray light source. Except that the moon… you have to live with it. 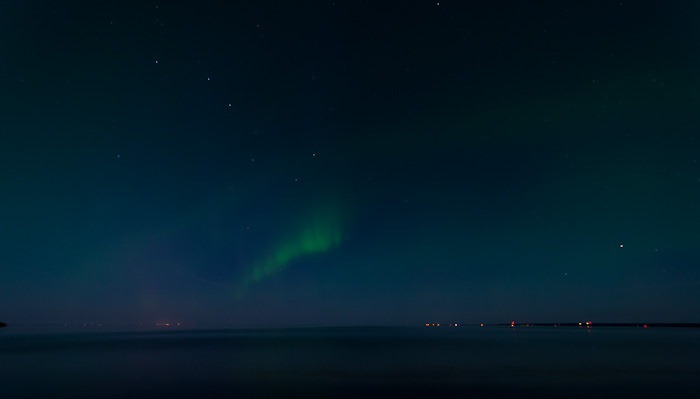 With a bit of tweaking in Lightroom, not all of it is lost, though. A fair bit of that scattered light can be eliminated and the green glow of the Aurora is better visible. Happily this didn’t need any heavy processing. In this and the following pictures I only moved up the black point a little so that less pixels are considered to be light. The lowest values are thus eliminated and shown as black. 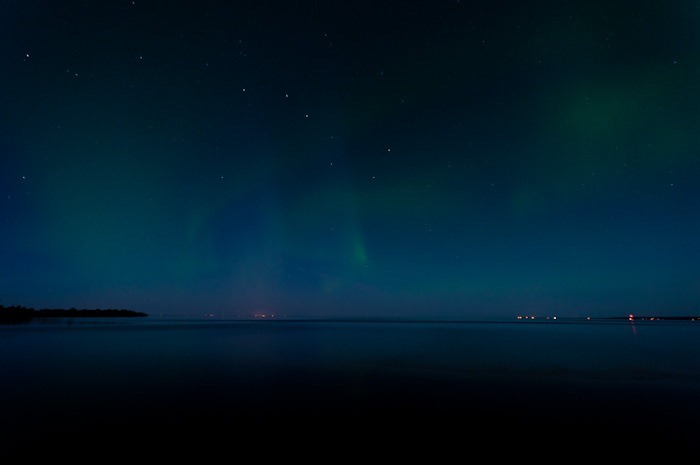 A little processing was needed

From there on, most of that moonlight was gone. You can see that the Northern Light adds light to the scene, unlike clouds that remove light from it. You can see the stars clearly through the green veils of the Aurora. 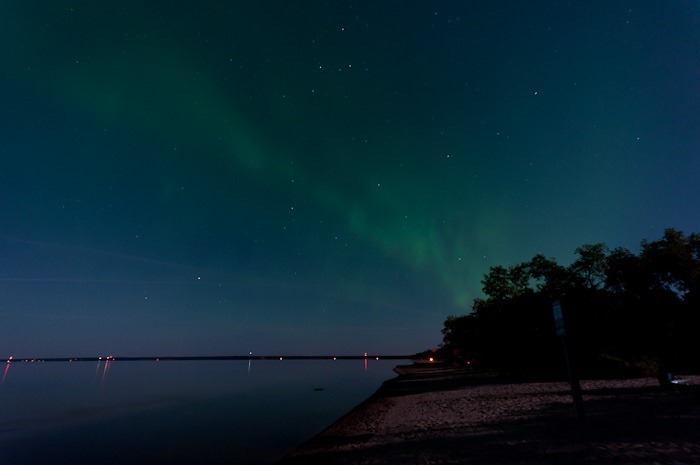 With a little more foreground and at an angle of 90 degrees to the moon, the Aurora was still strong. What a show this could have been if there had been no moon this night.

As you can see, the wide angle of my upwards tilted 10-20mm causes some strange effects in the perspective, but I think that for Auroras that may even add to the charm of the scene.

After a while we thought that waiting for the moon to set might be an option. However, our pictures started to have some strange appearances. The incoming dampness over the lake was fogging up our cameras. 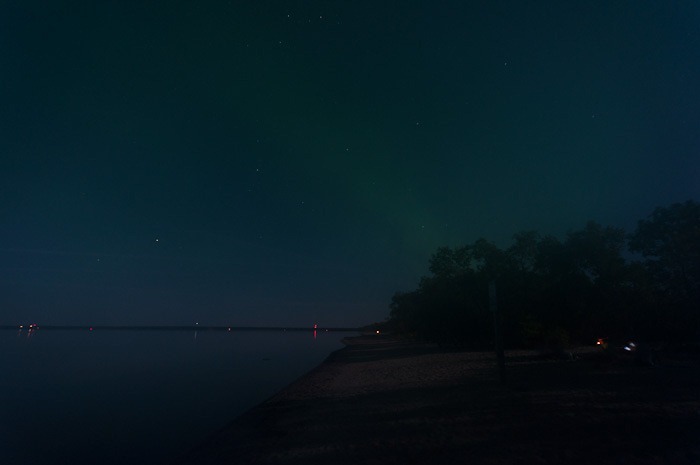 Fogging up, time to go

That was the moment that we decided to save the cameras from damage and go home; just the same as in winter, where you come in from the cold into a warm place, you don’t want to expose your camera to that moisture.

The sun continues to throw out mass in all directions. Its activity started up again after a few years of total quietness. More auroras are definitely in the stars.

And I will be there to capture them as best as I can.

Until then, patience and other subjects to shoot.