Canada, being in the New World still has places where the pioneer spirit lives. Albeit with a bit more comfort than in the old days. 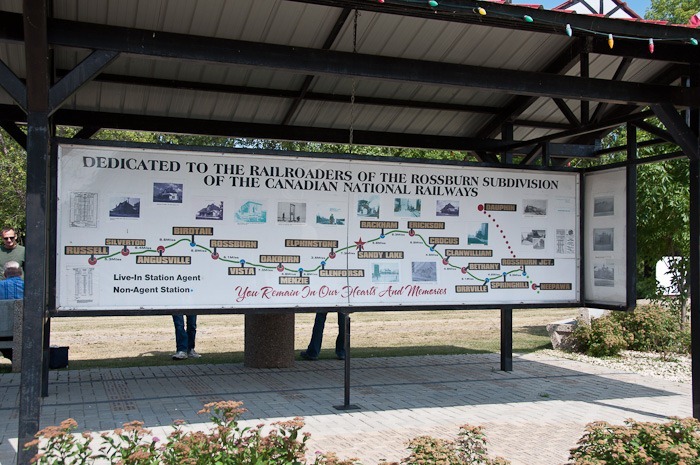 Many of these pioneers were from Ukraine. We all imagine that the majority of emigrants from Ukraine were fleeing the Soviet regime, but in fact

most of them were already here decades before. Some villages or small towns today still have their original Ukrainian name, like Komarno, MB. Komarno is a Ukrainian word coming from komar, meaning mosquito. 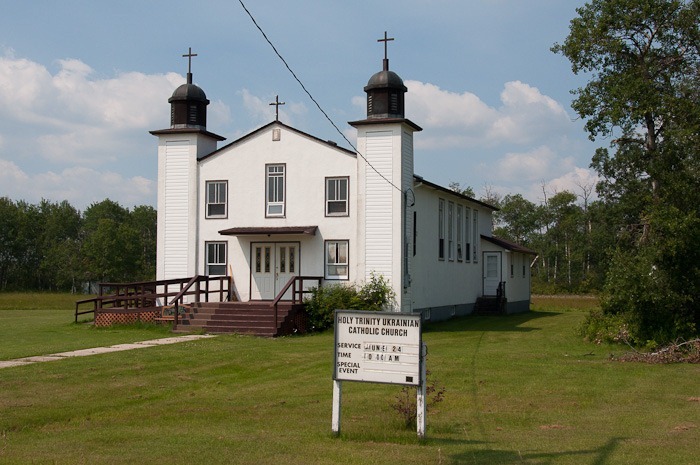 And mosquitoes are the provincial birds here in Manitoba, right?

But pioneering means to do something new what had never been done before in that place. So you might think of getting water in a previously dry place. 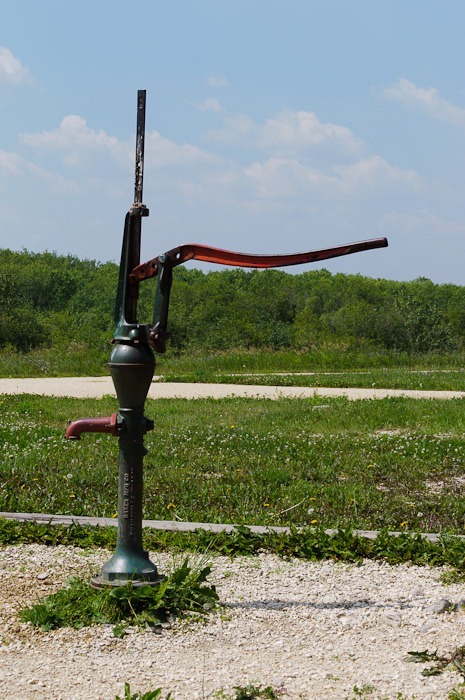 Getting water in a dry place

You may think that the real pioneers are always living in the most remote sections of a country. But pioneers here in Manitoba, or at least their endeavours, can be found anywhere nowadays.

One of these pioneers still has descendants, or should I say, a LOT of descendants. His name was James Cuthbert Grant, about whom I have posted a few things before, and lots more can be found here. One of his descendants still impersonates him on special occasions. 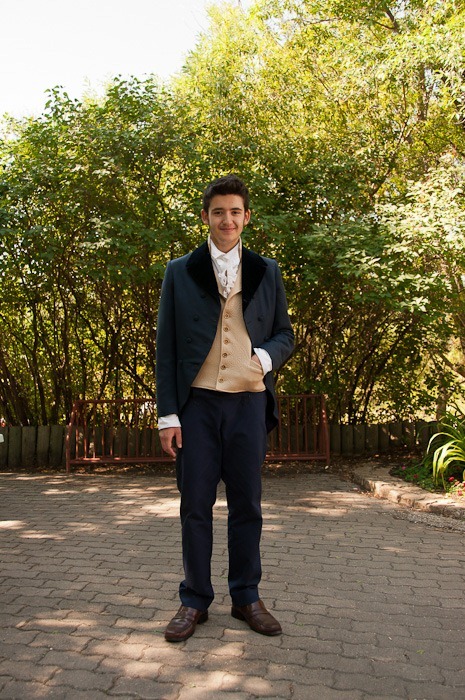 Grant was a pioneer in his time, building a watermill. Something that had never been tempted before. Windmills were well known, but a watermill was something new here in Manitoba. 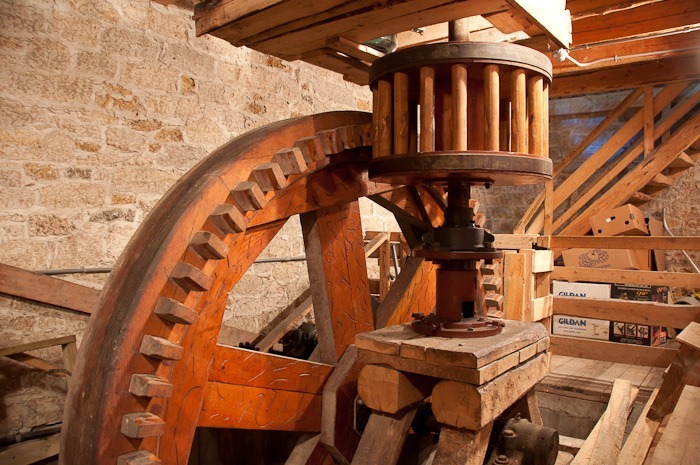 Today’s Grant’s Old Mill is a reconstruction of the original mill that Grant built. It is believed to be in the same spot as the original mill in 1829. That mill, however did not have a long life; after three years of flooding and troubles Grant abandoned it to set up a windmill in Grantown, today’s St Francois-Xavier, MB.

Pioneering also means being able to survive in a (sometimes really) hostile environment. So you will have to stay alive in times of little food and conserve food in times of plenty. 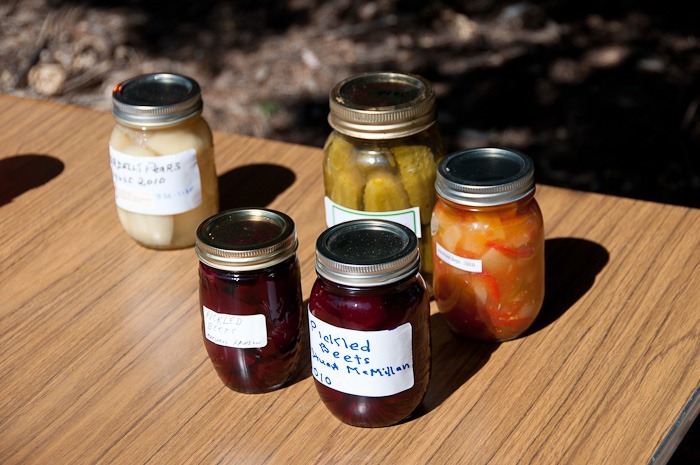 Now you may think that conserving fruits and vegetables is a thing of the past, but nothing is further from the truth. Even today, many people conserve fruits and vegetables. So a contest is in order to define who makes the best pickled beets, cucumbers or other things. 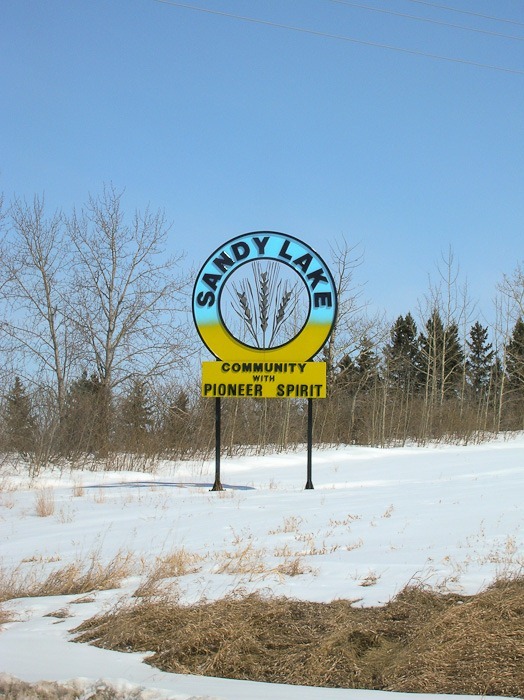 Other places sport “Pioneer Spirit” in the town’s logo, like the one in Sandy Lake, MB. There, the Ukrainians did a lot of pioneering in the beginning of the last century. The lead picture of this post shows the railroad line built at that time. Now it has been discontinued, though; only some parts are still visible as monuments. 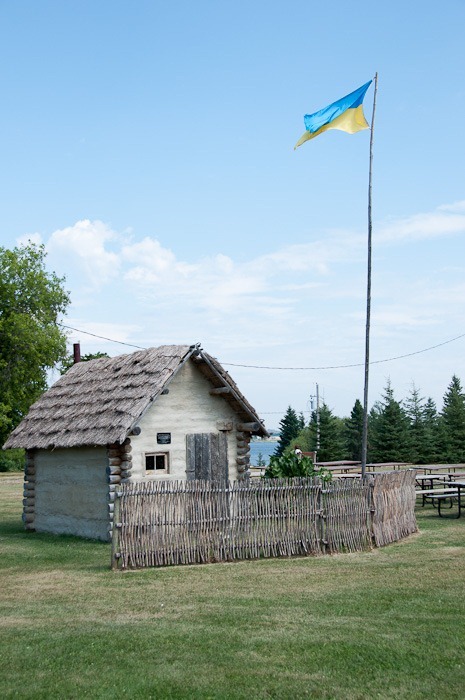 Ukrainians lived in small and easy to make houses like the one shown here. But if you think that Ukrainians stayed in this “poor” state of life, you are mistaken. In 1930, they had already been able to build churches and better housing for themselves. 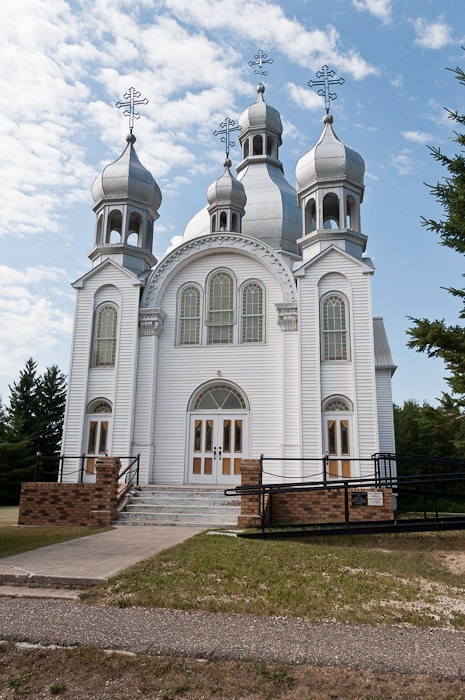 Housing that does perhaps not live up to today’s standards, but the churches are still there. Pioneer spirit means that you are able to do something that has never been done before, at least in that place. And that you did it all by yourself. I guess that today, we could still learn a lot from that spirit.

The farming done in Komarno, the flour milled at Grant’s Mill, the housing in Sandy Lake or conserving your own fruits and vegetables all are witnesses that pioneer techniques can still work today. Grant’s Mill can still produce usable flour for baking, apart from the City Bylaw that forbids the sale of it and your own conserved pickles have a way better taste than the ones from the shop, believe me.

If we are willing to let go of some of our plushy requirements of life we can make life a lot more rewarding by doing things ourselves. Do you have enough pioneer spirit?

Until next time, don’t run to the shop right now…