We all know that the word “fridge” comes from the brand name Frigidaire. Back in the days, that term and brand did not exist and the term icebox or ice house was used. 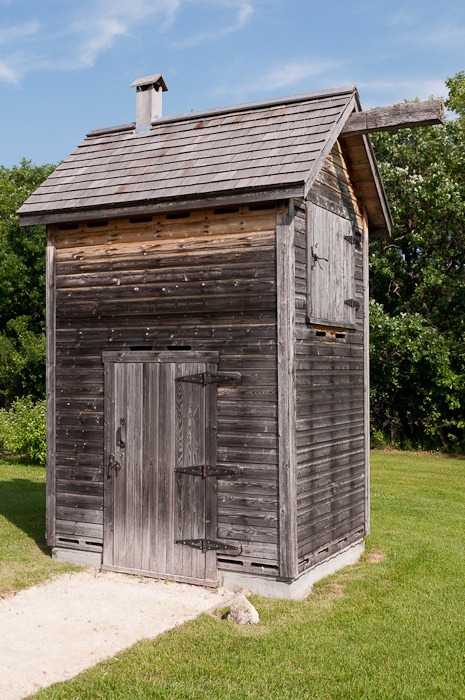 An ice house from the 19th century looked like this. Ice in at the top, melt water out at the bottom and food in closed containers in the middle. None of this would have been available to us today if

we didn’t have museums that can teach us and show us this kind of construction.

Many of the buildings we see in the St Norbert Provincial Heritage Park have been moved to this place from elsewhere. Some houses were destined to be destroyed in order to accommodate the growing city, subsequently were saved and donated to the park.

The houses were then dismantled and rebuilt here, exactly the way they were before. 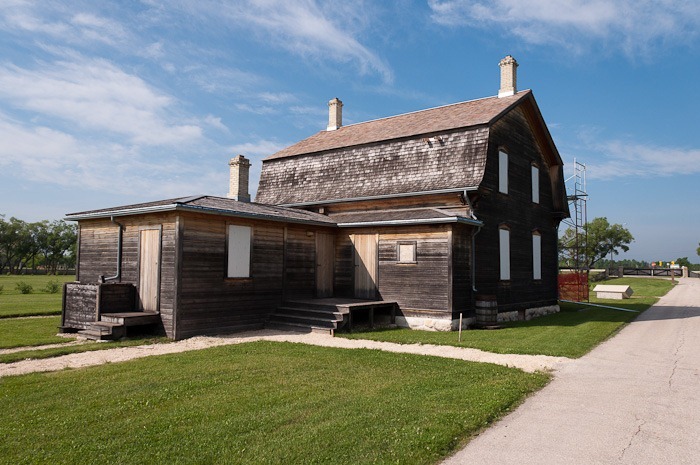 Some houses look still a bit boarded up and inaccessible, but that is only because they need maintenance as well. As usual, I arrived at the wrong moment. I guess that a Saturday morning around 9 is not really a good time to catch things open to the public. 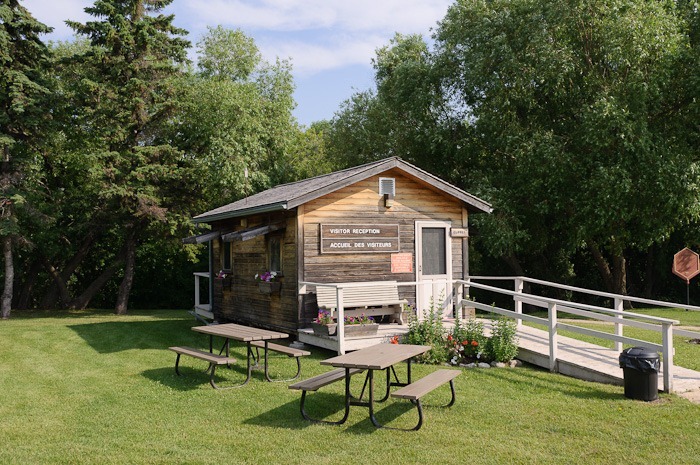 Even the park management was not there yet, but the main gate was open for pedestrians. So I left the car outside on a small parking spot and went in. 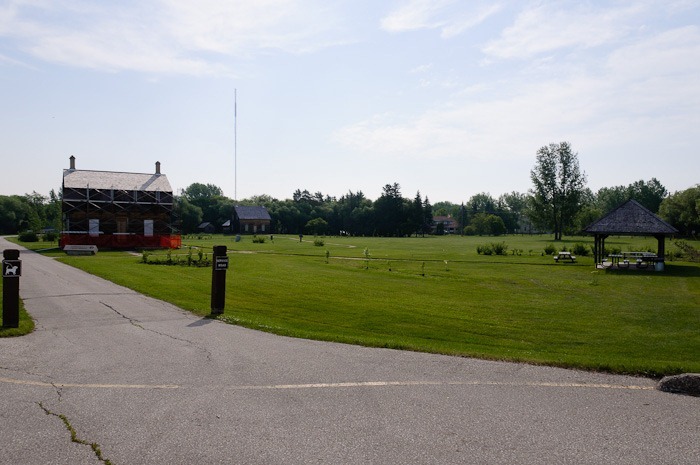 The St Norbert Provincial Heritage Park illustrates how a natural landscape used for hunting, fishing and camping by Native peoples evolved into a French-speaking Metis settlement, then a French-Canadian agricultural community of the pre WWI period. It also teaches us the ingenuity people had in order to solve day-to-day problems. 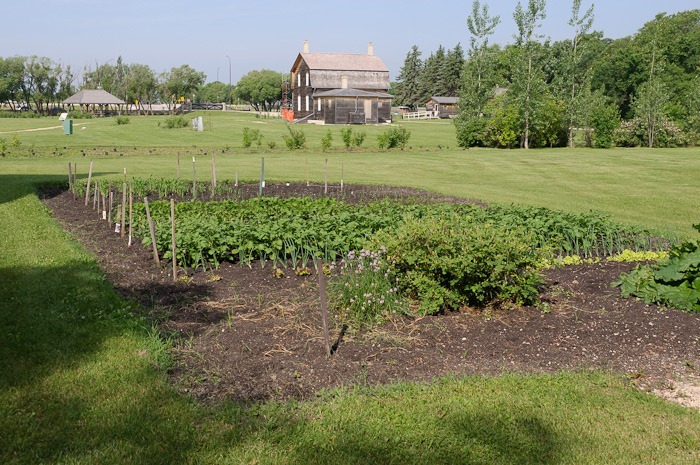 Some of the agricultural elements are still preserved today and perhaps even still feed people. I think this little patch of land feeds the guardians of the place in the same way as the garden in the Lower Fort Garry museum. 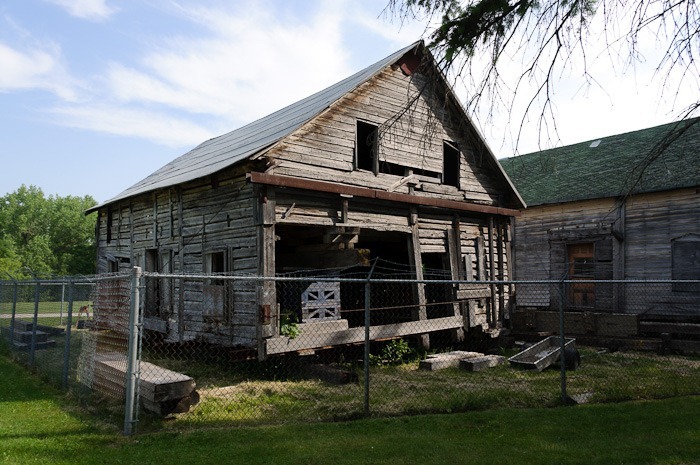 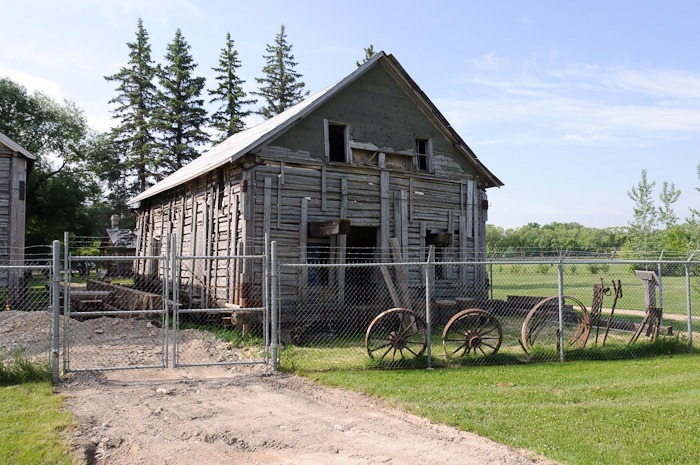 When the houses arrive at the museum, they are often not in the state that the museum wants to show them. In smaller places, the new artefacts will be hidden in the basement workshops. Here that is not an option. These two houses will have to be restored in place. 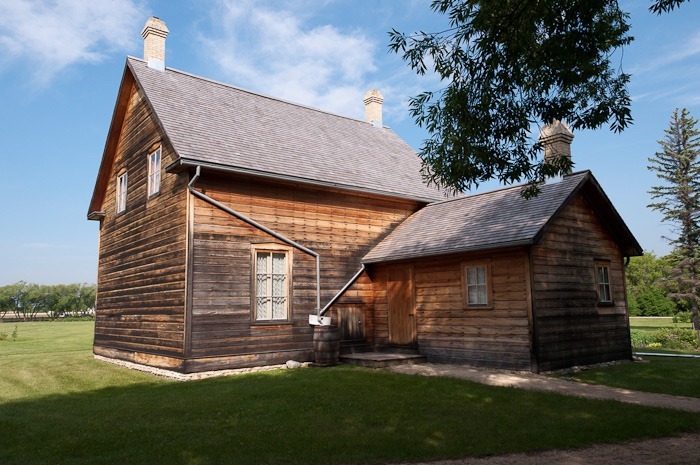 And this is what they look like once they have been restored to their previous glory days. This house is perfectly usable for daily living, although I have some doubts about the sanitary facilities like shower and washrooms. 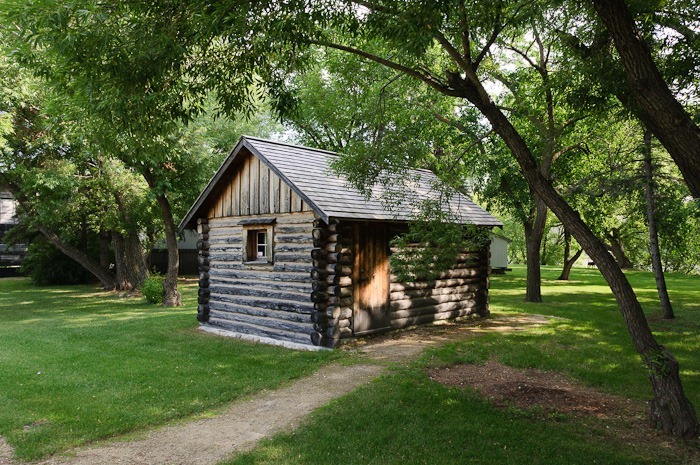 Also, the cellar will be a bit away from the house. Nice to see in summer, but I have no intention of finding out how to get to my breakfast in the –30C temperatures in winter time. I have blogged enough about those temperatures in the past to have given you an idea. 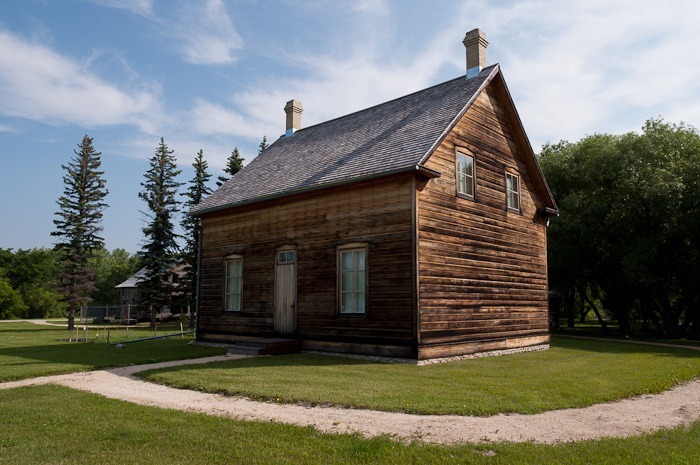 The housing style of the late 1870’s looks simple and straight forward to me. Many people were able to build their own houses at that time. Only very little of them have survived until today, though. However, some of the buildings here, were still in use until the 1970’s, in other places. 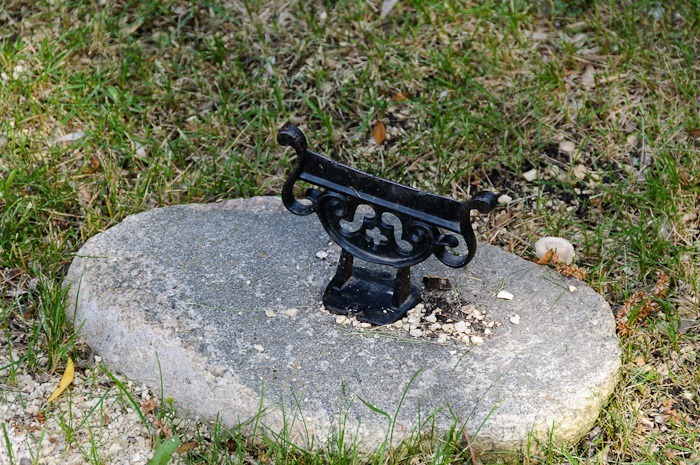 Today, the shoe scrapers have little work to do and no dirt to endure anymore. 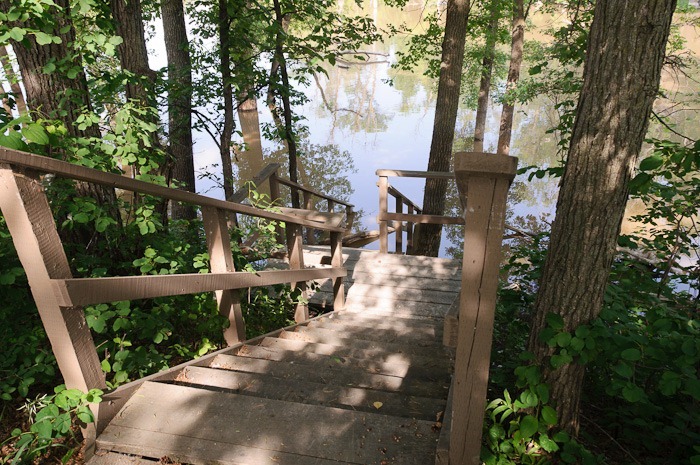 The boardwalk on the riverside of he “Rivière Sale” is currently closed, the water levels being way too high for the time of the year. 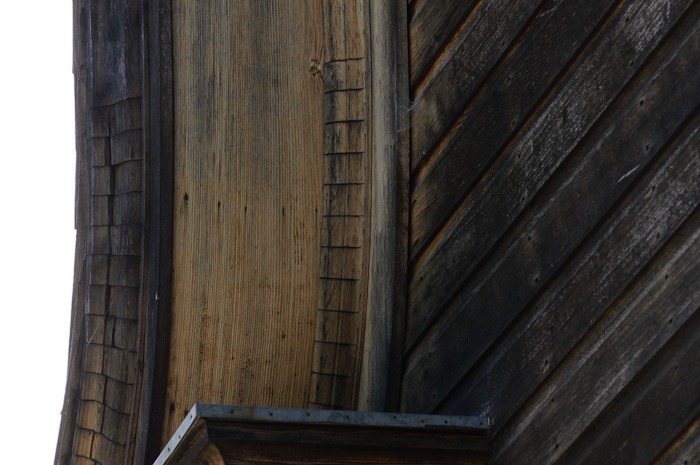 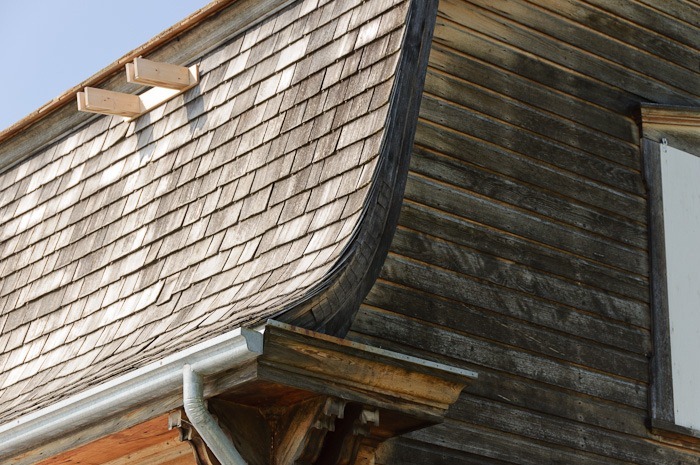 Details of workmanship on the Bohémier House

It is always a pleasure to see how in the old days, people solved problems of daily life. From what I see nowadays, many people simply have no idea of solving simple problems, without calling in a specialist or an Internet “expert”. 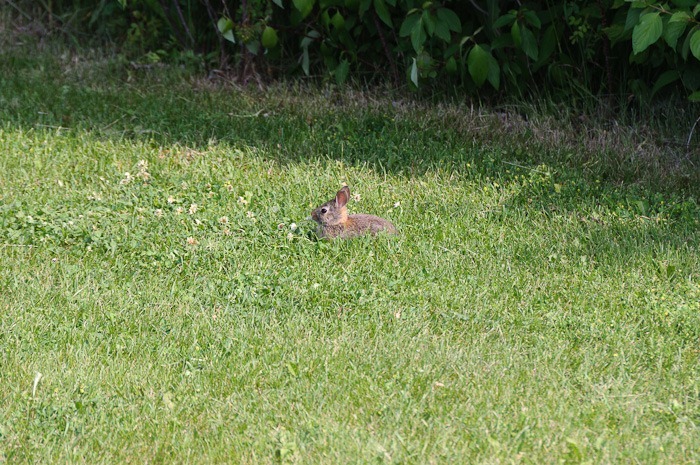 Nature around us is still the same, The bunnies still eat the same grass. We, on the other hand have grown way more demanding. Then we need experts to solve the demands we created.

Today, we are far away from the wooden ice houses, but we also lost the ability to solve many of the daily life problems ourselves. Cooking comes in mind, home cooking, that is.

A visit to a museum like the St Norbert Heritage Park could make you think or rethink your current attitude and make you do some more things yourself, without relying on external help and gadgets. It will mean a little more work, but so much more gratification at the other end of that work…

Now that I have finished this home made blog, it’s time to relax in my chair. Gratification time.