Ease off on the bug spray!

Yes, I know, summertime is mostly a time for bug spray and an overdose of irritation due to some overly active and blood thirsty flying creatures. 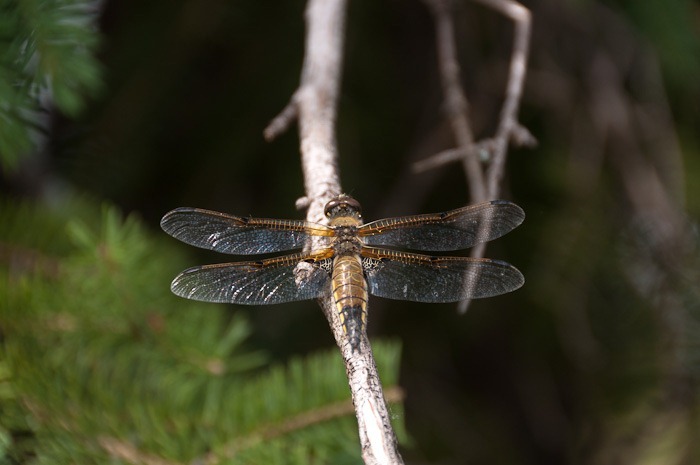 However, some of these creatures work for us. Some have even been bred specifically to rid us of these flying vampires. Take a look inside, and leave your bug spray in the closet…

Insects today are often considered a nuisance and we spray them away as quickly as possible. With more or less success. We even go to great lengths to completely eliminate them from our daily lives. I am talking about the mosquito. We have all known sleepless nights thanks to (or because of) one of these creatures manifesting itself only when the lights are out. The flapping of their tiny wings makes our skin crawl. 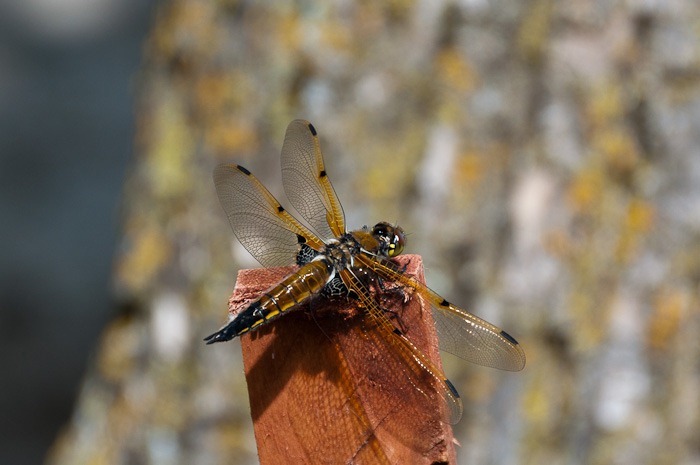 So we spray them to death. In the process we also spray away the food of many a bird and other useful creatures. 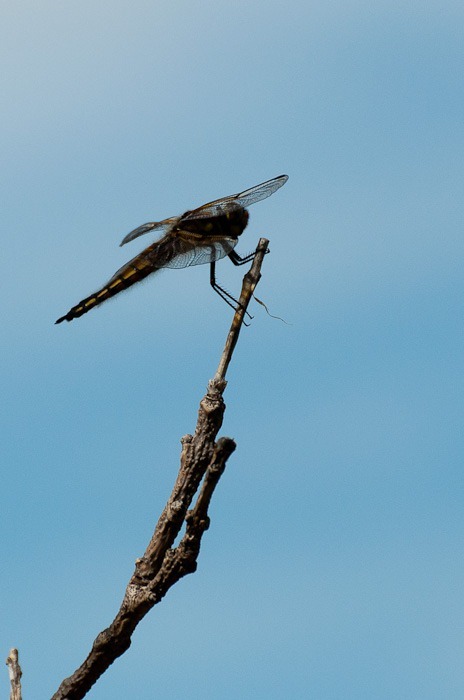 Taking a rest for digestion

Today we have come to some sort of compromise. Instead of spraying like it is going out of style, we breed and liberate these other creatures. They don’t eat people, they are not interested in us, but they are highly interested in the mosquito. They can eat multiple times their own weight in mosquitoes every day. Way to go! 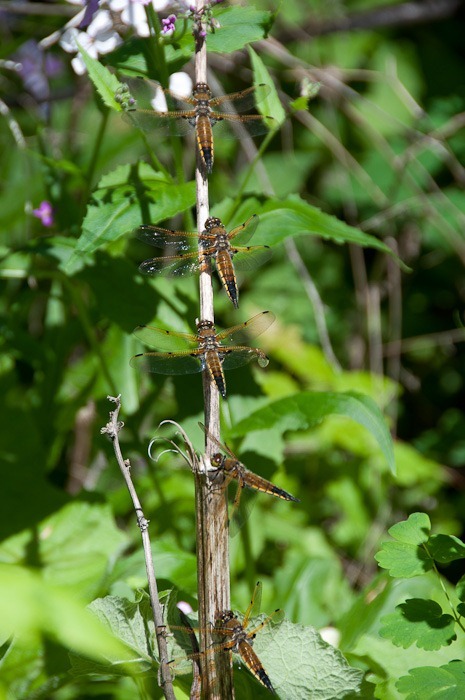 Four Spotted Skimmers by the dozen

In other places like Birds Hill Park, the insects are left alone and we are left to our own devices to keep the mosquitoes from devouring us.

This is the place where you can find butterflies and caterpillars. Some people hate caterpillars and try to exterminate them as if they were mosquitoes.

But don’t forget that these often ugly caterpillars transform into beautiful butterflies. I like nature, you may have noticed by now. So instead of going to some kind of exhibition to catch the most exotic butterflies, I prefer to get them in the wild here in Manitoba. Close to home, there is a small park called Munson Park. 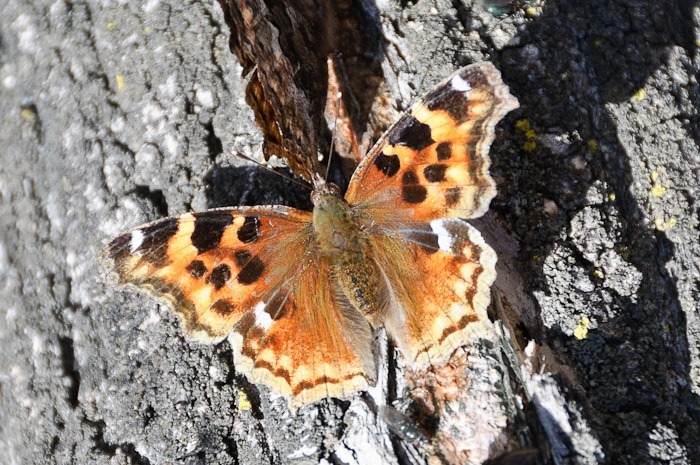 Munson Park in the beginning of spring has a few species of butterflies that come out even if there is still snow on the ground. The Compton Tortoise Shell is one of the first butterflies in the season. If you look closely, you can see a lot of hairs on their bodies. I guess that a fur coat is also good for butterflies. 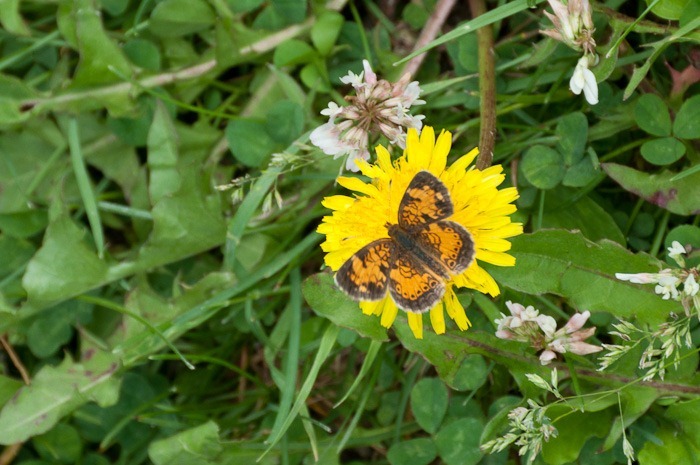 Now, in the beginning of Summer, Birds Hill Park has a lot of butterflies to show. Of course, I have never paid attention in biology classes in school when I was a kid, so now I have to try to find the name of every single animal by asking friends or looking them up on the Internet. I guess it’s never too late to learn. 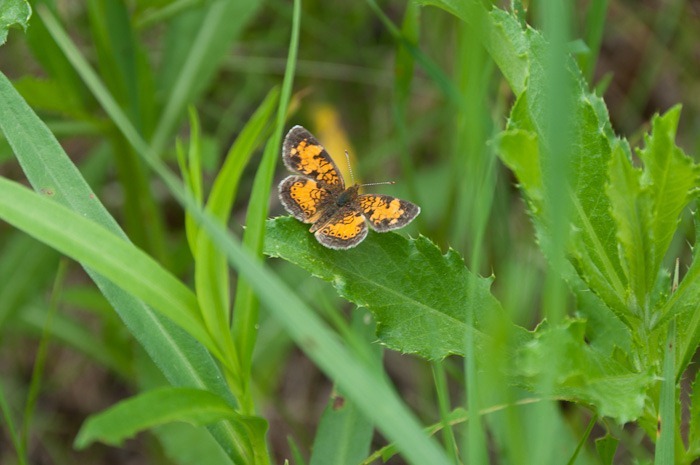 I mostly have no idea what the butterflies are when I’m in the field, even in Holland I can only remember three or four different kinds of butterflies. On the other hand, there were not many of them around in Holland. At least not in the city where I grew up. Naming them has to wait until I get home. 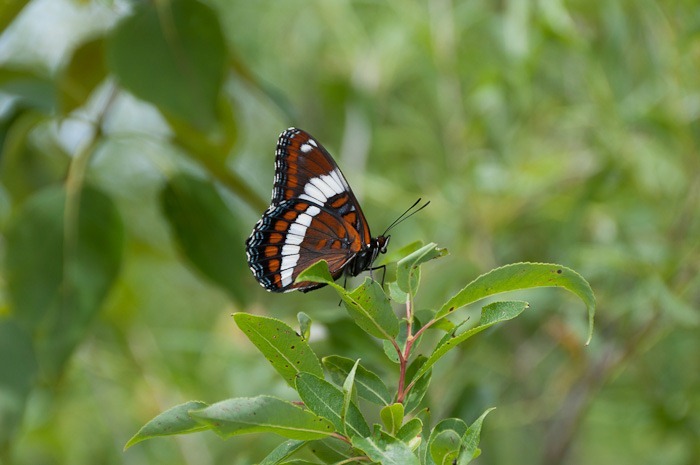 This White Admiral I found in the bushes was soaking up the early sun rays to get warm. It was still cold enough to stay immobile for me to take a few pictures. Look at the details of this insect. So small and still so many details visible to the (nearly) naked eye. I only used my 18-200mm for these pictures, I have no macro lens for bigger close-ups. Well, small is perhaps not the best word. This butterfly has a wingspan of around 5-6cm. 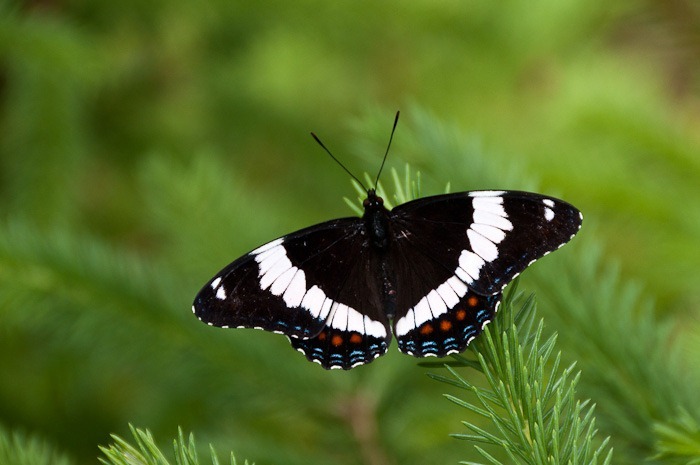 The same butterfly from the dorsal looks quite different, the above picture is practically a 1:1 representation. Now I have learned that the Admiral is named after the colours of the stripes and not after the dominant colour. I would have called this one a Black Admiral, but science states it’s the White Admiral or Limenitis Artemis. It also seems that this same butterfly likes to play around and create different forms of itself, all different colours, but keeping its name.

Ah, yes, that’s why I gave up on biology, now I remember.

Last but not least another useful insect that we all know. 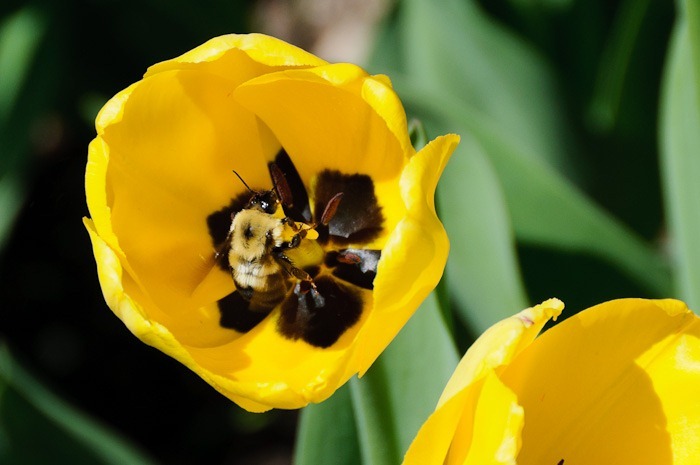 Hard at work, whenever you see them. They do not hunt people and do not care for our blood. On the contrary, as soon as they have the bad luck to sting us out of self defence, they will die. They know it and prefer to leave us alone.

Of course, if you over indulge in bug spray all of this will sooner or later disappear. I will not go into the hypothetical (but imaginable enough) consequences. I’ll leave that to the scientists that “know” the future.

One thing is sure, I only use bug spray when I have no other way to defend myself. After all, reasoning with a mosquito is a waste of time and energy. And the story will always end up with some blood spilled. My blood, and I like to keep it inside.