From white to grey

Yep, the warm weather is still locked up somewhere else. Or so it seems. The usual way for me to prepare this blog is to go out and shoot with an idea in mind. 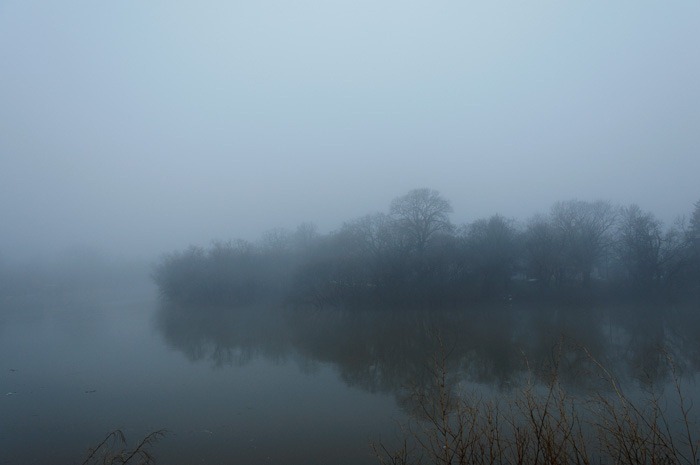 Then I write the story and incorporate the pictures. For as much as there is a story to tell. Going out is mostly during the weekends, hardly ever during the week.

I know, a “real” photographer would go out and shoot every day, but I still need to keep my job to be able to entertain this hobby of mine. No job=no money and no money means no hobby, Capisce?

So, last weekend I went out and encountered… Fog. Usually, fog is a great environment to photograph if the sun is also somewhere to be seen. Not this time. Sometimes you’re just not lucky. 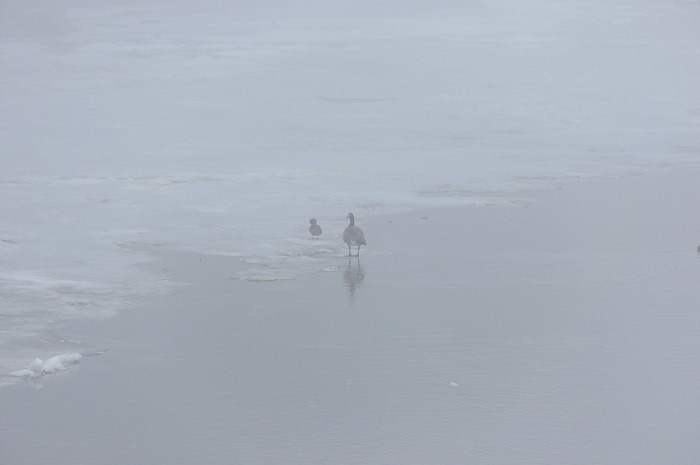 The Assiniboine gave some nice pictures in some places, like in the lead photo or with these birds on what is left of the ice.

So I decided to find some contrasty pictures in the Assiniboine Park and see what they would give in this fog. One of the trees seemed to be a nice subject and exactly at that moment, the sun tried to break through the clouds. 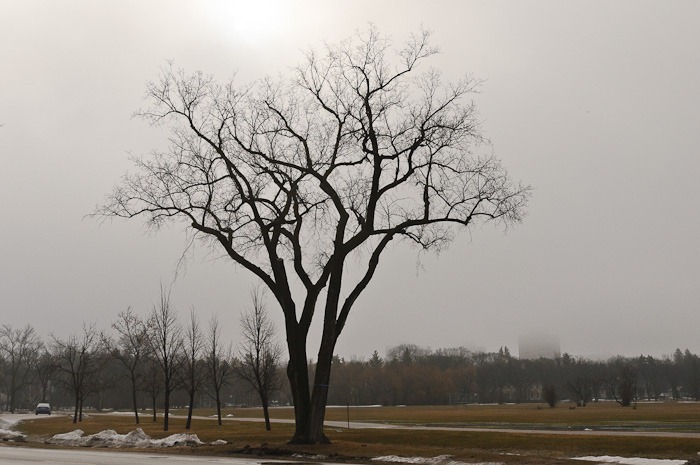 On the right is a 16-storey building, fogged from the third floor up. Sometimes, Mother Nature does a better job than any Photoshop manipulation can give. I love it when I can get these results without even looking at a pixel manipulation program. 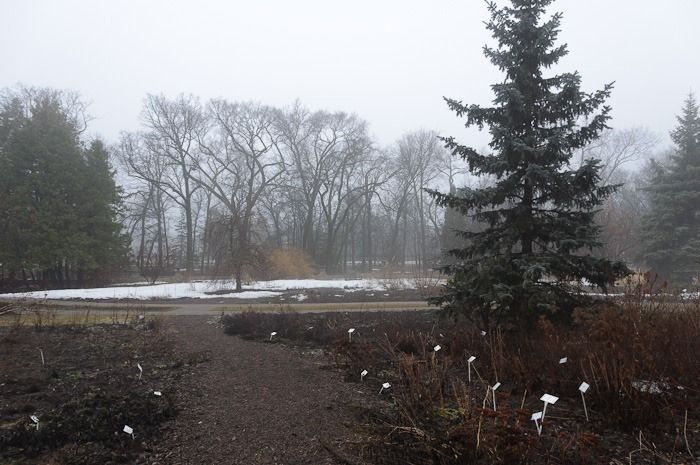 Arrived at the English Garden, it seemed the fog was already lifting. As you can see, there is little to be seen in a garden that just awakes after a near six month sleep under 2 feet of snow. The gardeners have already been busy sowing and planting new stuff. That will be in a future post, I promise.

So, no more fog, no sunshine, the clouds won the show for that day. What is left to photograph? Well, there are the wild animals… Not the ones from the Zoo, which is not that far away, but the real wild, free animals. 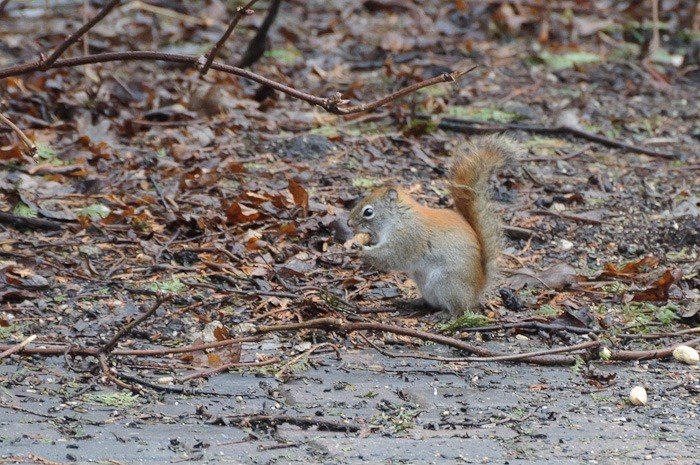 Ok, they are not really jungle animals, true. But they are free. A few peanuts also help to get them pose for a picture. I threw half a dozen peanuts on the ground and waited. And waited. After some ten minutes, a squirrel came along and checked out the peanuts.

Without eating them, he or she picked them up and quickly hid them under some leaves a little further away. Then she came back to do this for the next peanut. Apparently she wasn’t that hungry. 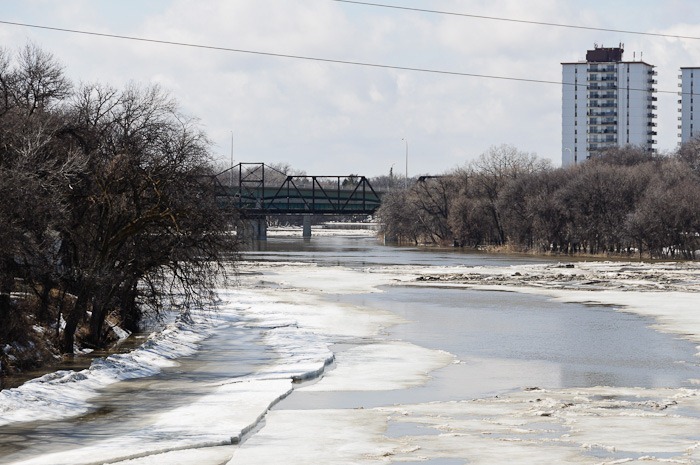 By that time, the sky was clear and for me it was time to move on and see what else I could get. The Assiniboine River seemed to be the next candidate and presented still some ice. At least near the railway crossing. 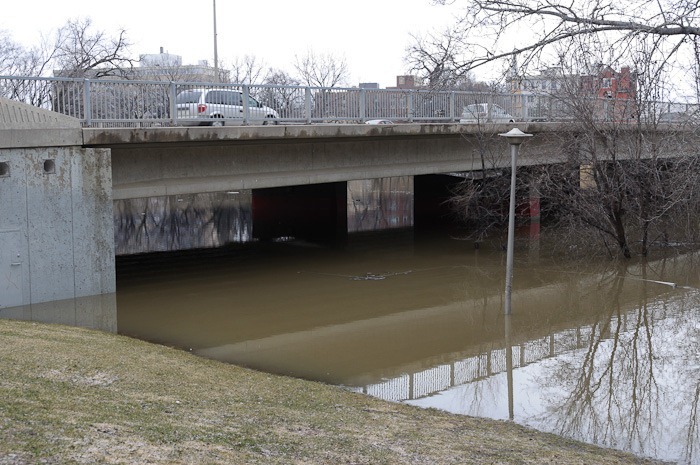 A little downstream the river was free of ice, but very high, as can be seen here under the Osborne Bridge. And this is only the beginning. The rivers are supposed to crest in the beginning of May, another three weeks away from now.

The Red River also was already very high but mostly ice free in the city. To give you an idea of the current in the river I took a small film. 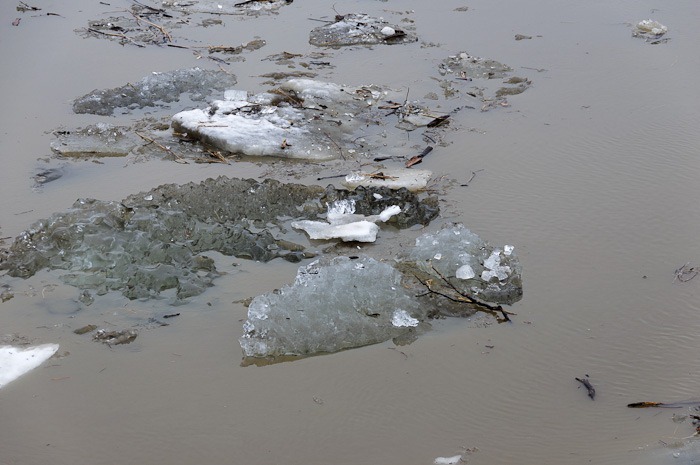 Some of these chunks of ice come from the bottom, not from the top of the river. These pieces are full of dirt and very rounded off on the top thanks to the current. 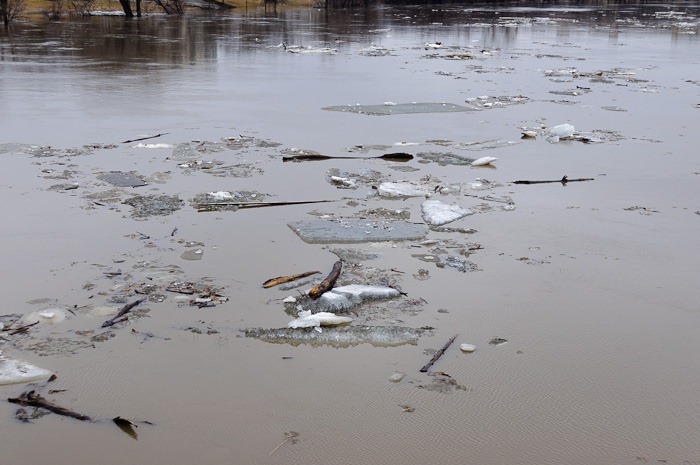 All this will eventually end up in Lake Winnipeg, where is will naturally decay and provide food for many animals and people… Let’s just hope they don’t get an indigestion. Flooding is near and measures are being taken. I hope I will have more information about this in a future post.

Until then, stay dry!