Definitely no diesel. This weekend the World of Wheels car show was in Winnipeg. A good place to get some pictures and enjoy some of our somewhat modified automotive heritage. 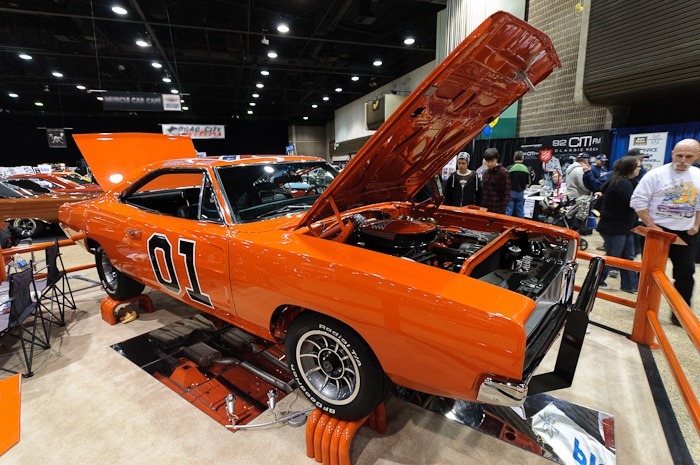 Some cars were nearly originals from the ‘30s, others had a lot of modifications as to retain only the original idea of the car in question. Take a look inside…

Everybody enjoys good looking cars. The cars here on the show, however are not made anymore to roam the countryside in search for the lucky girl. Hmmm, no special meaning here

The lead photo shows a world renowned car, the 1969 Dodge Charger known as General Lee. Obviously for those who have followed the tv series in the ‘80s a lot of these were trashed during the making of the episodes. Not many have survived. This is one of the few that escaped that hecatomb. 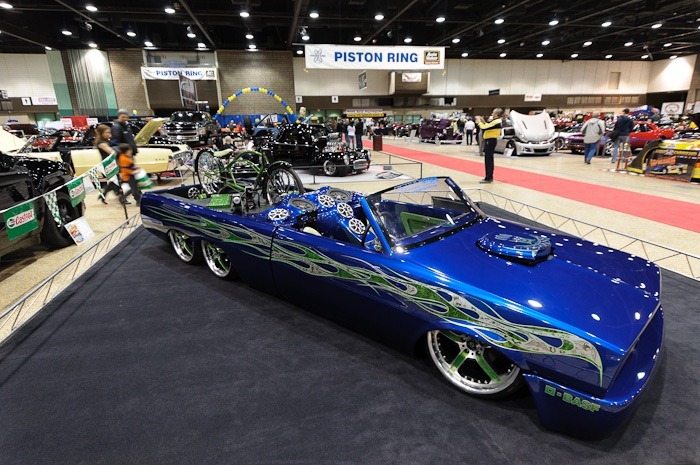 Other cars are simply “over the top”. I wouldn’t know how to drive this car, although it must be possible. 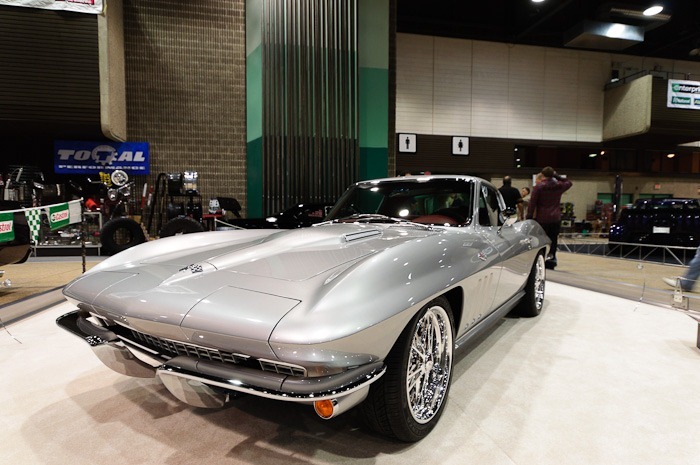 So let’s avoid my comments on these cars, I am not a car fanatic and don’t know much about them. Listening to the people that have built or rebuilt these cars is like listening to Martian for me. I guess the same goes for them when I speak programming with other programmers or photography tech with other photographers. I don’t blame them. 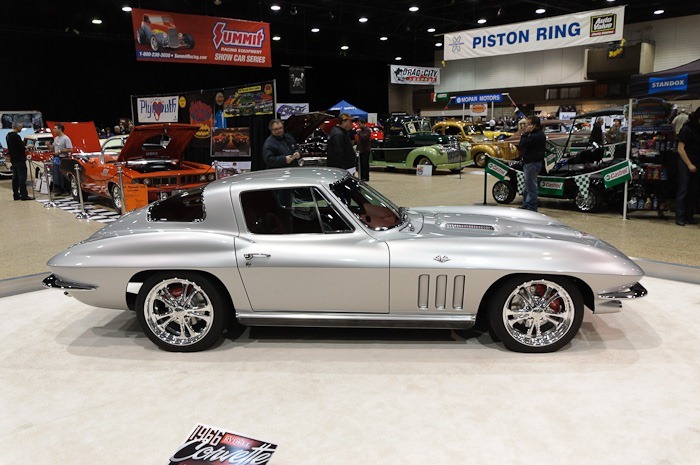 This car is definitely one of my favourites, it really shows that cars can be elegant and have a lot of power under the hood. This Corvette is nicely out of my budget for the next few years though. 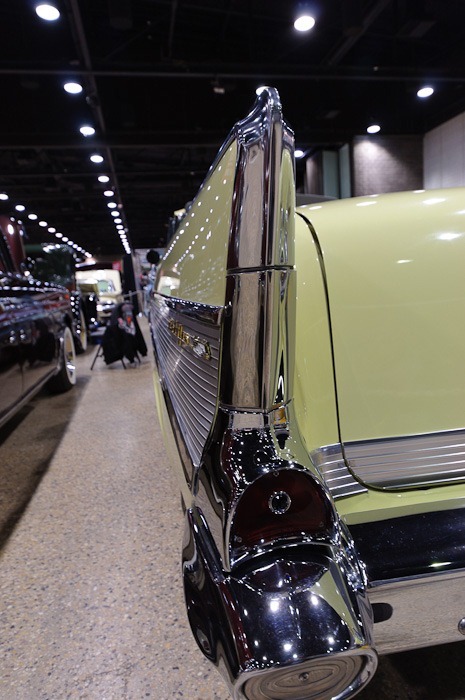 And then you have the vintage cars, some of them restored, others completely modified to resemble today’s ideas of a car, blended with some nostalgia. 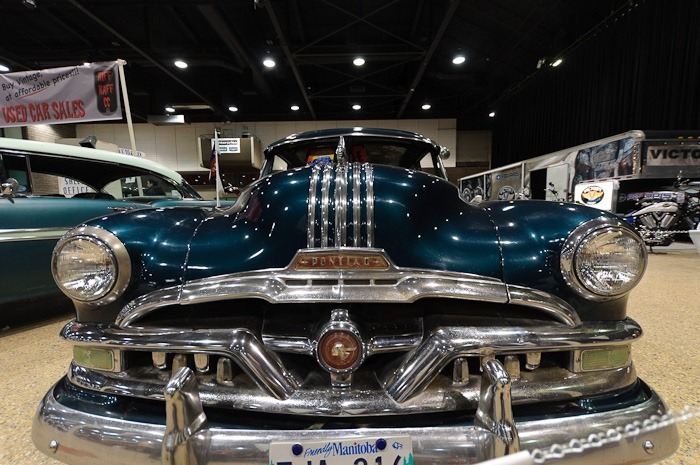 Those that have been modified to the bone may look like this: 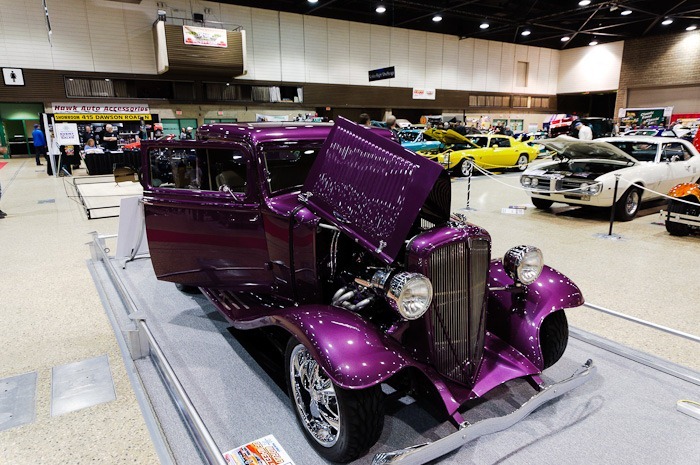 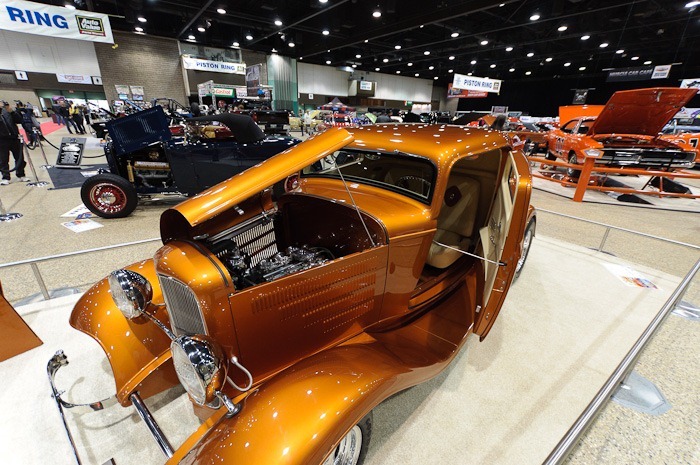 This one has its license plate hidden behind the grille. It should be able to go on the roads. I have my doubts about the willingness of the owners to drive these cars on the Manitoba Winter Roads though. 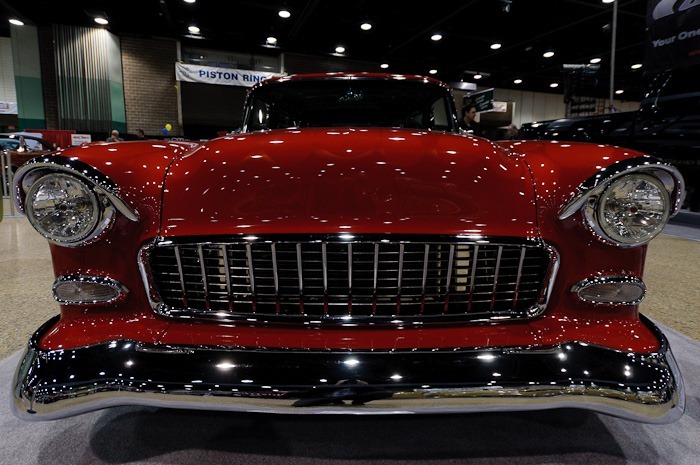 Then I saw this one… It is definitely no Plymouth 1959, so it is not Christine, but it definitely reminds me of that type of car. I’m happy this car is surrounded by a small fence and that I don’t get this perspective while it is moving towards me… 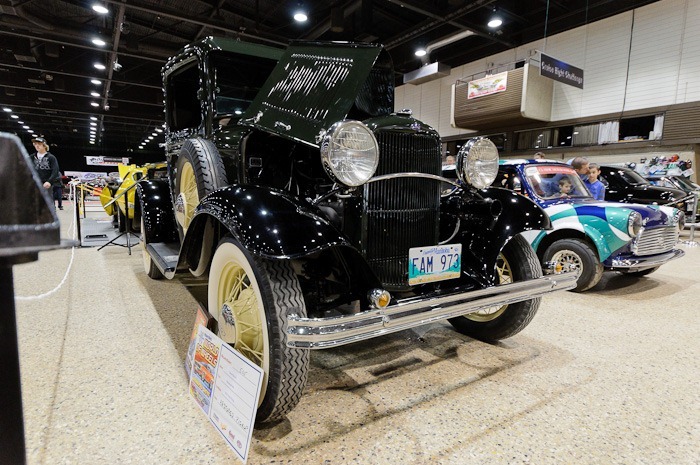 Then there are the restored cars like this Ford Pickup from 1932. Roadworthy and licensed to do so. It really shows how well the cars from that era were built, even if they need restoration in our time. 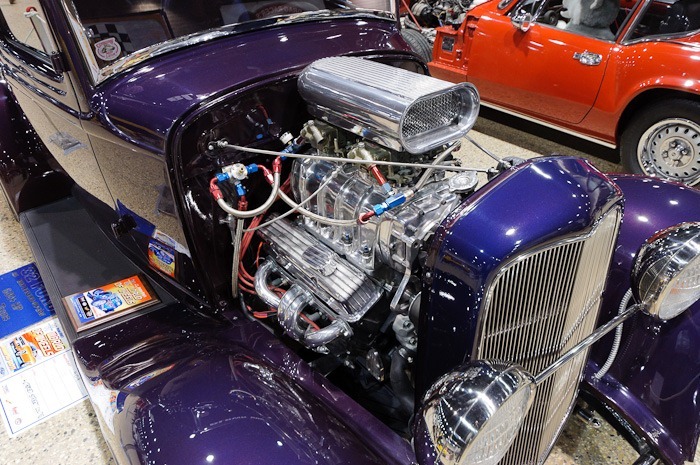 Some of these cars are not only restored, they also got some extra power under the hood. So much power that the hood itself had to go… Great view, for a car that stays under cover and indoors. 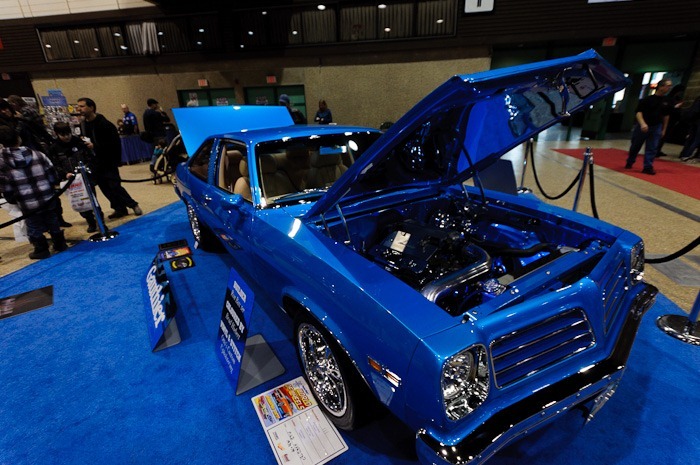 This 1976 Pontiac Venture would give you the blues. It has everything, in blue. My camera had some difficulties keeping the blue channel in check and I needed to get some extra background in the frame in order to make it behave rationally again.

Then there are the people that make the car part of a complete set. Add the coolers and the oil cans to make sure that these go with the car. Or was it the other way around? 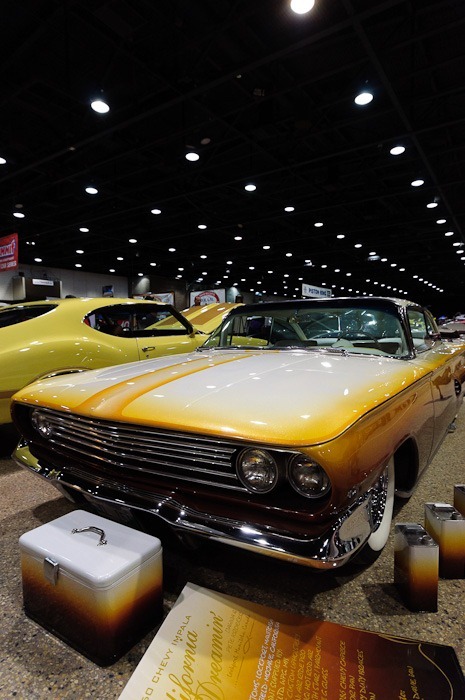 Chevy Impala, quite far from the ones sold nowadays

Whichever way you look at cars, as a passionate, as a fanatic or as a simple driver, or like me, as a pedestrian, the car show had something for everyone to enjoy. As for the gas in the title, there was none. All cars were inside, so no engine was allowed to rev.

I hope you enjoyed it, until next time!