In Winnipeg we have Grant Avenue, for which I have often thought that it was a bit peculiar that a Canadian city should have named a large avenue after a US president. 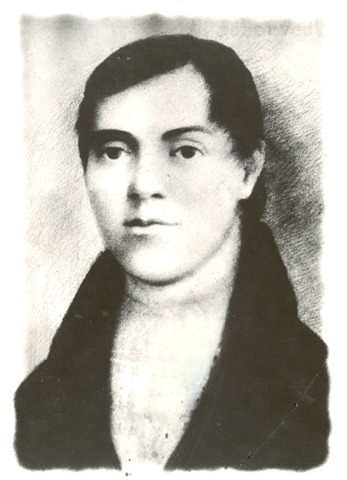 I was wrong. Cuthbert James Grant was the person after whom was named this large avenue. So I went digging a bit further and came up with the following… Come on in.

Grant was the son of a Scottish father and Métis mother. He was born in 1793 at Fort Tremblant, a North West Company trading post located near the present-day town of Togo, Saskatchewan, where his father was a manager.

At a young age he was sent to Scotland for his education and in 1812 returned to the West in charge of a small outpost. In those times there were two big trading companies that disputed each other the fur trade on the territory of Canada as we know it today: the North West Company and the Hudson's Bay Company.

His qualities of leadership, added to his racial background, quickly made him one of the leaders of the Métis. The North West Company, then engaged in the struggle with the Hudson’s Bay Company, made him Captain-General of the half-breeds early in 1816. 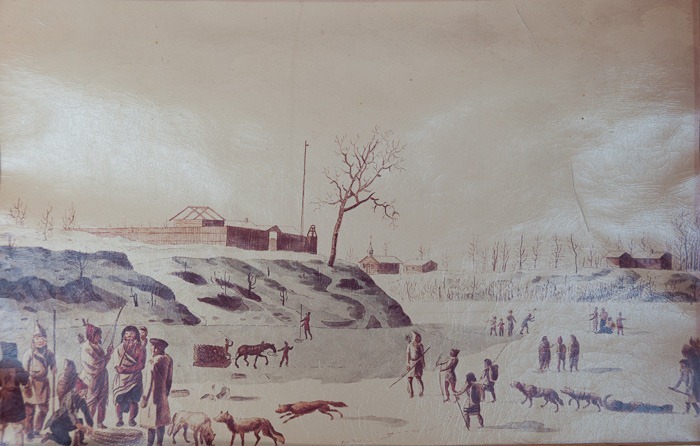 Some of his actions led to the death of 21 colonists from the Red River Colony. After Fort Gibraltar was destroyed in Winnipeg (nowadays a rebuilt version is used for the Festival des Voyageurs), he surrendered himself and went to Montreal to face charges of murder. He was acquitted.

By 1825, wheat was becoming important in the region and many farmers were growing it. Grant built a dam and a watermill on the Sturgeon Creek only a few hundred meters from the Assiniboine River. 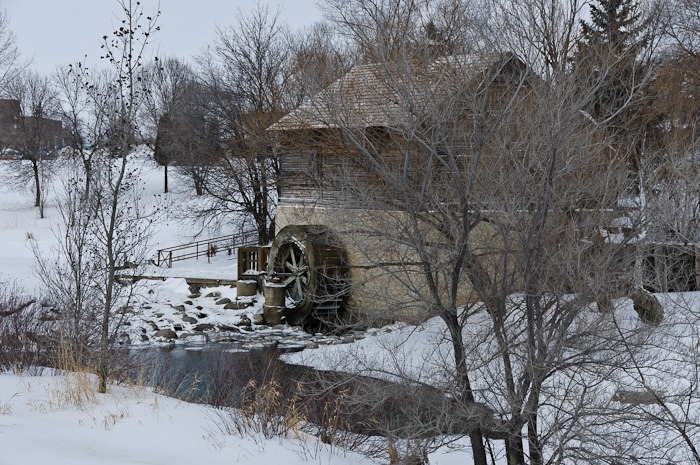 The exact location is not known, the original mill was destroyed by the waters of the Sturgeon Creek, today we can admire a copy of the watermill as we think it has existed. 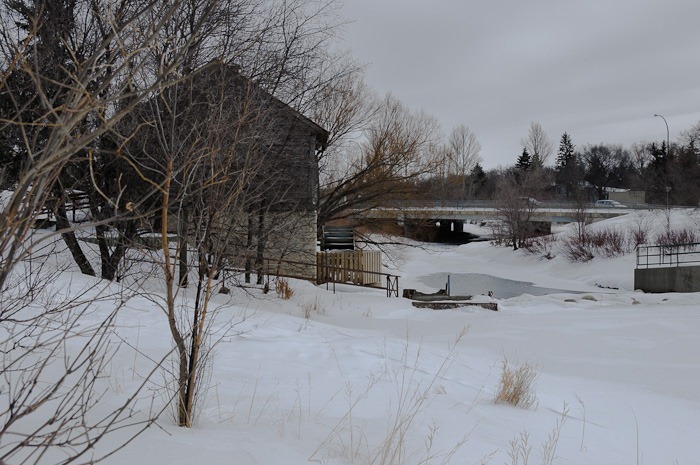 The bridge you can see in the background is today’s Portage Avenue, then it was called the Portage Trail. The dam that was used to retain the water for the mill was probably also used as a bridge to cross the creek.

The Sturgeon Creek proved to be a highly treacherous little creek; it washed away the dam for 3 years in a row. After these three years Grant abandoned the idea of having a watermill in this spot, dismantled it and moved the machinery to Grantown as was called St François Xavier in that time to use it in a windmill. 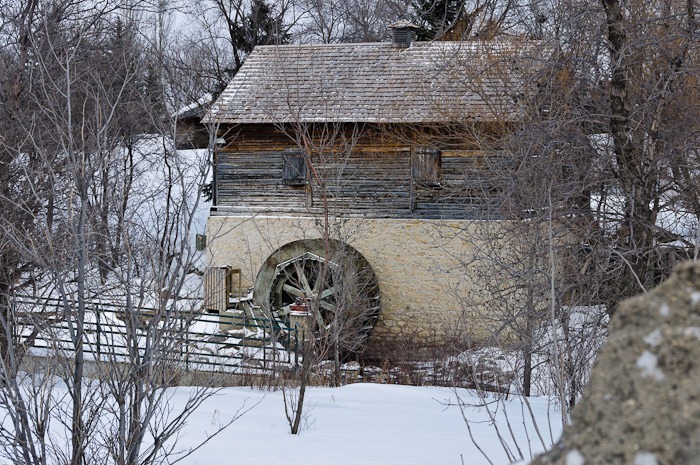 Grant died in 1854 from the consequences of a fall from his horse. The Sturgeon Creek is still there today. It proves itself to be just as unreliable as 150 years ago. 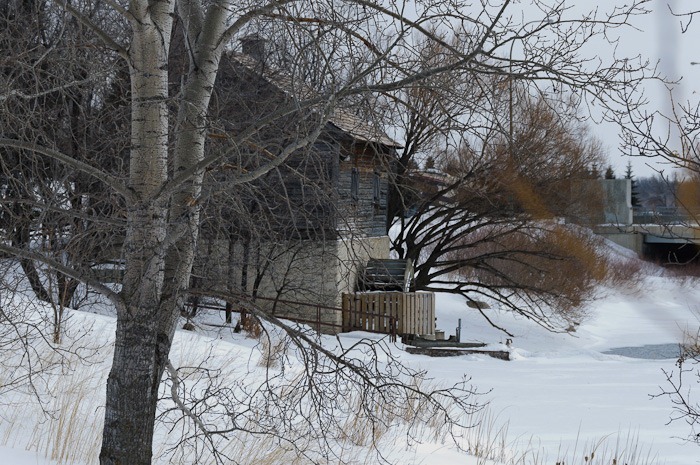 The creek inundated Portage avenue in 1974 and again in 1979. After that, the creek has had some “surgery”, i.e. it has been widened and thus the risk of a flooding in this area has been diminished.

Today I went to this place to take some pictures of Grant’s Mill. The fresh snow from last night made it nearly impossible to approach the site without sinking in the snow to my hips.  Stepping on the ice near the mill seemed also a bad idea, seeing the open water still there after 4 months of temperatures far below zero. So, more pictures should follow, but in a different season.

Until then, take care!