Voyageurs are travellers, for those who didn’t know. Once a year they settle down in Winnipeg and have a party. A great party. 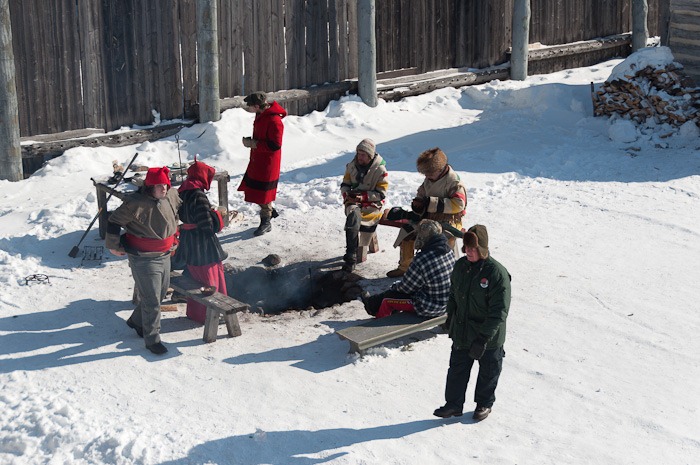 During the 14 days of that party there is lots to do and to see. Not only the beautiful snow sculptures. Take a look inside…

Old activities are back. The blacksmith for example now has customers again.  Or at least he has something to do. 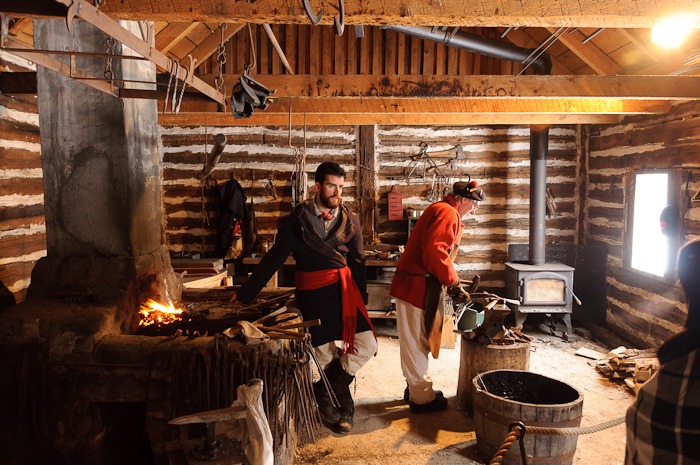 There is always something magical for me when I see a blacksmith create objects from raw material. It’s something I cannot resist watching and photographing. 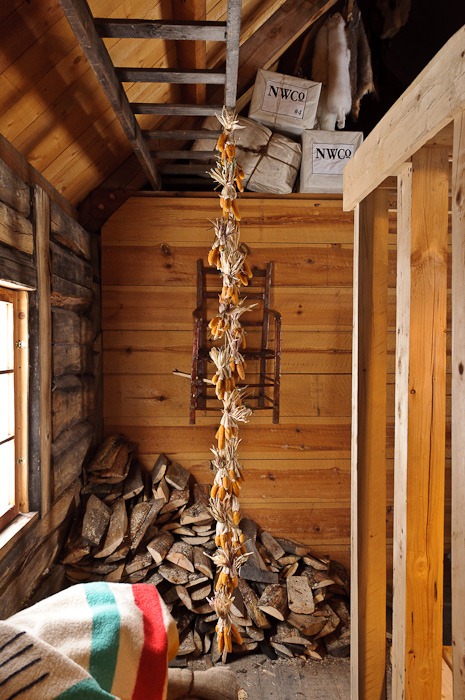 Food is important. I can tell you. But also for the voyageurs who need their daily ration of meat and fat. Pemmican is such food. Shoot a bison, dry the meat and pulverize it. Mix the powdered meat with the fat of the bison and let it harden. This is pemmican. The bags it is stored in are fairly uninteresting to photograph… Let’s move on. 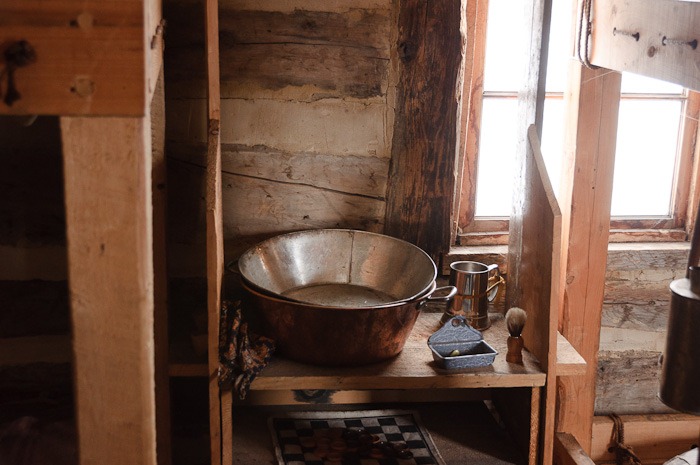 In the guest house I had a nice conversation in French with one of the voyageurs. He told me the bunks that are here are rather short. With my 6ft6, I had some difficulties imagining me in these bunks. Even more when I looked at the bottom part of the mattresses. 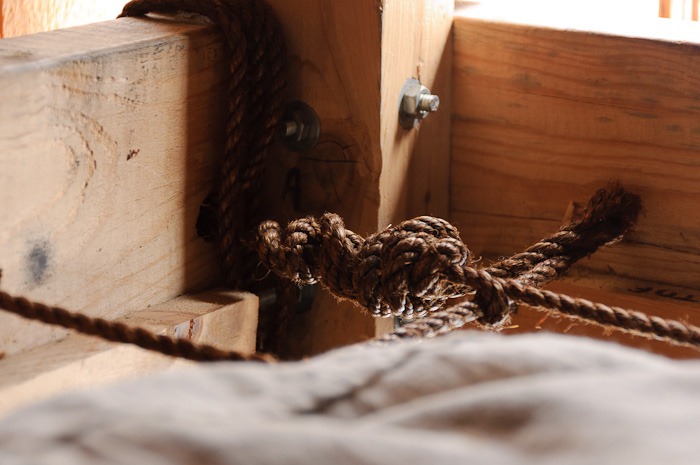 In fact, the mattresses are not made of down or anything comfortable like that. They are simply bags with straw. In French they are called “paillasse” and translate back in English like “strawbag”. Comfortable enough if you’re not used to modern comfort.

People are not the only ones at work here. Outside an important part of the fun is provided by other friends. 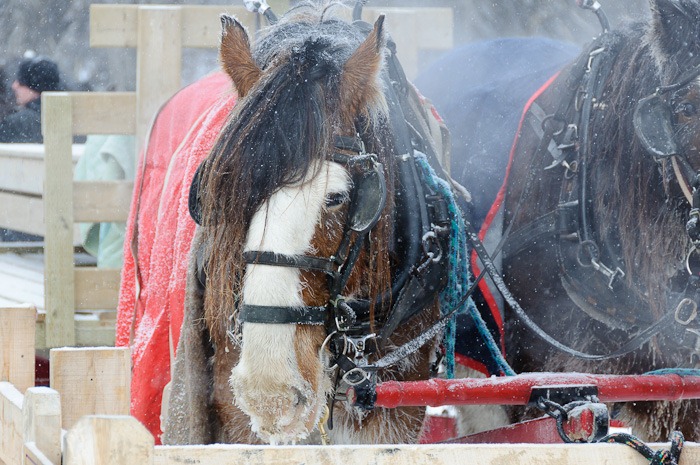 These horses seems to enjoy the freezing cold, but do have a little extra protection. The blankets protect them from the –25C it was. Bravo for the horsies! 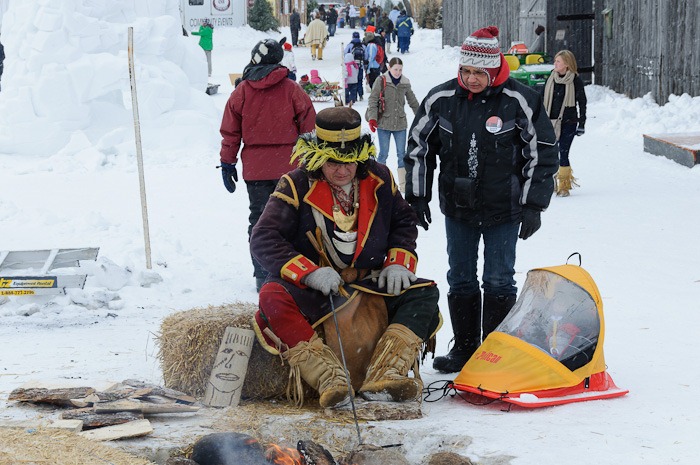 Other people were outside telling stories about old times and family. Even if it was bitter cold, they didn’t seem to mind so much. After all, they are Canadian. The rod this man is holding in the fire was made for him by the local blacksmith. 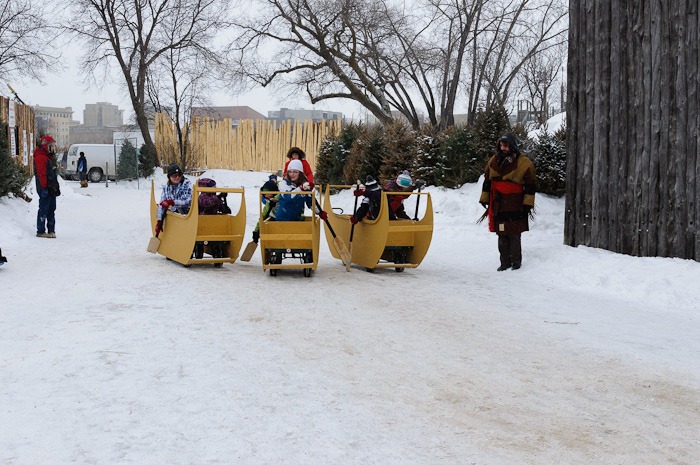 For the kids there were lots of activities too. One of them was speed canoeing. The ones on the left here near the wooden fence were definitely on the right track. Win for the left ones!

After a while it was time to go inside and get warm again. 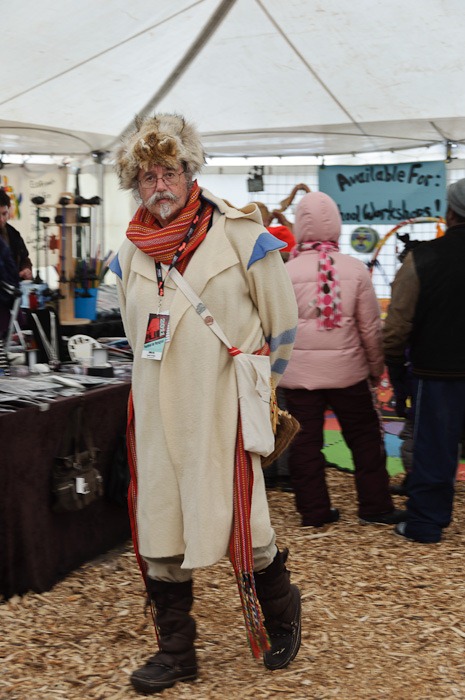 Inside the big tent the heating was on, providing the much needed thawing of the limbs. Some people were walking around in traditional clothes like this man. Despite his ancient looks, this man was also the owner of a Nikon D90… 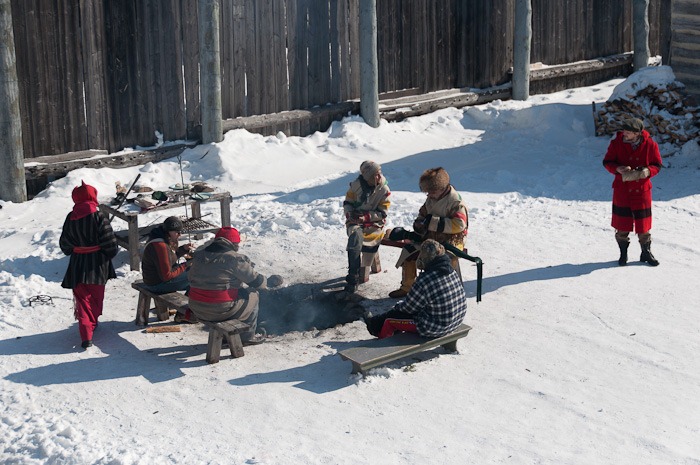 Eating around the fire pit

Other people warm up around fire pits. The stew was for whoever asked for it, but preferably for the people working in the Festival. Less for the visitors even if they were not shooed away. 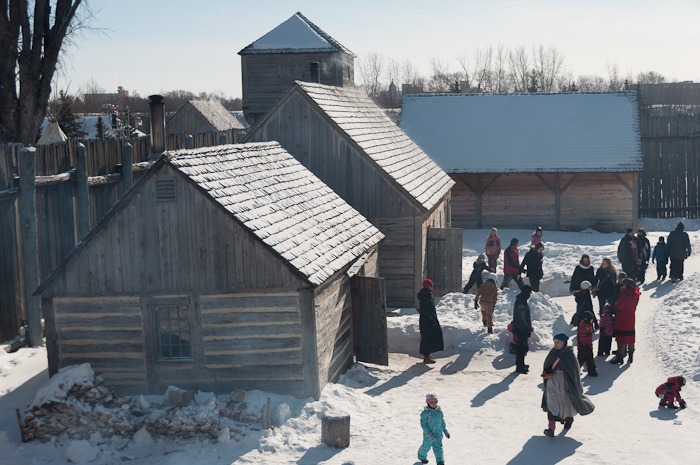 This scene is really old-fashioned. Most of the people here are wearing traditional clothes and don’t seem to be too cold. How about that with all our modern materials like fleece (made from recycled PET bottles) and nylon jackets?

The above two pictures were taken from a high vantage point. How high? 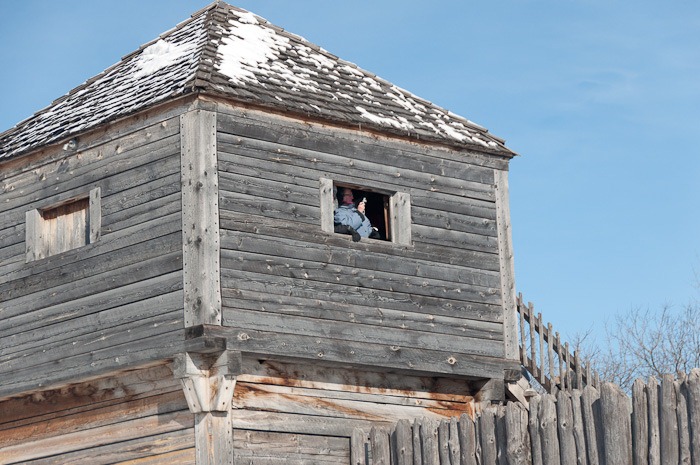 This tower on one side of the fort was built to be a lookout and a prison. The prison is only a 2x6 foot cell, not exactly the place where you would like to spend the night. The lookout over the fort was often used for taking pictures. No wonder, a lookout always has the best view of the surroundings… 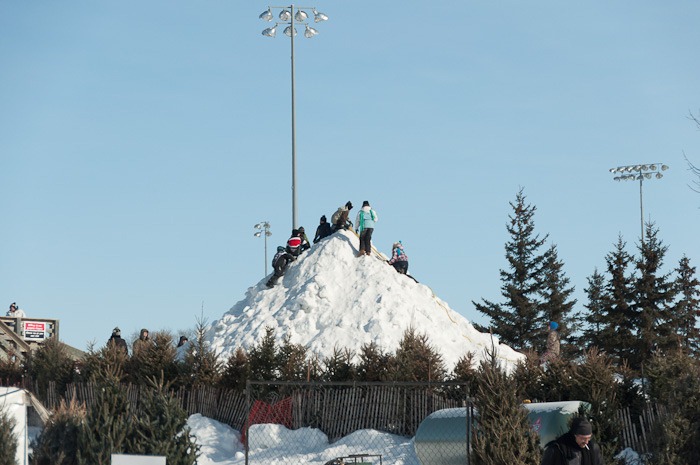 Although in Winnipeg there are no mountains or hills (apart from Garbage Hill) the kids can still have fun on the snow hill especially made for them here. Lots of them had fun and chutes down the slope…

That ends it for today’s post. I think I still will go and take a look at the sculptures during the evening. It seems there is awesome lighting this year.