“Fort Whyte Alive, Human Nature” as it is advertised on the entrance gates. Already a few times I have written about this fabulous place within the Winnipeg city limits. 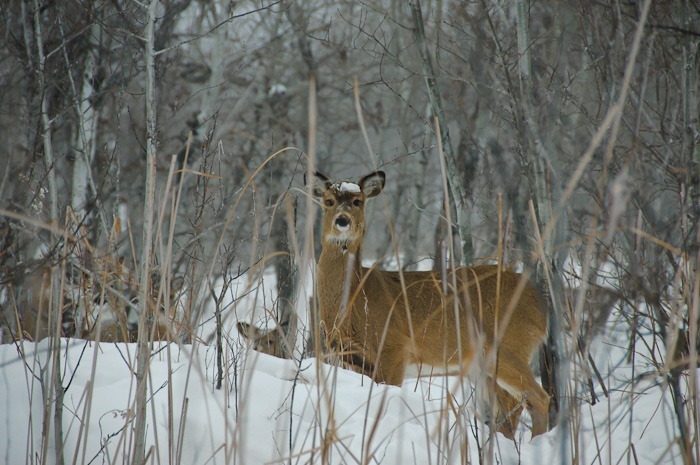 Today was, what a surprise, bitter cold. With the windchill it must have been minus 40C. I didn’t stay out very long, but still long enough to get a few nice pictures of Fort Whyte Alive’s bigger residents…

Bigger than the usual species one can find in Fort Whyte during the day. Bucks weigh between 60-130 kg and does 40-90kg. That makes me heavier than the average deer in the place ( hmm, I’ll have to do something about that ).

The deer at Fort Whyte are wild, even if they live in a more or less enclosed space. More or less, I saw them wander into city gardens once. Sadly I didn’t have my camera ready then. 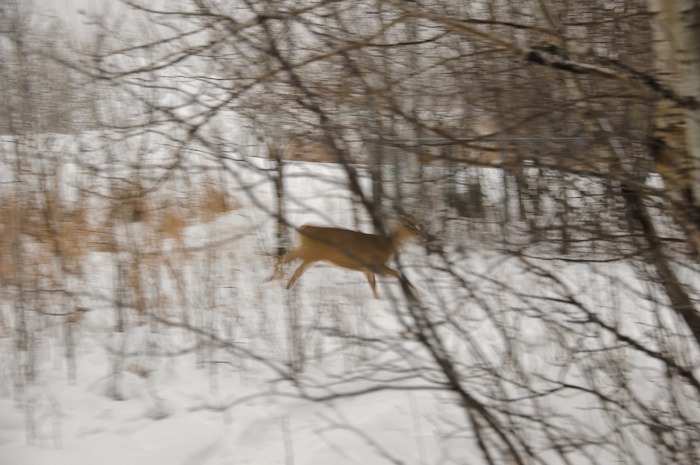 They are not easy to approach, I had to stay very still. Once I started moving, they took off. So today I tried to shoot them again, this time early in the morning. A friend and I went to Fort Whyte around 8AM, everything was still closed except for the front gate. And even the front gate should probably not have been open yet.

The car thermometer told us it was around –20C. We had big plans for a great walk, meeting deer, birds and other animals. Then we got out of the car; the wind was breathtaking, literally. Strong icy cold wind made it nearly impossible to breathe. Knee deep snow made walking difficult.

Seeing this little trip turn into a photographic disaster, we went back to the car, a mere 50 meters away. Then I saw the above deer, from the corner of my eye. The picture should have been relegated to the recycle bin, but something made me think of it as an old cave painting like this one. 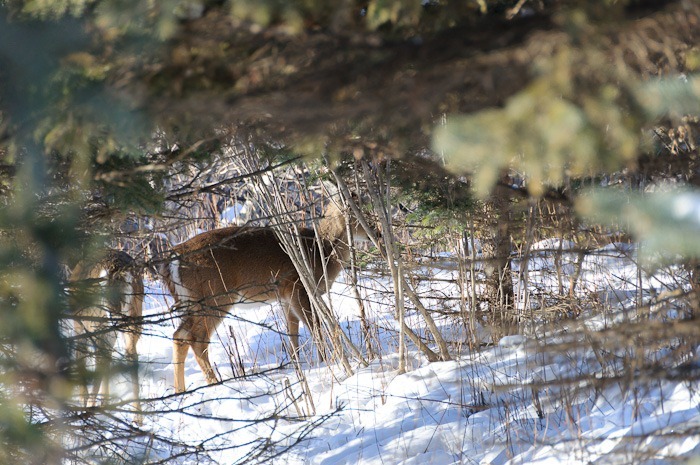 Then I saw more deer going all in one direction. After a little (very little) investigation it turned out that this was the trail in the direction of the feeding station. The territory of Fort Whyte is not big enough to ensure food for all animals during winter, a little help is necessary. 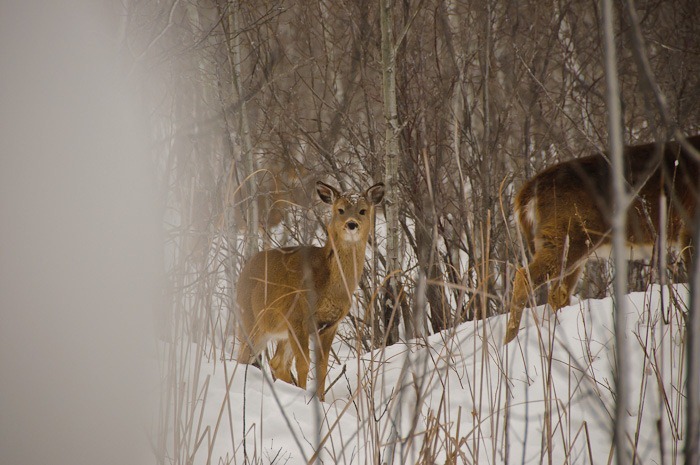 Spotted by a yearling

The sod house seemed like a good spot to stay a bit out of the wind and covered enough to spy on the animals. But looking around the corner of the sod house near the entrance, I was immediately spotted by the deer. Hungry or not, there is nothing wrong with their eyesight. The left part of this picture is the snow on the roof of the sod house.

Then I moved forward to the trail to get a better look. Being armed with only a camera, they didn’t know better than to stop and wait for me to leave. Perhaps they don’t know that hunting is forbidden on the territory. 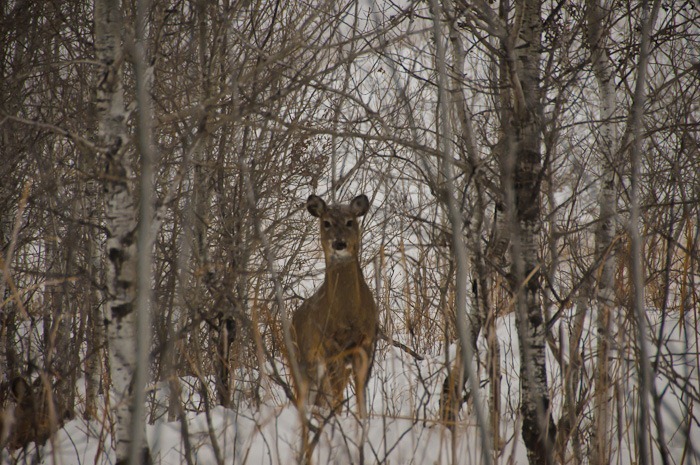 All of the deer seemed to be waiting, with all attention for me. Nice for pictures, you can imagine. I think I had the whole family waiting for me. 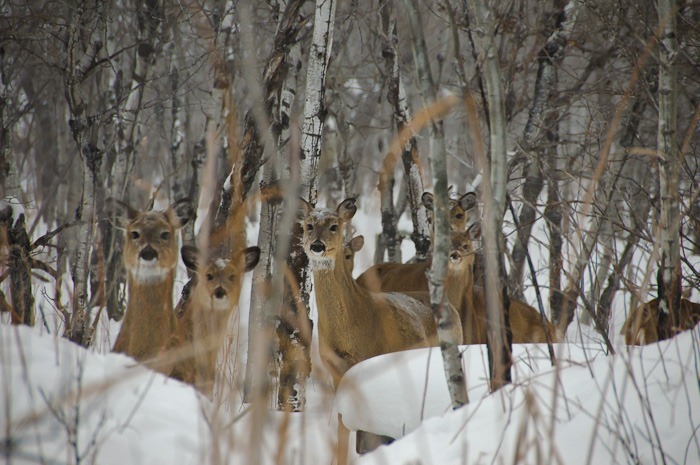 Deer family or a dumbstruck choir?

After these few pictures my fingers started to get really numb from the cold. Instead of taking a coffee and warm up we decided to go home and call it a “morning”. As a nature photographer I may not be so good, but temperatures of 40C below are not my favorite. Perhaps that can count as an excuse…

I already dropped a camera once, I didn’t want this to happen again, simply from the cold. Enough is enough.

The light was just getting a little stronger, the weather was overcast so we didn’t get that sunrise that was “scheduled” for 8:14AM that morning. I think I like the deer pictures better anyway