A few years back, in 2007, I lived in Ukraine. Never more than a few months at a time, law forbid! We were staying in a small village in the north east of Ukraine called Dubinka. Villages in Ukraine are worth visiting, although a full-time life there will seem to be very hard.

In Dubinka, there is only limited electricity, no running water and no gas. If you say no running water, that also means that you have to go to the “outhouse” whenever nature calls…

On one of the mornings we were there, at 6AM, nature called :-( On the first of May, you could expect to have decent temperatures, but this morning the weather gods decided to make a difference. After nature had been taken care of, I was so cold that going back to bed was really not an option. I had to get dressed and do something to get warm. So I went out for a walk, with my camera. The first thing I noticed when I got out the first time, was that it was misty. Perfect for some pictures.

Here is a view of the kitchen garden behind the house: 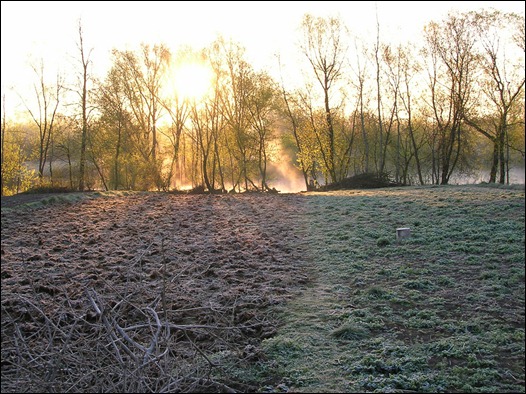 The sun was just getting up, it was just after 6AM (didn’t I mention that already?) As a kitchen garden it doesn’t look much, but it feeds the family all year round, believe me.

Near the end of the garden there is a small pond, not very deep and not very large. Looking at the mist over the water, there is no doubt that this can give you nice pictures. 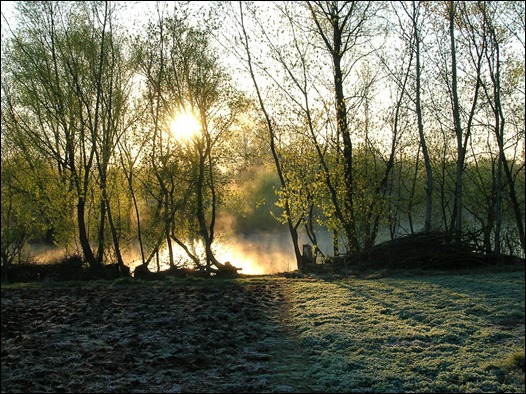 People telling me that with a P&S camera you cannot take beautiful pictures and that you really need a DSLR to get decent pictures, well, they should be thinking again. 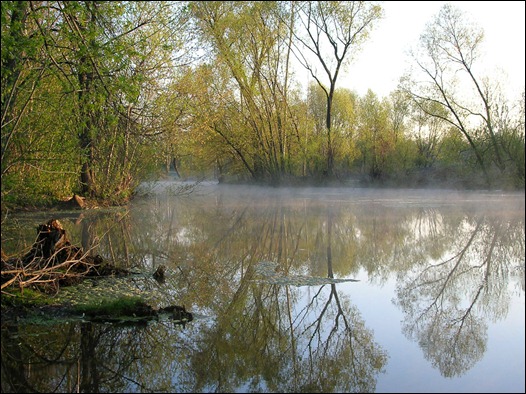 Looking a little out of the sun, this is what came up.

Looking back in the sun, well, even a P&S has some difficulties keeping the records straight! 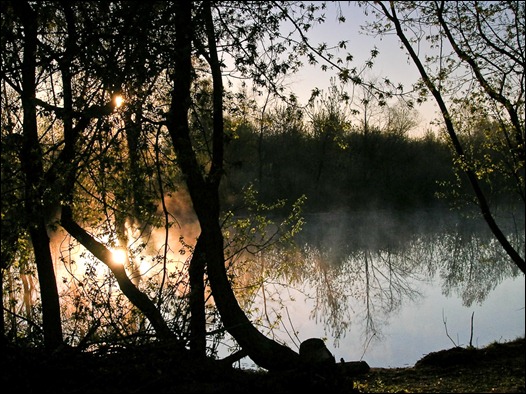 Cold, but beautiful. The above picture was enhanced a little using Lightroom, about 2 years after it was taken. 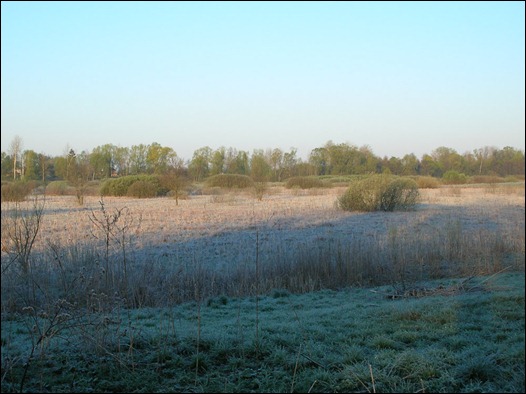 So I decided to walk a little more, to a different side of the village and found a swamp like area. As you can see the sun is barely coming over the trees, and frost is still visible on the grass.

Not even a few minutes later, colours changed. 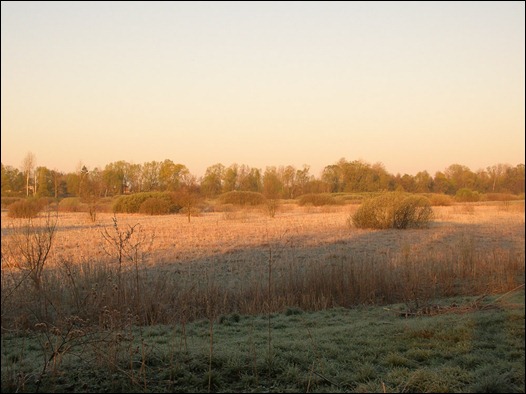 Here, no manipulation, SOOC as the Nikon Coolpix 4600 only shoots in JPG. Not much room to adapt WB here.

After a while I got cold from looking at this beautiful view, and decided to push on a bit. Anyway it was not far away from the house, all within a radius of 500m.

Then I found a view on the same pond behind the house and tried my luck again. 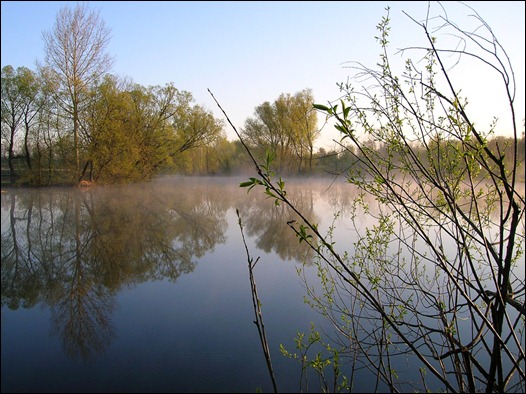 not… Tried the same with some different settings… 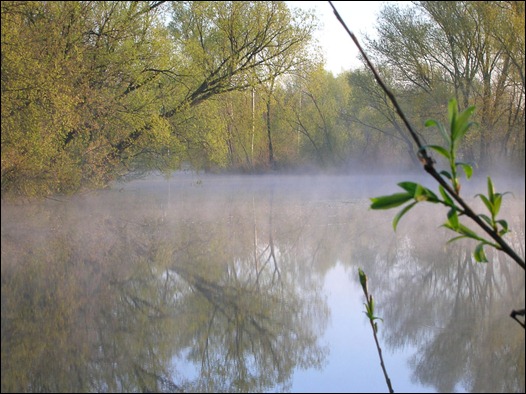 Then I found a different foreground. A sunken boat, used for fishing in the pond. Wonderful! Together with the mist over the water and the frost on the sitting boards of the boat, there was a PICTURE! 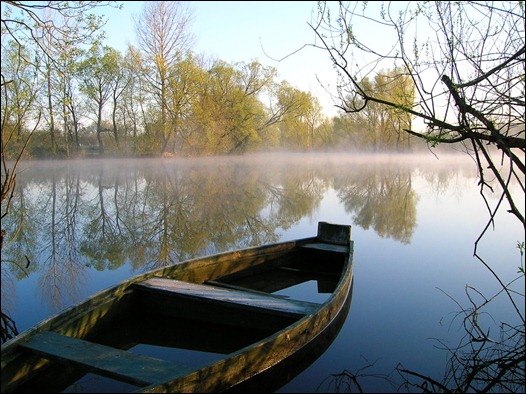 All these pictures were taken very early in the morning, around 6:00-6:15. The early bird catches the worm, they say. This time I got lucky although the worm was a bit frozen. Perhaps that’s why I caught it.