A walk on the wide side

Many photographers will only have one type of camera in their bags or around their necks. We always see the “pros” with two or more cameras, changing between them as they see fit. 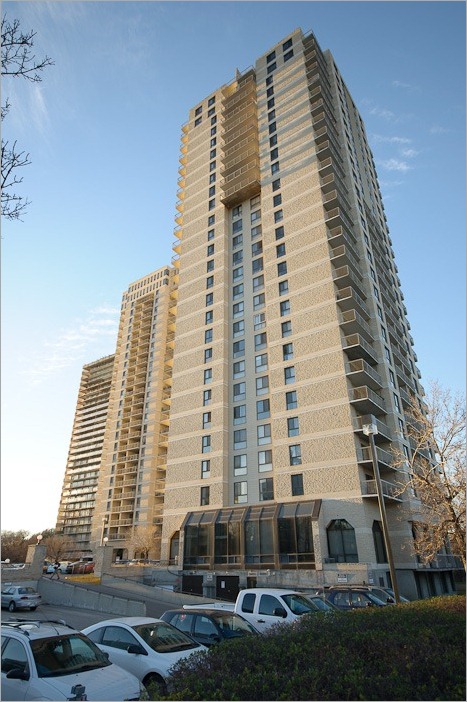 Twenty-six storeys, basements and parking in one picture

When you have a point ‘n’ shoot camera, this is all the possibilities you get, either have one and do everything with it or have many and do the same with all of them. The need for multiple P&S cameras is inexistent. The DSLRs of today have the distinct possibility to change between lenses. So let’s explore this a bit …

I started with the camera’s kit lens a few years ago; a nice 18-55mm. Of course the picture quality is good, you never buy a camera that takes low quality pictures. Let’s not talk about the pictures themselves, the photographer is responsible for that, not the camera. Then, I wanted to have some more reach into the depths of the fields and shoot some birds and other subjects normally too far away.

I replaced the kit lens with my 18-200mm zoom lens, rending my kit lens superfluous.
The 18-200mm did in part the same as the 18-55mm but with better quality. That’s normal, the kit lens is not made for optimal quality, whichever camera manufacturer you take.

The 18-200mm nearly never came off the camera. All of this year’s pictures were taken with it. 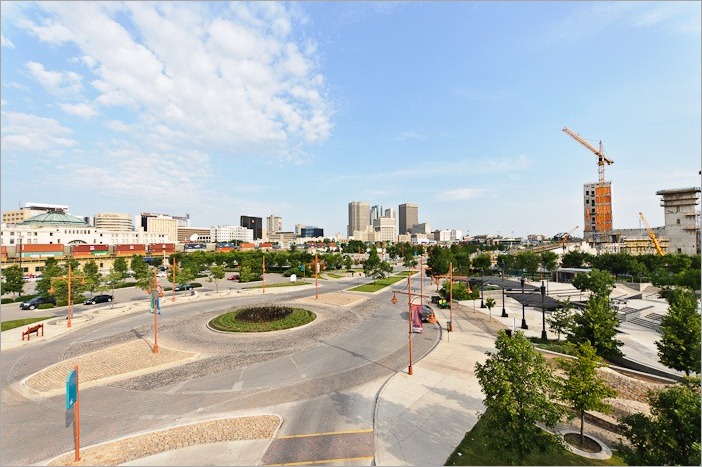 Until I had the “misfortune” to have someone lend me a wide angle in the form of a Sigma 10-20mm. Immediately this put this little nagging grain in my head saying “You need this too, you want this too…”. So when my birthday came up last month I set out to get this lens. 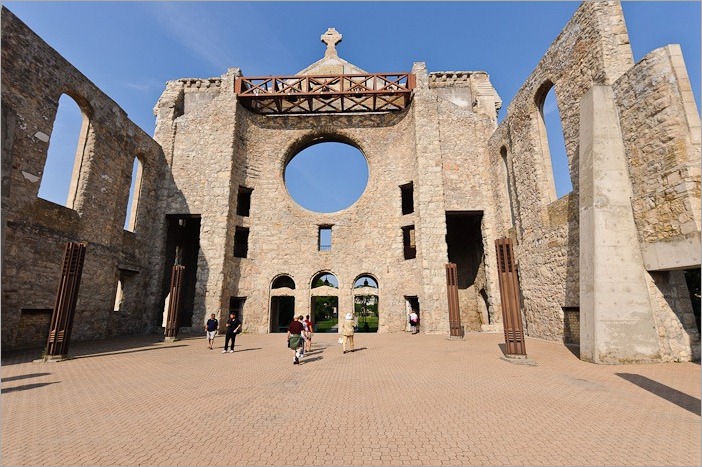 The last 2mm of this lens coincide with my 18-200mm; a little overlap, no problem, just a little less need to change lenses in this range.

Now going to the 10mm end of the new Sigma gave me a whole new idea of photography. Before, I had to make panorama shots, taking multiple pictures and glue them together later to get one picture. 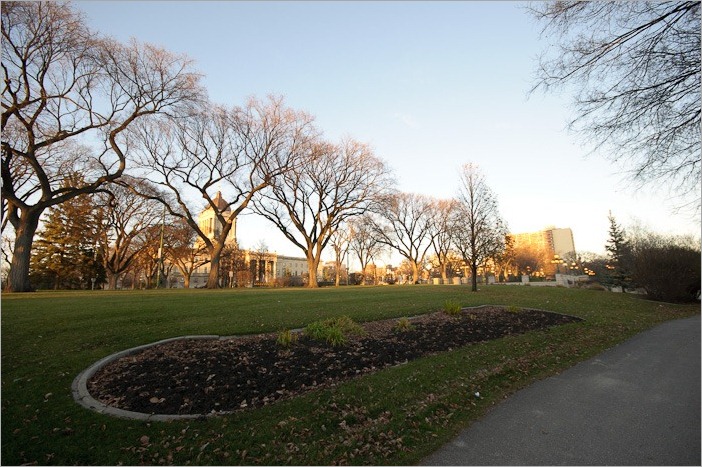 Overview of the Legislature Gardens

Here are some of my first shots with this new toy, as my wife likes to call it.

The Manitoba Legislature is as always a good point to start. The building, dating from 1919, is wide enough as not to fit in one picture unless you want to take a swim in the Assiniboine river. 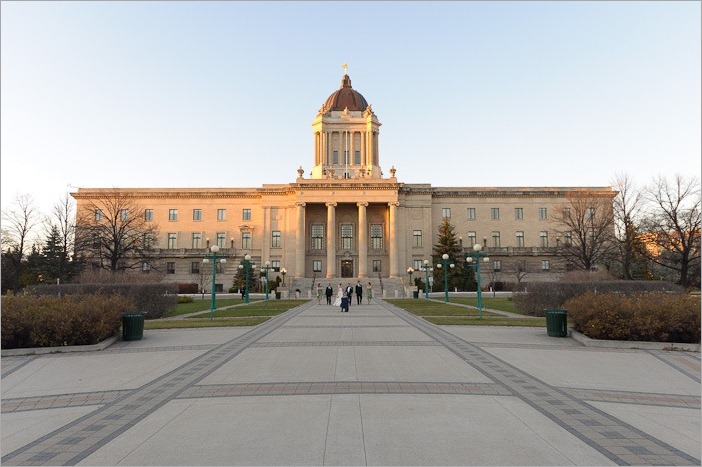 This side of the Legislature is mostly used for wedding parties. The view to the opposite (to the river) looks like this: 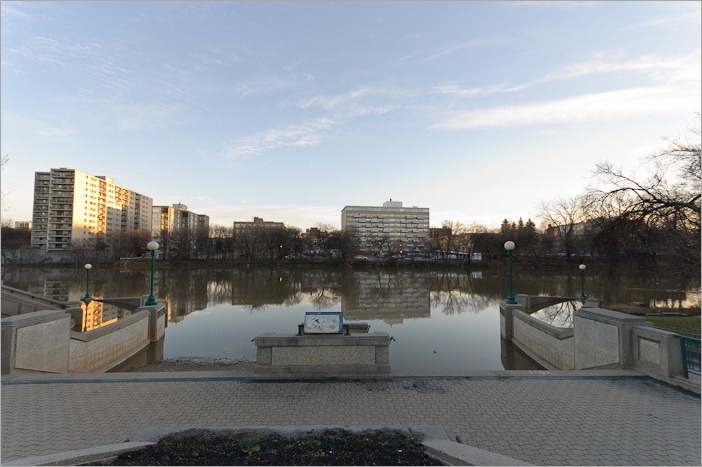 The Assiniboine river, too high for this time of year

The Assiniboine that I have pictured many times before here on the blog is too high for this time of year. When the cold will come and freeze everything, I doubt if we will get good enough ice to skate or even walk on this year. I also said this last winter, but the city managed to get us a nice skating rink anyway, so for now I will hold my judgement…

On the side of the Legislature is the statue of a famous Ukrainian poet and freedom fighter (according to the inscriptions). This time I was able to get the poet and the legislature in one picture, keeping enough details for both elements. 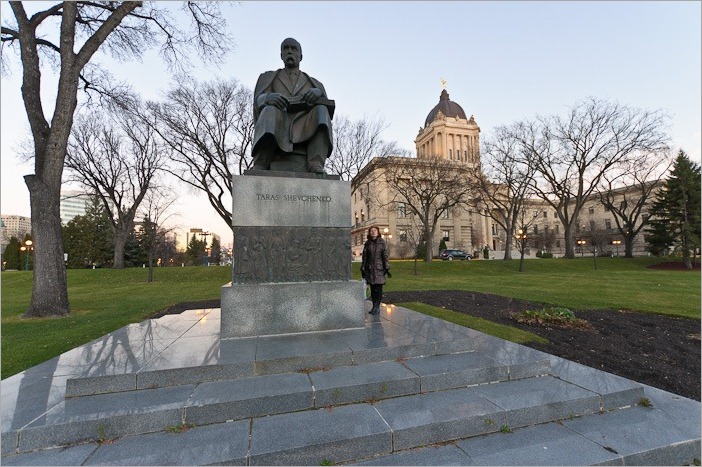 Walking back to the river there is a way under the bridges where people can walk and cross the road in all safety. At least if the river is not too high. 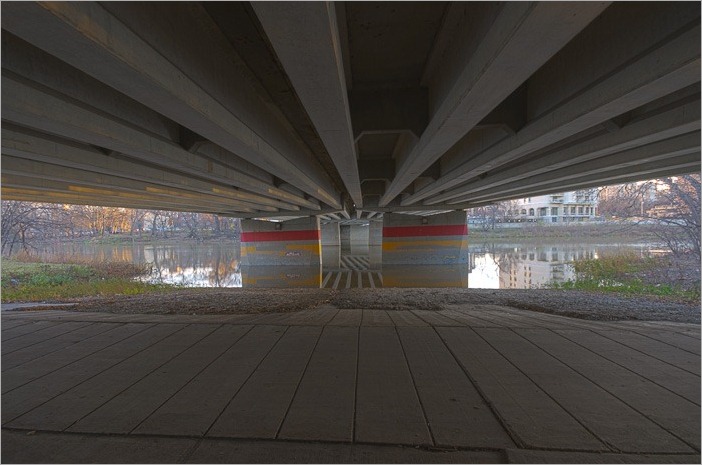 Under the Osborne bridge

Under the bridge it is visible that the water should not go very much higher if we don’t want to see it in the alarm levels. 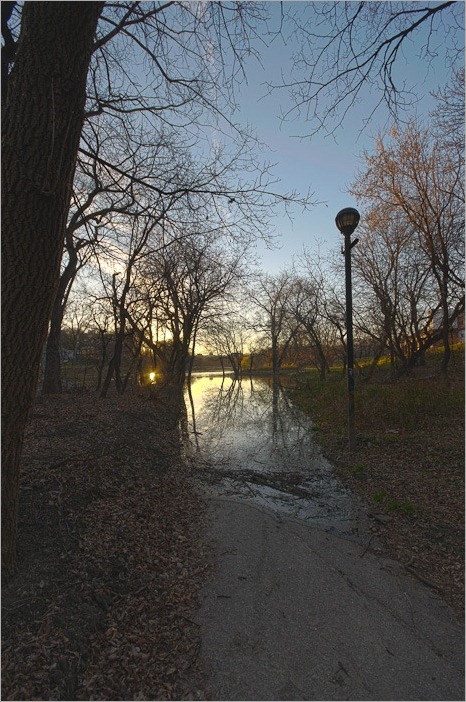 Even the walkways, normally so appreciated by Winnipeggers have been under water all summer. Oh, well, better next year.

When taking pictures with this wide angle 10mm lens it is necessary to take care of the distortion that naturally occurs. The sides of the pictures are mostly drawn out and exaggerated, the center is mostly good. Lightroom 3 has a built-in lens distortion correction filter. Poorly filled in for Nikon lenses, but extremely well filled in for Sigma lenses. Sigma made the profiles themselves… 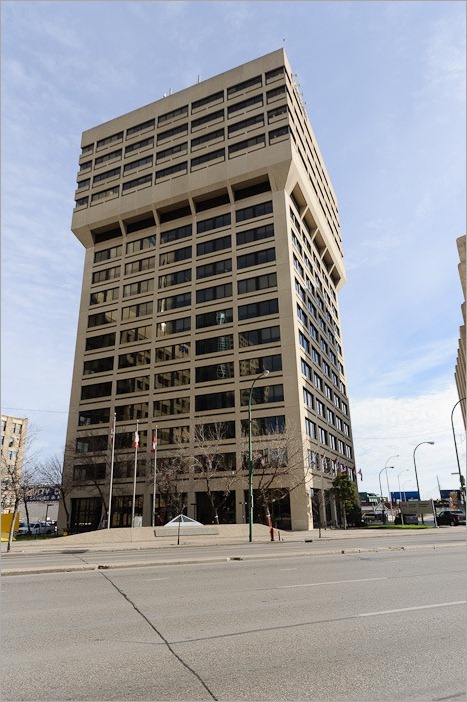 A question of perspective

A corrected version could have looked like these buildings, a little farther away, taken from the same spot. 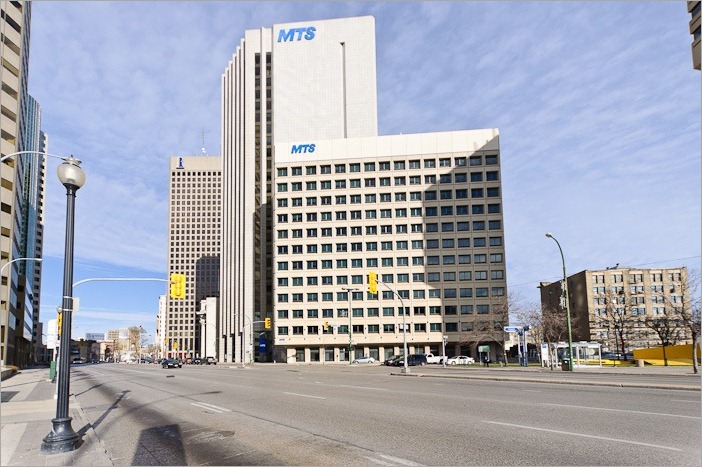 The MTS buildings are huge and are not easily caught in one single picture from this vantage point. With the 10-20mm this is perfectly possible. Lens correction in Lightroom was able to put them straight and keep them completely in the picture. You can see some distortion on the sides, see the lamppost for example. 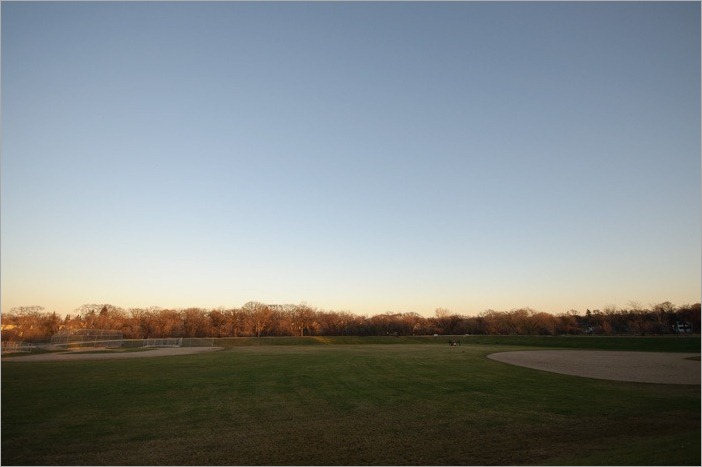 Walking through the city also shows nice sports fields. The wide angle is capable of catching all of it and this time without visible distortion. This picture was taken just before sunset. 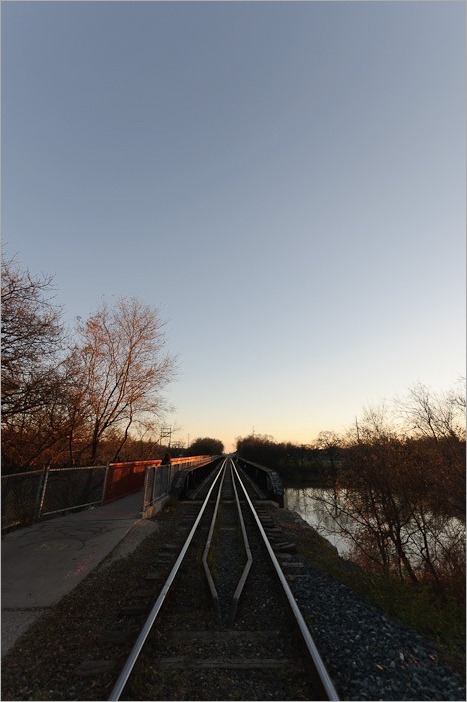 Wide view of a small railway bridge over the Assiniboine

This view of the train bridge over the Assiniboine has a huge depth of view, simply because it was taken with the wide angle. Distances between foreground and background are exaggerated and look bigger than they really are. I managed to get myself off the rails before a train arrived…

These are my first pictures with my new Sigma 10-20mm. Many pictures could be better, but for now I am very happy with the results. More pictures and more enjoyment to come. I see now that I still have a lot of things to learn.