Many people have asked me if we have been safe from Fiona. The storm has largely passed us by. The most damaging storm in Canadian History is what it is called now. 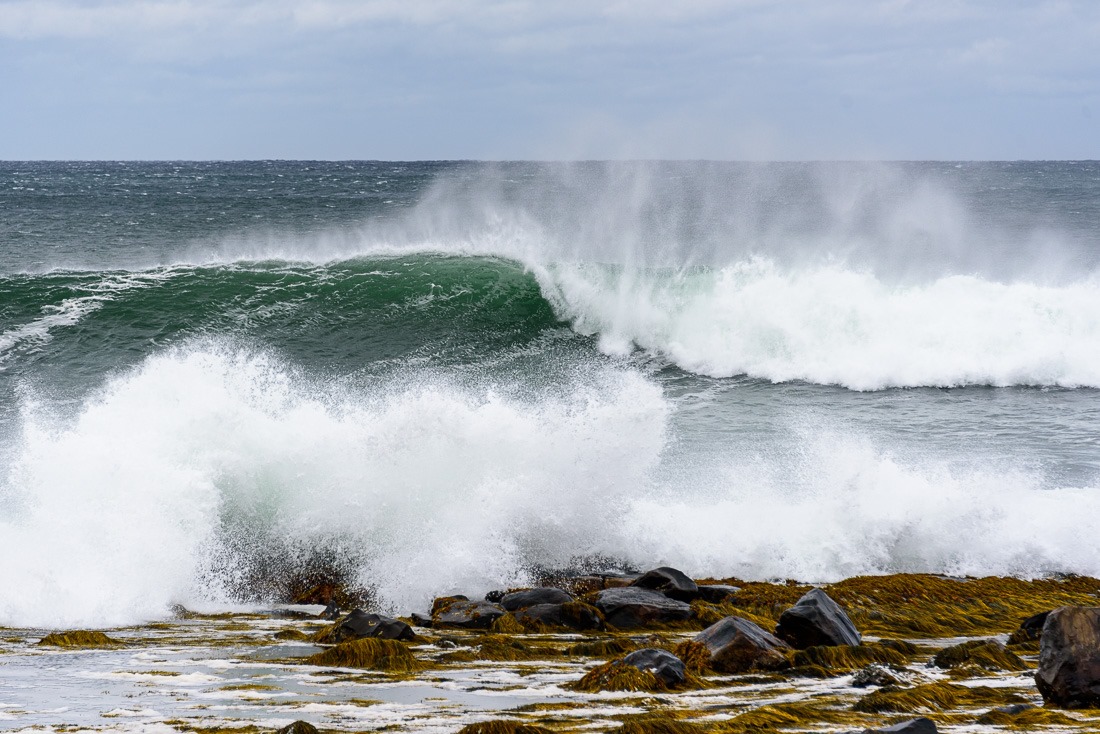 I am not going to dispute that. But in my area, the storm was less violent.

Basically, I went to sleep in the evening that Fiona was to make landfall. I woke up the next morning, having heard a lot of rain falling overnight. Too bad I had tried to “repair” my sump pump the day before the storm. While I did get out all the rocks it had ingested, the plunger was out of whack and my basement was half flooded. I engaged the pump by hand in the morning and the water was gone. 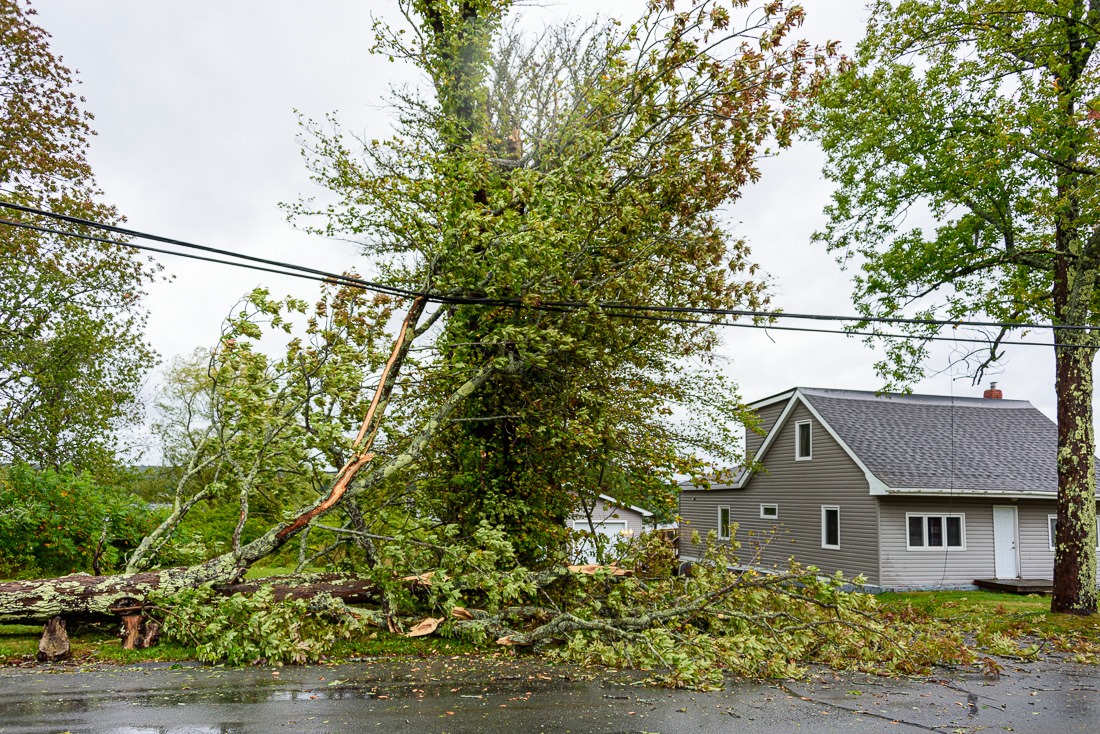 By the time I got out of the basement, I heard a loud crack and a thump. I thought nothing of it, as the storm was already supposed to have passed. The tree next door had had enough of the constant onslaught of the wind. I decided to take a picture and stay away from the dangling cables, you never know, eh? 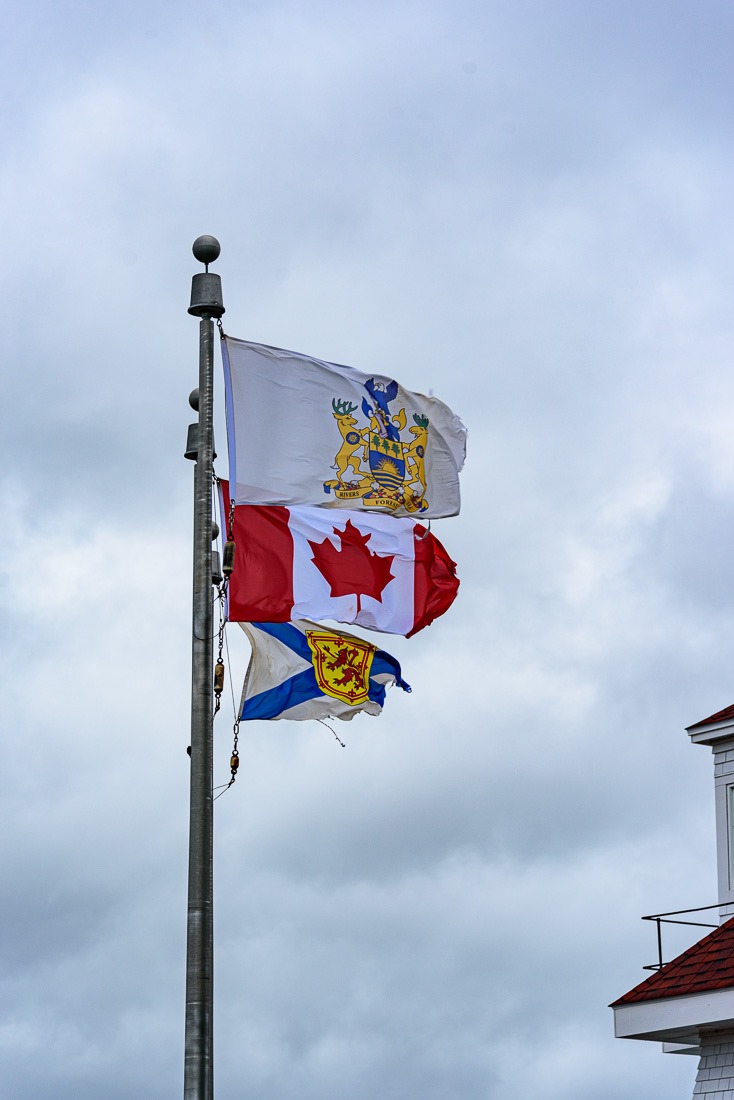 Less than an hour later, the county was there to cut up the tree and secure the cable against accidental contact. No power was lost and no internet was interrupted. Just a minor inconvenience. There was still quite a bit of wind, as the flags on Fort Point indicated. They seemed to have had a rough night, by the looks of it. 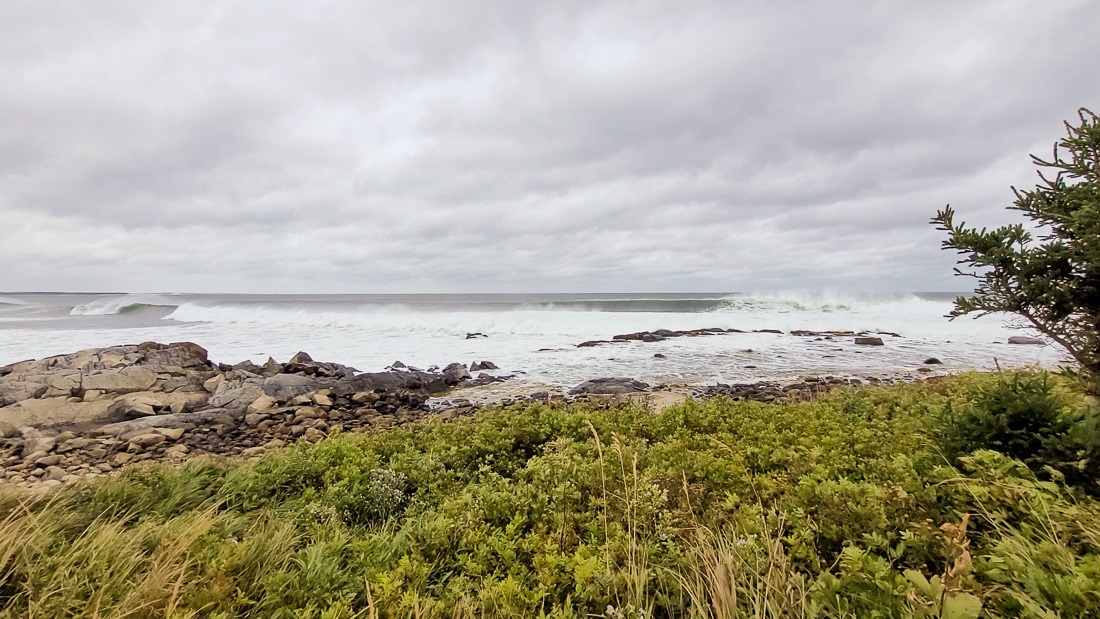 By then it was time to go to the shore and see what was going on there. Surprise! There were so many people out there checking out the waves, that finding a parking spot in the otherwise deserted area was a challenge. I parked when I saw a spot, on the wrong side of the road.

The waves at Western Head

Luckily for me, I was now oriented out of the wind and towards the waves. Check out the video I was able to make from inside the car (window open). For once, I had the chance to record good waves without the wind killing my microphones. Note that the clouds are moving towards the sea, while the waves are coming in. 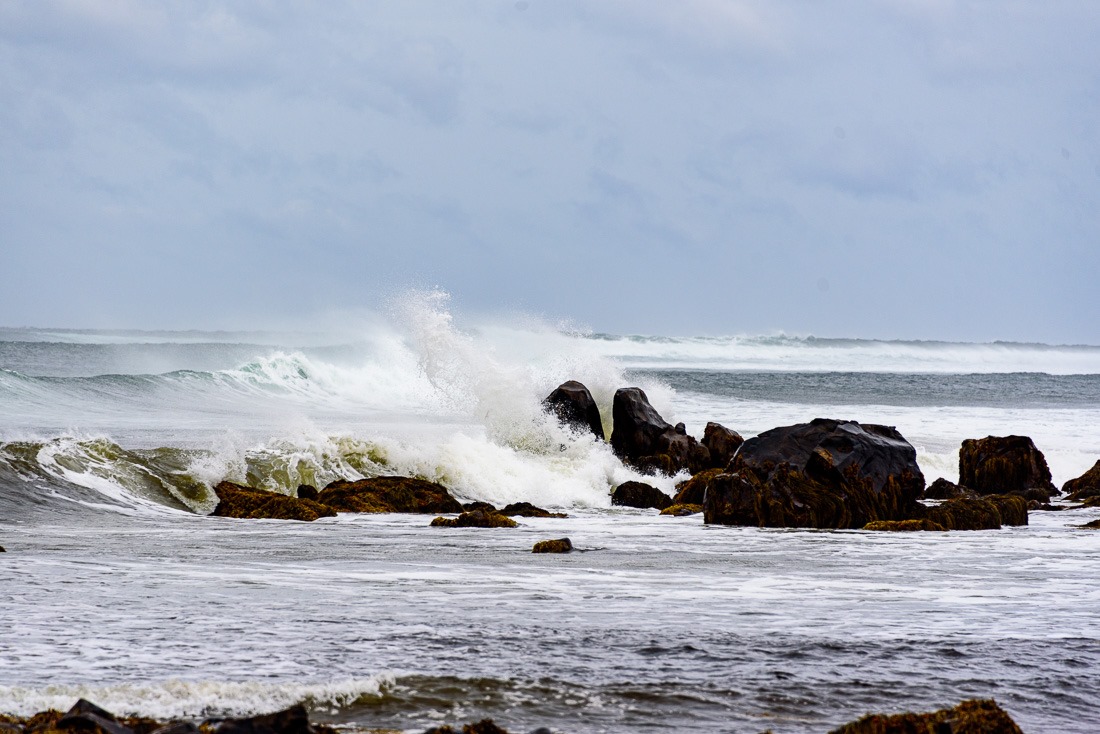 That had been going on all night, so in my area, there had been no storm surge like they got in Cape Breton and Newfoundland. By now, the tide was also low, so there were no “spectacular” pictures to be had. 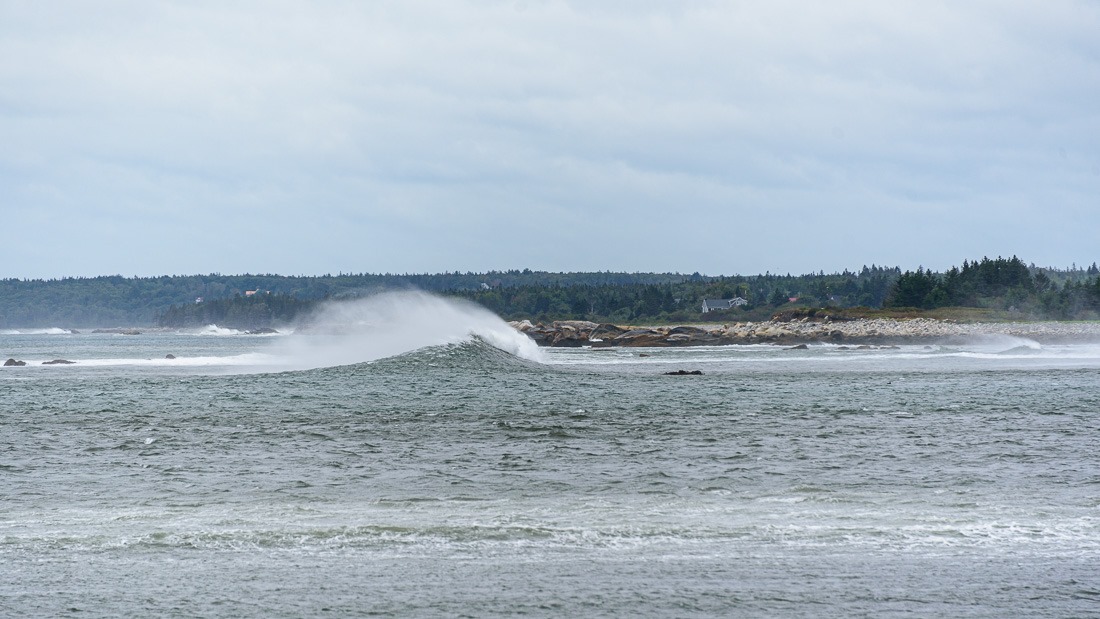 When I decided to go to a different area, I had a sideways view of the waves rolling in. That’s always better than being on the receiving end of them, right? That little bump in the water was easily 3-4 meters high. Pushed back by the wind, its force upon landing was still enormous. 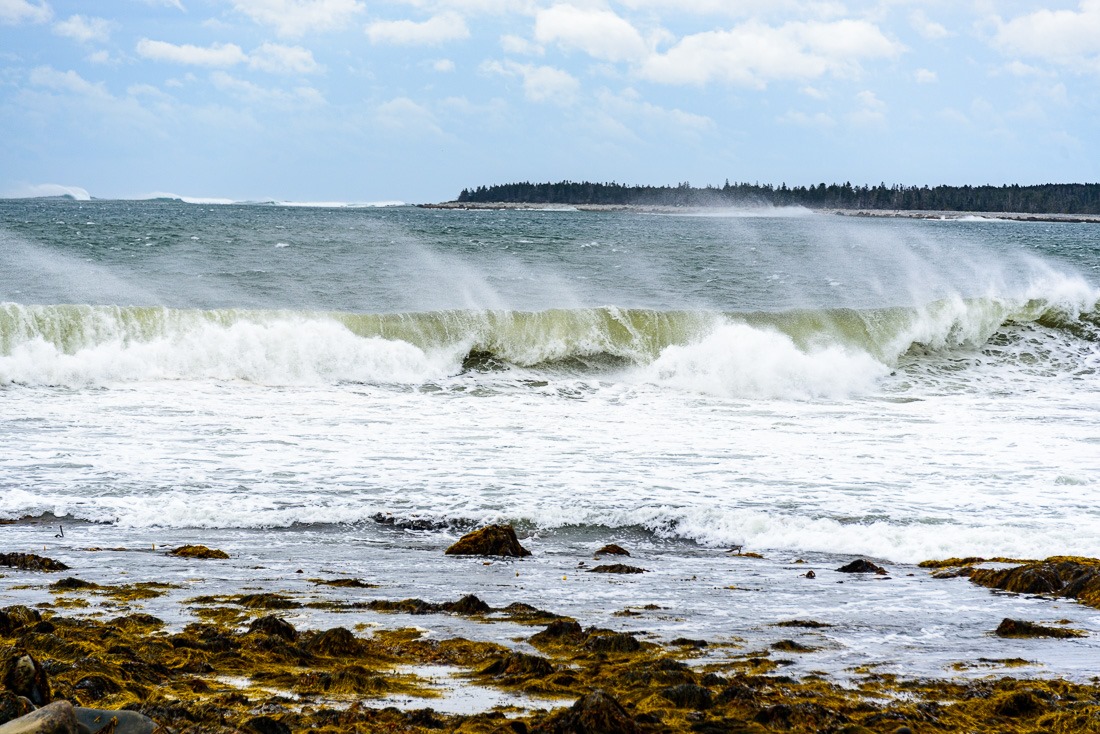 Closer to that “landing point” of those waves, you can see they still had a lot of power left in them. I wouldn’t want to be swimming in that cauldron. Yet some people were trying to surf on those waves. Better them than me. 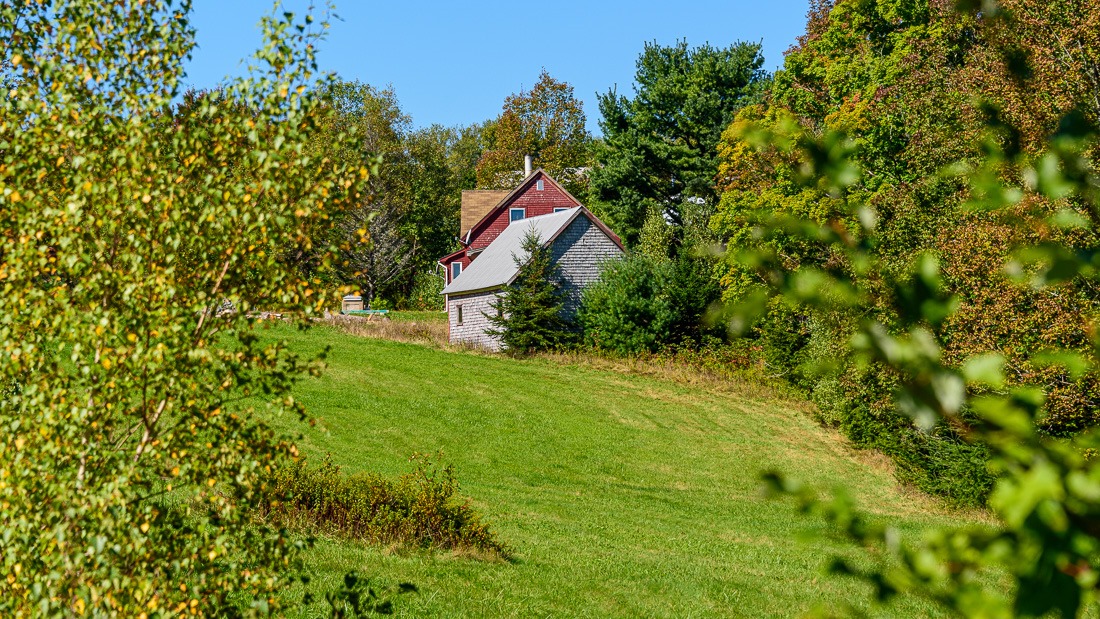 In the afternoon, I wanted to go out again. This time inland, to see if there was much damage there. After all, I seem to be located in a fairly sheltered area. I was met with this idyllic farm. By then, all thoughts of destruction and bad weather had dissipated.

Almost like Fiona, she had moved on further north.

We were spared from the wrath of Fiona, she will not get another chance to torture anyone for a while.