The past weekend has been in the light of privateers. Pirates, if you like, but pirates with a legal status of… pirates. Liverpool has traditionally been the port of the privateers in Canada. The descendants of many of them still live here, although their methods will have changed over the centuries. 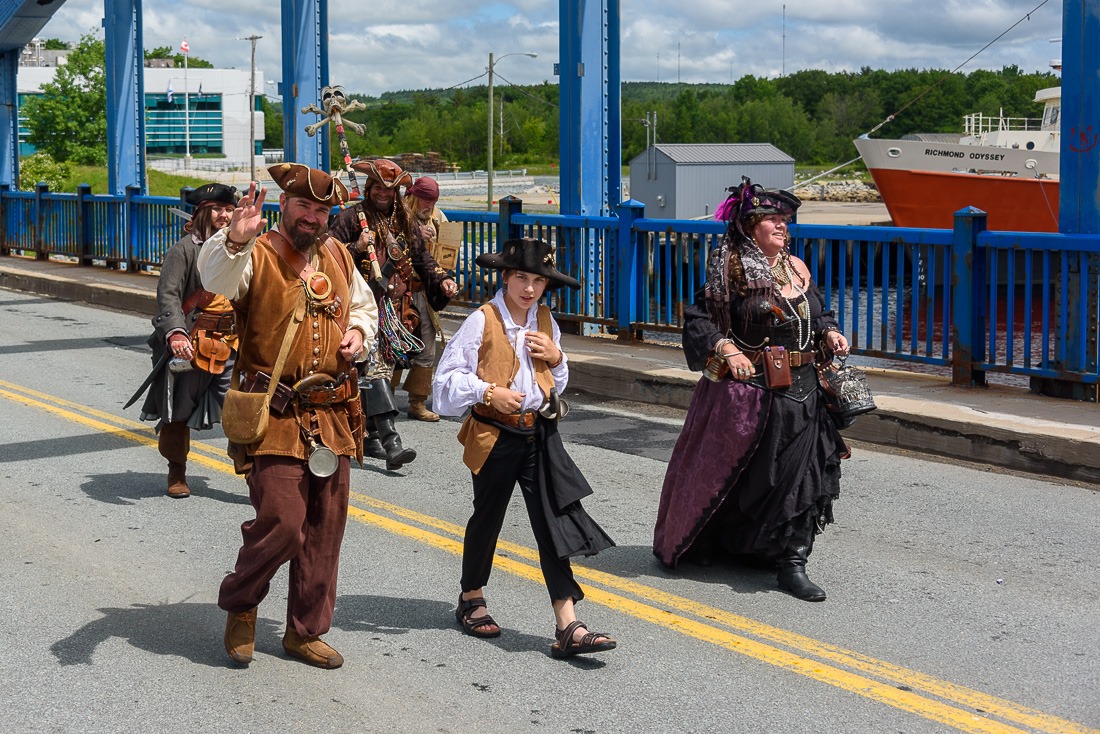 So what’s the difference between privateers and pirates?

The basic difference is that privateers have the blessing of their government for doing what pirates do without that blessing. What do they do? They empty the ships of other nations and sell or keep the contents as well as the ships. A pirate does this as a private undertaking, while the privateer has the blessing of his government. 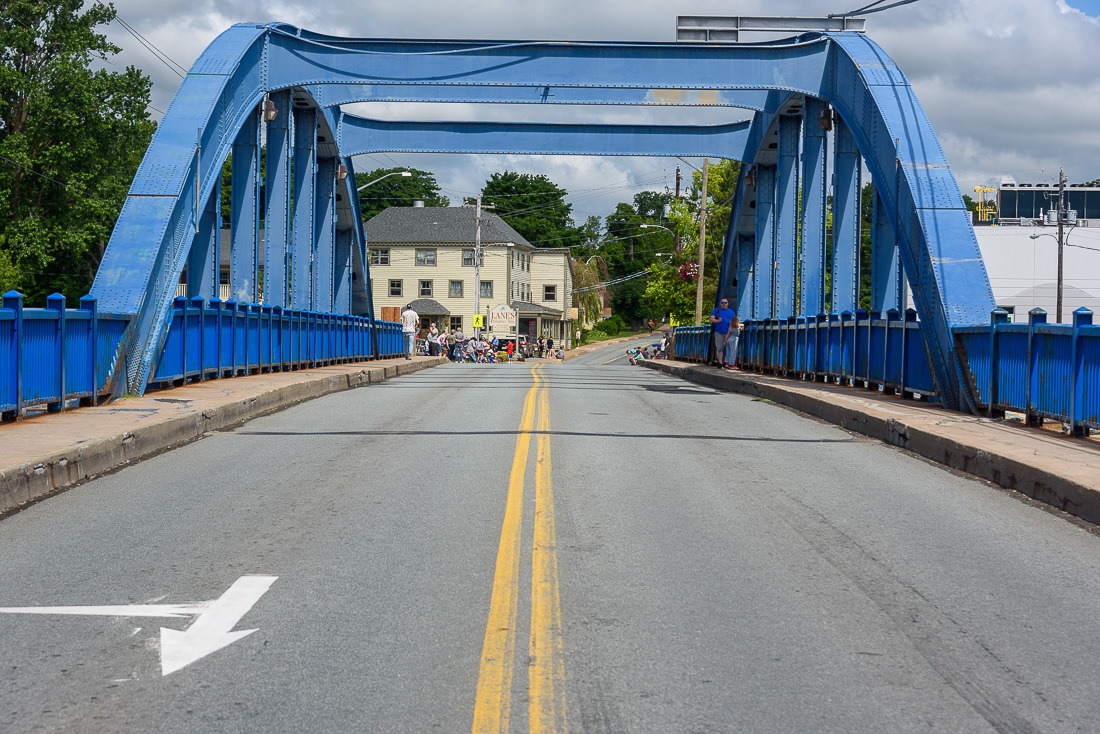 Waiting for the parade

The privateer has a paper (letter of faith) to do this. So he’s not illegal, while the private pirate is. Privateering and the privateers have long since disappeared, unless we count government officials and the tax man. 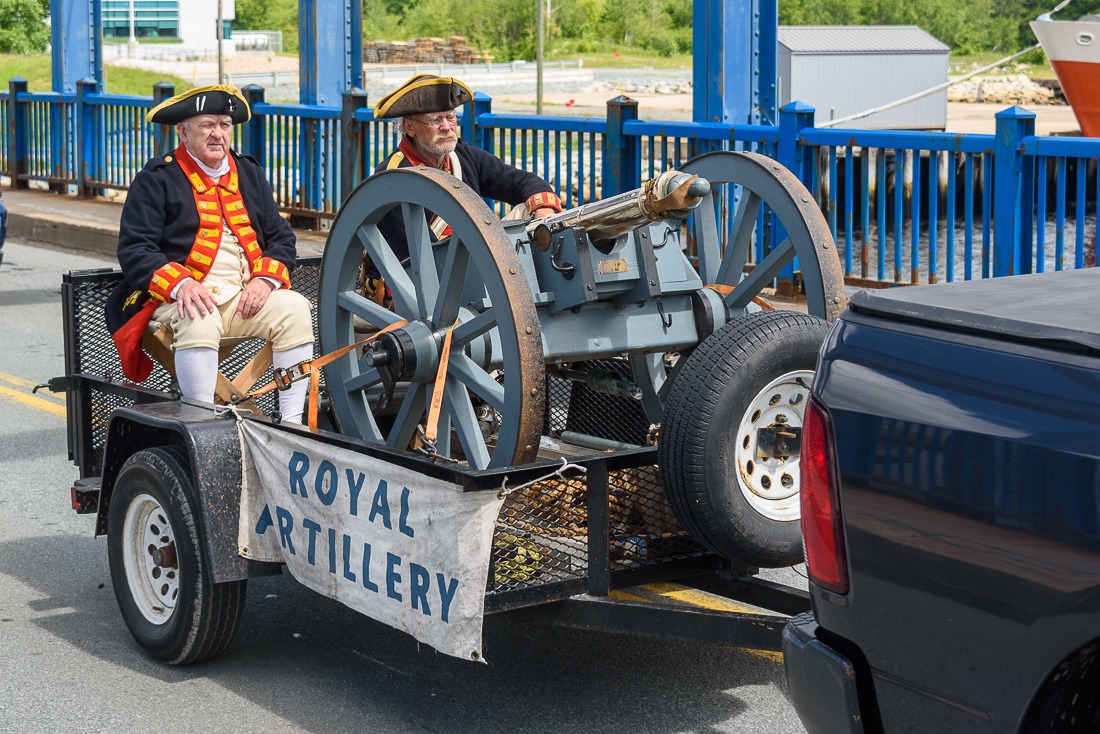 But Liverpool has a long memory and it continues to this day to celebrate the fact that they were the port of the privateers. Most of them (from Canada) were stationed here. 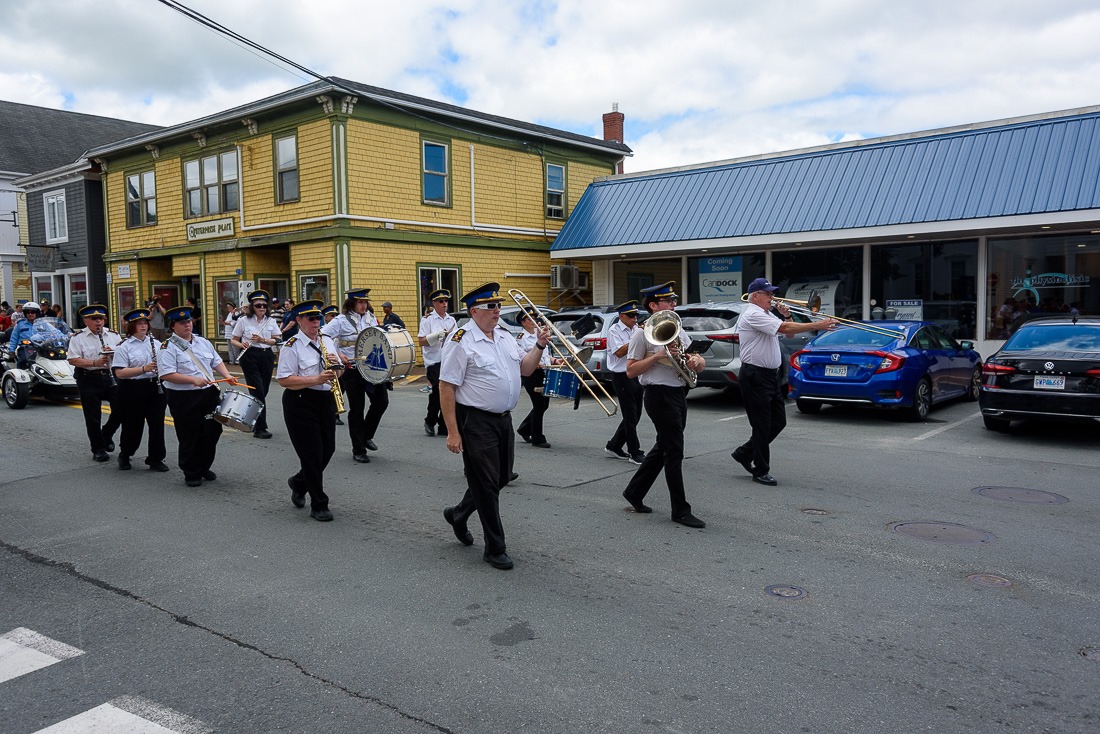 So we celebrate them with spirits and food, as well as a lot of events that can shed some light on those illustrious forefathers. The Privateer Days start off with a parade of “pirates”, bands and local companies. 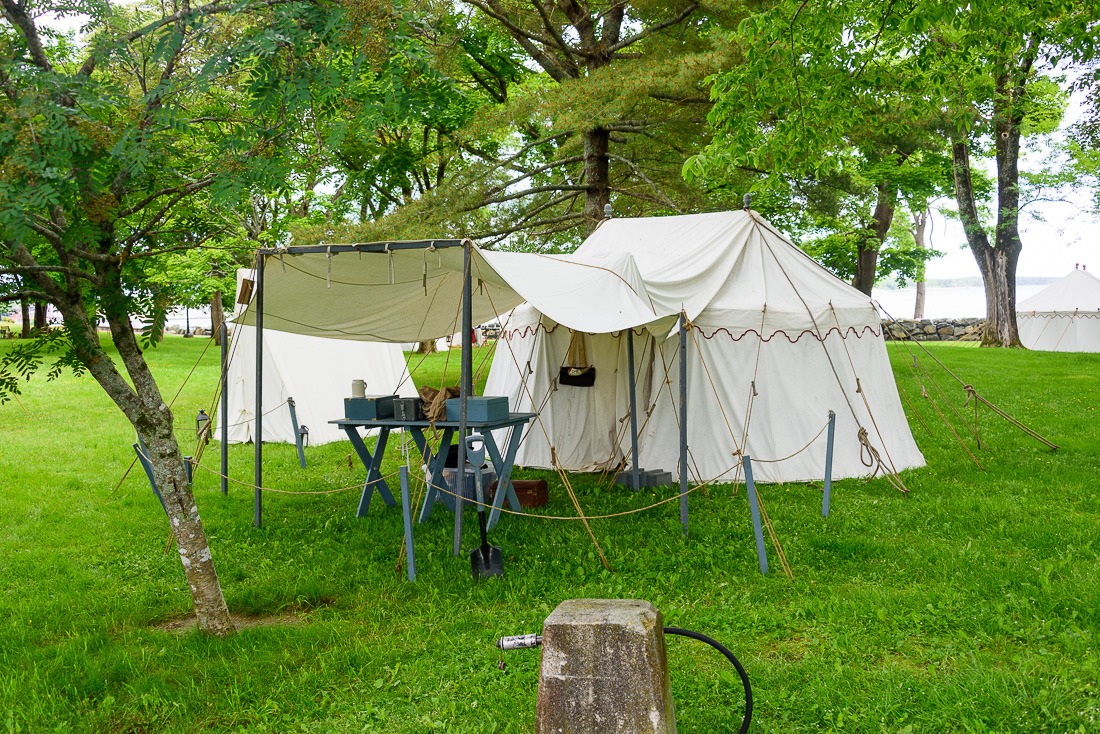 Elsewhere in town, the army has set up camp. Pictured above is the recruiting office. It looks as if they have some “difficulties” recruiting anyone. 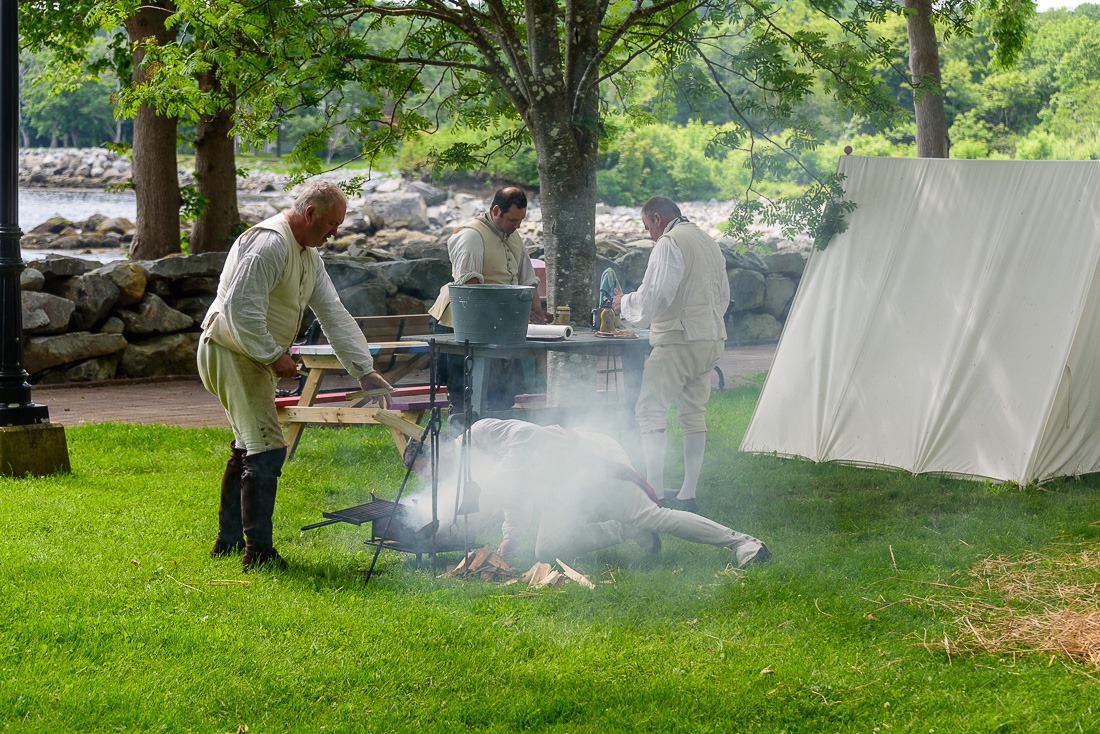 Heating up the stove

Or perhaps it was that the coffee machine was not working. Human bellows were used in those days to stoke up the fire. No humans, no coffee. No coffee, no recruits. 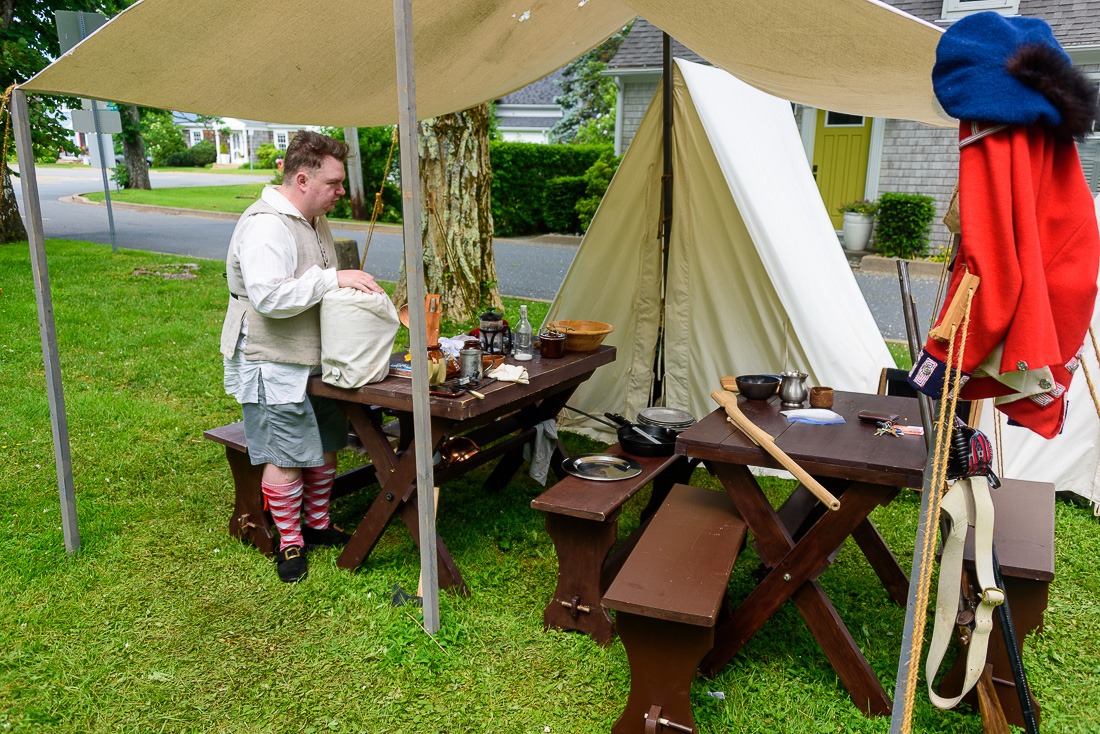 Others showed signs of a disturbed night’s sleep. When I asked about it, the answer was a polite grumble. I think it meant “yeah, uncomfortable, buzz off”. Not sure of the last part. 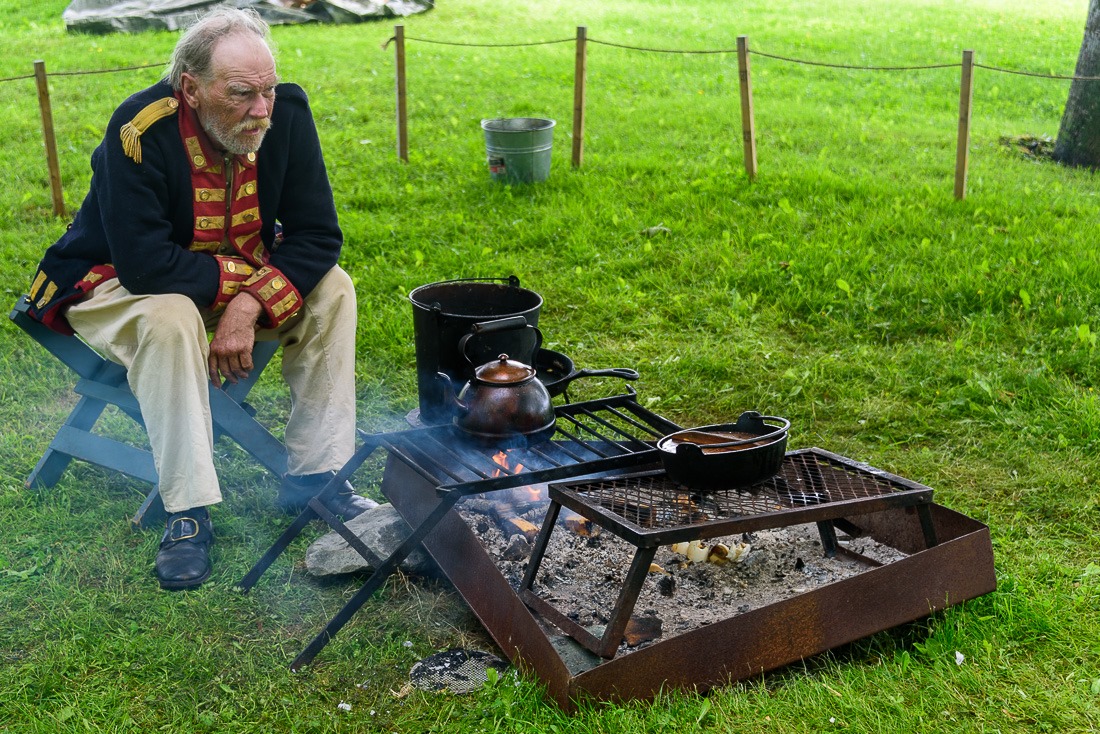 Others had their breakfast/lunch ready. By the look of it, this officer may have had some help from soldiers to get his meal up and cooking. 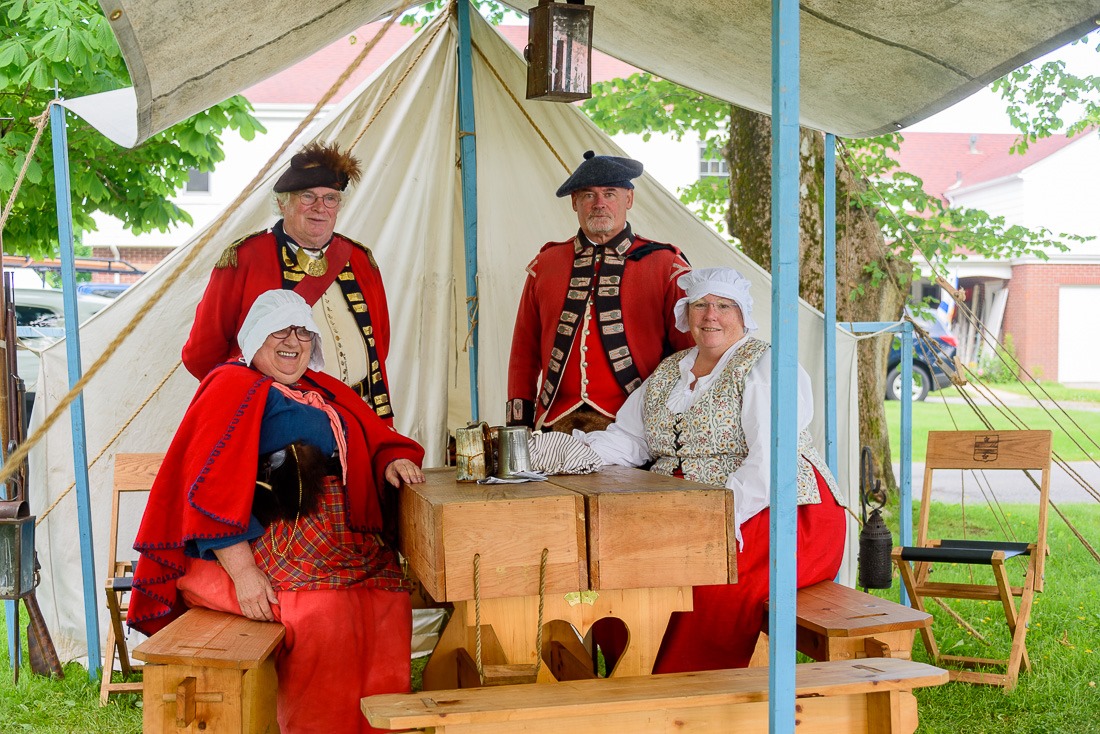 The high-ranking officers had their own furniture. As I was told, all of it fits in a single box, transportable on a carriage or on horseback. Only pegs and holes, no screws or nails. Everything seemed quite comfortable. When I asked them, they had spent the night in their tent and had found it quite agreeable. 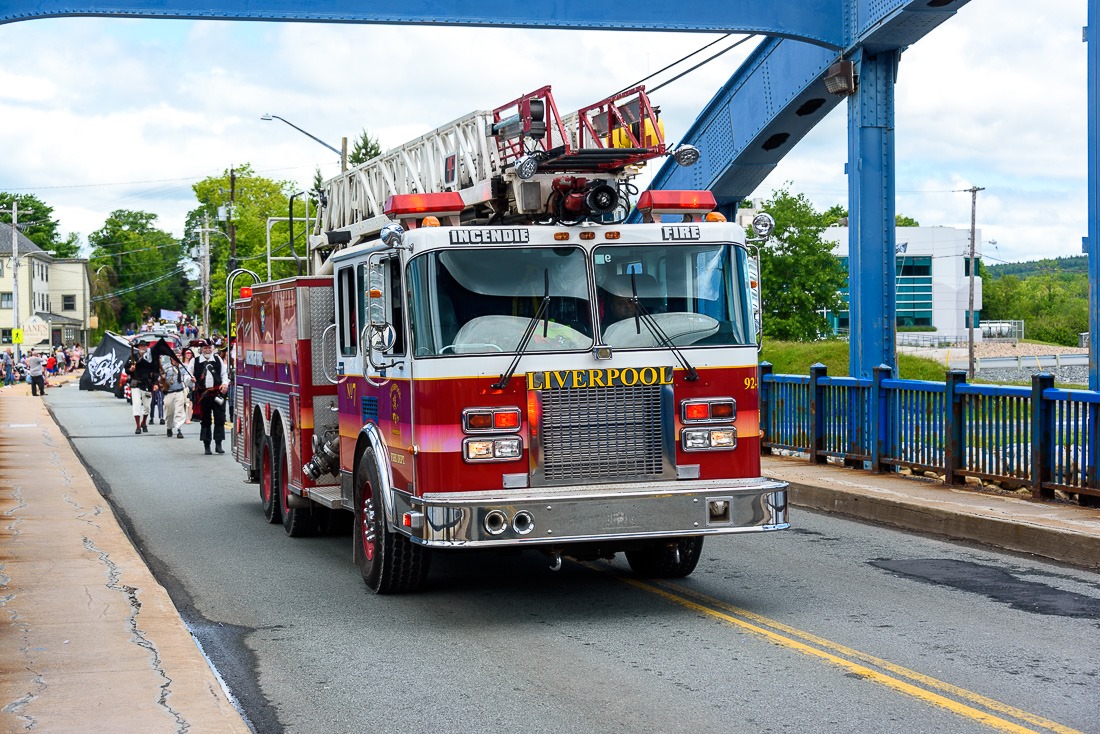 Of course, the parade also included the local fire brigade. They are close to my house and I hear them frequently. They are doing an amazing job, not just by putting out fires but keeping the community together as a whole with events, bingo or even food. 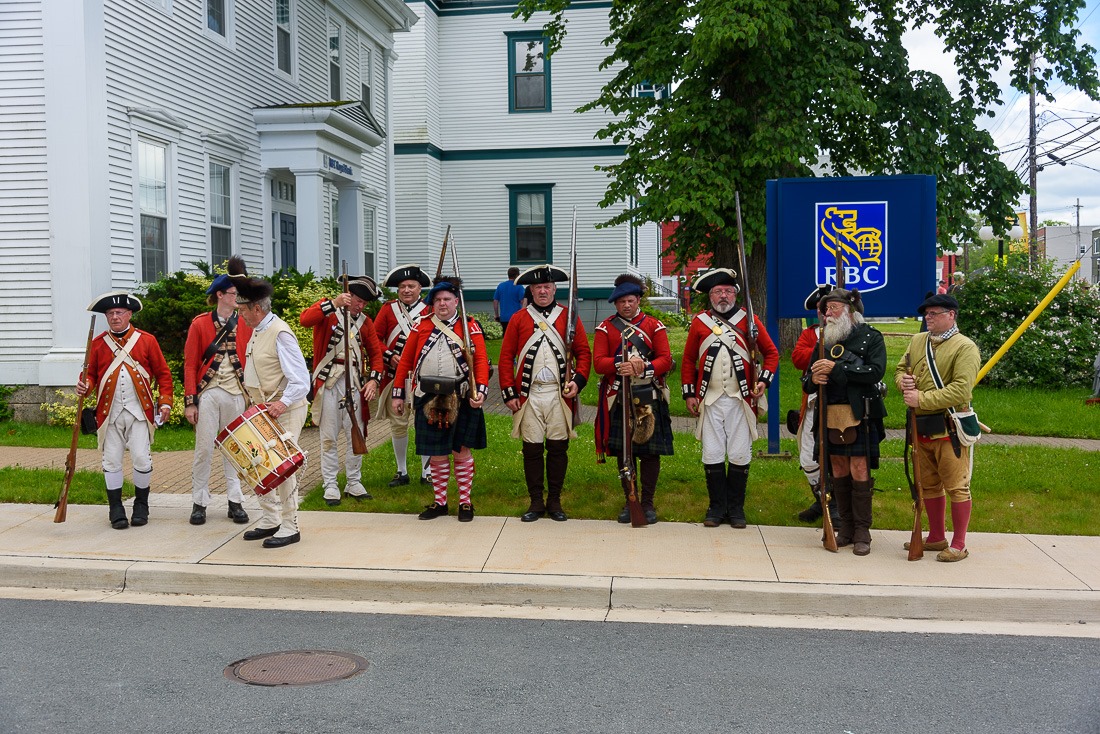 It seems like army and pirates went hand in hand in this part of the world, as long as the privateers “donated” some of it to the military. 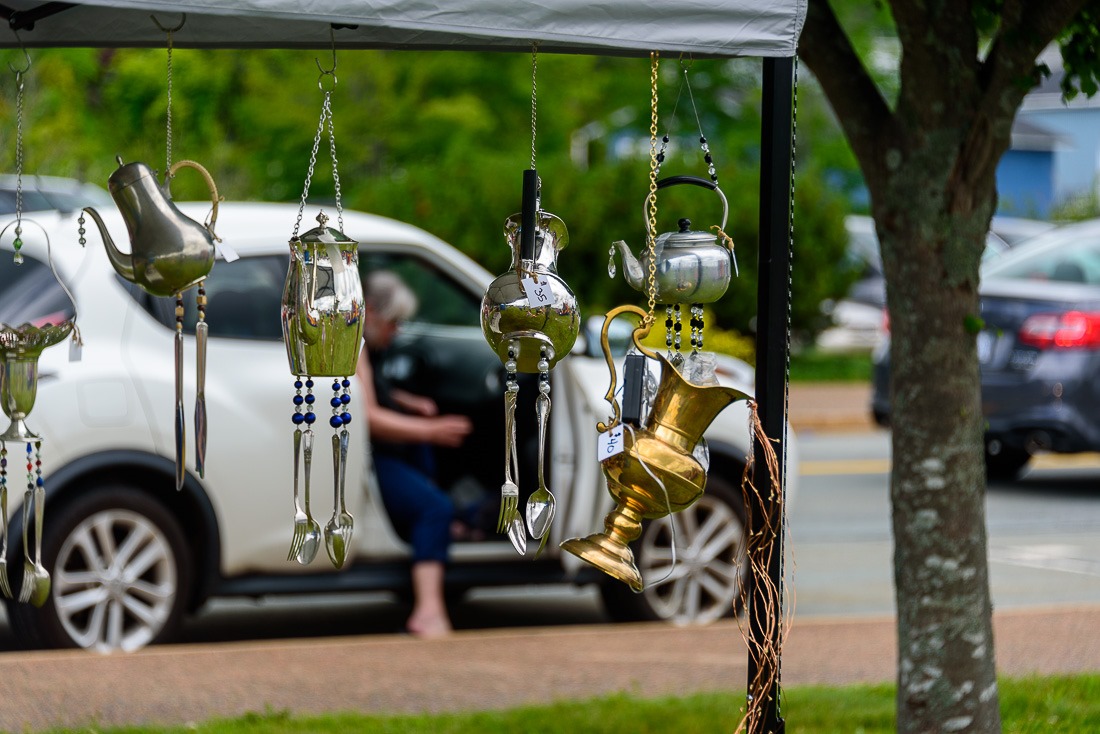 Any trinkets that the military didn’t get are now for sale in Privateer Park. I’m not sure which interior would accommodate this kind of decoration, certainly not mine… 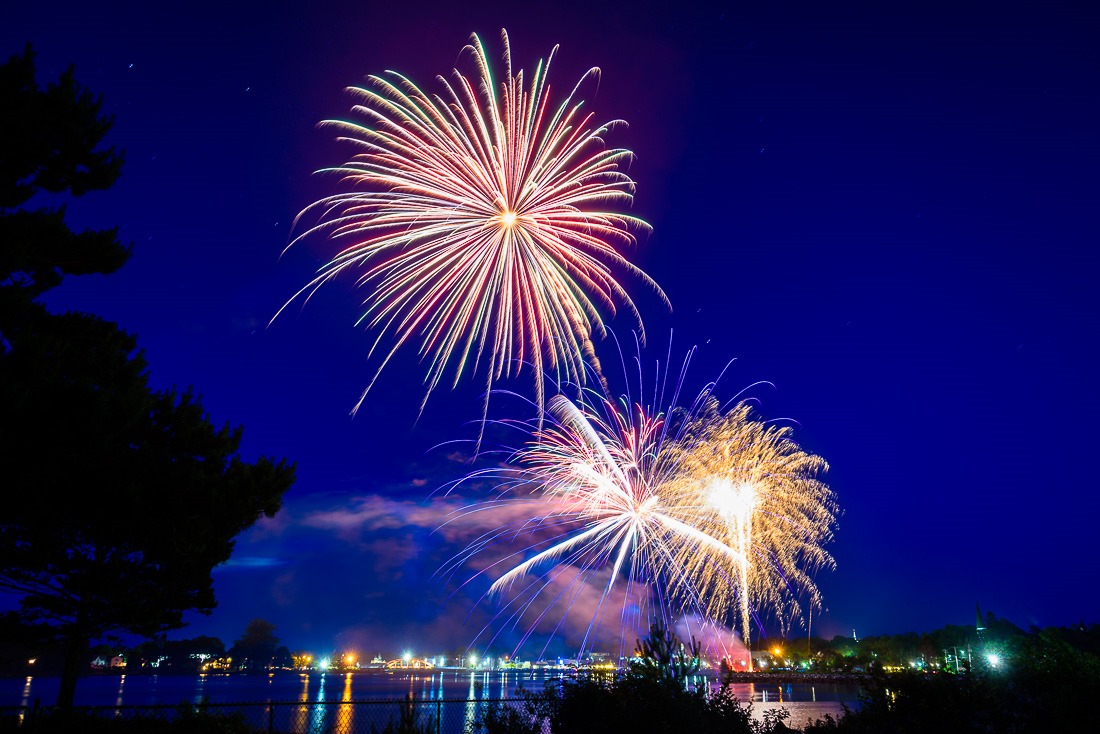 At the end of the first day, the fireworks were on the menu. Set off close to the firehall, I had a great view on them from my backyard. The fireworks were in between the two Privateer Days, so anyone staying in one of the local hotels for the event could also benefit from them. Nice touch.

Privateering, apparently gone out of fashion for citizens. Not so sure of corporations or governments anywhere in the world. But that may be a discussion over a barbecue on the deck…