Everybody loves winter. Until it gets cold. Until it gets snowy. Yeah, I could go on and on about winter. It seems that I have done so already on my blog. Several times a year in winter season… So, what’s so different this time? 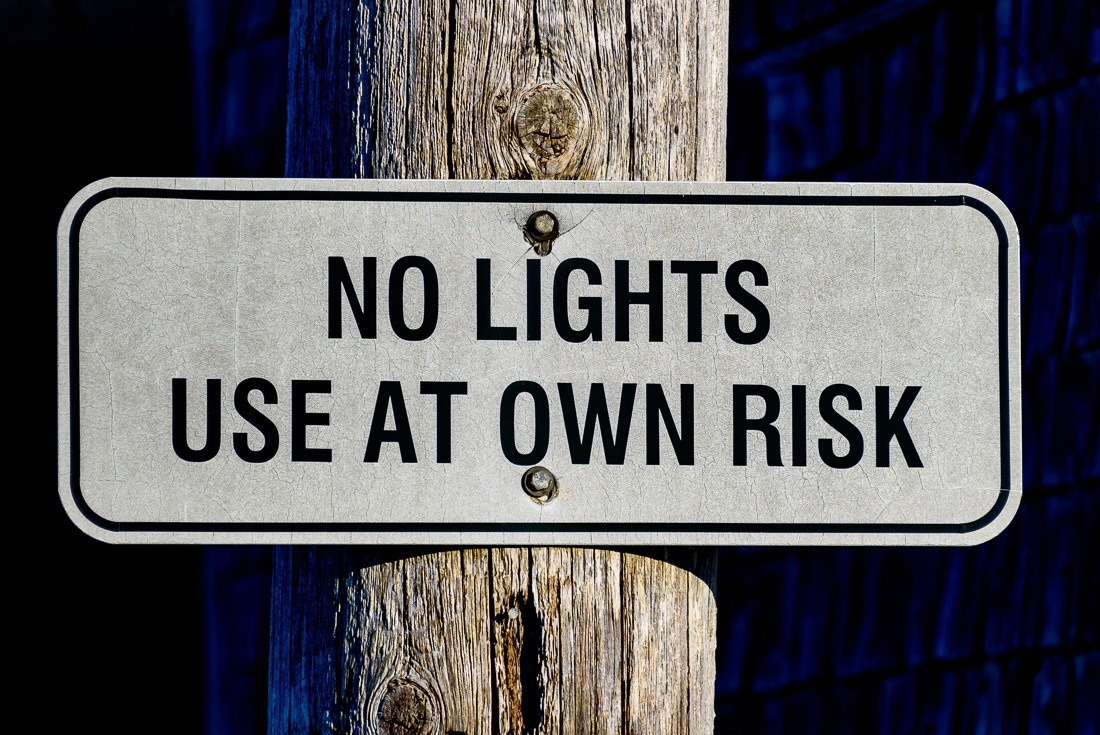 Winter is a great time for taking pictures. The extreme cold often means that you need to plan the shots before going out and freeze up your favourite gear.

It kind of reminds me of the old times when I was shooting film. When you have only 36 shots on a roll of film, you have to plan them, frame them and think about what it will look like before even pressing the shutter. 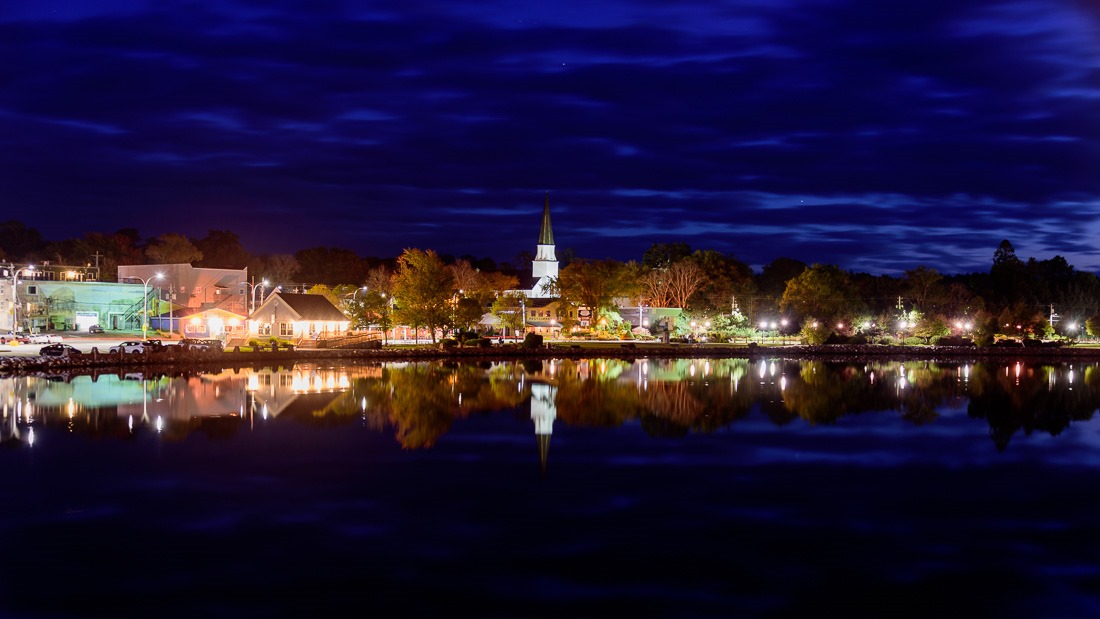 Winter seems to do the same to me. Before freezing body parts and camera, I need to figure out what I am going to shoot, where and when. This helps a lot for when the temps become again a little more clement. Here in the Maritimes, the winter seems to be a little more forgiving than in Manitoba. Snow and frost come and go, leaving plenty of good times in between to get great shots. 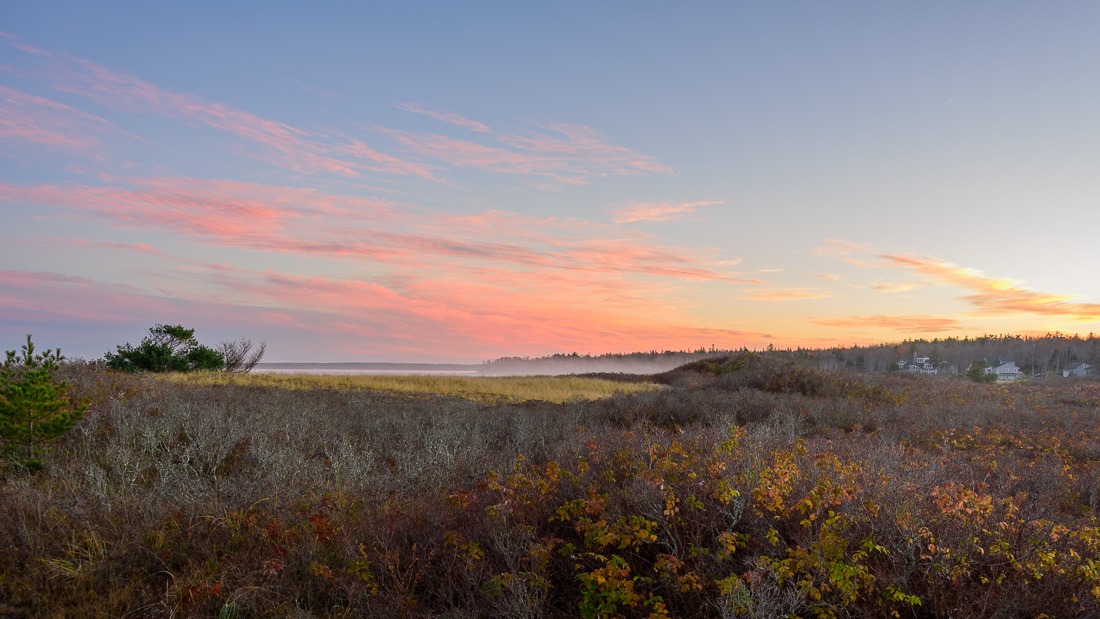 Winter is usually the time to get the nicest black and white shots. After all, colour is mostly gone from the landscape. Yet here in Nova Scotia, colour remains. At the start of winter, cold air moves in, cooling off the still warmer water. Sea-smoke, fog and mist will ensue. Foggy weather is the best for shooting moody pictures. The above shot was cold and nasty to shoot, but the resulting atmosphere in it is quite different. 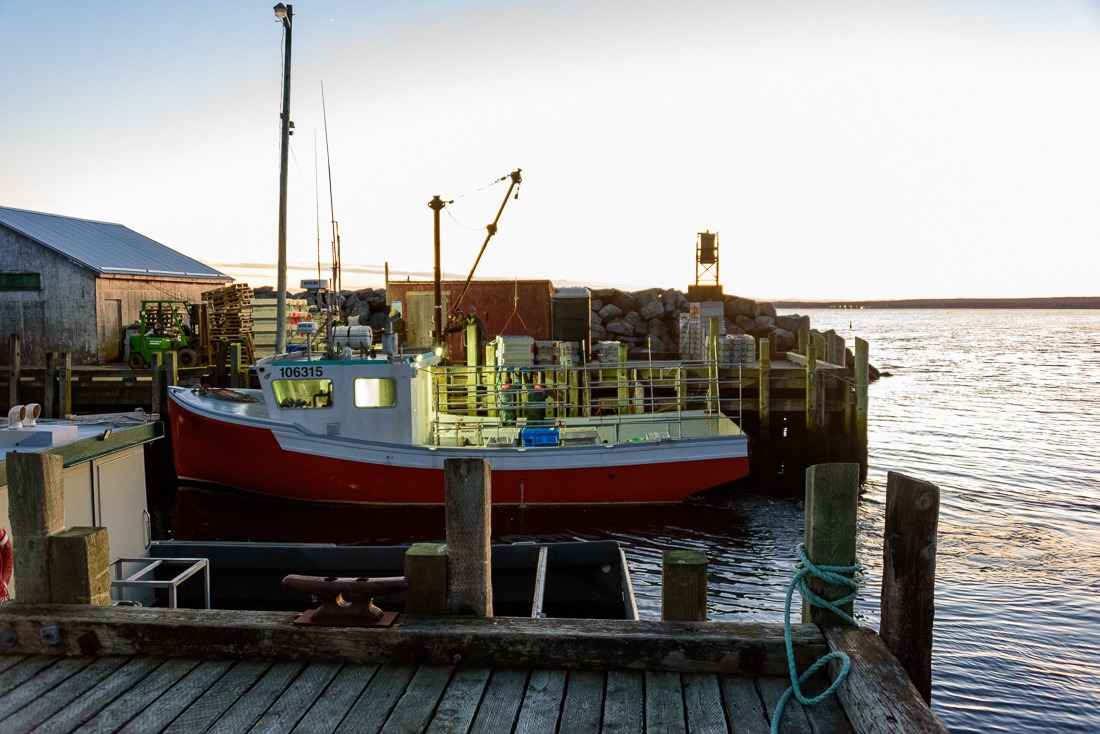 The end of the shift

By the end of November, the lobster boats go out at sea again and keep fishing until the end of May. Lobster caught during this time can be either distributed or kept in pens where they can be “harvested” during summer months as well, so fresh lobster is always available in Nova Scotia. The lobster boats are colourful and bright. In older places, like Peggy’s Cove, the houses are painted in the same colour (probably also with the same paint) as the boats they own. 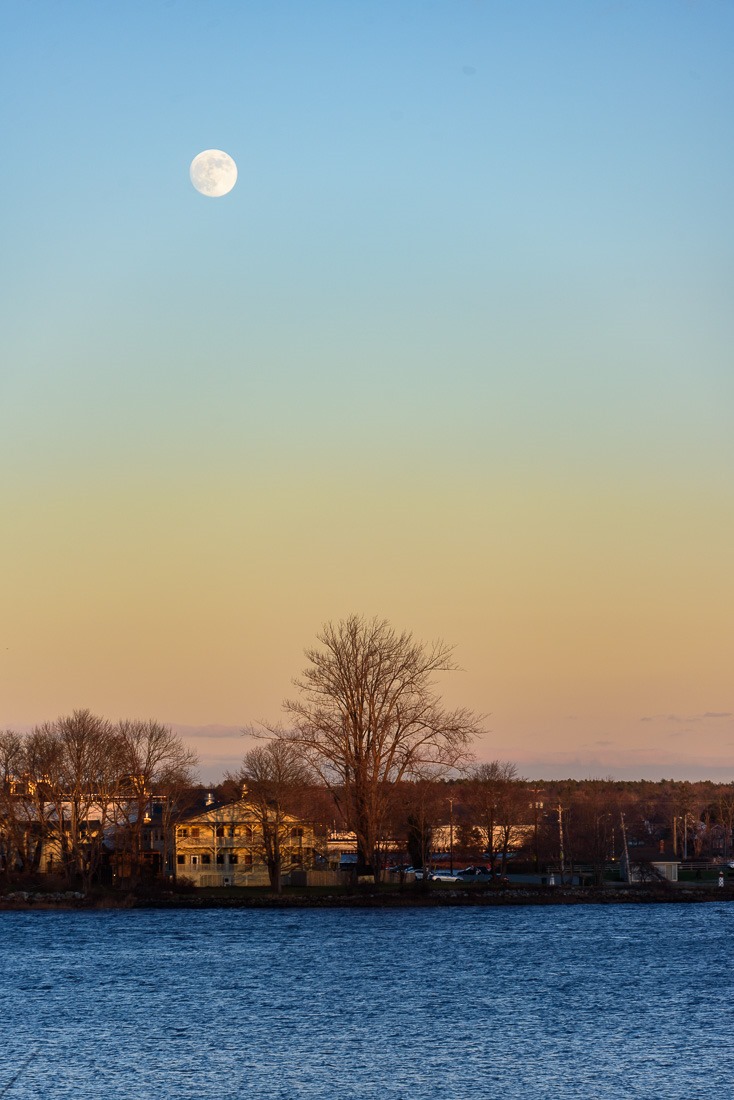 Colour is still plentiful here in winter. As usual, you will have to hunt for it with your camera. Staying inside, doing a desk job, staying on a phone for days on end will make you miss some of the nicest moments. Even more when the weather can change from one minute to the next, leaving you with plans for shots and no way to execute them. 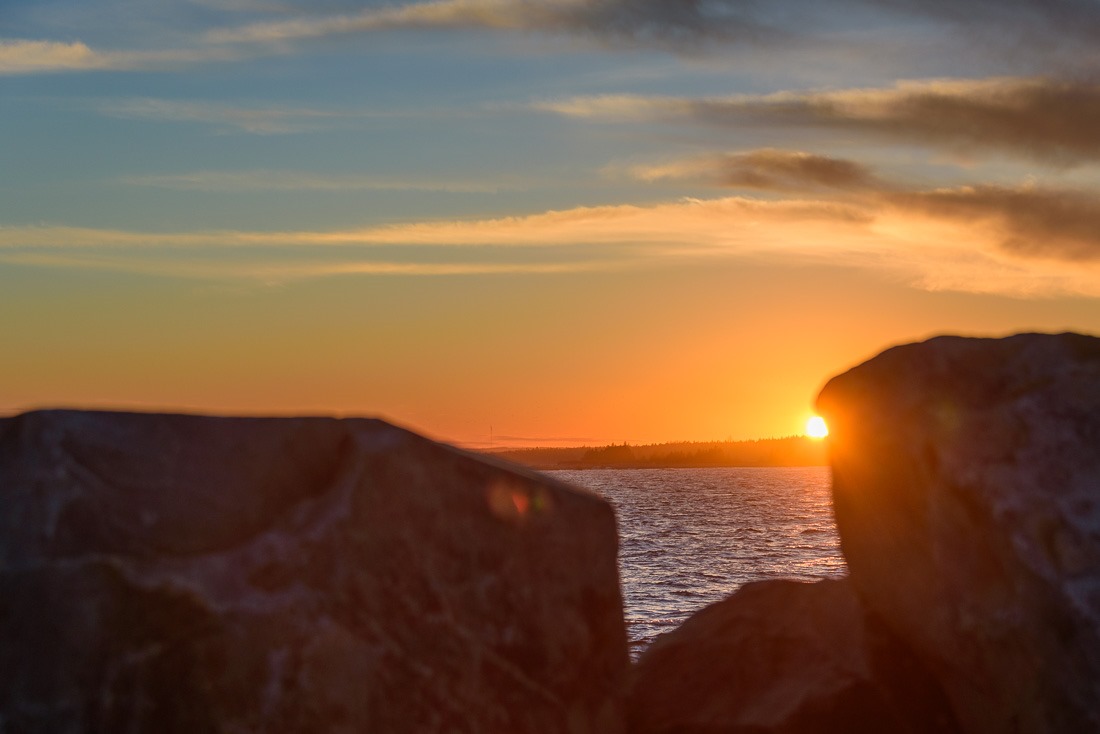 And then there are those moments that you can plan ahead. Sunsets take place at a set time every day. Using an app like the Photographer’s Ephemeris that shows you when and where the sun and moon will rise and set is a big help. Now you can scout out the area during daytime and plan to come back for either a sunrise or sunset. Whatever comes in handy. 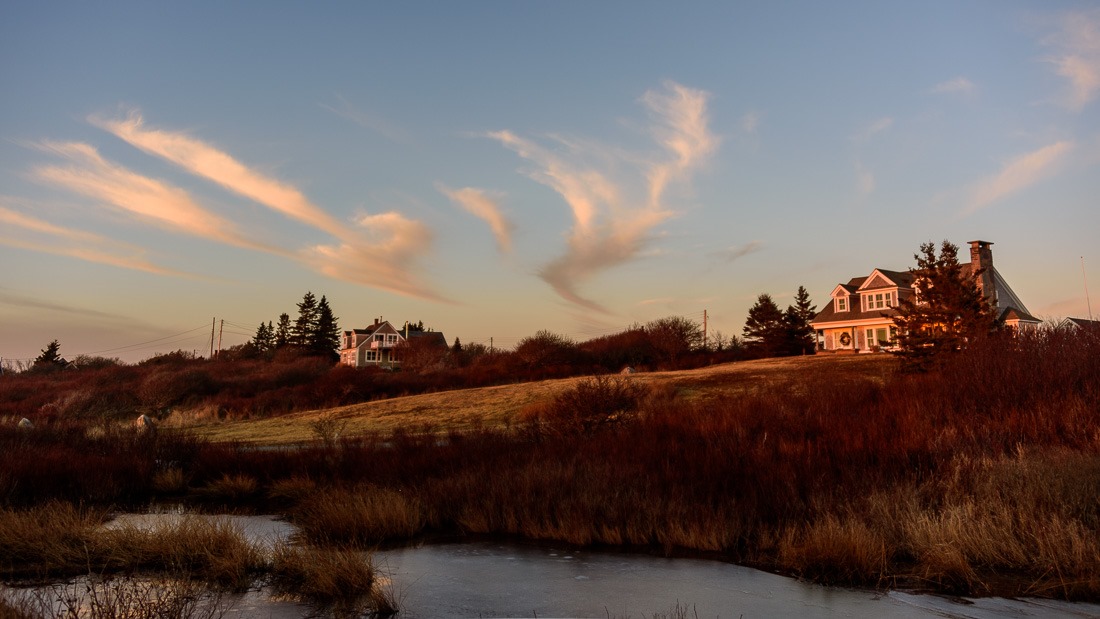 Basking in the rays

But once that sun approaches the horizon, you have to be ready and act. Only a few minutes and the light will be very different. One target that is easily overlooked when shooting sunsets and sunrises is… the other direction. It’s nice to shoot the sun, that fiery ball that brings life and light, but it’s also nice to see where that light goes. The above shot was just behind me. Shooting “the other side” makes a sunset shoot all the more active. 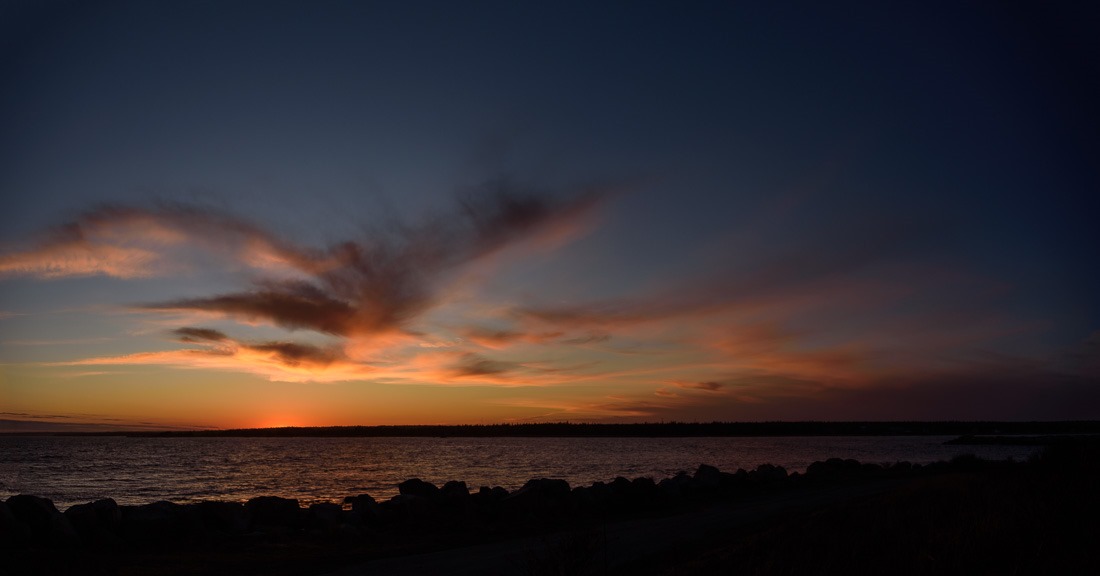 Once that sun is down, the light becomes ever so much more dramatic. Colours deepen and fade quickly. And then, just as quick as it started, it’s all over. Not yet time to shoot stars or Milky Way and no more light to speak of. What to do then? Have a lobster dinner somewhere…

Winter light on the East Coast is great. All you have to do it catch it.