Ah, the beach. Sun, sand, water and waves! We all think of the Mediterranean, Bahamas or Mexico for this. Some of the finest beaches are located in Nova Scotia. Granted, winter temps as you will see later in this post are not very conducive to sunbathing here. 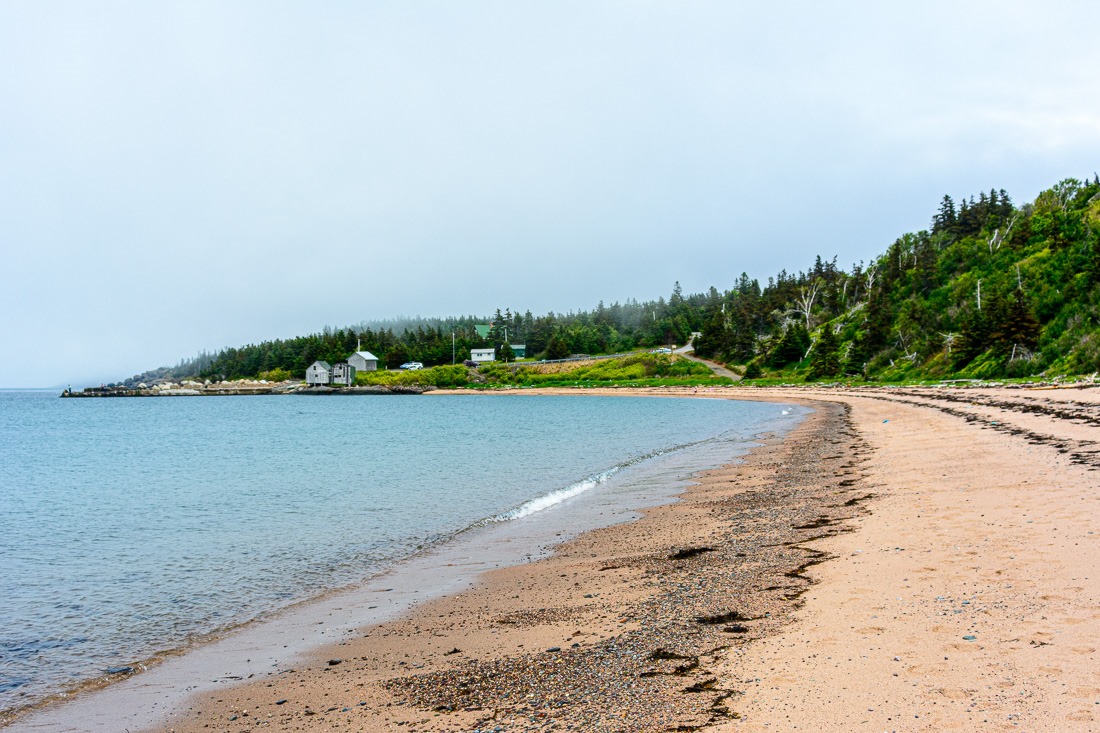 But it doesn’t mean those beaches shouldn’t be visited. The more spectacular views of the beaches are in fall and winter.

Just imagine a beach without all those pesky people taking off (most of) their clothes. They really frown upon a guy with a camera and a big lens 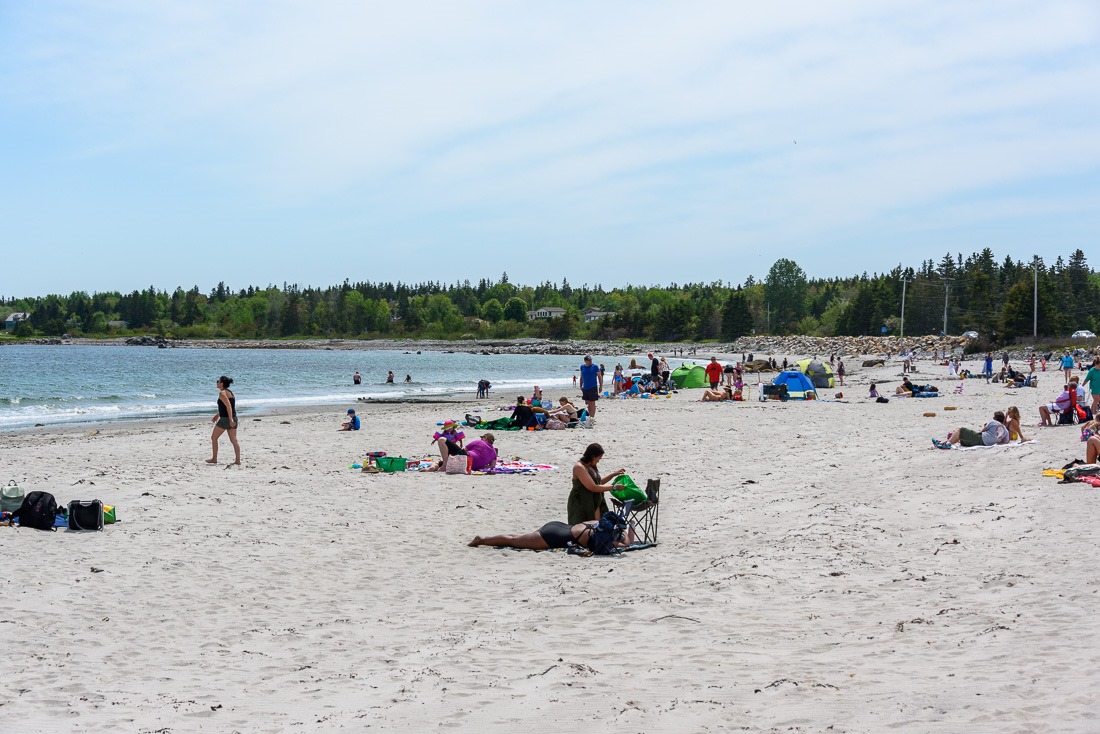 The above image was from Crystal Crescent Beach. As I later found out, one of the three Crystal Crescent Beach beaches. The third on was a little further down the road and featured a non-clothing agreement. In other words, not a place where a camera is welcome. This beach was fine with the occasional shot, but I got “dirty” looks when checking the camera for more than a few seconds at a time 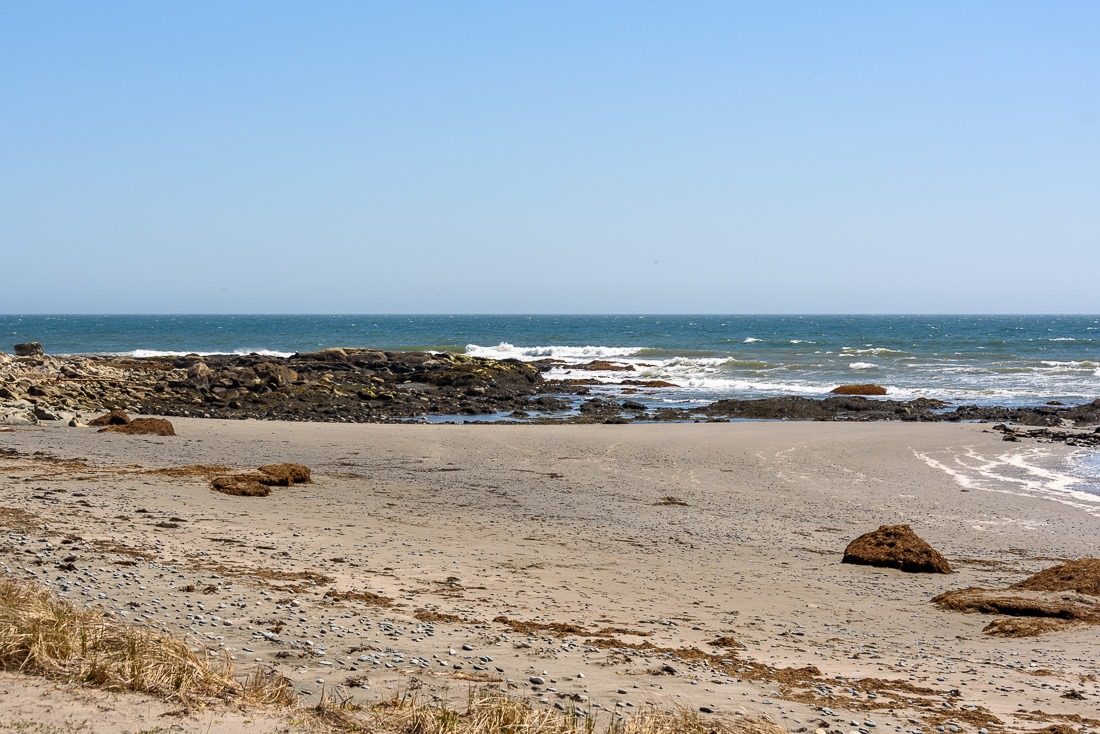 My preferred beaches when moving with a camera are mostly empty. Places where nobody wants to go at that moment. Either because the sun  isn’t on the menu or because there is too much wind. Or the temperature might not be “right”… For a photo, who cares about the temperature, right? 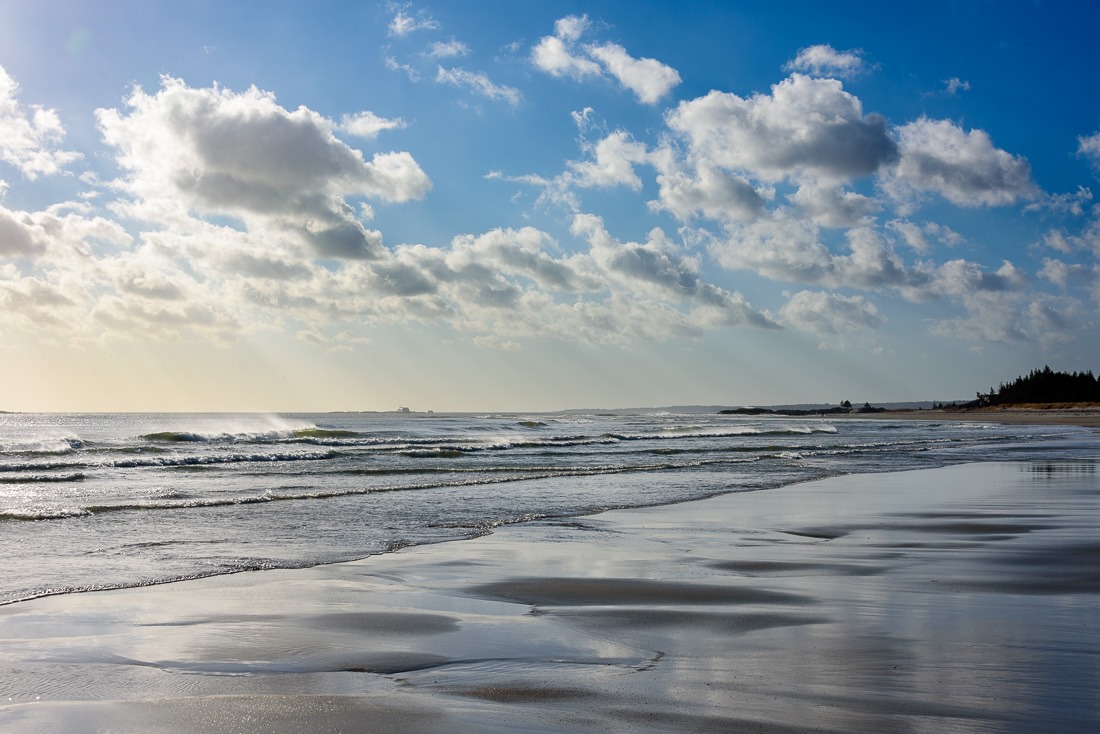 With a lot of wind, the beach might become quite aggressive. Beach Meadows Beach pictured above, nearly tried to swallow me one day. My hiking boots were rated as waterproof, but it didn’t mean they were waterproof from the top. Boots full of salt water and sand for me. Oh, well, it was not far from home where a change of shoes was easy. This picture was taken one day after that event, while the wind was still very strong, but the tide was low. 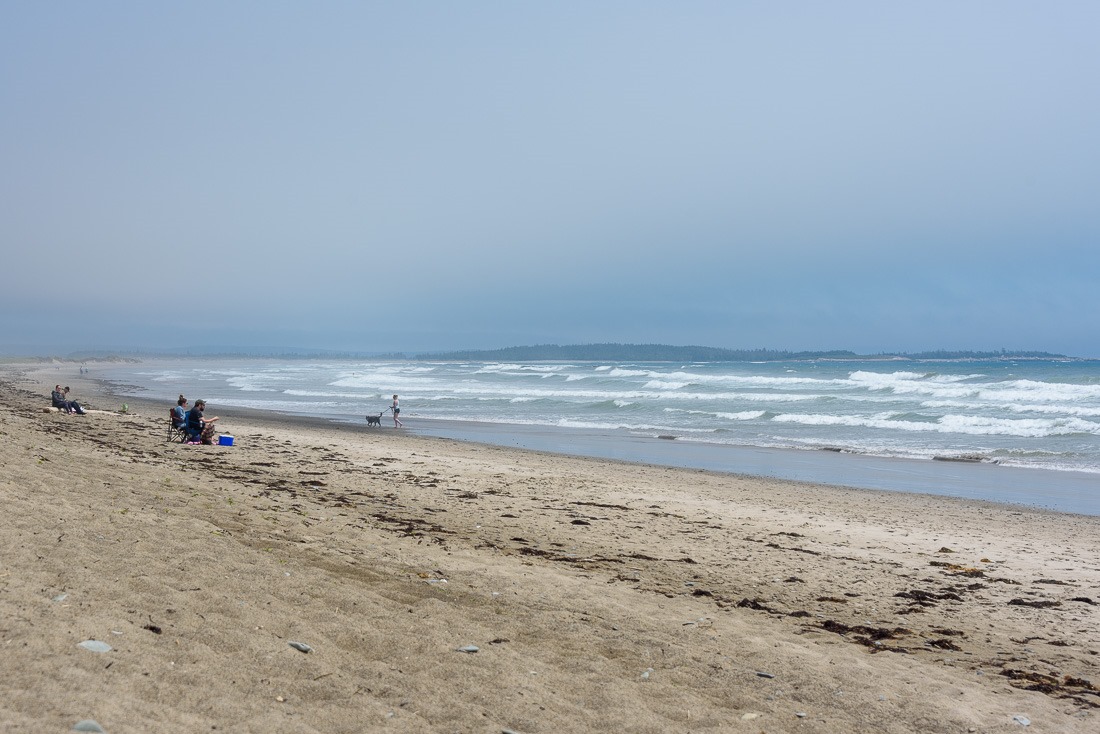 Beaches with lots of waves were what I was used to on the North Sea coast in the Netherlands. Here, not many people venture into the waves when the wind is high. When I tried it for myself I  found out that even in the middle of summer, the water can be quite, ehm, fresh. 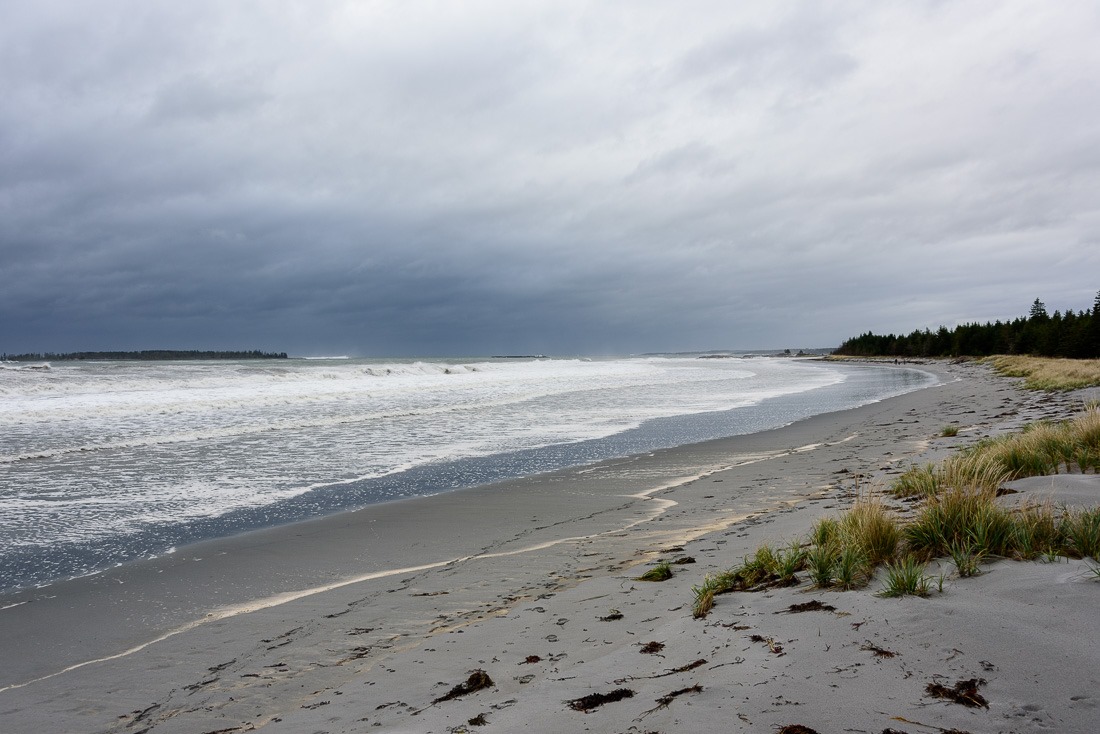 Beaches with angry skies are beautiful to shoot and to walk on. Long walks are a pleasure for the soul as well as a treasure trove of photo opportunities. Getting out of the way of the attacking waves is, of course, a must. 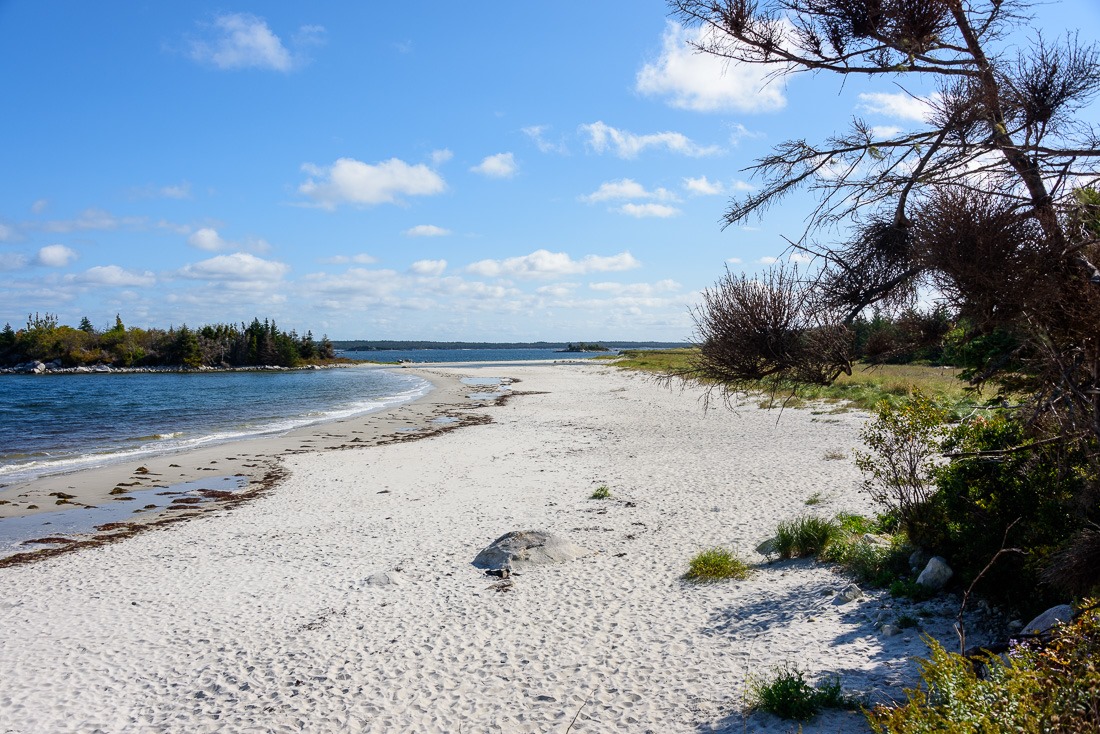 Not all beaches have angry skies. When the skies are nice and blue, some beaches in Nova Scotia are simply tropical-looking. White sand, blue water, gentle waves… Plus a few palm trees pine trees and the picture is complete. All that’s (not) missing is a restaurant and a patio for some drinks and food. 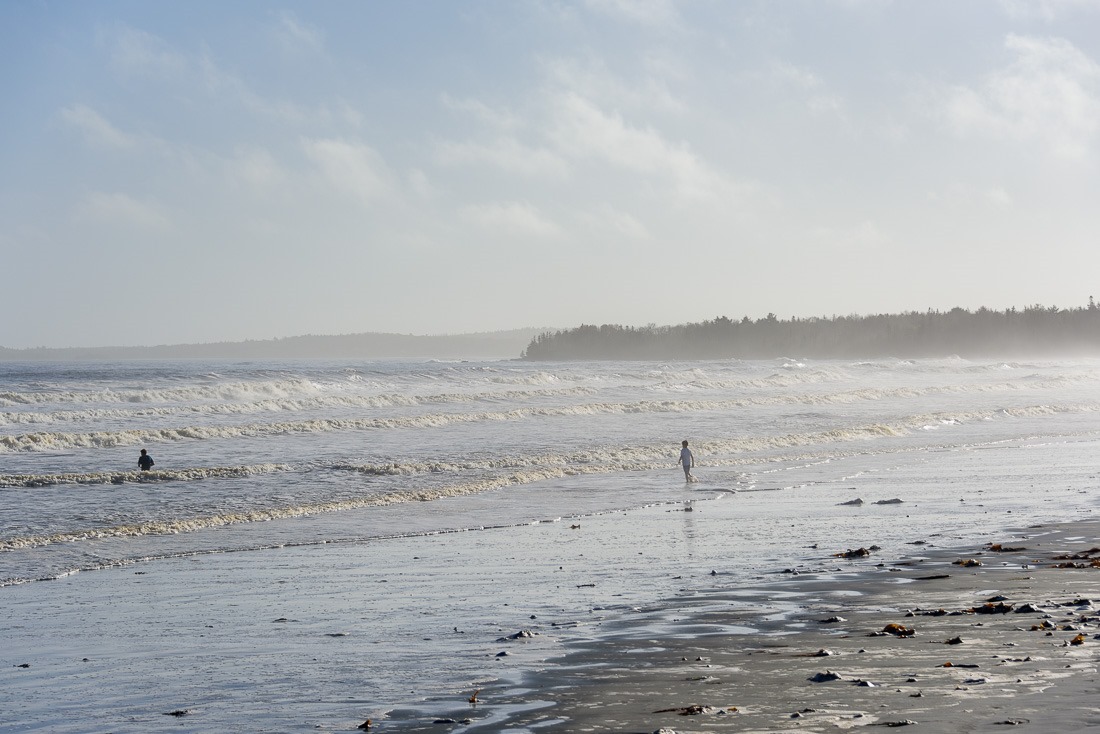 Over the past few months, I have been numerous times to the different beaches not too far away from my place. After all, my house is a mere 3 kilometers from the ocean. Close enough to be concerned with high-water  warnings. Some beaches will always attract surfers and swimmers, no matter the weather. These kids were having a blast while I was freezing my fingers off on the camera. Some very damp air was coming in over the sea, giving me a nice dreamy look of Summerville Beach. 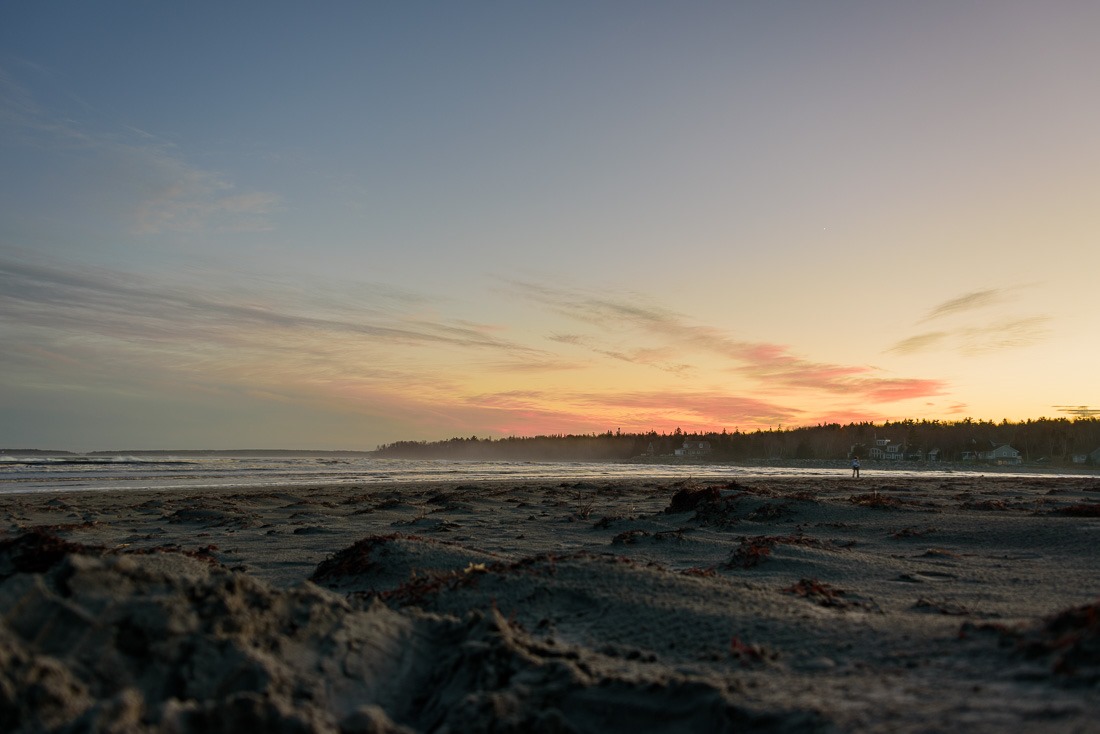 Daytime pictures are nice, but we always want sunset pictures over the sea, right? Well, a simple setting sun over flat water is the most boring type of shot I could make. If I took such a shot in Europe, on the Mediterranean or in the Caribbean, they’d all look exactly the same. Since Nova Scotia is oriented East, sunrises would be more common to shoot. Some periods in the year also give some nice sunset skies, but with the added bonus to have some foreground details of interest. 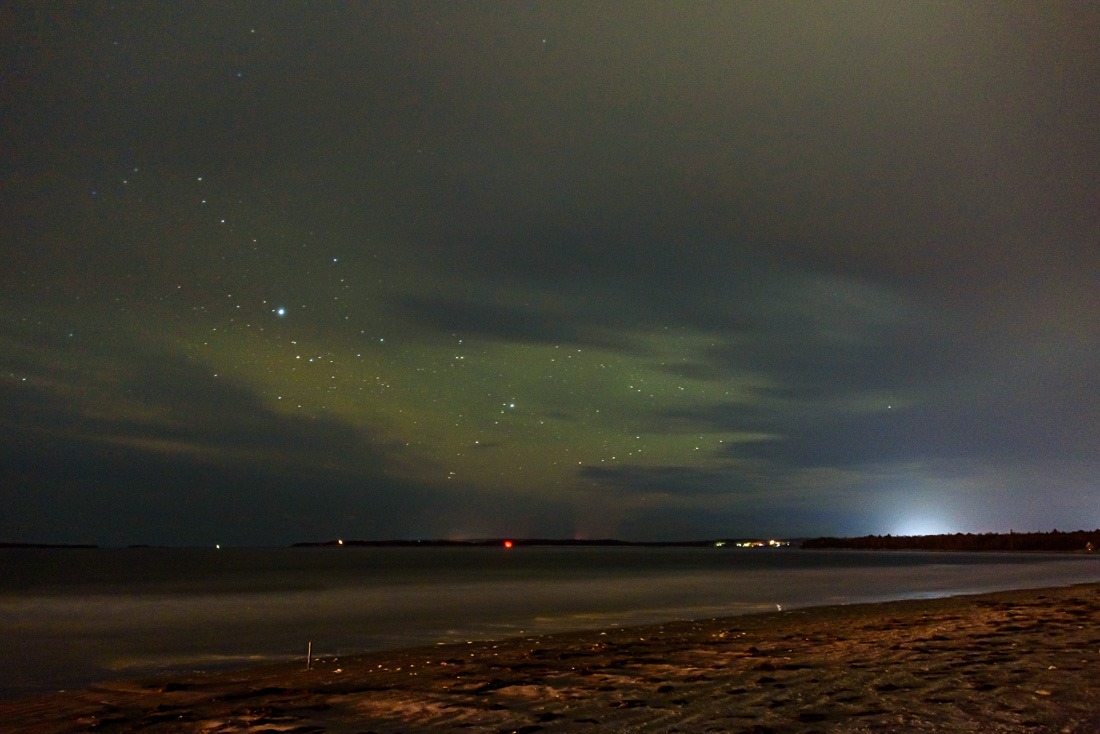 Shooting the beach at night can be challenging as well. So that needed to be put to the test. Obviously you will not get the wave action. Long exposures are then required, taking the waves away from the scene. The above picture was taken facing south-east. I still have no real explanation for the green hue in the sky, but Aurora activity was high the evening I took this shot. 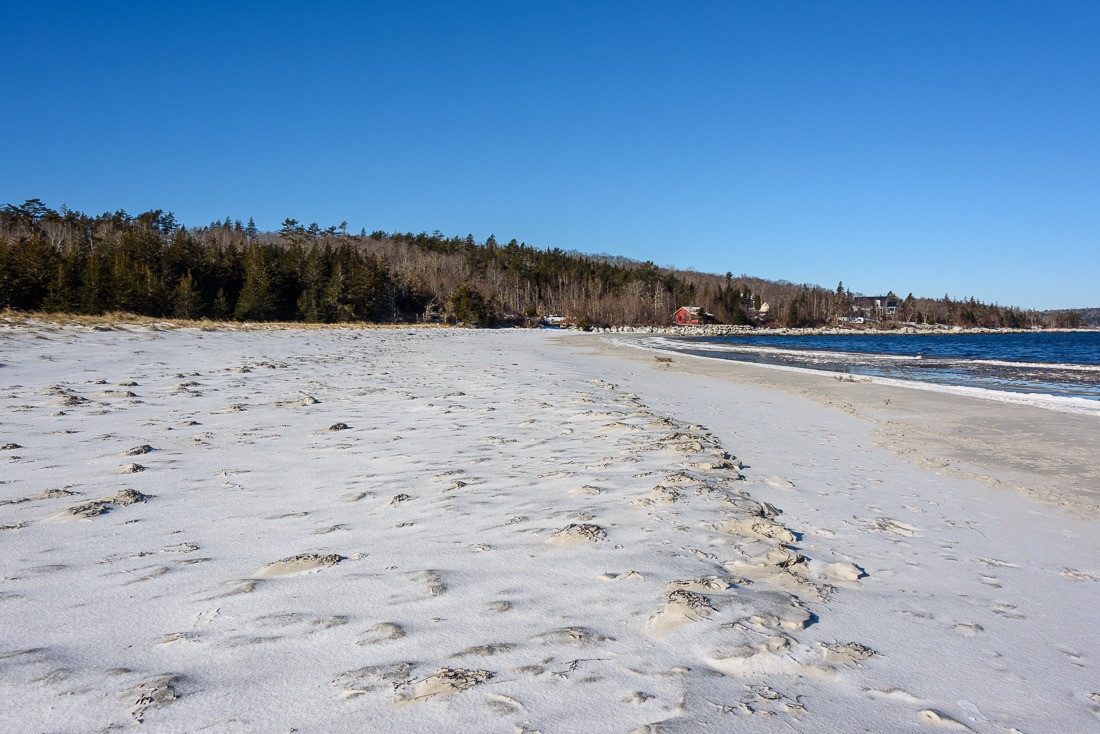 The finest secret beach in the area here must still be Carter’s Beach. It’s a small beach, mostly protected from the wind and oriented towards the sun. Above is Carter’s Beach this February, by –8C. The white foam you normally have on a beach is here frozen hard, the ground is frozen, so your footsteps don’t even register in the sand. Not something you’d expect on a beach.

Beach weather, bring it on! Any time is beach time for me. I don’t have to get into swimming gear to enjoy the beach. I can do that anytime I want.

Come out here and enjoy the beaches! There is plenty of space to settle down for a few days!