For a while now, I have been thinking about what my photography is all about. Wondering if it is about recording moments of life or if it is about telling a story. Sometimes, a situation or an environment makes me want to tell something. Something that is not immediately evident from the environment itself. Sometimes it’s not even there, but the feeling of the story makes me click that shutter. 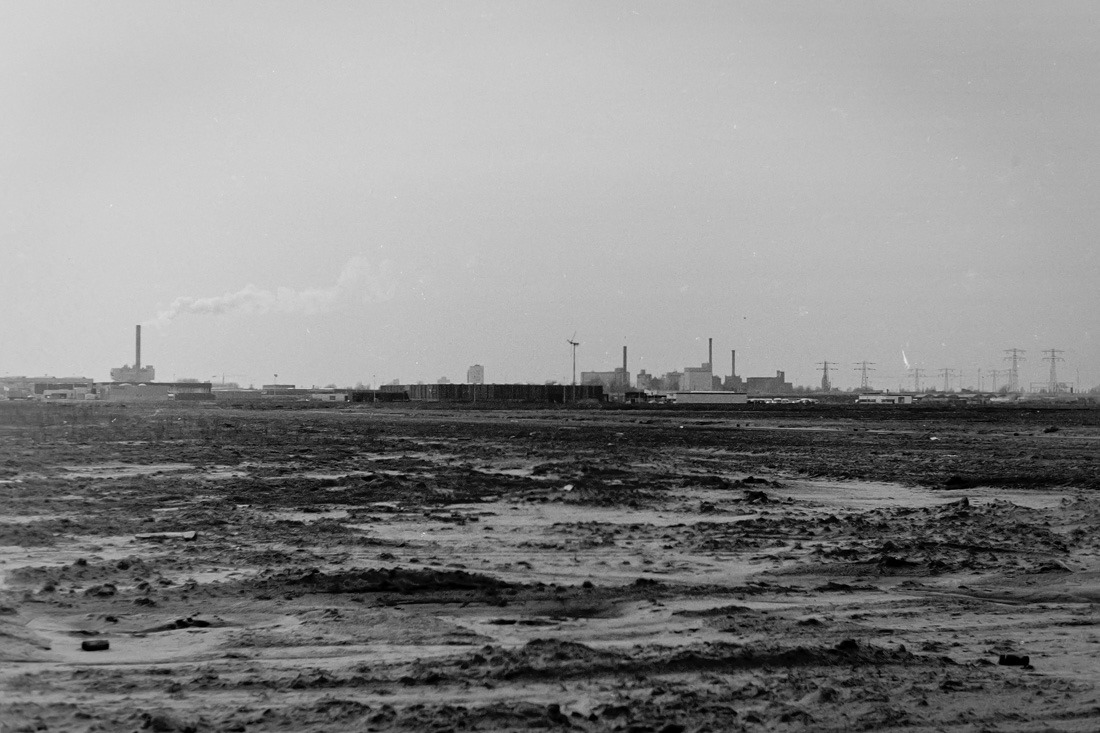 Having a story in mind when you click that shutter seems to be a good idea. Some pro photographers even try to say that if you don’t have a story to tell with your picture, don’t even take it.

In the past I tended to agree with this. Until the time I started to invent realities with my pictures that were not even there. That is where the danger creeps in. Take a look at the lead picture of this post. It was taken in 1982 in The Netherlands. The terrain it shows had been sports fields while I was in school. I had put plenty of steps and sweat in that land. A few months later, it looked like this. When I got there on an early morning, the weather was turning for the worse and my feelings about this terrain were gloomy at best. 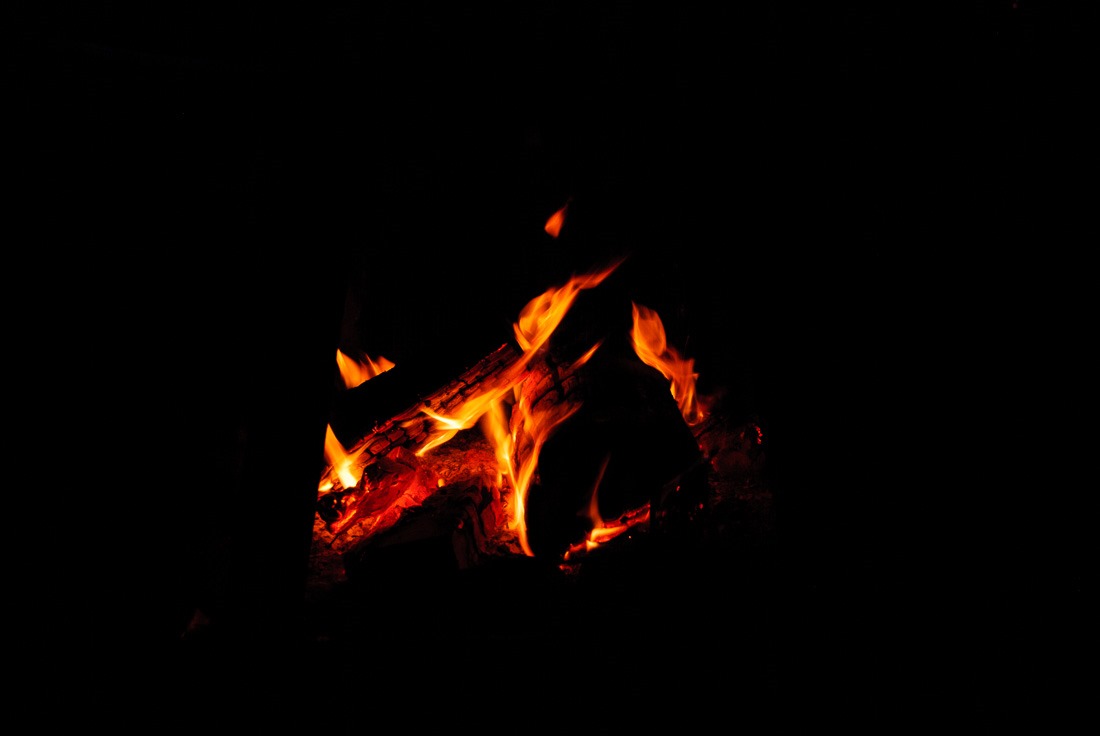 So the picture I took was in a very dark mood. In the darkroom I also burned the sky to make it look even darker than it had been that morning. The zoning for that terrain had been decided years before, it was to become a bustling industrial and commercial area. It has become that today. Nothing of the gloom and doom I felt that morning.

The trouble with “making” a story with a picture is that reality can be very different. The age old adage that states “If it’s not in the frame, it does not exist” is a good one, but also very dangerous. One can easily leave out elements that would tell a very different story with that same picture, it could even tell the truth. A picture of a polar bear on a chunk of ice nearing summer time is a natural occurrence. Yet putting the Global Warming label on it makes it go around the world faster than light while the picture may have had nothing to do with that. 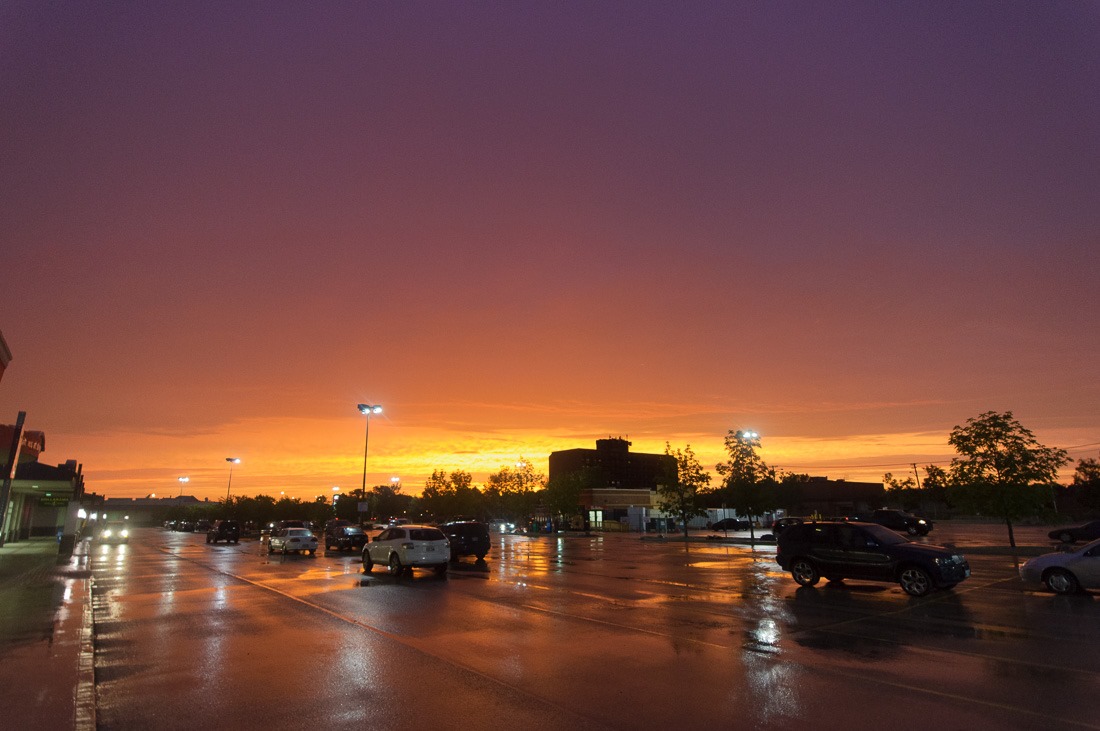 Perplexed and in awe

Funny memes on Social Media have the same goal, yet they are easily spotted. Certain news outlets do the same. A tighter crop of a picture might change the subject a 180 degrees and make it look like something else. That something else can trigger reactions and actions that sometimes are unwanted. I am saying this all very carefully. Calling someone or some company a bunch of manipulators is a serious affair 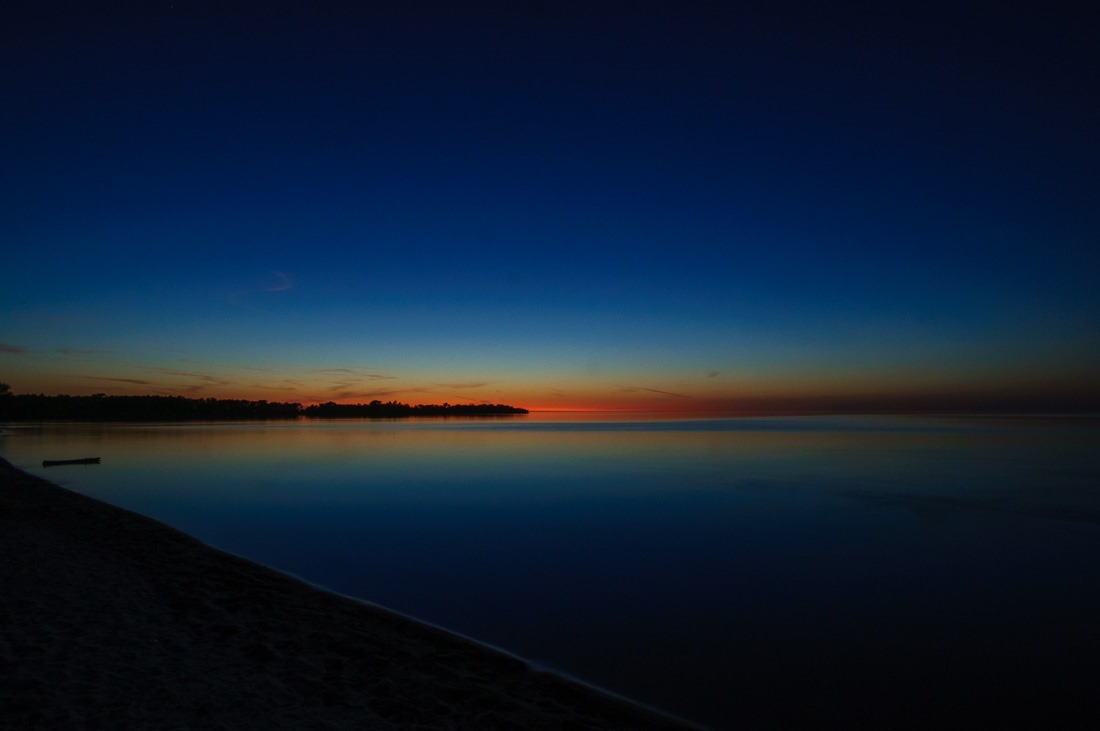 So I decided long ago to not fall in that same trap. I don’t want to photograph social injustice or fights, even if I know it’s right in front of my eyes. If I see something that doesn’t coincide with MY standards, I do something about it, no posting on any media will do that for me.. One evening, seeing a small woman being beaten to the ground by a big brute didn’t sit well with me. I called him out on it and he changed subjects (read: target – me), taking off his shirt as to not soil it with my blood. It didn’t come to blows, but at least the small woman was safe from his blows for a while. I could have photographed it and called for outrage, but nothing would have come from it. Going the physical, direct way had a way better effect. 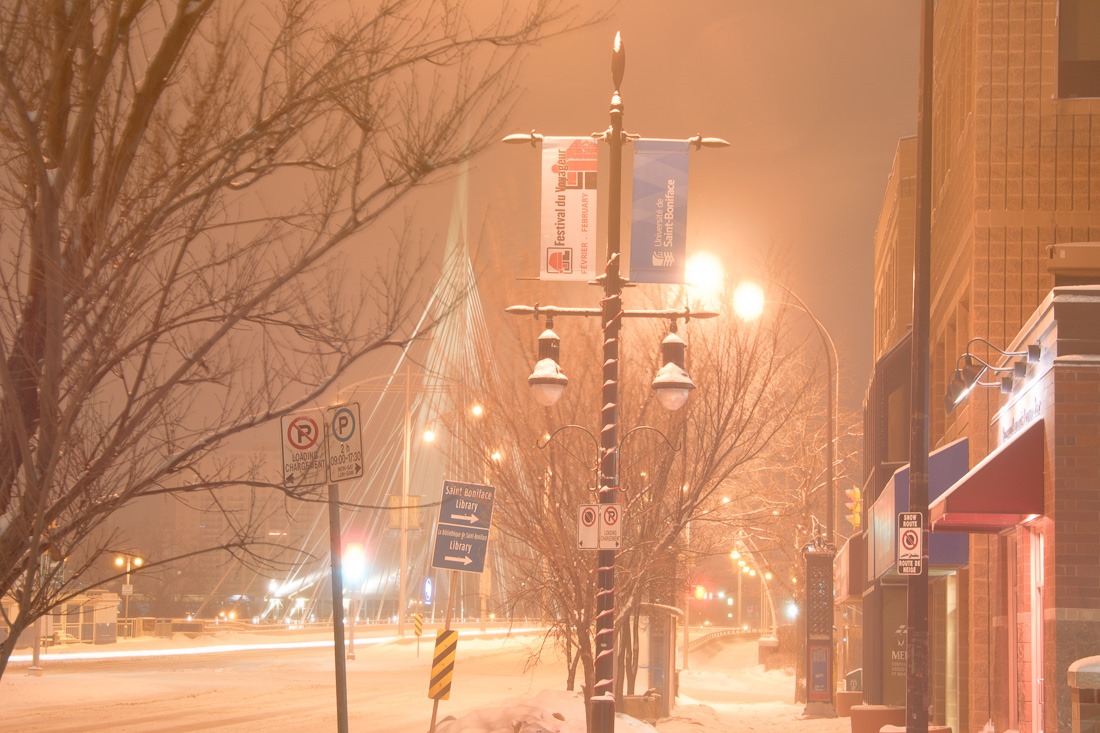 And no, I didn’t care if it had come to blows. As for photography, I decided to show the beauty of nature, or sometimes the lack thereof. Yet never have I cropped a picture to alter the scene that I captured. Of course it’s a very different story when doing portrait photography or even still lives that have a very different purpose. But one knows that reality has been altered to produce the picture. 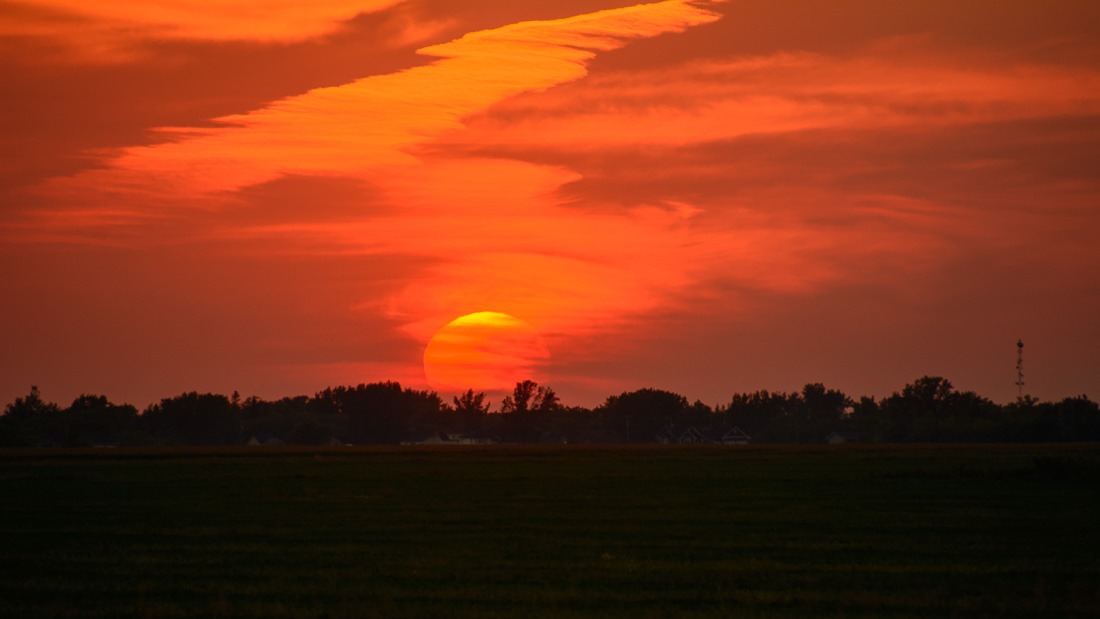 Photography of nature is just that, nature. Often beautiful, sometimes brutal. Landscapes are the easiest to stick to the truth. Yet inevitably I will have to leave out something. The camera will not record everything around my in a single picture. So I have trained myself in showing the essence of that natural beauty, without the fluff or stuff that would distract from it. It is a kind of manipulation, I agree, but one I cannot avoid.

In these days where whistling an old song can offend some people, it is not easy to present something that has no such effect. The goal of photography for me is to present natural beauty as much as possible. Taking pictures of manifestations or riots is a different type of photography. A type that comes with a job that is not mine. 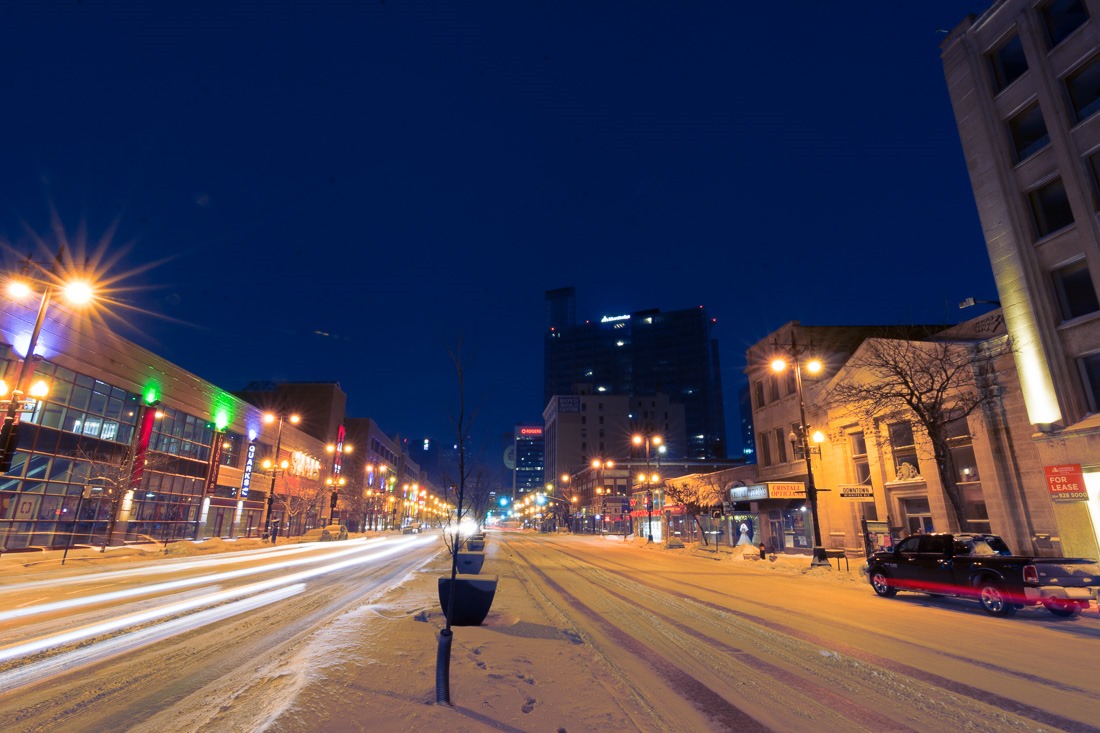 I have witnessed the filming and interviewing of a homeless man in the streets of Kyiv, Ukraine. At the time I didn’t speak the language enough to understand anything. Yet when the interview in the street with the man laying on the sidewalk was over it became clear that it was manipulation from one end to the other. The channel filming him was a Russian channel. When filming was done, the man stood up, pulled some keys out of his pocket, placed himself at the wheel of a nearby parked Mercedes and drove off. Not exactly what one could expect from a helpless, homeless man. Later, on TV, it was showing the sequence as if there was nobody protesting the current president in Ukraine, while there had been thousands of people in the neighbouring streets.

My photographic goal? In a few words: Stick to reality as much as possible and present beauty. The pictures here have a feeling for me, perhaps not for you. The moods were mine, yet none of that “manipulation” of the lead pic has ever been repeated

. I have learned my lesson.