Yes, my phone tells me regularly that I am in “roaming” mode. Without ever leaving the province. I just hope they won’t charge me roaming fees for stepping outside.  Roaming around is most definitively recommended for anyone that wants to keep a healthy head and lifestyle. 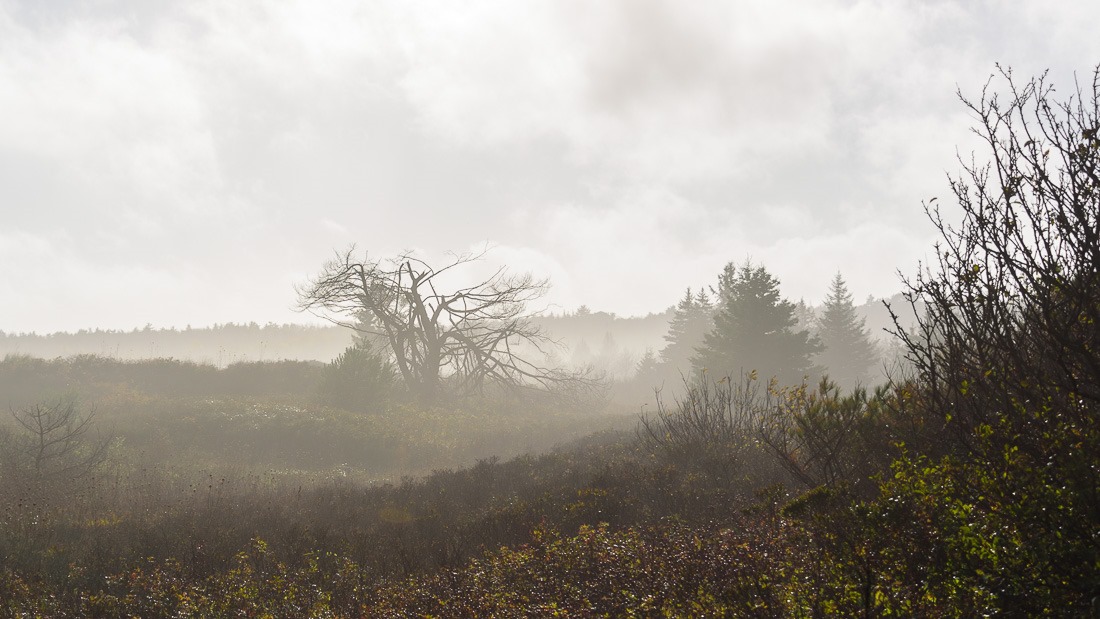 Sitting inside, doing the job and not moving around will sooner or later become fatal. Going outside in a pouring rain may do the same. But at least you’d have had some fresh air while kicking that bucket

It has been a while since my last post; the house needs renovations and the end is not yet in sight. Plans are ready for everything, but supply seems to have troubles. So, everything is now on a “when possible” basis. Hardwood floors are still hardboard floors and more of that. Whenever the stuff we want is available on site, we’ll get it and use it. I guess that patience is the key. 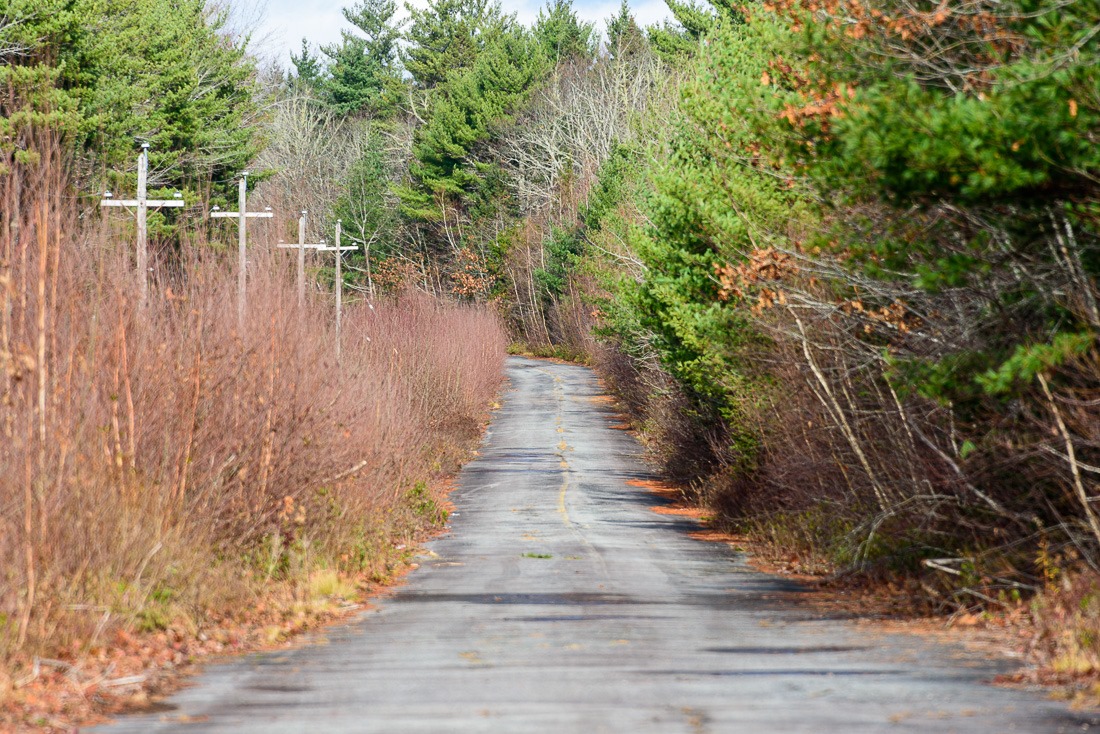 Now, patience is not my strongest point. When I start things, I also like to get them done. Supply issues can seriously work on my nerves from time to time. So the only way for me to put those nerves back in their place is to go outside with camera, recorder and some other gear and enjoy nature and wildlife. The most exotic wildlife I have seen here for now were the seals in the river behind the house. 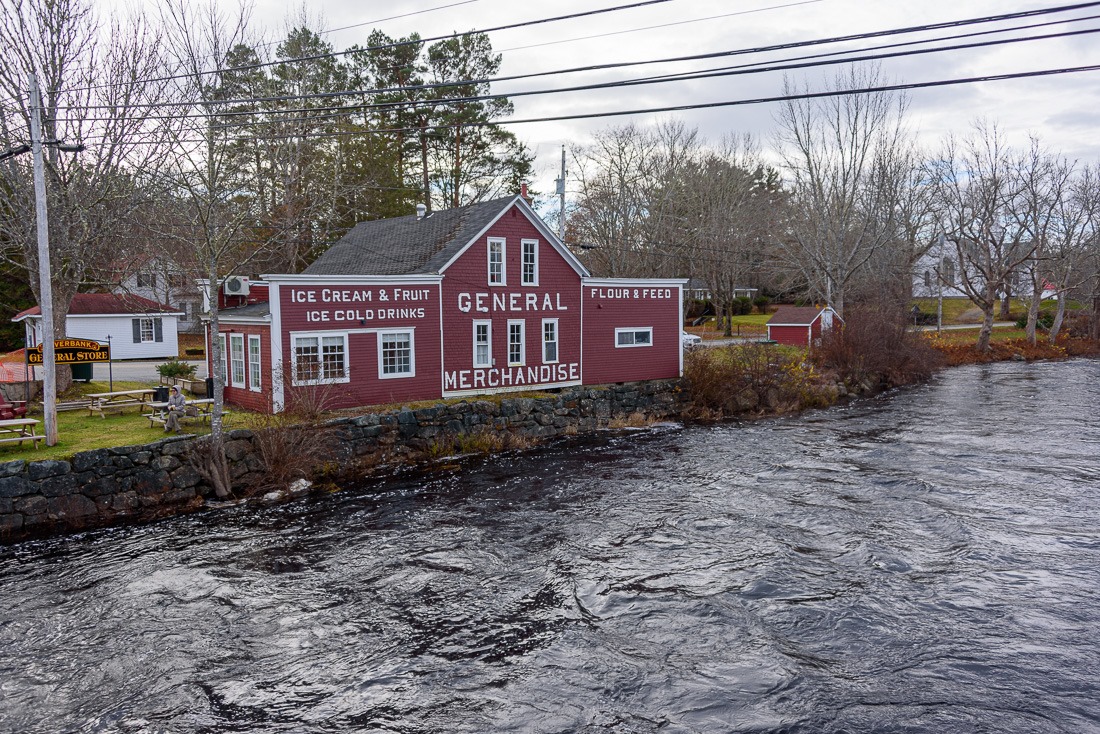 But nature is everywhere. Lately we have had some mild and not so mild storms, pictures and videos were simply great to take. Even if the quality of said videos was not cinema class, I still enjoyed taking the shots and sequences. Being outside with the wind howling through your hair, ocean spray lashing in your face, that is just a good cure for any bad mood due to external factors I cannot control anyway. 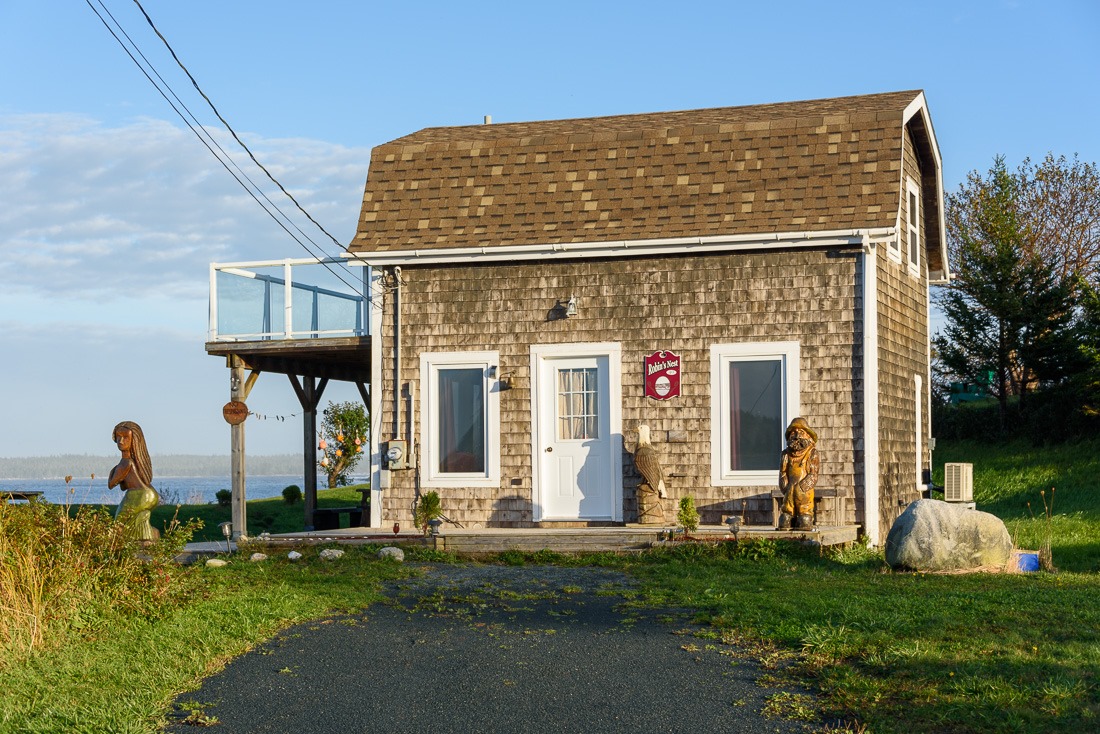 Back in the days I used music for that, but that is a no-go for now. So outdoors is the only option to calm down my nerves. I guess that’s for the best for all. When my nervous credit is over-extended, things might happen that are not exactly what they should be. No, nothing dramatic involving crime or anything, but simply things I don’t like myself for. So roaming it is. For now, it’s close to the house, why go far away if close by I haven’t discovered anything yet? 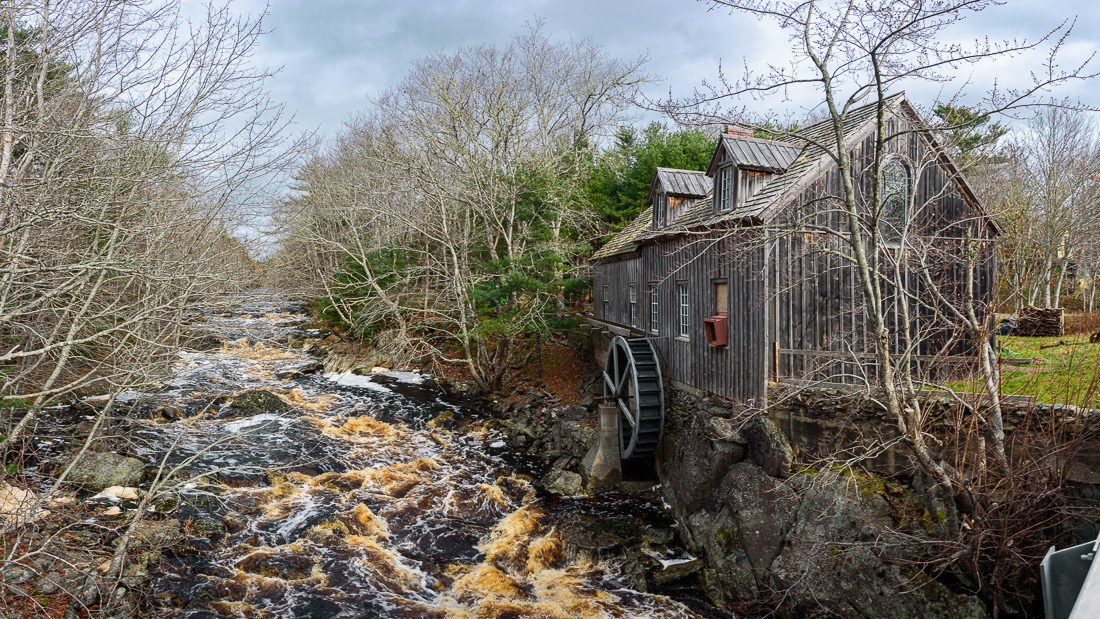 So on the main highway that runs not far enough too far from my house, there is this watermill or flour mill. When I first passed it, I only saw the stream coming down the hills and caught a glimpse of the mill. On my way back I just had to stop and shoot it. It looks as if there is some renovation going on in there, but I have never seen anyone on the premises. Nobody to talk to for some info. Anyway, this mill is on the side of the road, easy to spot and easy to miss when doing highway speeds. 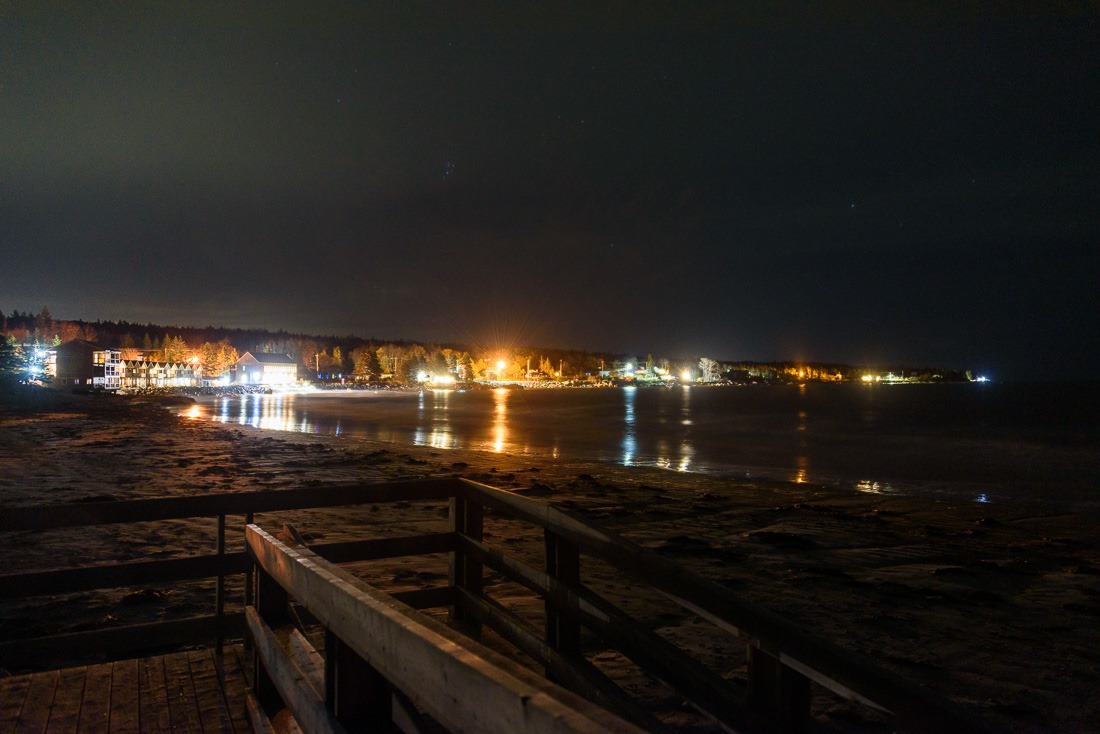 Then there is the beach. An obvious choice for when it’s not too cold, right? Well, even if it is cold or dark, the beach still attracts me like a magnet attracts iron filings. Above is a shot of a resort some 20kms away from my place. A good place to eat, but for now I have no idea about the accommodations they offer. The lead pic of this post is the same beach, but at noon one day. I set out to get some fresh air and ran into this misty pocket over the beach. Of course I had to shoot it. 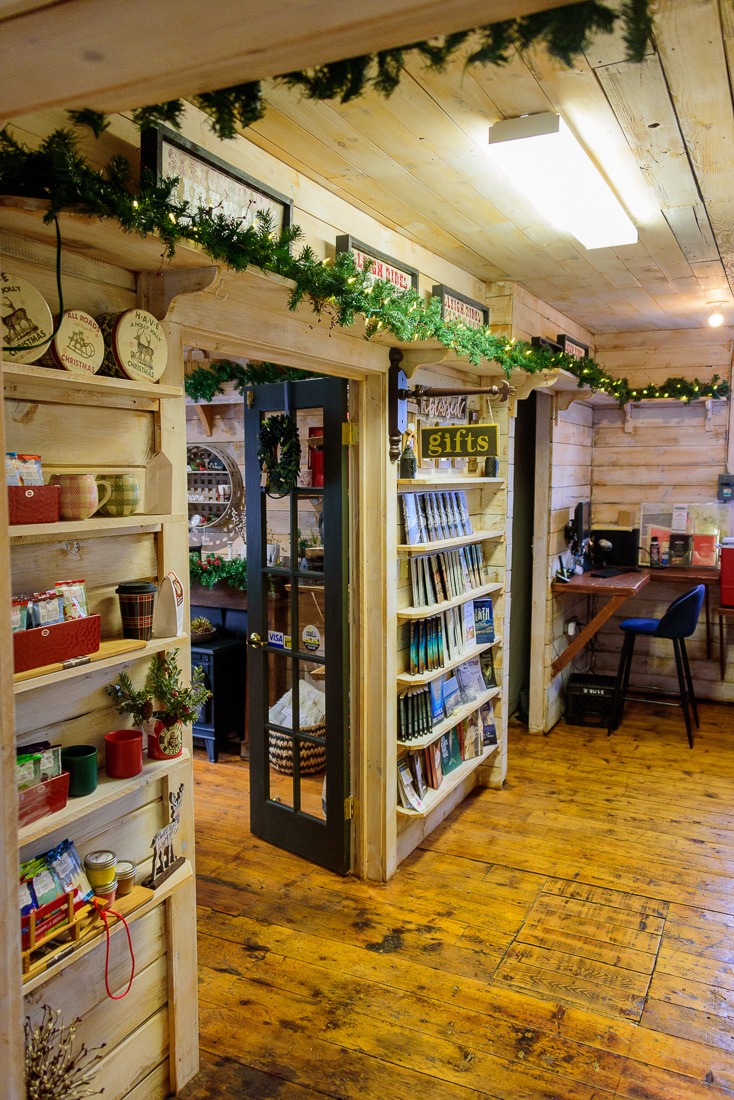 Going out also means to go in somewhere, sometimes. When an outdoor looks promising with a well-maintained or renovated century-old building, the store inside is often also of great interest. Now I have always had an interest in trinkets of all kinds, so this place was something to see. With the upcoming year-end’s festivities, those places will only get better. 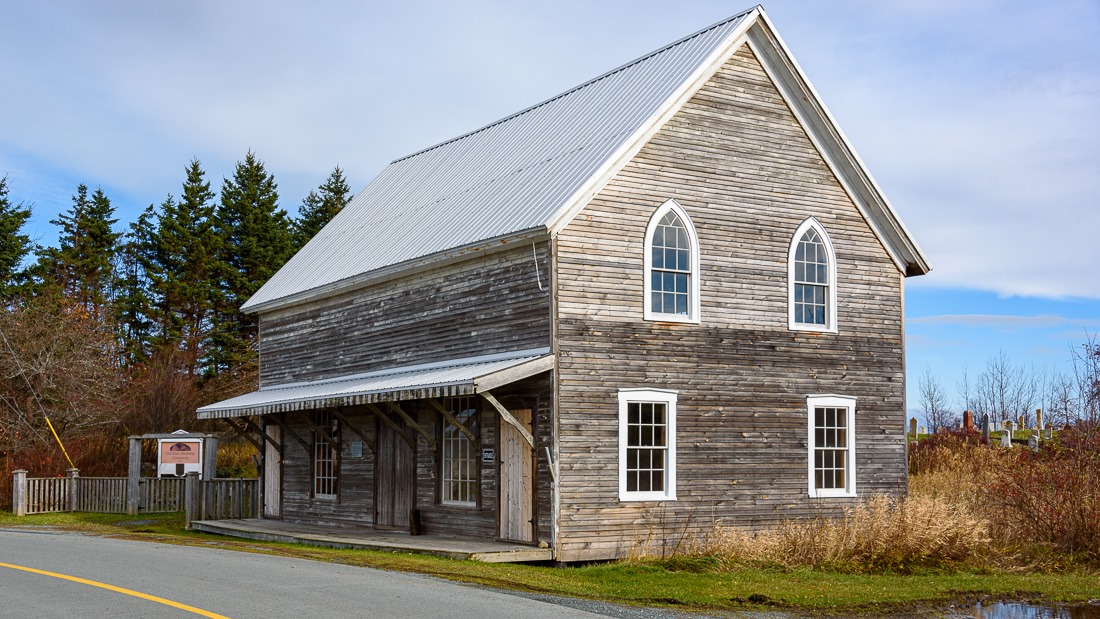 And then you have the places that were built already more than a century ago (1860s) for the same purpose. Community halls for parties, weddings and more. I guess that funerals also were part of its activities as the terrain behind this building is a cemetery. 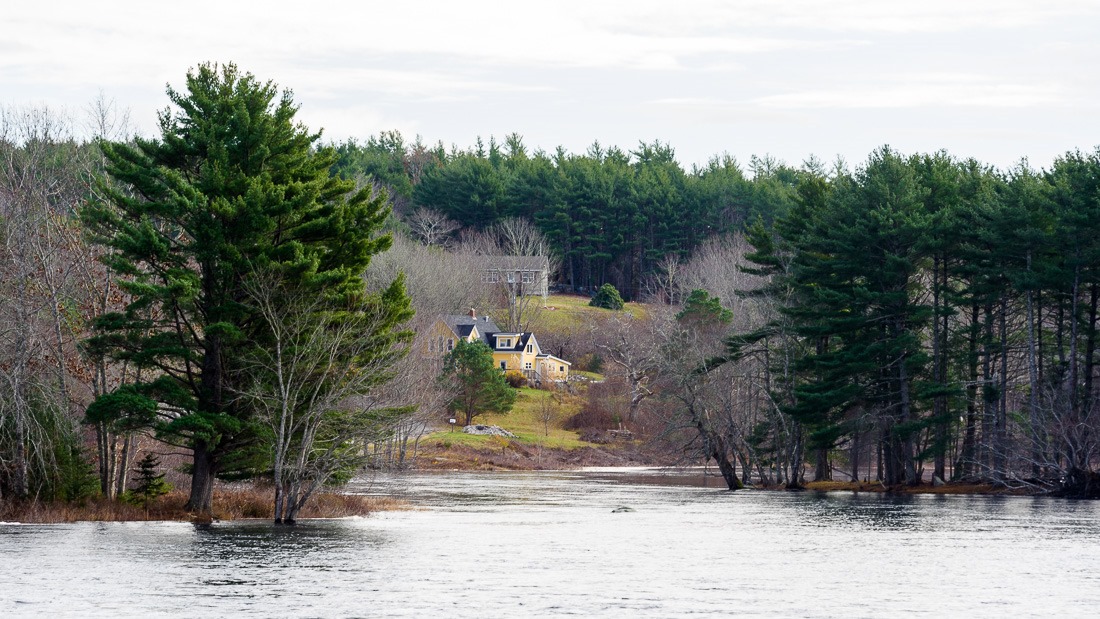 House on the Medway River

And sometimes, dreaming of living in a place like the above is all you need to do to get rid of your dark moods. This place is situated well above any flood line of the river, but normally the water is not this abundant. The storms of the past weeks have swelled this river to capacity.

The house needs renovation, my brain needs the same, just a bit more often than the house. Going out whenever possible is the only way to keep a level head and enough energy to continue. Roaming is key.