It’s easy to display any place as a tourist destination. Yet most places also have their business and their working sides. Halifax is no different. Halifax is not only about beaches and nice places for food and drinks. It is also a major port in Canada. 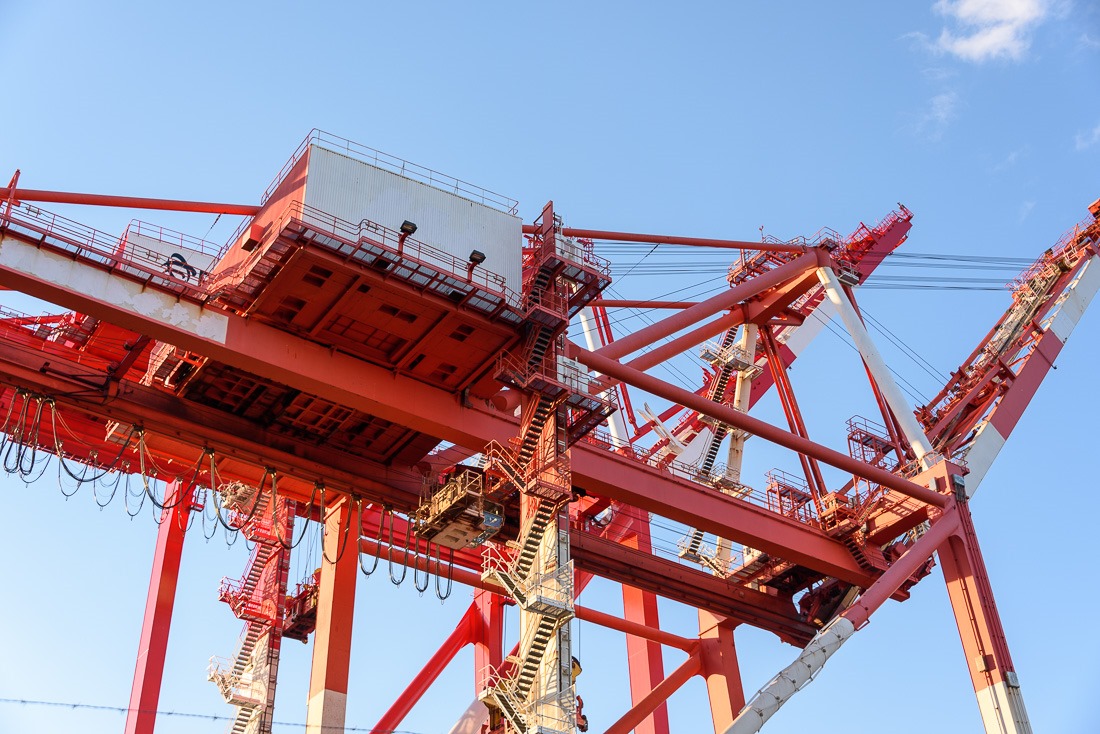 So to portray it as only having a nice boardwalk, restaurants and sandy beaches close by, we’re missing that other part.

So here are a few images from that other, more industrial side of this beautiful city. Halifax has a population of just short of 450,000 people. They need to be fed and housed. On top of that, this is one of the only Atlantic ports Canada has, so all kinds of products will remain here and  transit to other parts of the world. 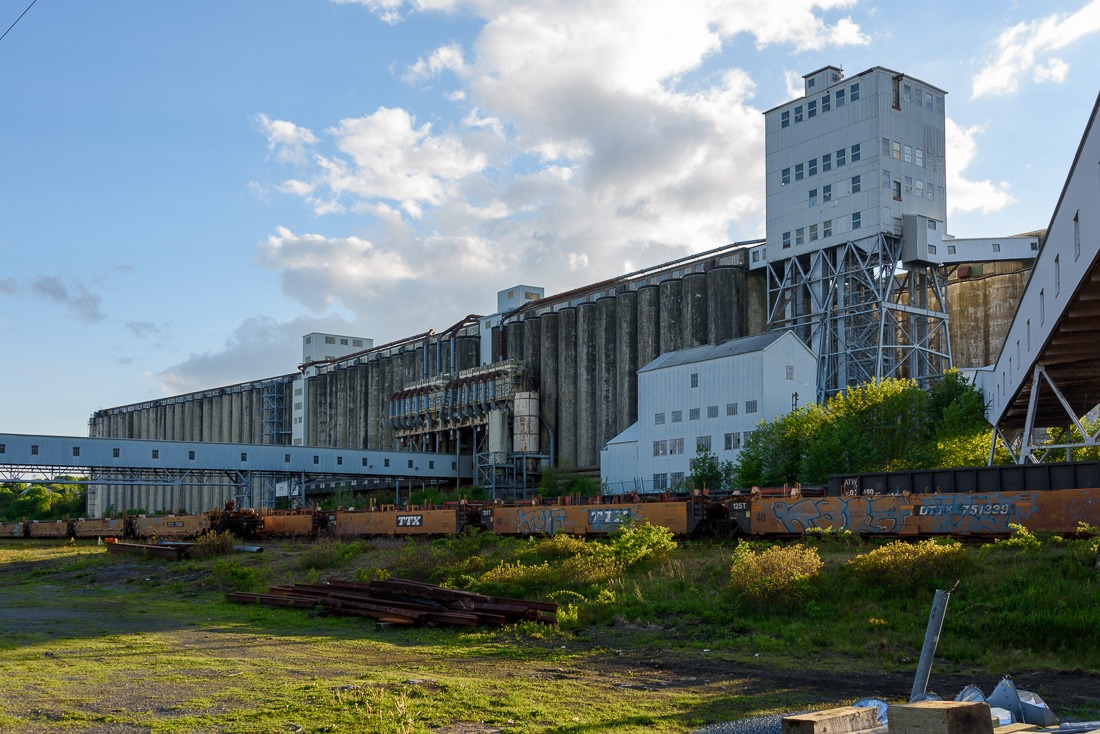 Grain elevators are capable of transferring grain from and to ships. Trains that have moved it from all over Canada to be moved out again to somewhere else. Now I don’t know the details of any of the transfers or the directions of the grain, but these grain elevators are massive. 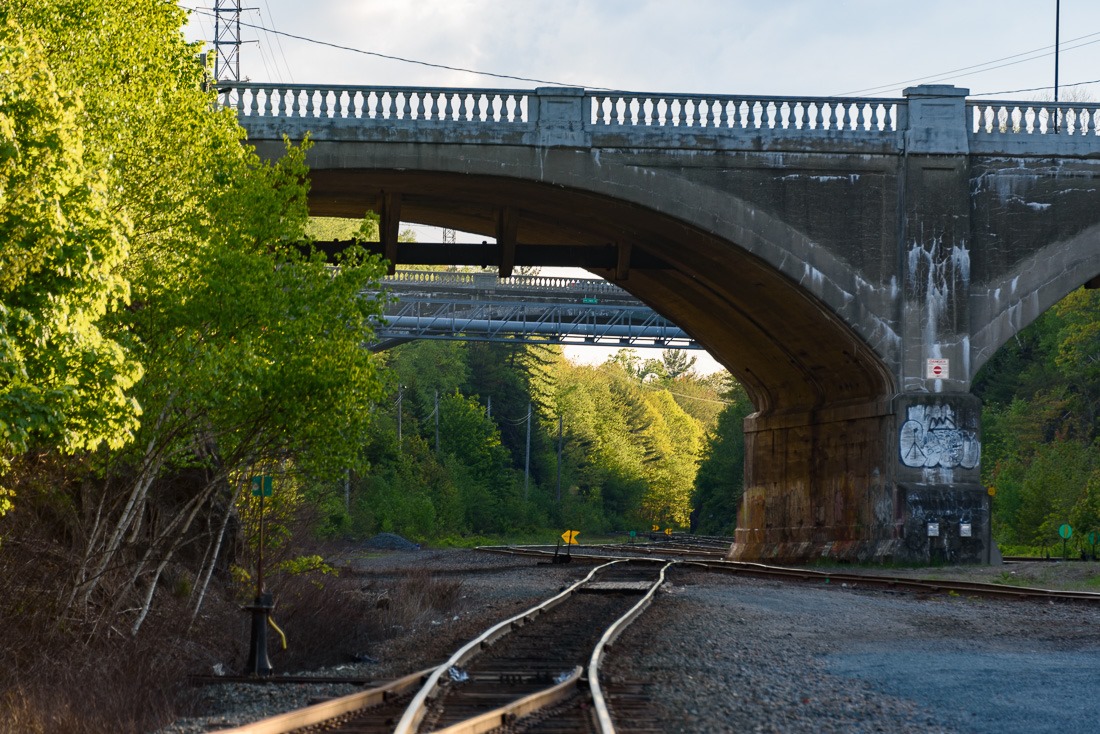 When I first went to Nova Scotia as a tourist a few years ago, I saw no train tracks anywhere. A few pulled tracks, yes, but those were for trains from the past, no longer in function. So my first though was that there were no trains going here. Big mistake

. Instead, train tracks are mostly hidden from view. So when I found these I could understand better. Now you might think that a few tracks like this do not add up to much. 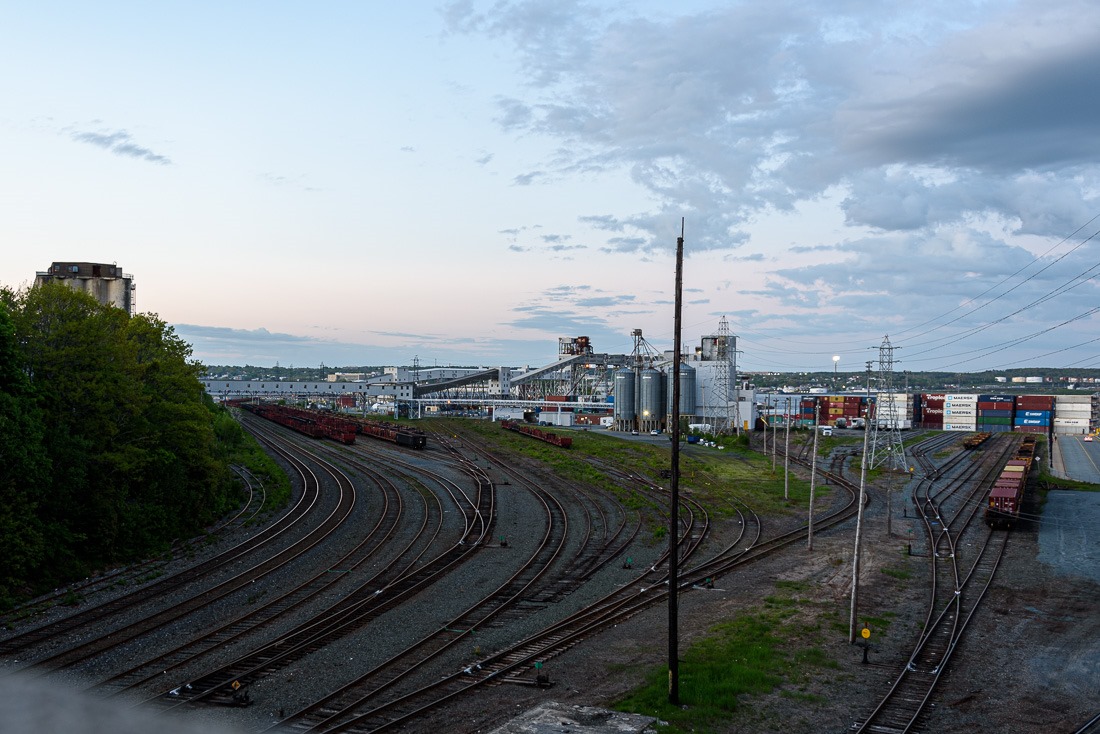 So I went onto one of the bridges in that picture and looked back. Now you can see the extent of the southern part of Halifax’s activities. One side moves off to the grain elevators and the passenger station, the other side stops at the container terminal. Containers moving on and off huge container ships. 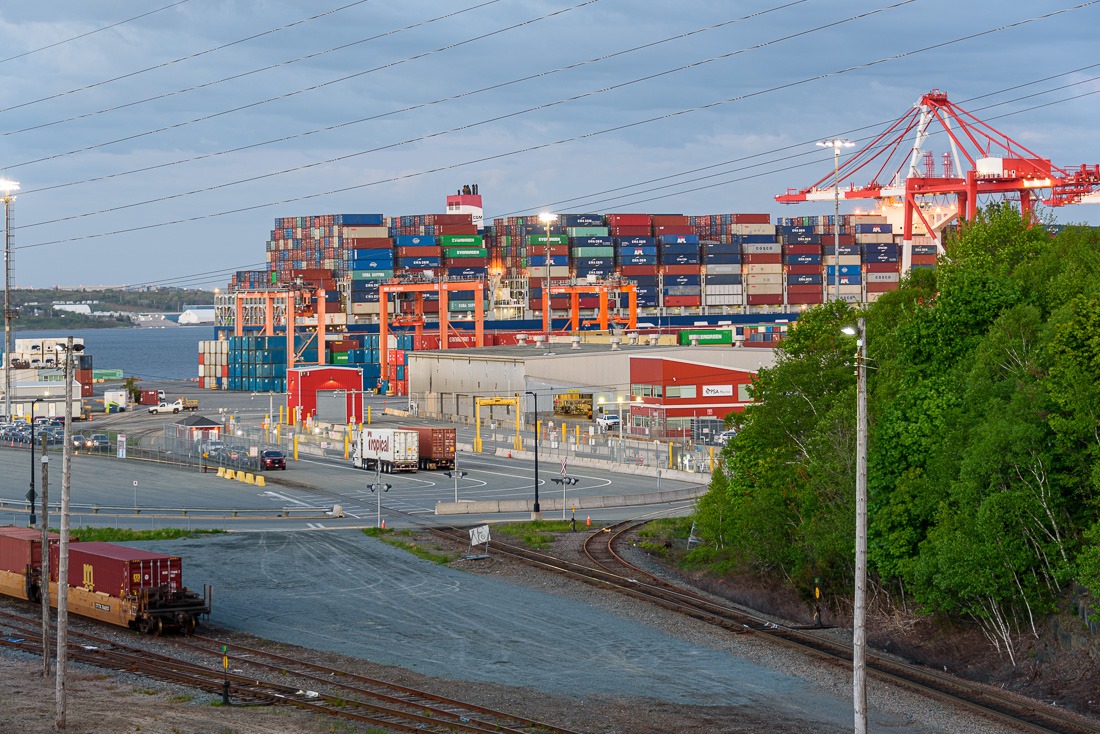 A mountain of goods

At first, the ships are not even visible amid all the containers placed on the shore. But the little smoke stack three containers from the left shows where the ship is. So then you try to get closer to that mountain of containers, most of which will have been moved to other parts of the world within a week or so. 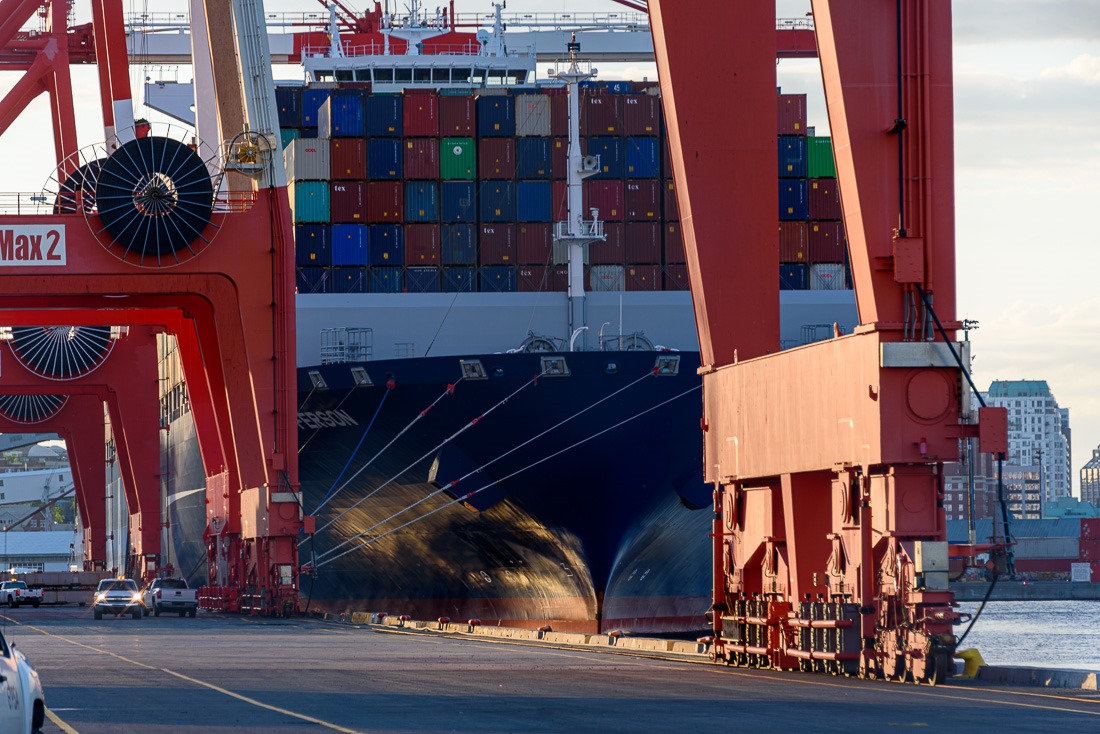 You can’t get too close to the ships, so shooting them through the chainlink fence is the only option. Not surprising that they want nobody to be walking around and under flying containers. The scale is absolutely massive here and you may even think that people have no place here at all. 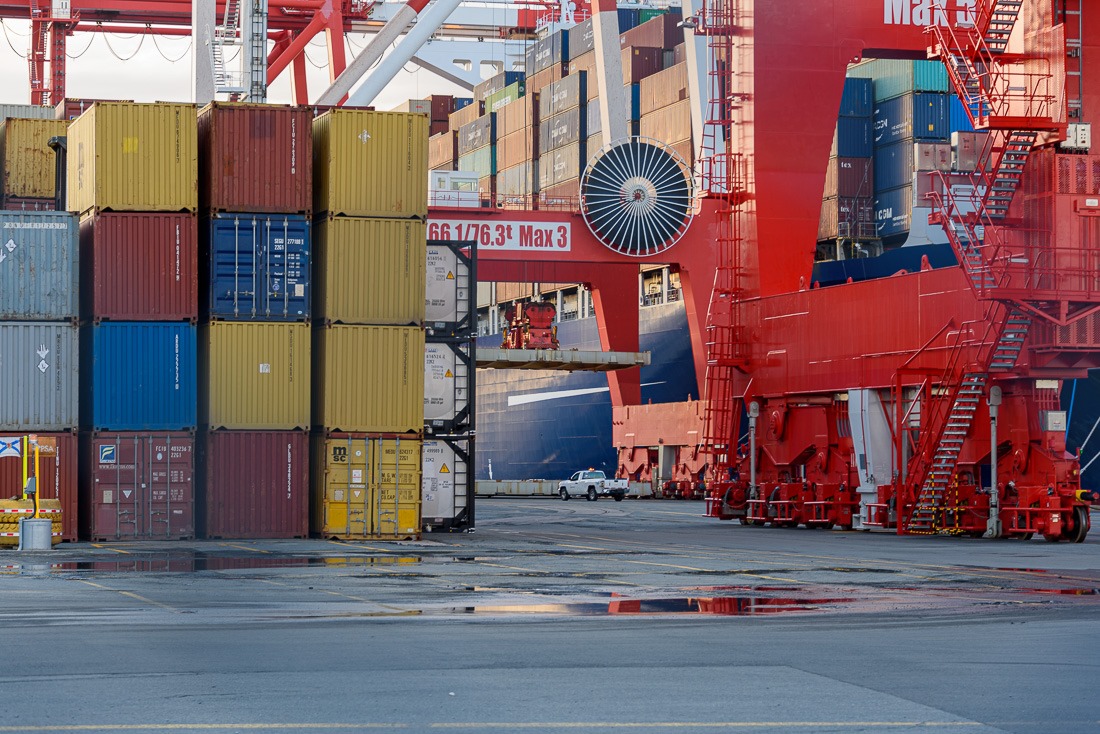 Moving in stabilisers between containers

The stacks of containers are in constant movement it seems. Moved around by cranes towering over anything close by. I was always intrigued by the fact that those containers had a “shelf life” or a limited life span. If you look at ONE container, a bit of rust may seem insignificant. But imagine a rusty container collapsing under the weight of all others stacked on top of it. The disaster would be enormous. As well as the cleanup afterwards. 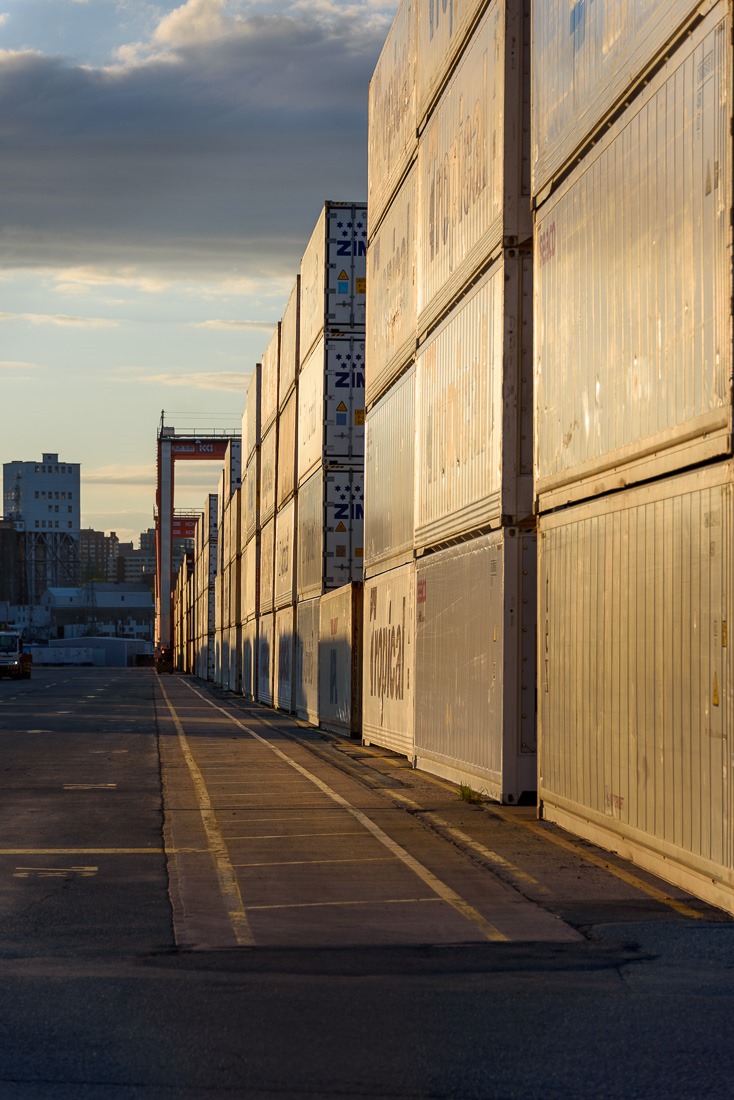 On my way out of the area, I couldn’t pass up on this view of refrigerating containers in the evening sun. A massive wall of steel and goods. That is a very different aspect of Halifax, important for city, province and country as a whole. Not for tourists in the usual sense, but interesting for sure.