New surroundings bring new challenges and new discoveries. So what is the best way to go about that? Some people will dive in head first and will run or drive around and within days they know everything about everything. 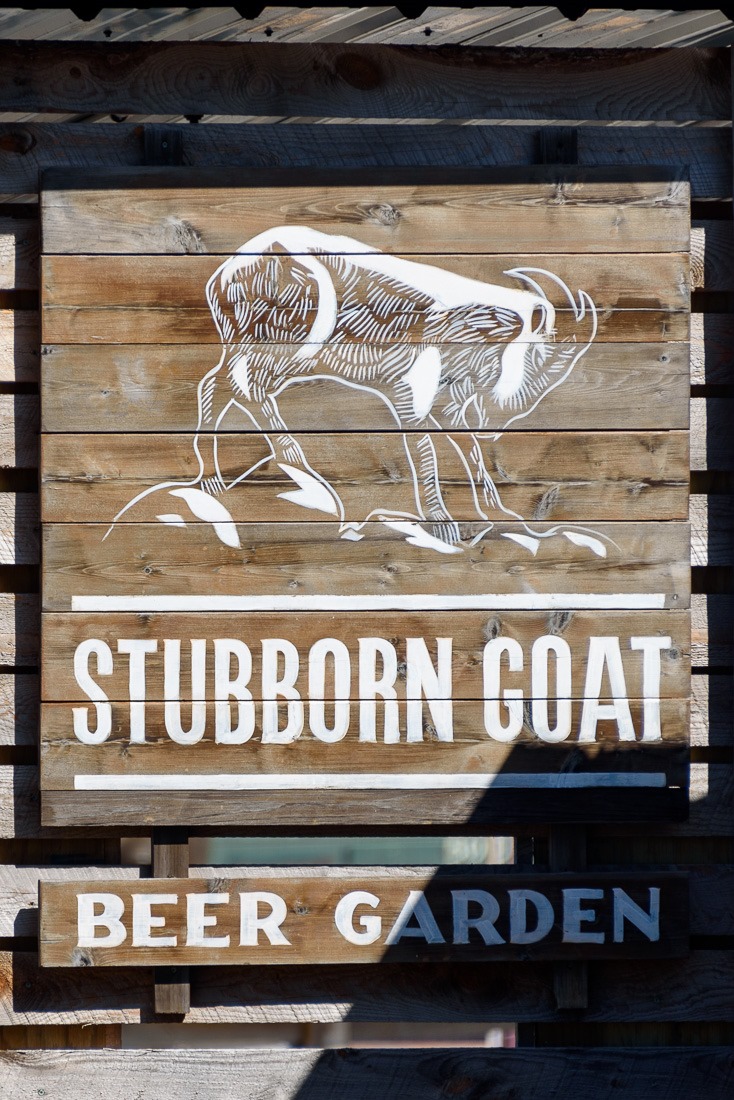 Until you ask them a specific question, that is. Usually that is where the knowledge ends. I am trying to do as a cat does in a new home. The first thing to do is walk around and fall asleep in the best place of the house. After that, exploration goes in a spiral outwards from the sleeping spot.

We were kind of forced to follow that principle with self-isolation holding us in place. So we discovered the apartment, the balcony and the view on other people’s yards. At noon, the rumbling of the far away Noon Cannon at the citadel reminded us that there is more than just the apartment. 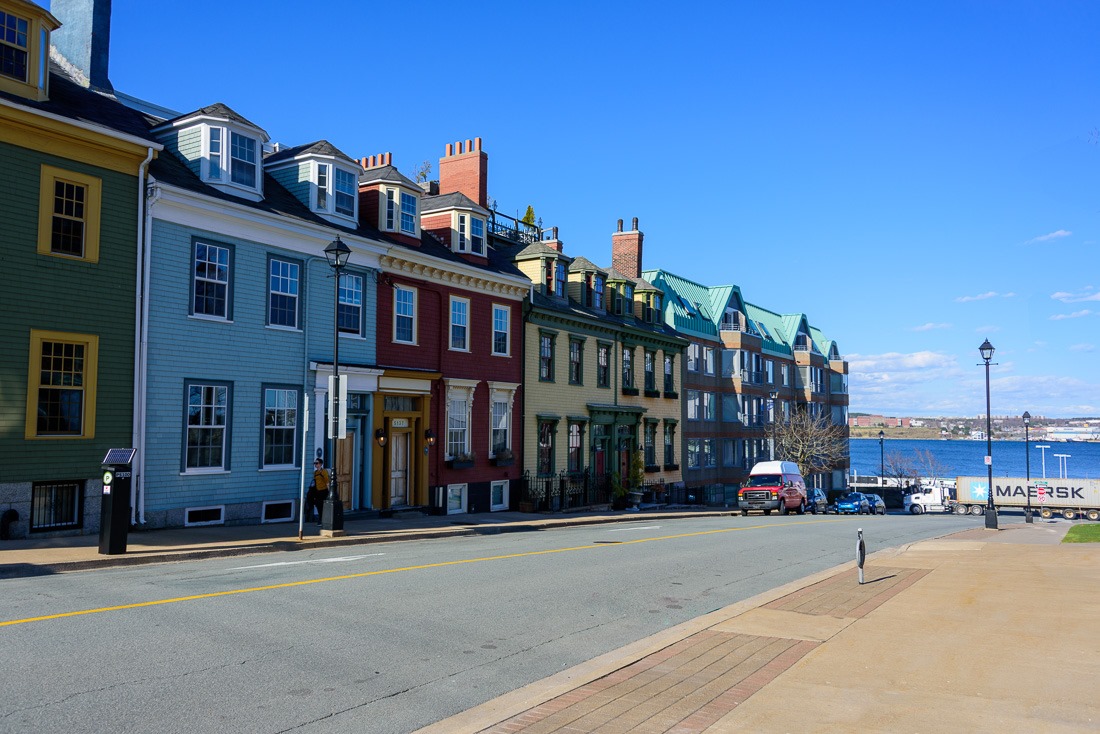 Once we were allowed outside, we started spiralling out. First in our own street. Full of heritage buildings, it feels like living 100 years ago in the past. Except that the cars spoil that image quickly. Then the neighbouring streets, more heritage buildings as well as modern structures, all mixed together. Again, after a small walk, back home to safety. At least as far as the cat-mentality goes. 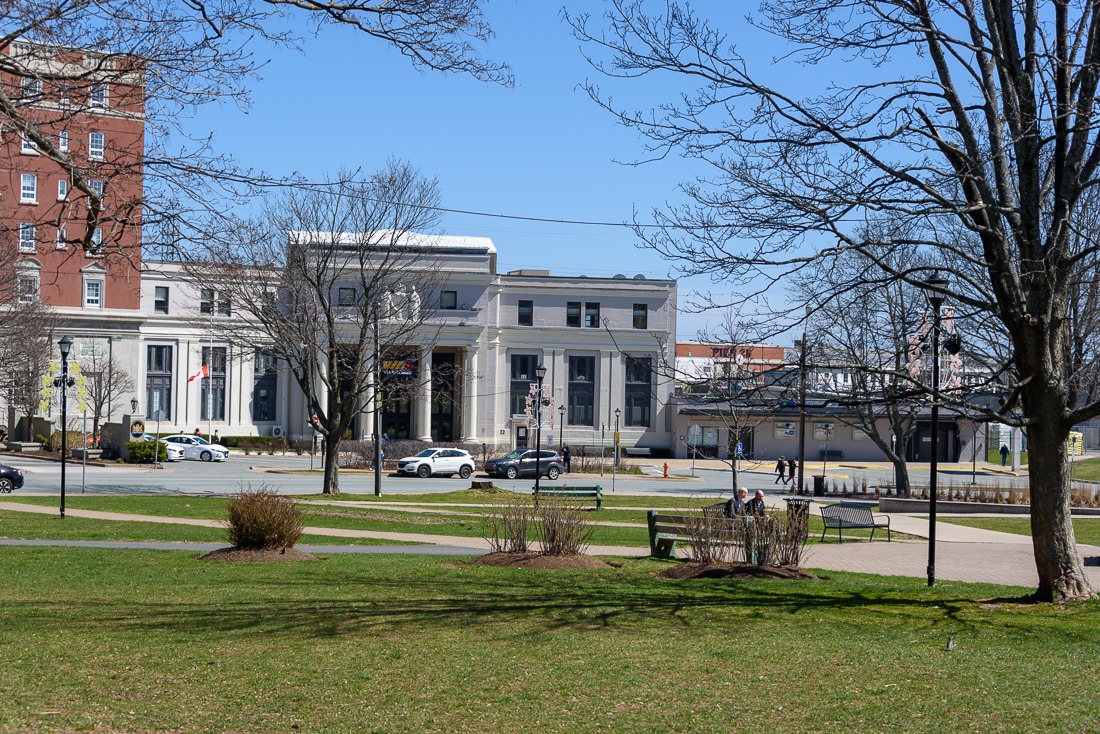 It’s more that our prairie legs are not yet accustomed to the hills and valleys in the city of Halifax… I’ll get used to it soon enough. When we were in Halifax a few years ago, one thing that I didn’t see was train tracks. The tracks on the Dartmouth side are very visible, but not so in Halifax. So when I stumbled upon this Via Rail station I was surprised. On top of that, it has the same type of architecture as Union Station in Winnipeg. 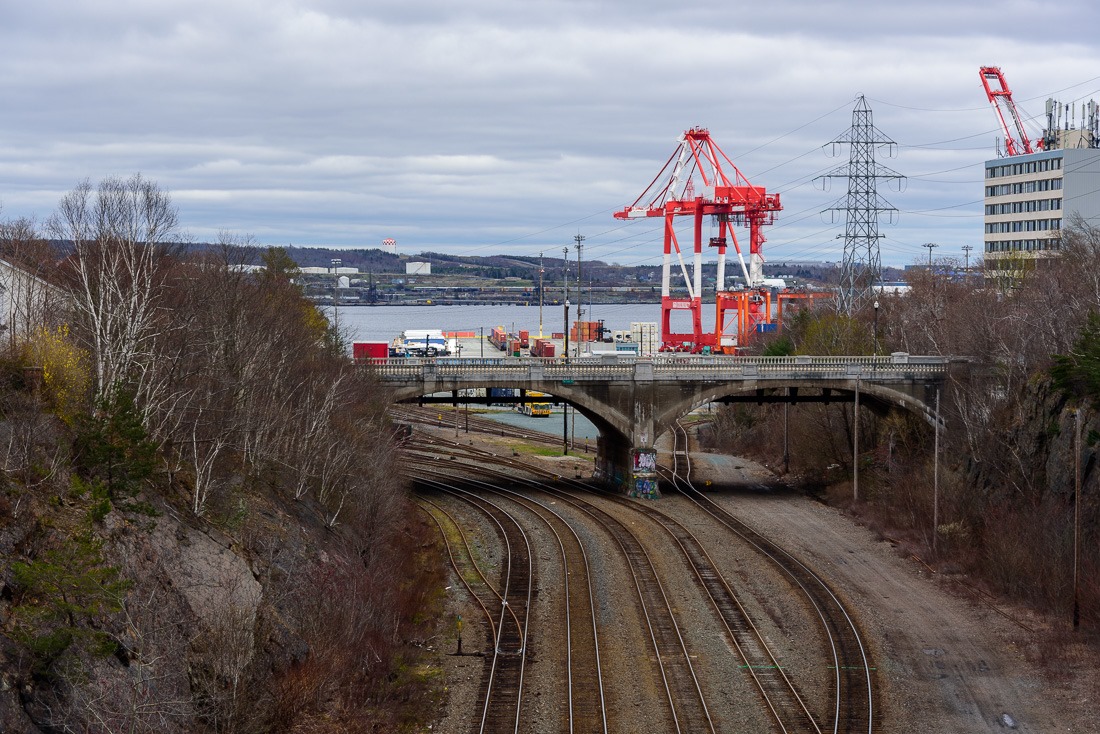 So a little more investigating was required and then I found out that the tracks were crossing my own road. Well, a few meters underneath it, to be exact. The leftmost tracks lead to the railway station, the rest goes to the port. Trains will be slow at this part of their journey, that’s for sure. 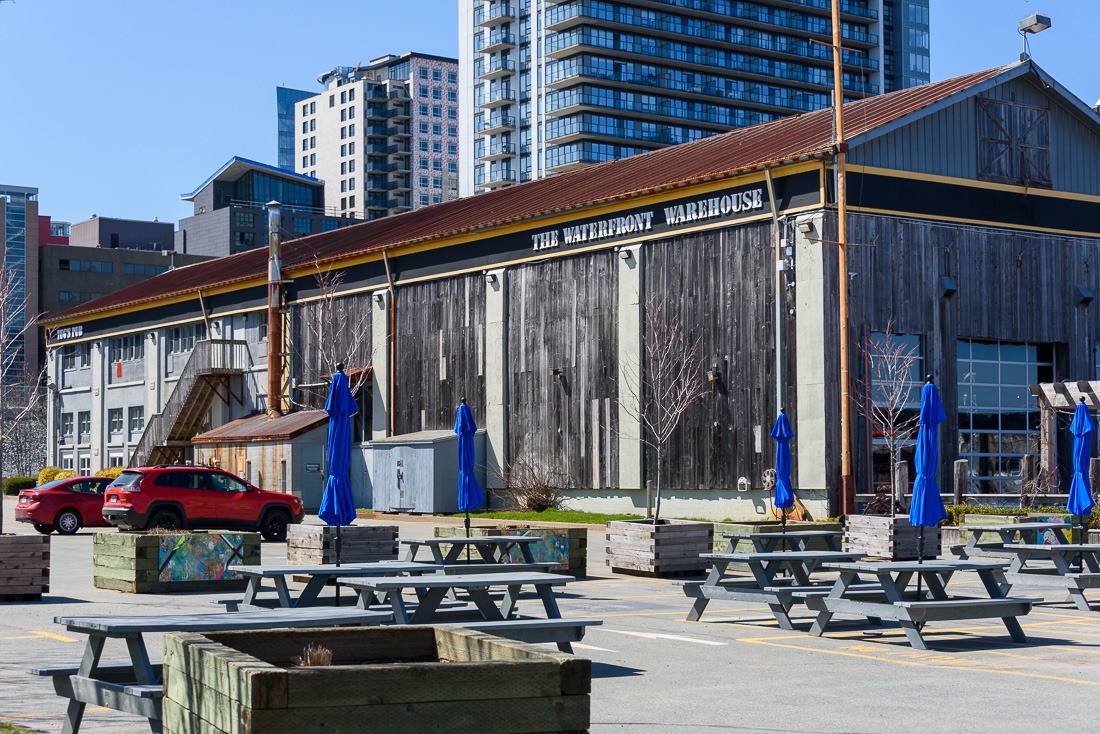 Then comes the famous boardwalk. The waterfront is famous in Halifax. There are plenty of things to do and to see, so I’ll be back many times over, with both camera and field recorder. Recording sound has become a new hobby of mine. Sometimes just sound can provoke memories and feelings that images by themselves are not capable of. It’s a bit like the imagination when reading a book. 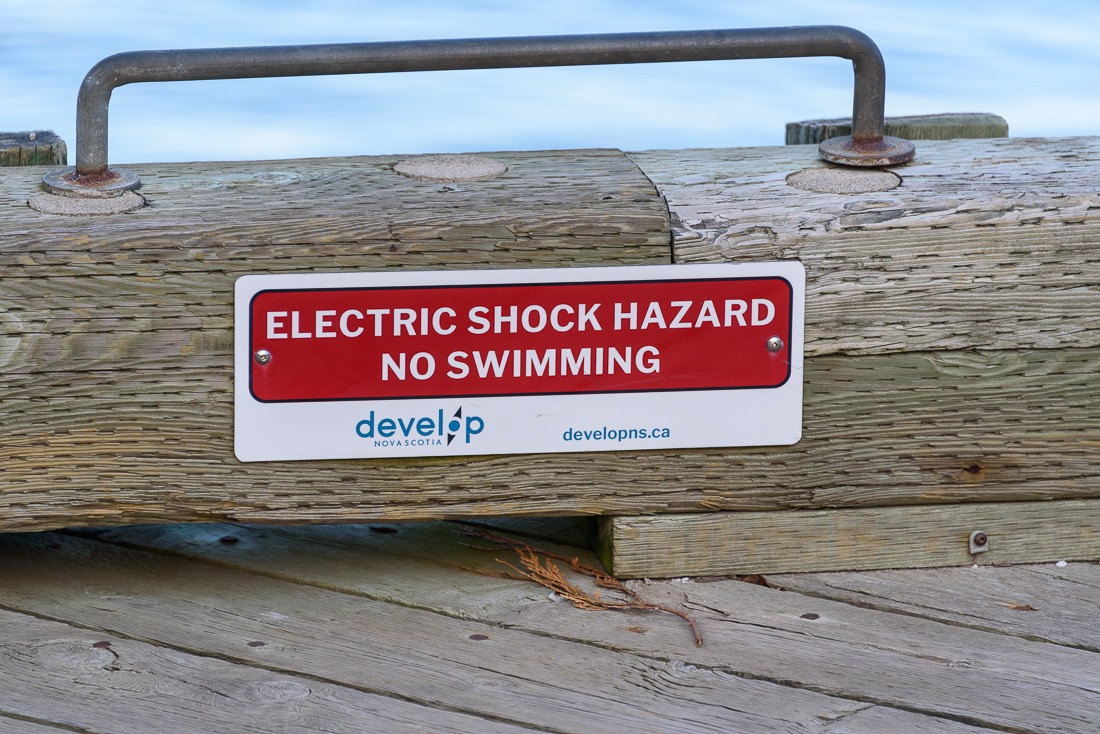 Swimming in the harbour is, however, not recommended. Some electrician hasn’t done a very good job of insulating some wires, it seems

. Apart from the shock hazard, I don’t think that swimming in an active harbour is very healthy anyway. Despite restrictions, ships will always lose some oil or other unhealthy liquid. Put enough ships together and the environment is not very recommended. On top of that, I didn’t see many anglers fishing in the harbour either. 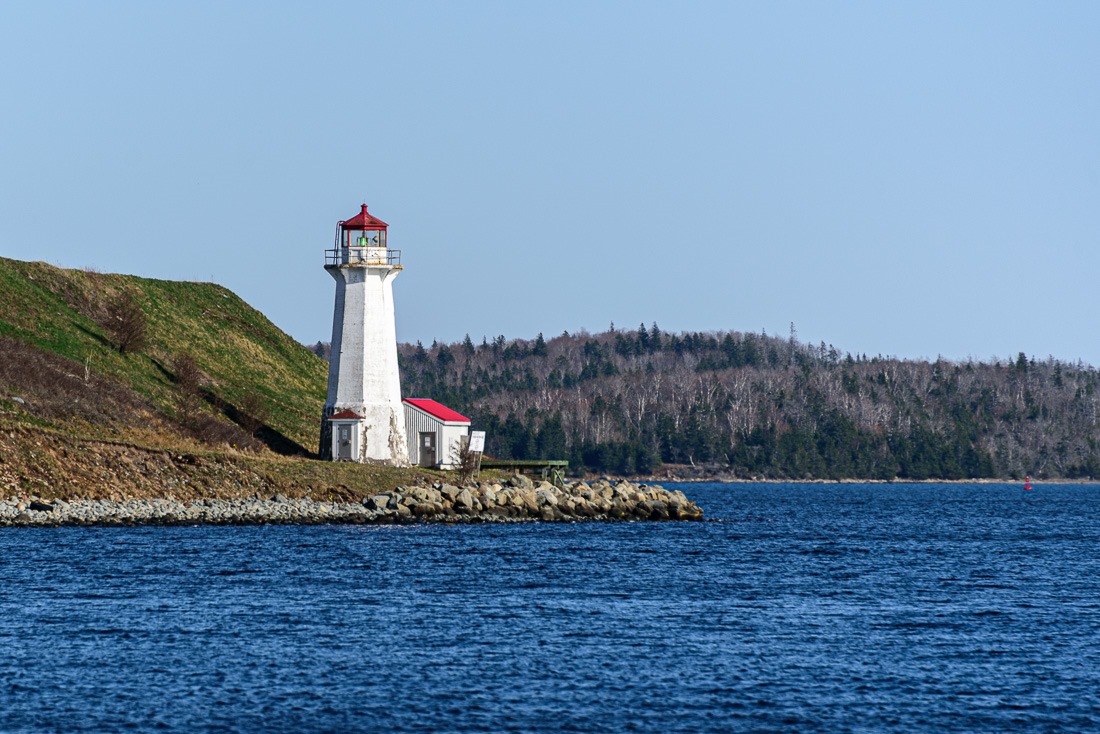 One last look on George’s Island and it was back to home. More on George’s Island later, when I will have had the opportunity to visit it and learn some more of the history of it. It seems that we could find plenty of ghosts on this island if we are patient enough. Speaking French might be recommended for this as well. 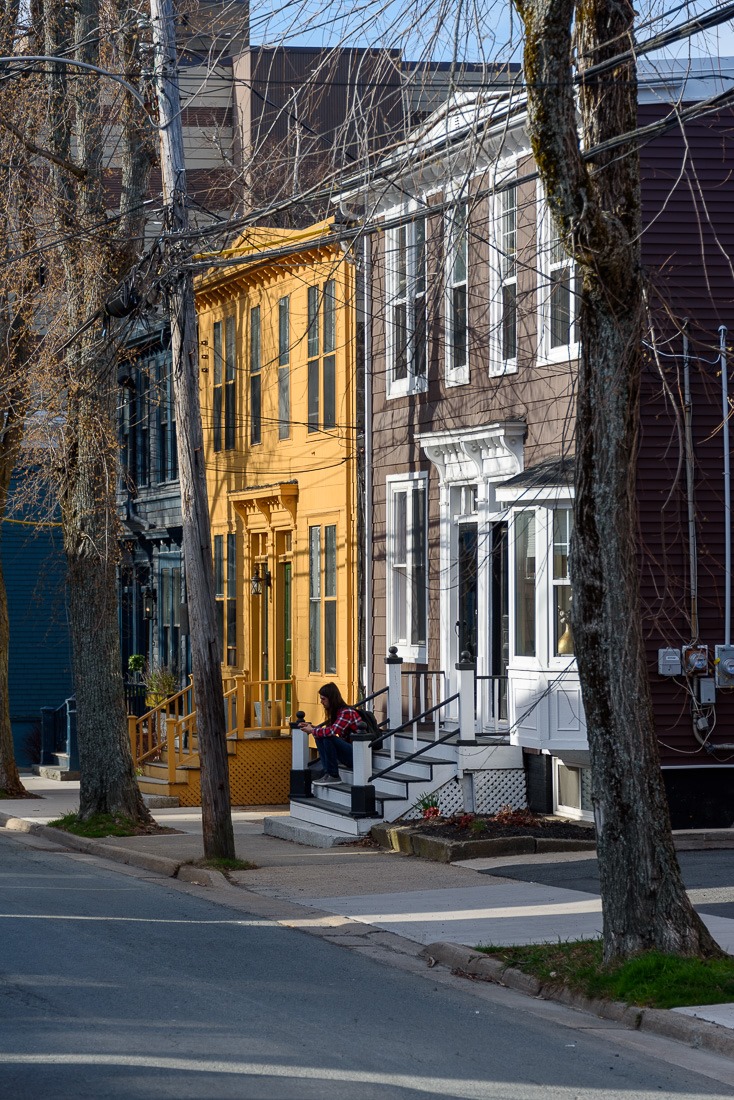 Chilling out in the evening air

Since the weather is pretty nice lately, plenty of people are chilling out even just on the doorsteps of their own building. Street photography is not really my style, but sometimes a candid shot simply imposes itself. 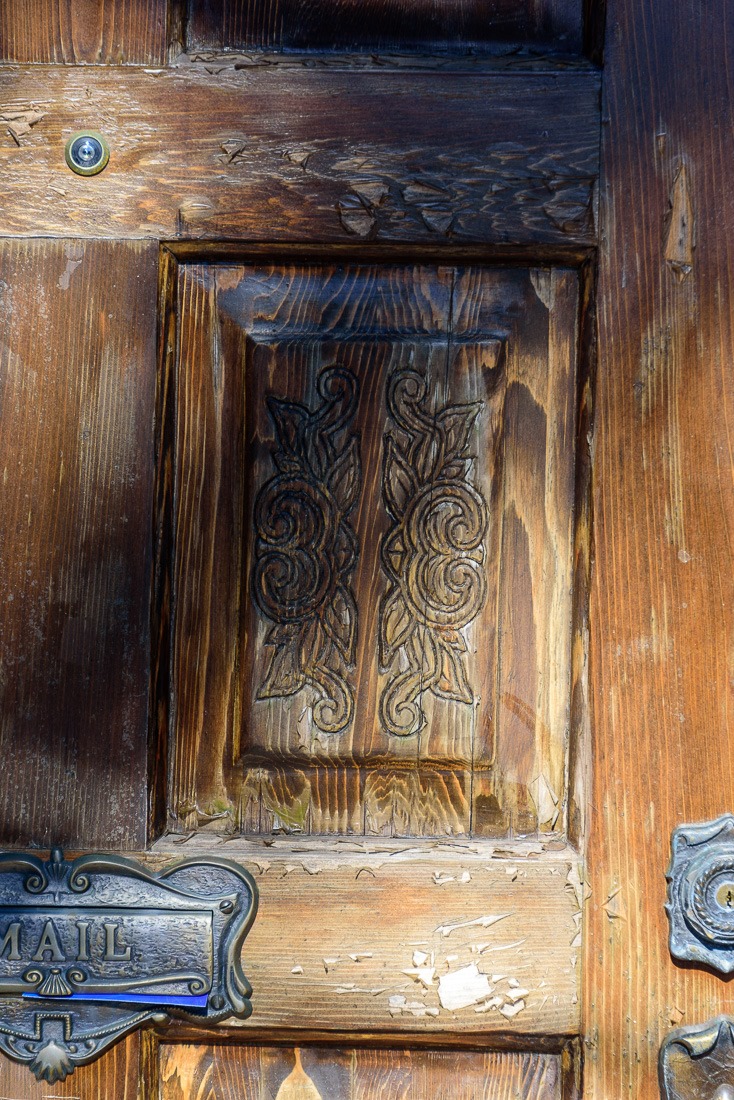 Close to home, a very old, ornately carved door caught my eye. The varnish will need some redoing, but the carvings on this door are out of this time. They simply don’t make them like that anymore. Ok, back to the apartment, a little local beer and off to bed!