By now you may have noticed that I post a lot of pictures of birds. It has become a habit to shoot them and then post the better pictures here on my blog. Yet birds are not the only subjects that I shoot. Plants, flowers, insects, landscapes and even people come across my lens. 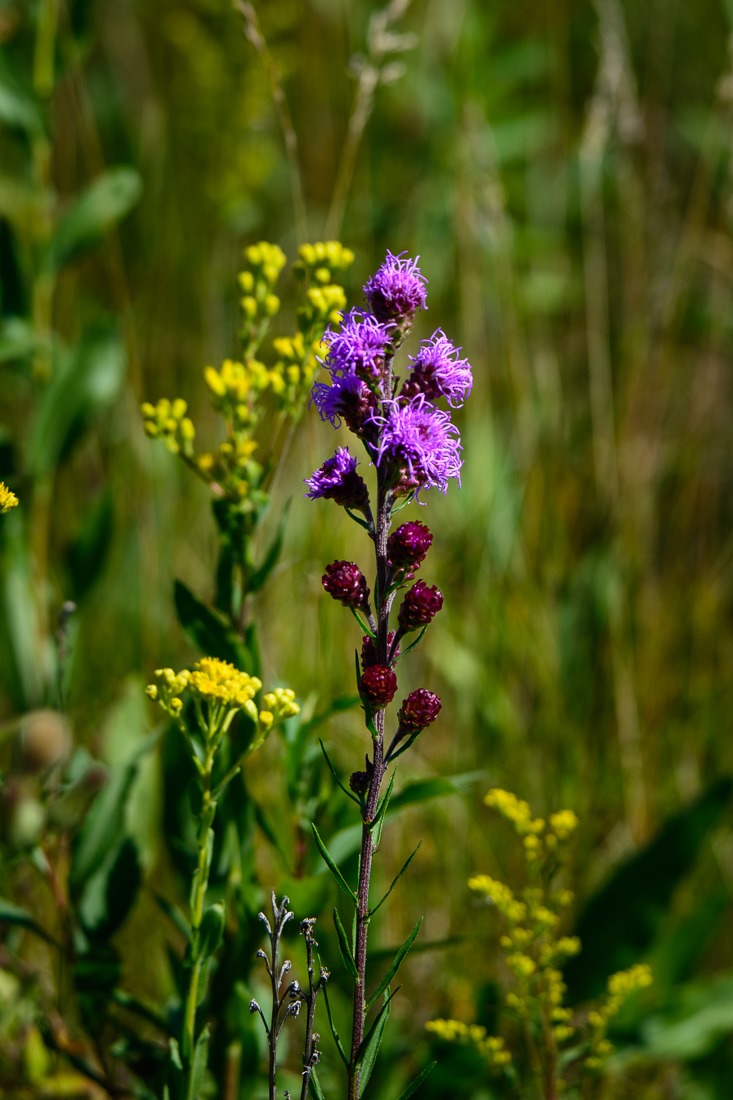 Yet birds are what I post most about. Is it a coincidence that I know a little about birds and practically nothing about plants and flowers?

Probably not. I have never asked myself that question. I probably wouldn’t have liked the answer anyway. Despite all the efforts of my teachers in school, my knowledge of botany remains woefully limited. It’s like it never enters my mind, and when it does, it gets out of there before it has a chance to leave an impression. 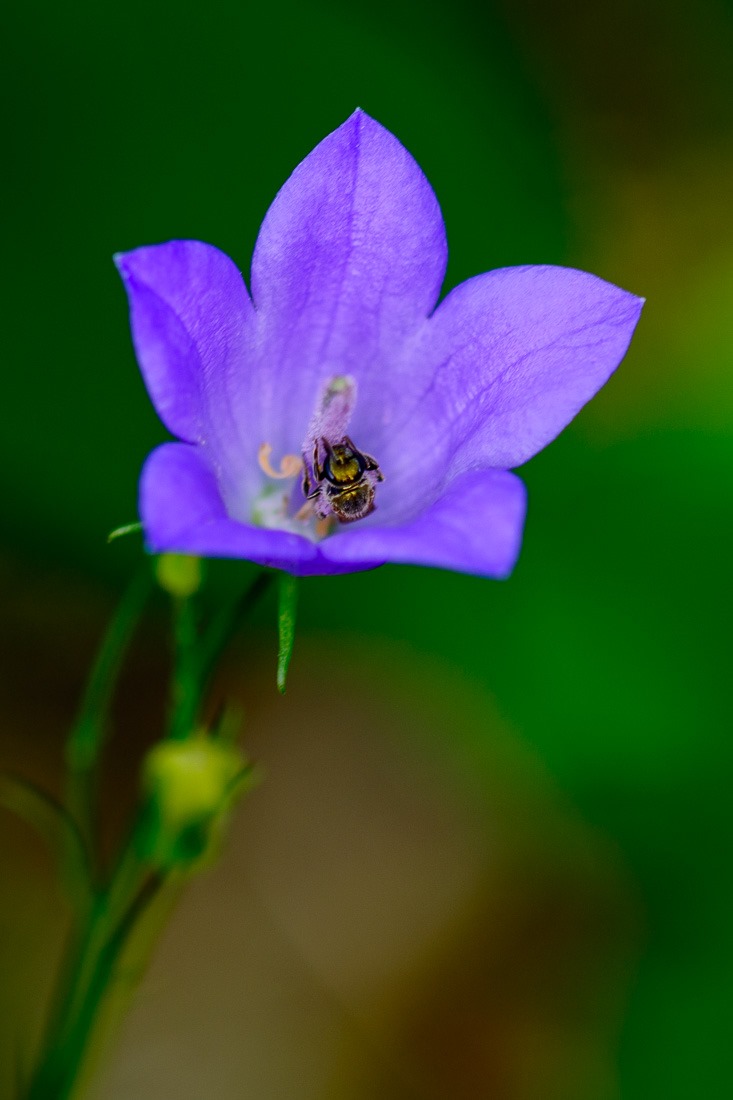 . Yet no differences in grasses will ever enter my brain for real. It doesn’t mean I don’t like plants and flowers, though. I’m interested, but I just have no place in my brain to store that information, it seems. The above Harebell had a visitor. 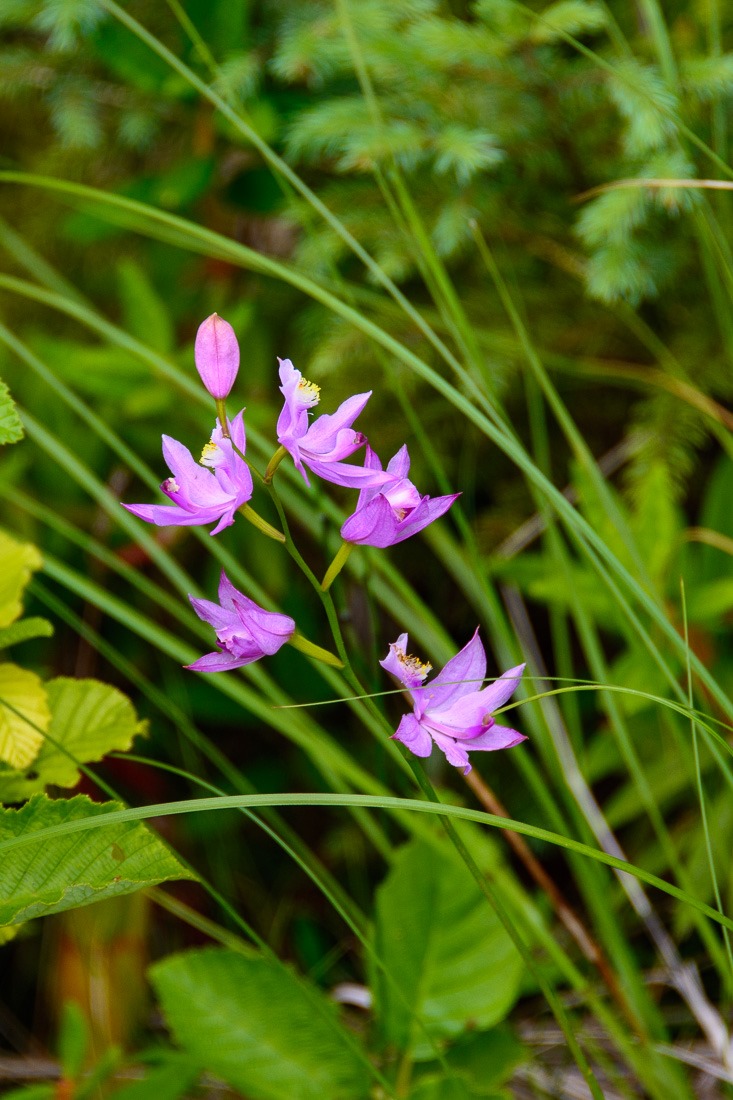 So here I am, photographing beautiful plants and flowers in the wild (I don’t shoot Aunt Edna’s windowsill plants), and no way to identify them. I would not even have an idea on where to start. I can name the Stinging Nettle, although in school we called that a “Brandnetel”. Mostly because I ended up on my face in a full-grown patch of it. My bike suddenly decided to go off the path behind the church… Yes, Brandnetels are forever engraved in my mind. Above is Grass-Pink, not stinging nettle. Rare in Manitoba, but fairly easy to find if you know where to look. 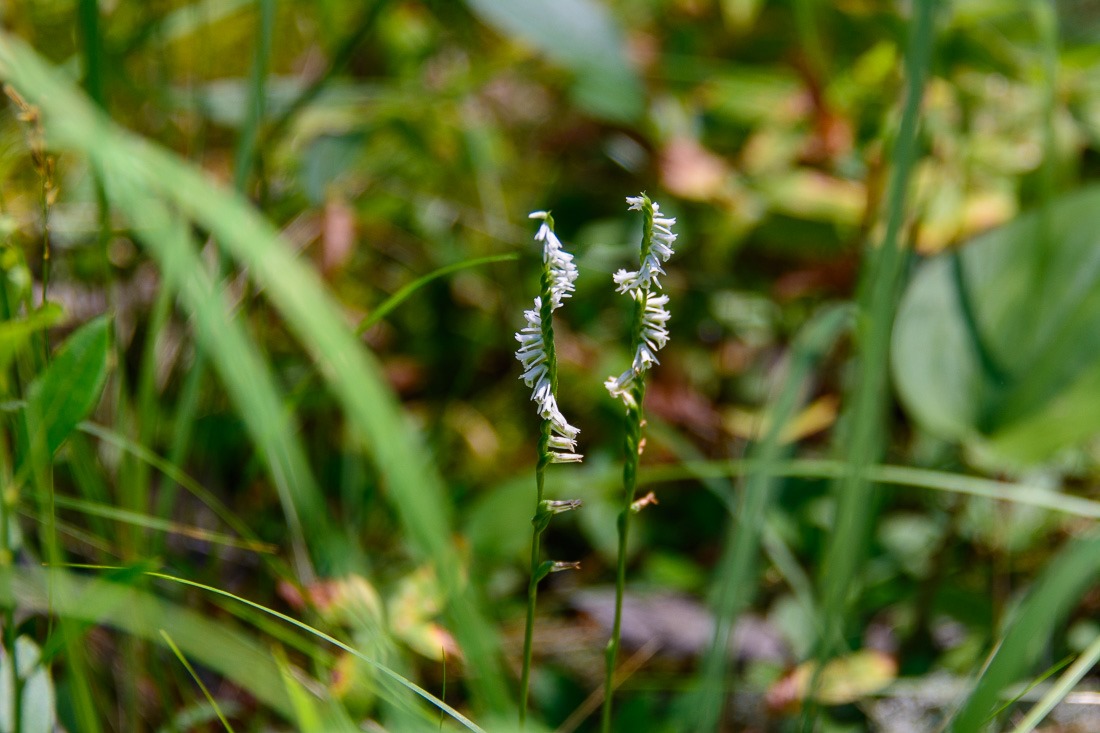 The idea of posting about flowers (or weeds) makes me nervous. Mostly because I like to know what I am talking about. Some people might disagree with that statement, but that’s their own opinion…

. So I had to enlist some help in identifying the plants and flowers here. Among those people is Nature Ninja, showing a friend and me some rare orchids in southern Manitoba. Thanks for showing us those rare orchids! The above Slender Ladies’ Tresses are uncommon in Manitoba. 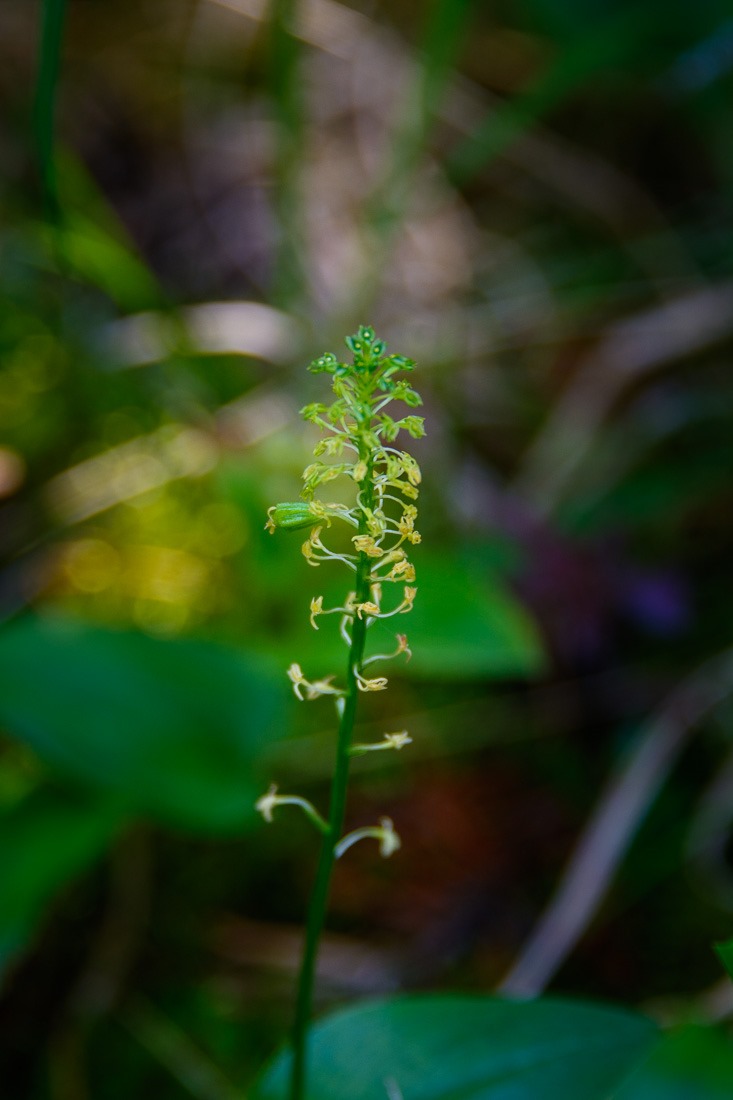 Some of those orchids look so incognito that I would have stepped on them even before seeing them. On top of that, they are rare in Manitoba. Better have a guide. The above Green Adder’s Mouth is rare in Manitoba, yet we found a fairly large patch of them. Don’t ask me where exactly, though, I won’t tell. By the way… Who invents those names for orchids anyway? 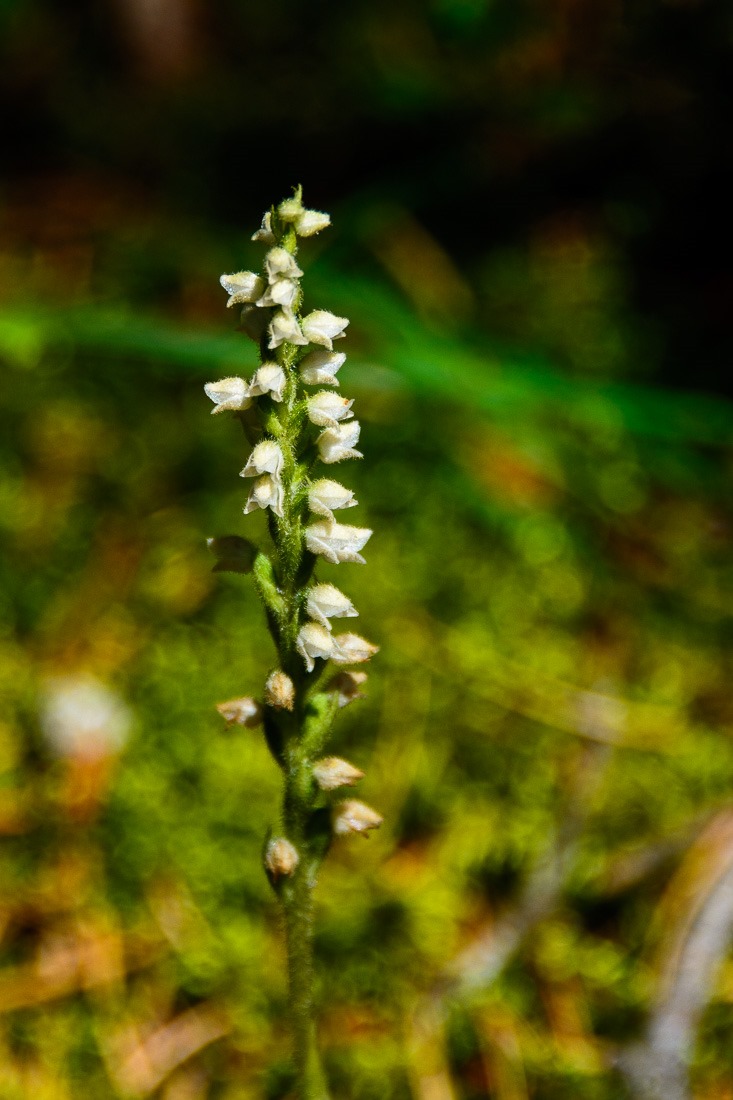 Take this Checkered Rattlesnake Orchid, for example. Since when do rattlesnakes play checkers and why is an orchid named after a snake? It just makes no sense to me. Not today and not back when I was in school. Plant names and animal names got all mixed up in my head. Mostly at the times of quizzes and exams. Now you would say that these are just the common names and that the scientific name would make more sense. Goodyera Tesselata, anyone? Goodyear’s Tiles, huh? 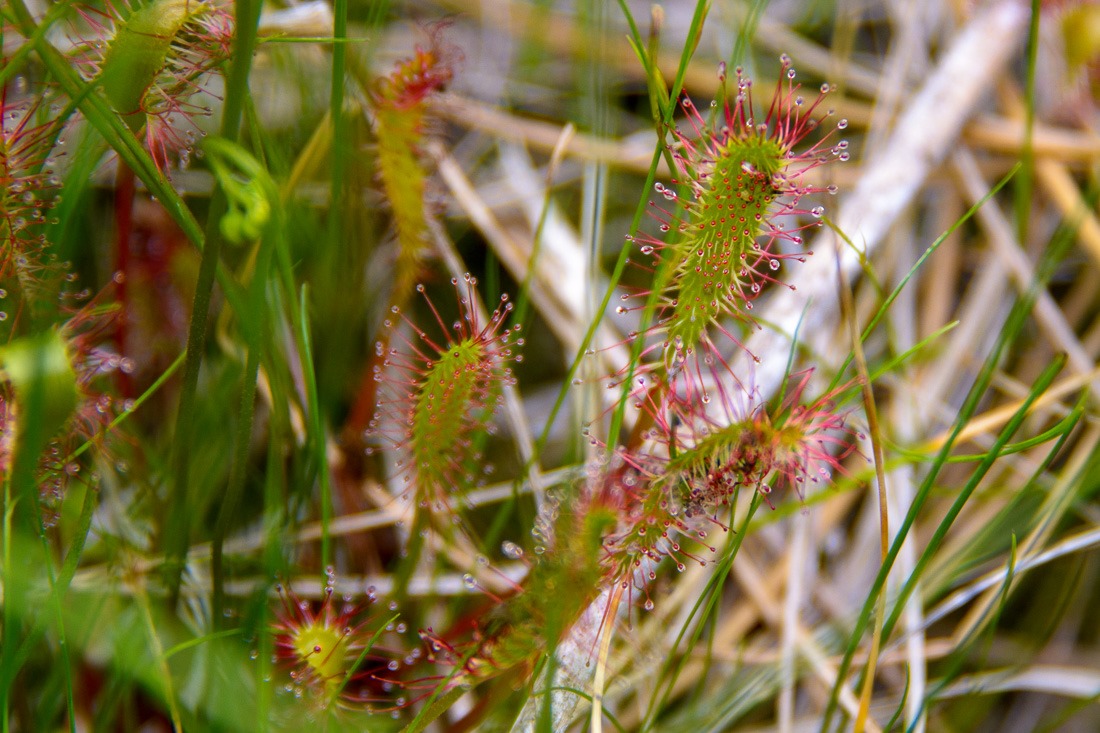 Some plants are in my good book forever. This Round-Leafed Sundew, for example. A voracious appetite for mosquitoes, it seems.Their sticky, sweet liquid on the end of their “tentacles” attracts mosquitoes and flies alike. Once they try to taste this nectar, they’re doomed. Good for the plant, good for us, bad for the insect. 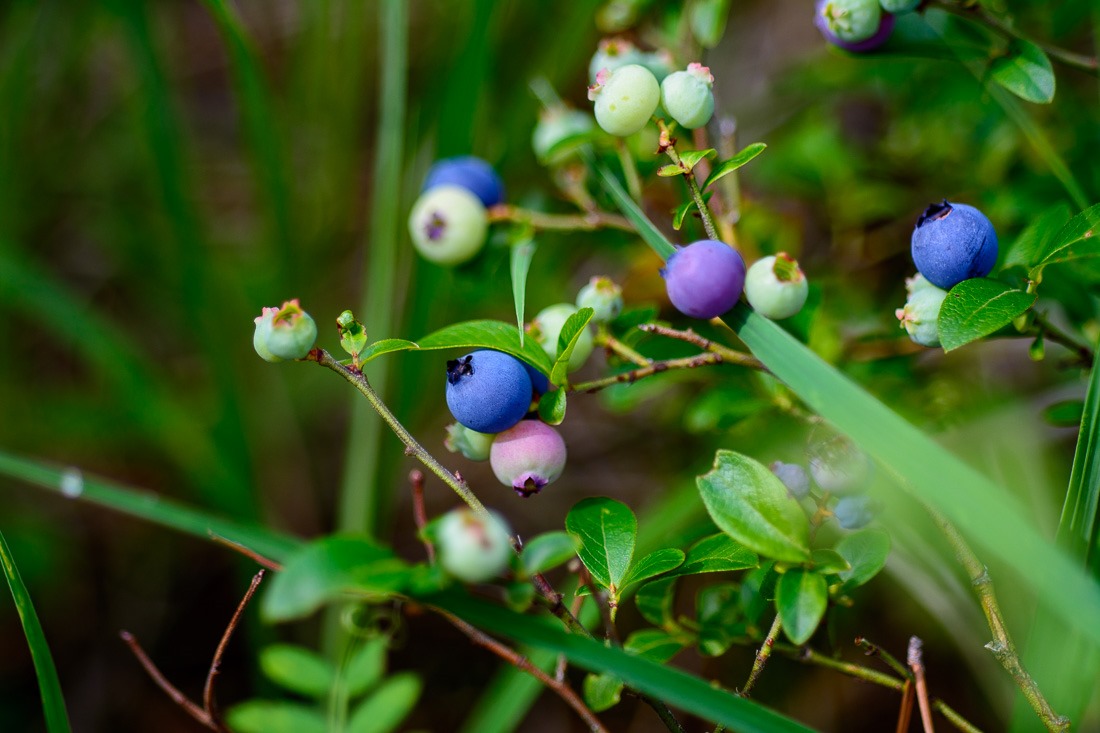 But is there nothing for humans to eat in there? Yes, there is. This Lowbush Blueberry, for example. Lowbush blueberries (Vaccinium angustifolium) are often harvested in the wild, where they are found growing in sandy forest clearings and meadows and near the edges of bogs. Read more here on how to grow your own. These were visibly not yet ripe for consumption, but are supposed to be sweeter than the domestic variety we buy in the stores.

Hunting for flora, more like stumbling on it in my case. I just love all the colours and sometimes tastes. Yet I have no idea what is what, even if the names have been spelled out for me a thousand times. That’s why I like to go out for these accompanied by people who know. Oh, and it also avoids tasting something that would knock me out.