Summer is back. And with it, the summer skies that some will chase to the end of the world. Or at least until the end of the night… Lately we have been treated to the first dramatic skies of the season. A series of storms passing close by over south-east Manitoba.

As is often the case, the best way to get a view of those skies is to not be underneath them.

A few years ago, a bad turn in the wrong direction led us to be underneath a terrible storm. Later it was thought (not reported) to have a tornado hidden inside. The rain coming down didn’t go down much, it was horizontal across the windshield of the rocking car.

Taking pictures of dramatic skies looks easy as long as you have a wide angle lens. Yet the fact of having one doesn’t mean you get the complete sense of being overwhelmed into that picture. So to show a little more of the storm systems I have come across, I decided to present some panorama shots here, stitched together from multiple wide-angle shots. The above shot was when I was still a rookie and shot wide panoramas in horizontal (landscape) mode. 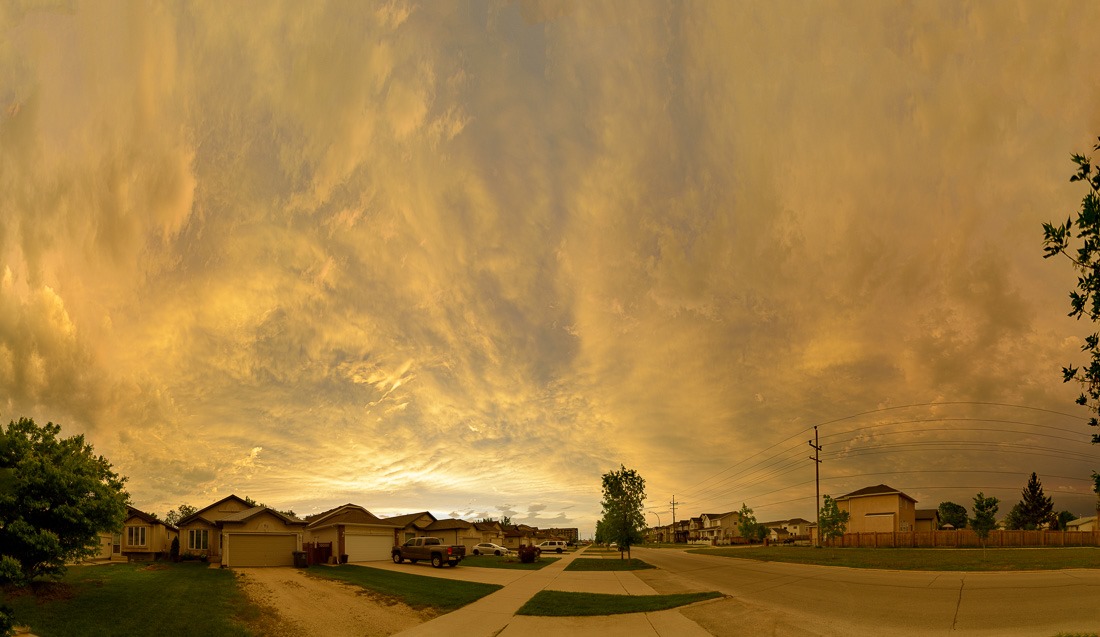 Shooting the same in a vertical position and stitching  more pictures together will result in a much wider shot, with a lot more details. Since that first shot, I have made progress in taking (good) panoramas. So far, the best panoramas I have shot are from skies and mountain ranges.

The mountain ranges were shot on film, so only the skies remain to be presented. The closest I have to a mountain range nowadays is a shot of some quarries, just east of Winnipeg. There they are digging away eskers that have existed since the last ice age, some 9,000 years ago. That was the time that this place was still covered in 4km of solid ice. 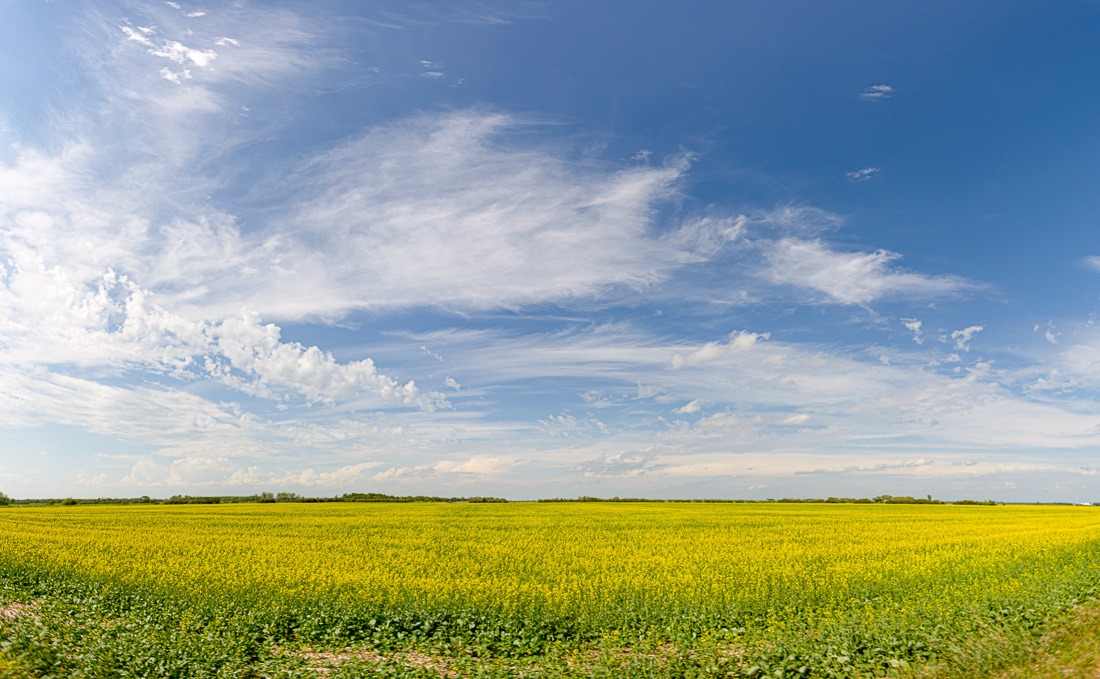 Photographing a sky is one thing, but you also need some point of interest. A bleak sky will never be enough. Soon the Rapeseed or Canola as we call it in Canada will bloom again. The bright yellow fields will be a favourite target for photographers.

When the skies are nice and friendly, the foreground landscape usually takes the cake. But when the sky becomes menacing, the foreground retreats into the background, so to speak. The above shot was taken only a few days ago over Winnipeg. Before, I noticed the sky getting darker and darker, then started hoping for a nice storm shot or two. Until now, that hasn’t given me much success. So this time I checked my radar on my phone and decided to be out of the way of the storm. 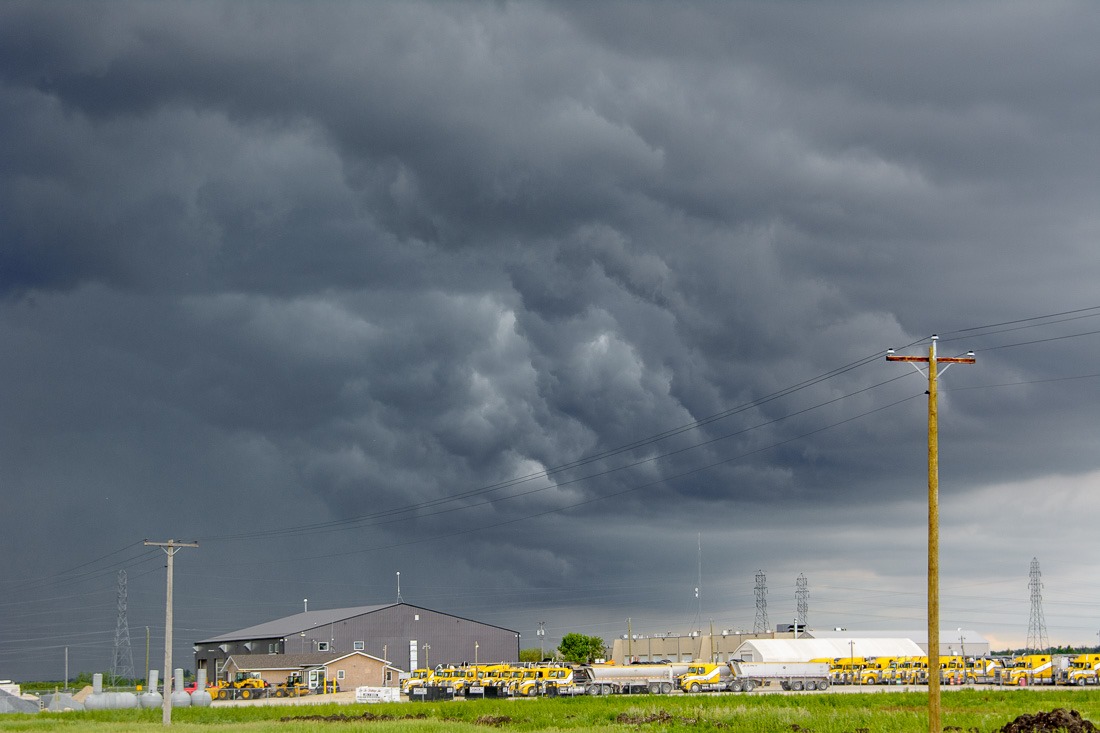 No wrong right turns this time. Constantly keeping an eye on the clouds building up in the sky. When the sky from the previous shot moved along, it got closer and closer. The system was quite powerful, yet no tornado was reported inside of it. Reports of electrical failure were plentiful. Here is the front end of the system moving over a local trucking company.

I went home after this, I was not willing to risk my car in possible hail and damage it. I also was all alone, which in terms of safety a big no-no for chasing storms. Once the storms had moved away, a nice gift of Mammatus clouds was left for everyone to admire. Funny enough, whenever I make people look at those clouds it is as if they are seeing these for the first time in their lives.