How to become paranoid

Sometimes we think that nobody knows what we are doing. And we like to keep it that way. Has it occurred to you that some “people” always seem to know where you are? Take a look at these maps in provincial parks, here in Manitoba. Whenever you look at a map, “they” always seem to know where you are. So then you check on your GPS, and yes, for sure they are right… They even put it on the map: “You are here”… 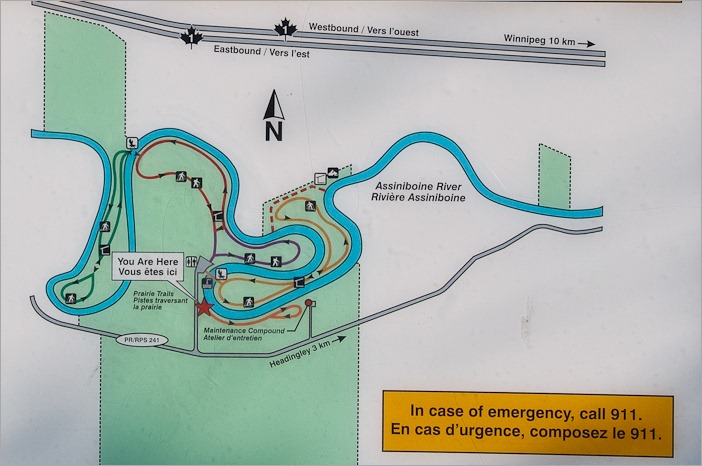 Getting that paranoia feeling?

Even worse, they seem to acknowledge the fact that it may disturb you and they even add a message that you may call “911” if this seems too much…

Ok, enough of this paranoia. The point is that in the parks here in Canada there are so many ways to have a good time, you nearly need all that time to choose what you really like.

I always come to a park with an idea in mind. Like I already said a few posts ago, I like food. So I try to find parks where you can have a little cookout on a fire pit in all tranquility. 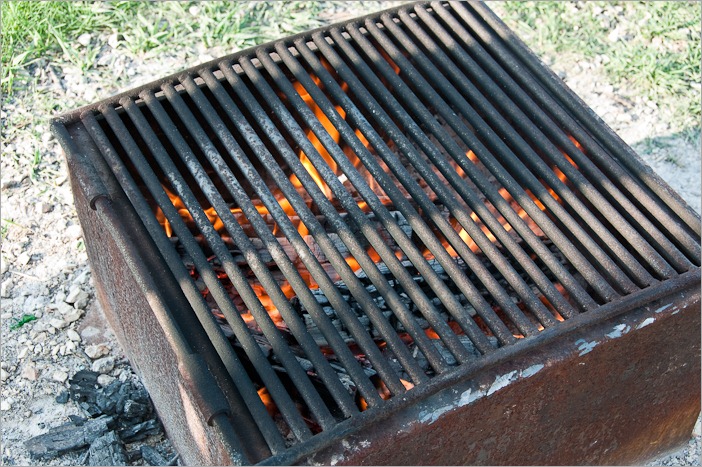 Making fire must be a safe thing to do, without the risk of burning up the rest of the park while you’re at it. These fire pits are put there by the park wardens and you’re suppose to use them. If you don’t, you may be in for some trouble. 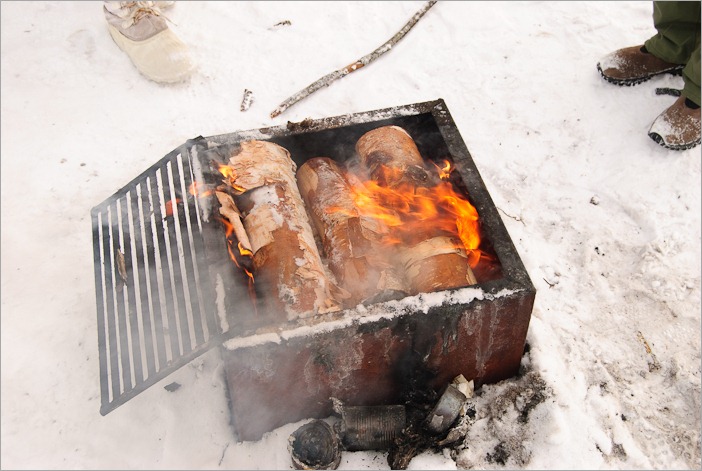 Of course in Canada we understand that everybody knows how to grill on a sunny day. So we push the limits by grilling by –16C. Try to do that elsewhere!

The parks are well kept. I have visited many of them already and am planning to visit more. At first I though: “A park!” thinking of the kind of parks you can find in Holland or in France. Those are definitely no places to go and barbecue something. Here on the other hand, everything is made for it.

But not only barbecue… Lots of other activities are possible in the parks here. 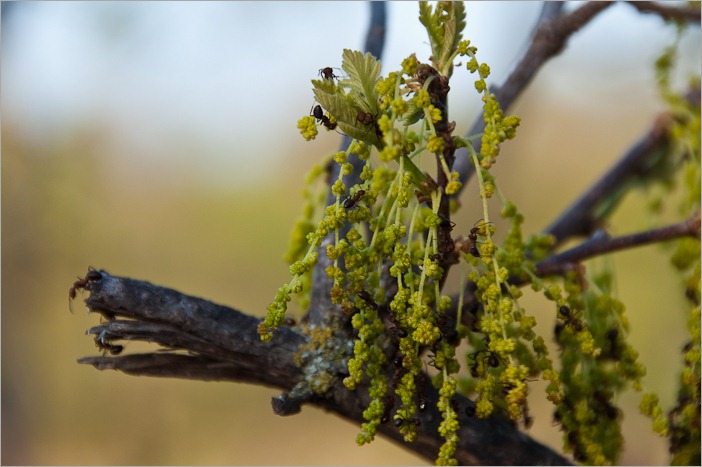 Observing nature is one of the first things we need to do in a park. Like they say on the maps: “Take only pictures and leave only footsteps.” Great idea, certainly for the pictures. 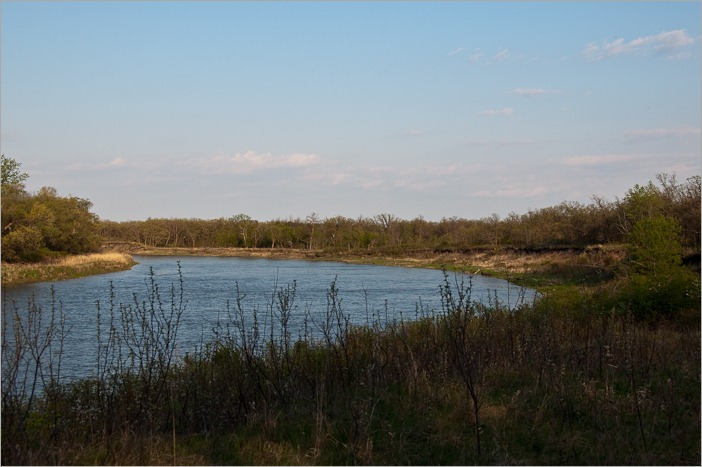 The Assiniboine at Beaudry Park

Of course I take lots of pictures, some even interesting. A view of a river bend is always pleasing, certainly during the golden hours, just before sunset. I still have to get myself to get up early enough for the first golden hours of the day. 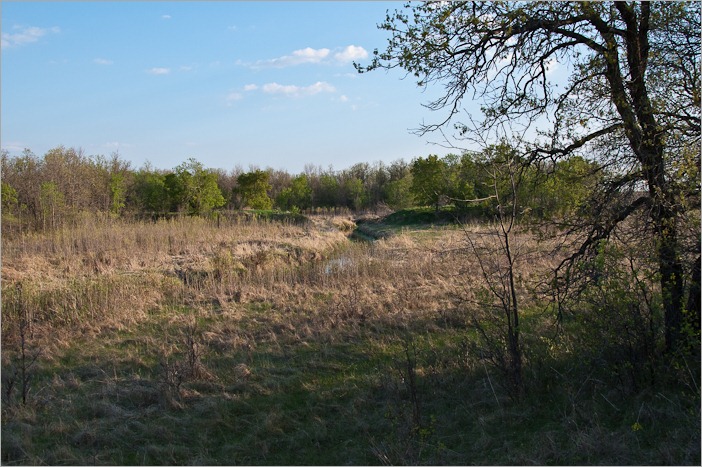 A Ukrainian view, but in Canada

Some views look familiar and you may think that you have travelled much further than you have done in reality. Some landscapes really make me think of Ukraine, here in Manitoba.

But then, a few steps further, things change radically. A beaver dam, not one that delivers electricity. I didn’t spot the occupant unfortunately. One of these days I’ll have to go there and wait for him/her to show up. Beavers are very shy animals and can stay underwater for sometimes 20 minutes. 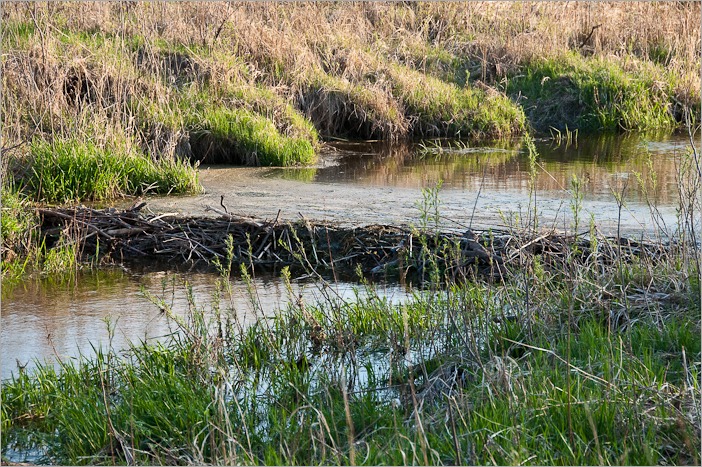 No electricity from this dam

The golden hours are great for taking pictures, but they have one basic flaw.

They tend to end in darkness. Happily just before that darkness there are still some nice sunsets to get. This one is an HDR picture, sunsets are notorious for messing up your camera’s metering system. HDR is then a fairly good remedy. 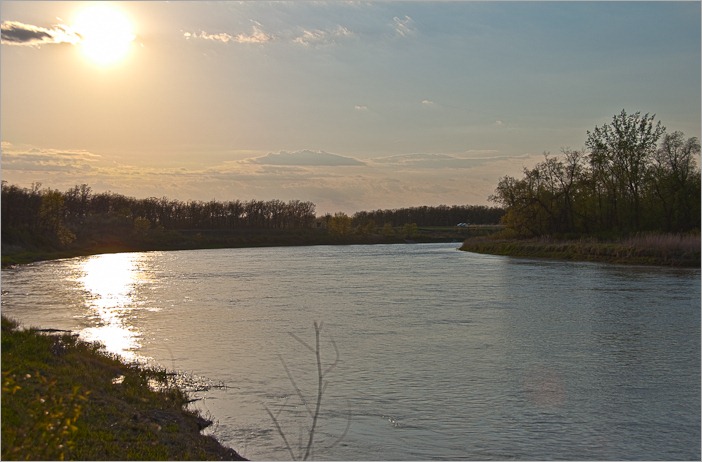 I’m surprised I didn’t get more lens flare in this picture. As you can see it is shot nearly straight into the sun. Another inconvenience of HDR is that, once nicely done, the pictures still seem to be a bit “flat”. I guess that’s the nature of the system. 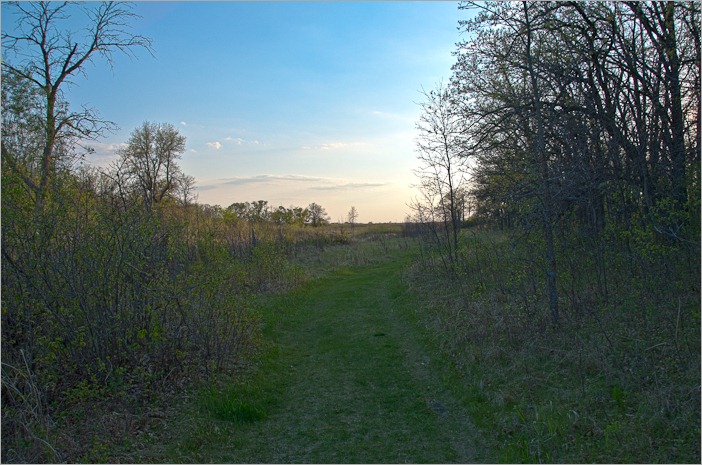 Another of these “flashbacks” to the Ukrainian nature.

By the end of the day, and some food later, we got back to the car and went home. It’s difficult to believe that this little piece of paradise (eh, park) is located not even 10km from Winnipeg, largest city in Manitoba and one of the larger cities in Canada.

I guess that the plans and maps they put in the parks for our convenience are there for people who have some difficulties with orientation. In any way, I have no paranoiac feelings about the plans, they know where I am, ok. Good for them, but with my GPS, I also know where *I* am and that seems to me a lot more helpful.