Photography comes with its unwritten rules. Break them and you’re in the doghouse forever. Or you become a famous artist. The decision will be made by the multitudes on Social Media. Unless you have a very effective marketing team at your service, then you can do whatever you want and everybody only admires your millions in sales. 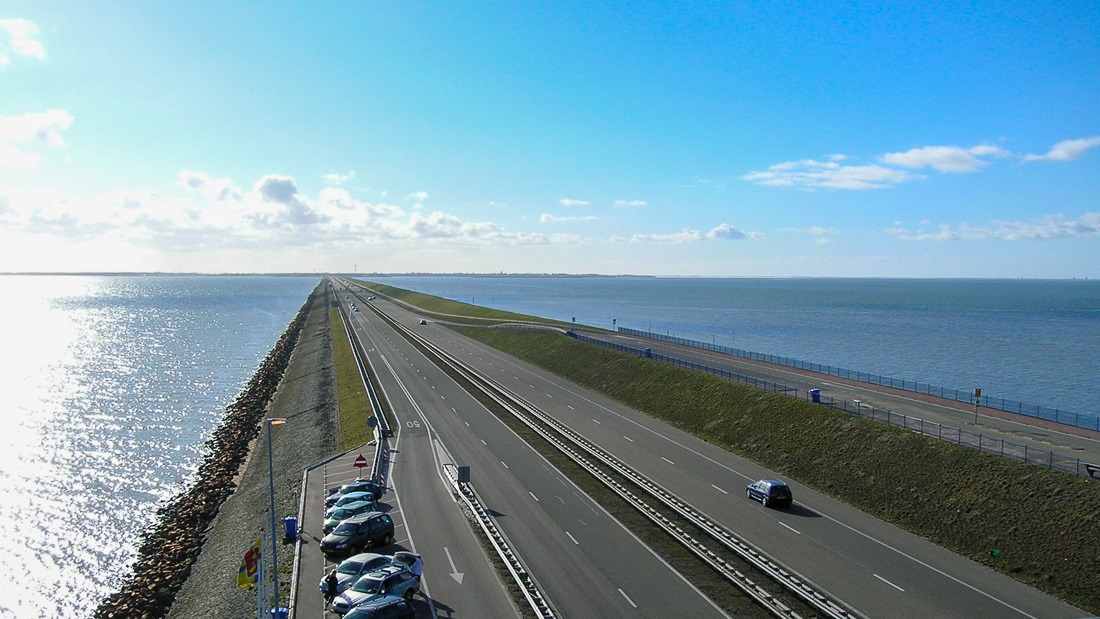 One of those rules is about the “S'” curve in your picture. Apparently it cannot be a good picture if there is no curve in it. So the lead picture here can never be good.

Then you have the rule of thirds, without them, no picture could ever win a prize anywhere. It may be true… I have plenty of pictures that do not adhere to the rule of thirds and I have never won any prizes for my photography. Not even in the local photo clubs. 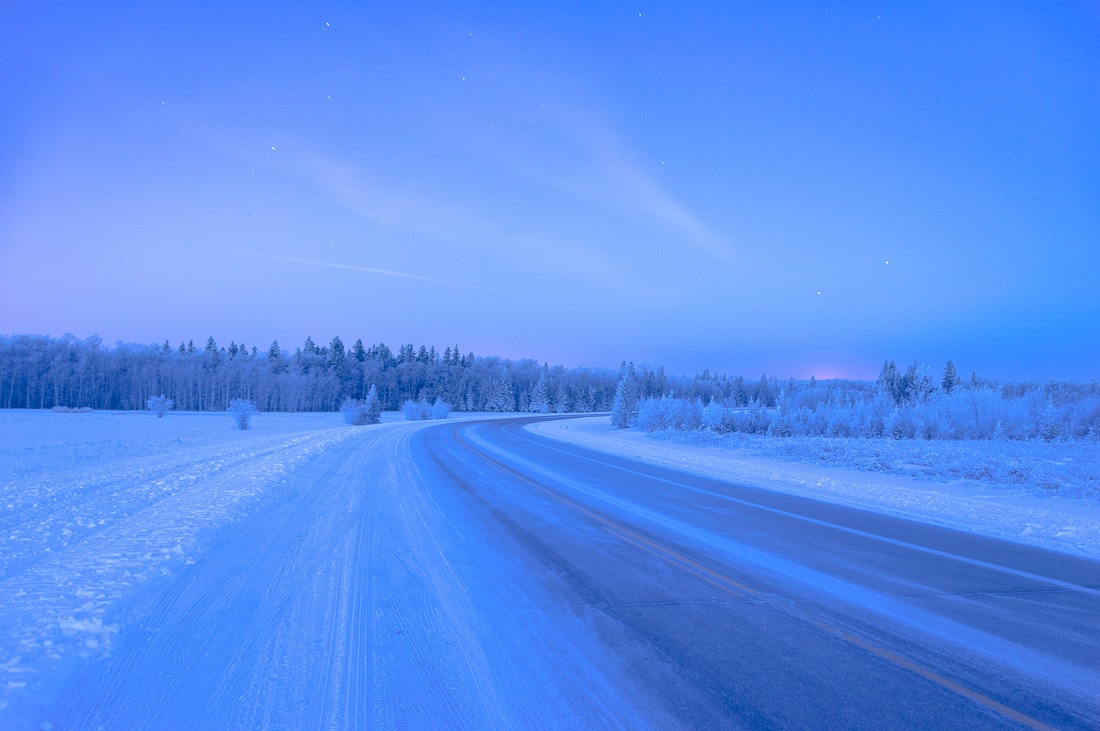 Perhaps I should submit some of my pictures first, that might help. The above shot was during the “Blue hour” in the morning. No colour processing was applied to this shot, that’s how amazing that morning was. The curve in the road was what attracted me to the scene. It’s not an “s”-curve, though. 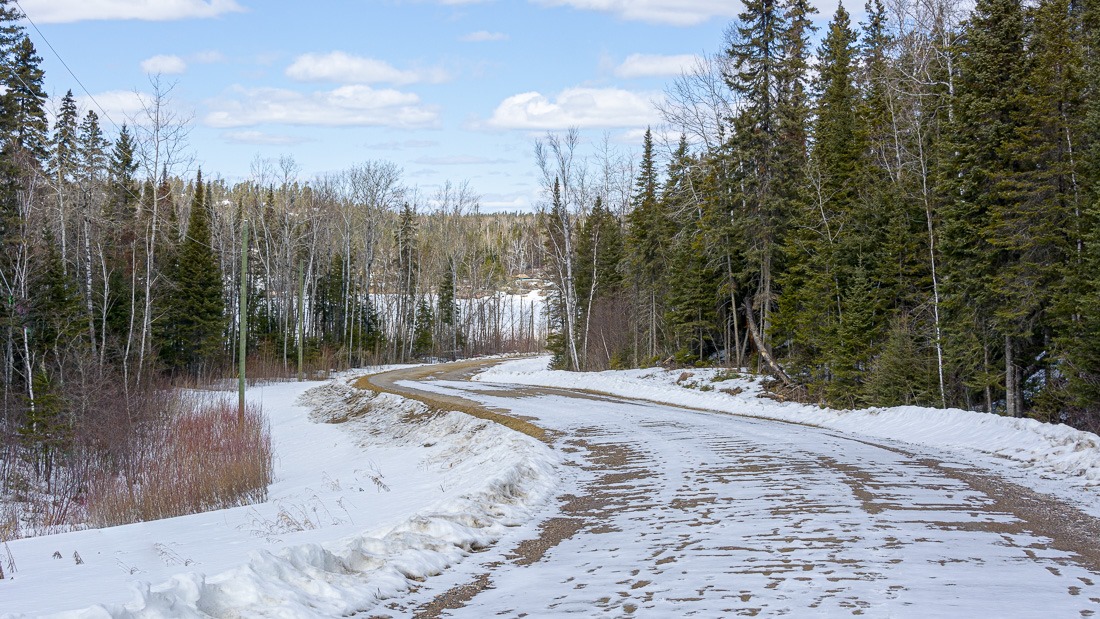 Once I did catch an “S”-curve, albeit a fleeting one. I guess I am not good in shooting according to the rules. And yet, I try. When cropping out the edges, sometime I try to set the subject on one of those “thirds lines”. More often than not, I start to dislike the picture from that moment on. 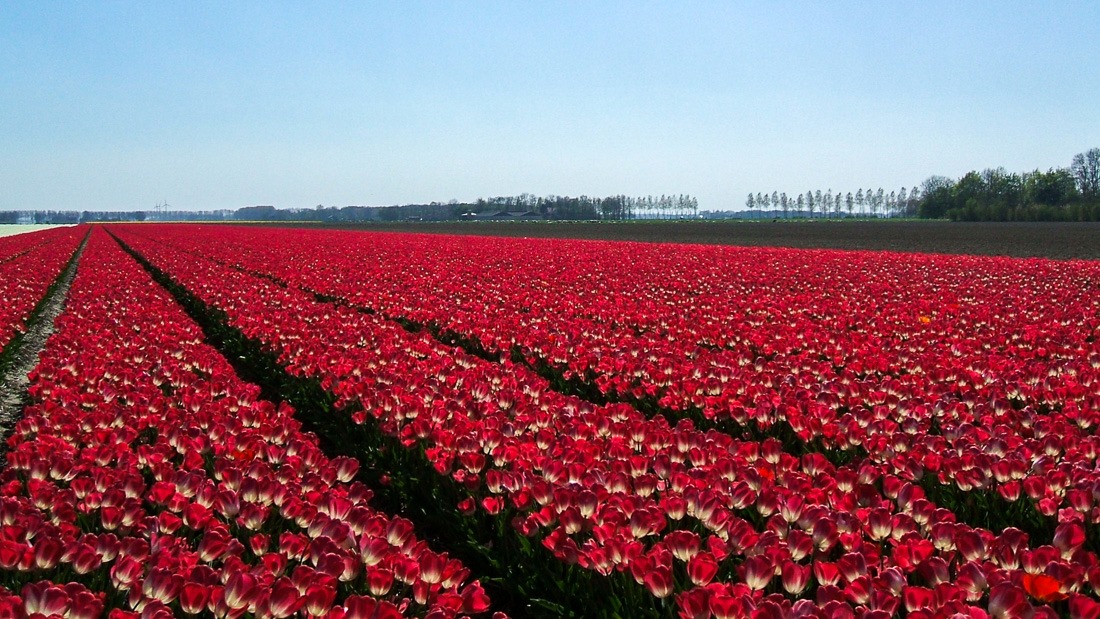 I guess I am simply not made to follow any rules. Horizons smack in the middle of a shot, subjects in the center… I don’t know how many rules I break in a day of shooting anything. I guess it still stems from my early days of shooting with a film camera. They only focused in the centre of the picture and only metered in that same centre. Move the camera and everything was kind of “off”. So most of my pictures had the subject in the centre. 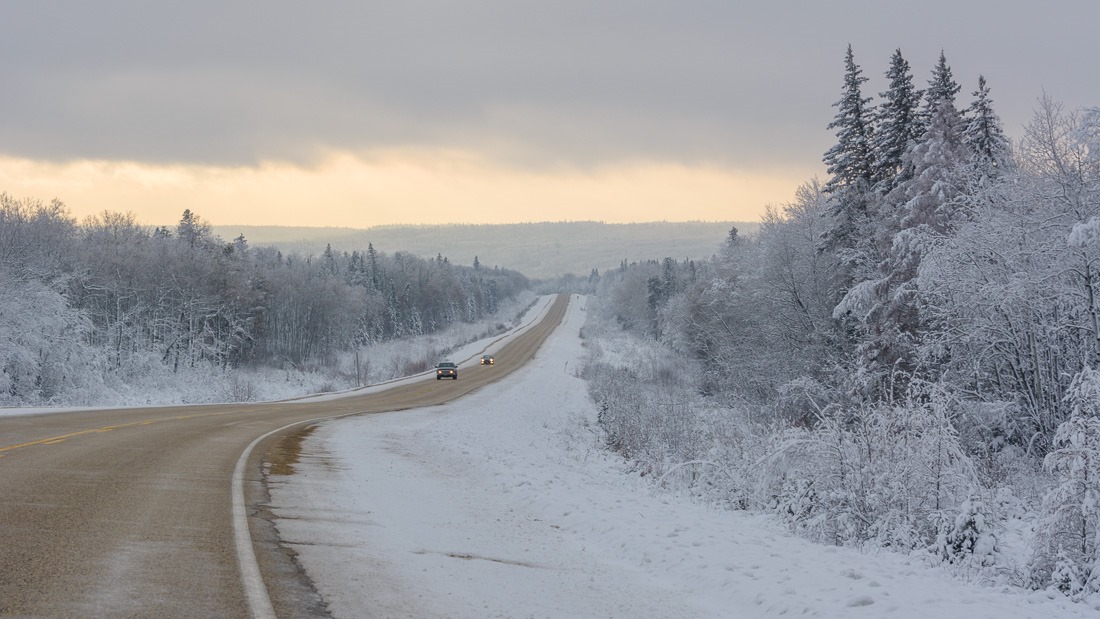 Today, that limitation is gone. I can still shoot smack dab in the centre, but crop the picture in Lightroom later, so not everything is lost. One thing I do like to shoot is perspectives and vanishing points. Roads and railways are my favourites for that. The lines leading into the pictures are what makes them interesting for me. Take that tulip field in Holland in the above picture. Even without roads, this picture leads the eye into it. The Duck Mountains in the snow do the same thing (above). The road leads the eye into the shot, wondering what is behind it. 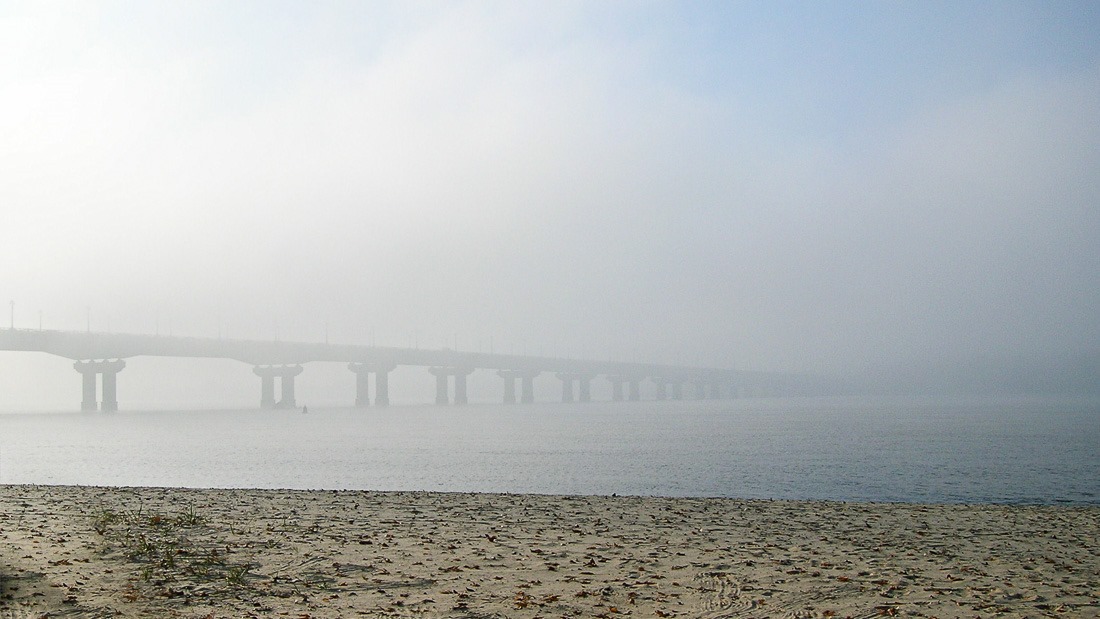 Sometimes, the end of the road has a subject, sometimes… not. The above shot of a bridge leading nowhere is such an example. It leads the eyes to nothing, wondering what could be beyond that fog. It sparks the imagination of what could be there, but is not visible. Yet again, no thirds, golden rule, s-curve of any type in sight. This is obviously a dud in the eyes of any judge. 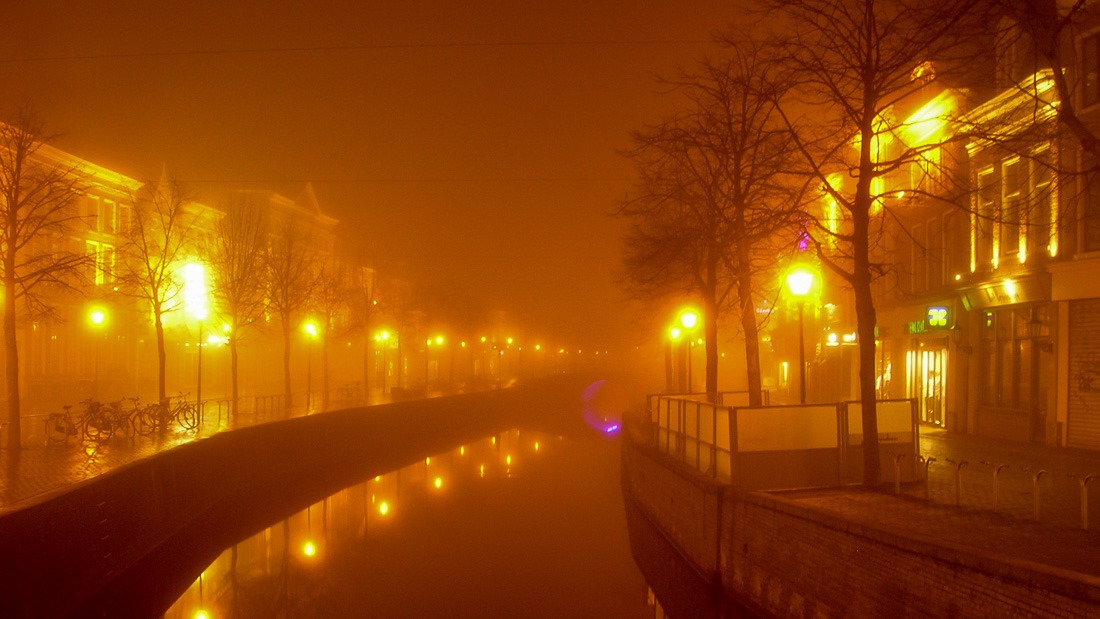 I have to admit that I do crop these pictures to a ratio of 16:9, to make them more pleasing in MY eyes. Some of the shots here are early shots, taken with a 4:3 point and shoot. That camera often added too much foreground or sky to my pictures. Thanks to the crop tool I can have the crop factor I like. Nowadays I like the panoramic view of any sight, so 16:9 is my favourite for now. 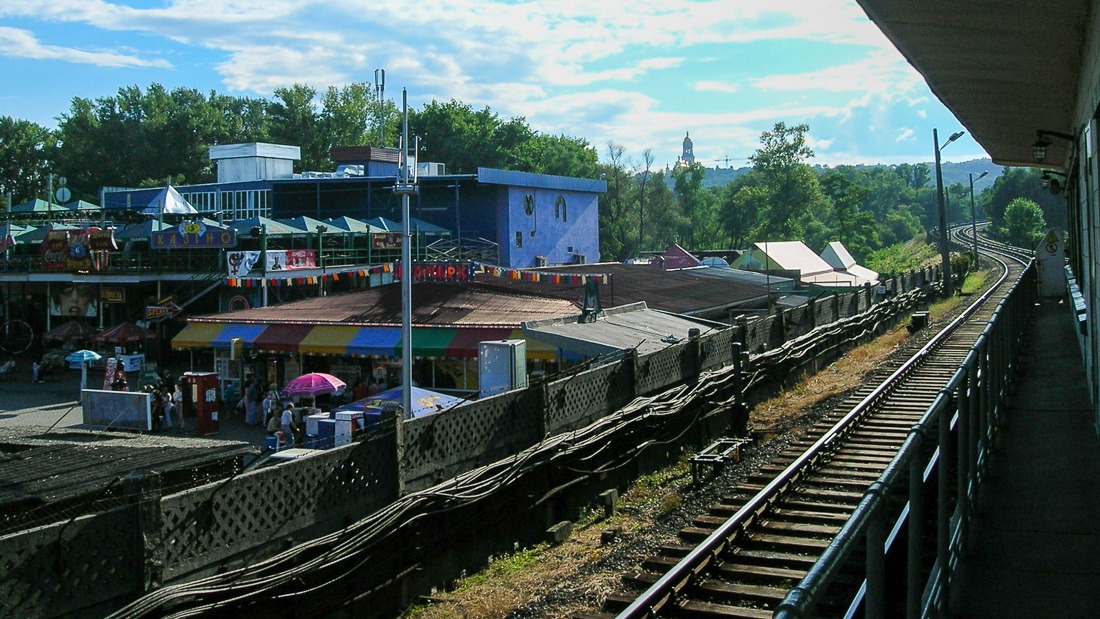 Ok, one for the road. Railroad or metro line in Kyiv, Ukraine. For this shot I ventured to a place where pedestrians were not supposed to go, but all is well that ends well. And I got the shot. On top of that I even got an s-curve in there. So perhaps this one could be submitted to one of those fancy contests. 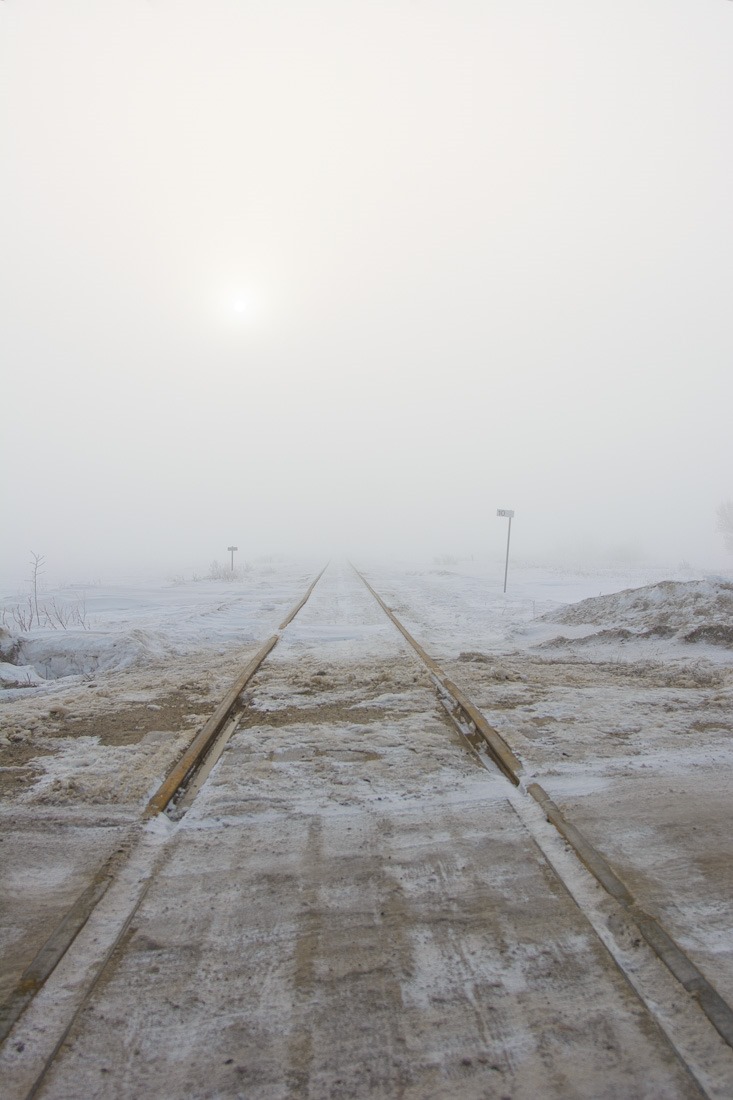 I think I prefer to be on the train that uses this track instead. Not used to oblivion, that’s for sure. The (rail)road less travelled, one could say.

My point for this post is that I love the images I have here, but none really adhere to any of the rules from the photographic community or communities in the world. Rules are meant to be broken, they say. I prefer to do without rules to begin with and keep my mind open to whatever shot presents itself.