It was time. After some ten years without according ourselves a vacation, this year was the exception. Or call it an overflow of everything. A recharge was required. So we put our heads together and decided where to go. From a few friends in my photo group, we had heard a lot of good about Nova Scotia. 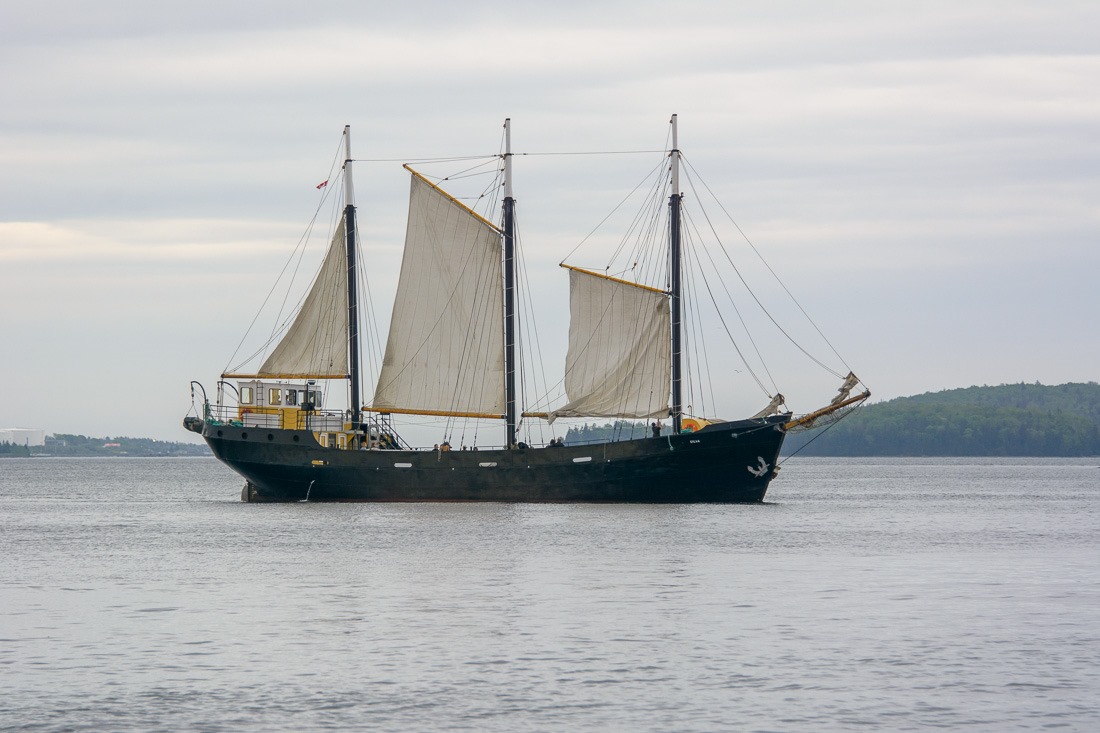 In fact, I had heard it coming up a lot in the last few months and even long before that.

From when I was a kid, I read books about WWII and the North Atlantic battles and merchant runs. Many of the accompanying escorts departed from Halifax, protecting the ships from the U-Boots. I dreamed of seeing this city but never got to it. When I just started out in computing, a nifty little program came in my hands. It allowed spinning your company logo in 3D. This was still in the DOS and Text-Only days, but this little program did everything in graphics. It originated in Halifax… More recently a friend of mine went to Nova Scotia, visiting Peggy’s Cove and other places and again I thought of going there.

One day or another.

Recently another friend invited us to come over and see for ourselves. On top of that, commercials on TV started to promote Nova Scotia. This was the last sign for me indicating that it was indeed time to go and have a look for ourselves. We were not disappointed. We started by taking a plane to Halifax and rent a car from there.

The first stop was Halifax. Walking from the hotel down to the harbour and boardwalk was great. Walking back up after a few drinks in the harbour was a little more strenuous. When we arrived in Halifax, it was raining a little, so we were armed with rain jackets and hiking boots, just to be prepared. Once in the harbour, all rain had stopped and we were getting wet from the inside of the jackets. That never fails. 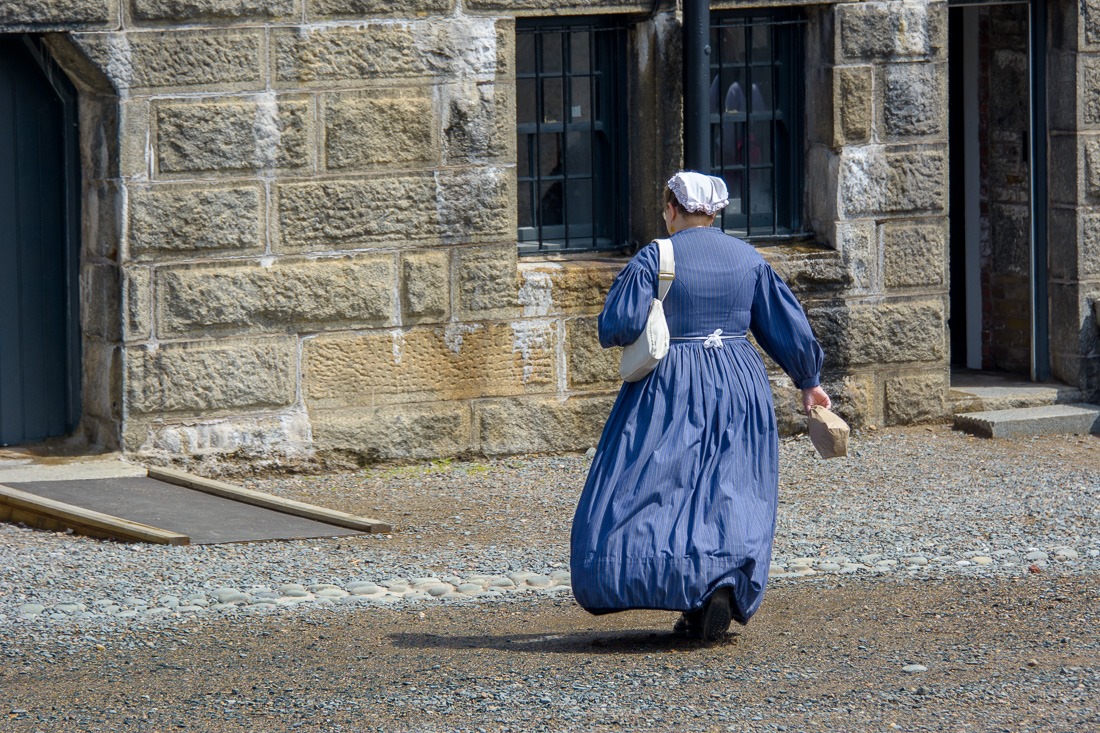 Scene from the Handmaid’s Tale?

The first view of the city was of the old citadel. Built in a time when cannon balls flew a mile at most and armour-piercing ammunition had not even been thought of. The Halifax Citadel was mainly built to protect the harbour from any enemy. Mostly from the land side, not so much from the sea. As it turned out over time, the Citadel of Halifax never fired a cannon in anger. By the time the citadel was no longer a viable defence artifact, it was “abandoned” and scooped up by Parks Canada. Parks Canada is showing the citadel to any willing visitor, with dressed volunteers (dressed for the time period, that is) from May till September. 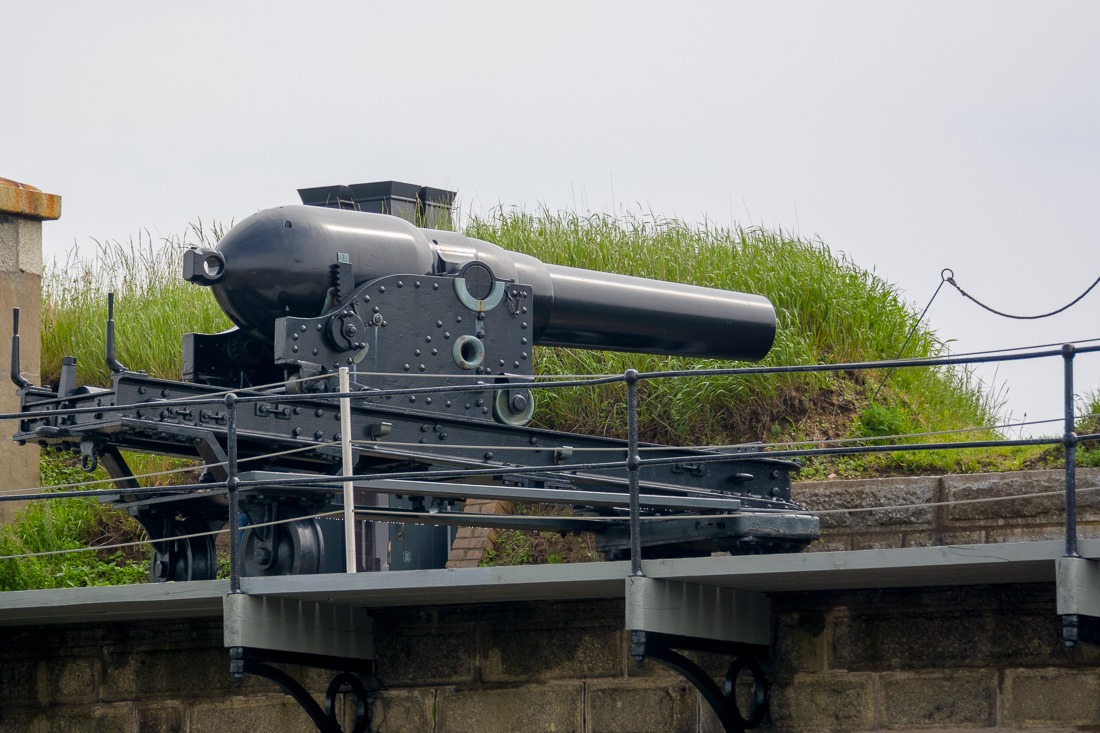 The interior of the citadel is a treasure trove of old stuff for photographers. Add in the volunteers in costume and you can spend days there without ever getting bored. Should the latter ever happen, you can get guided tours that provide you with even more information. Like… one of the cannons is fired every day at noon. If you want to witness that, be there before noon and you get the show. Rain or shine. And no, that is not the cannon shown in the above 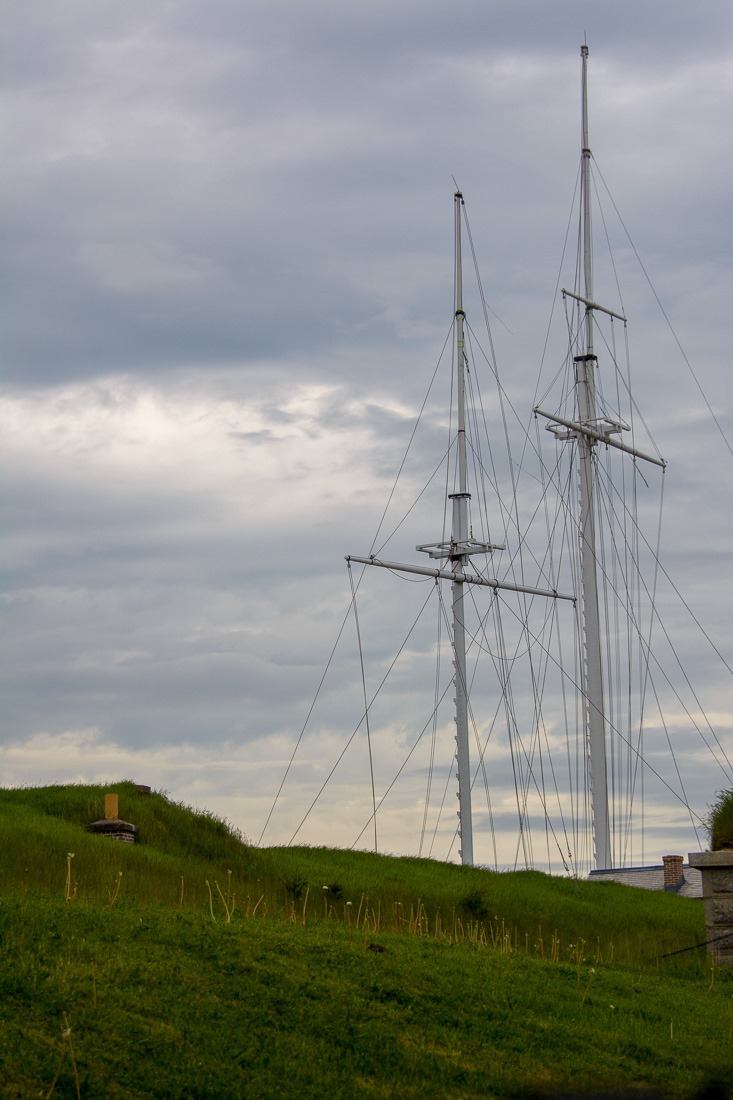 One of the things that attracted me from the start were these masts of tall ships. As it turns out, these have never sailed on a ship. They were used for signalling instead. I guess I was not the first one to have been fooled by them. At least, I hope not… 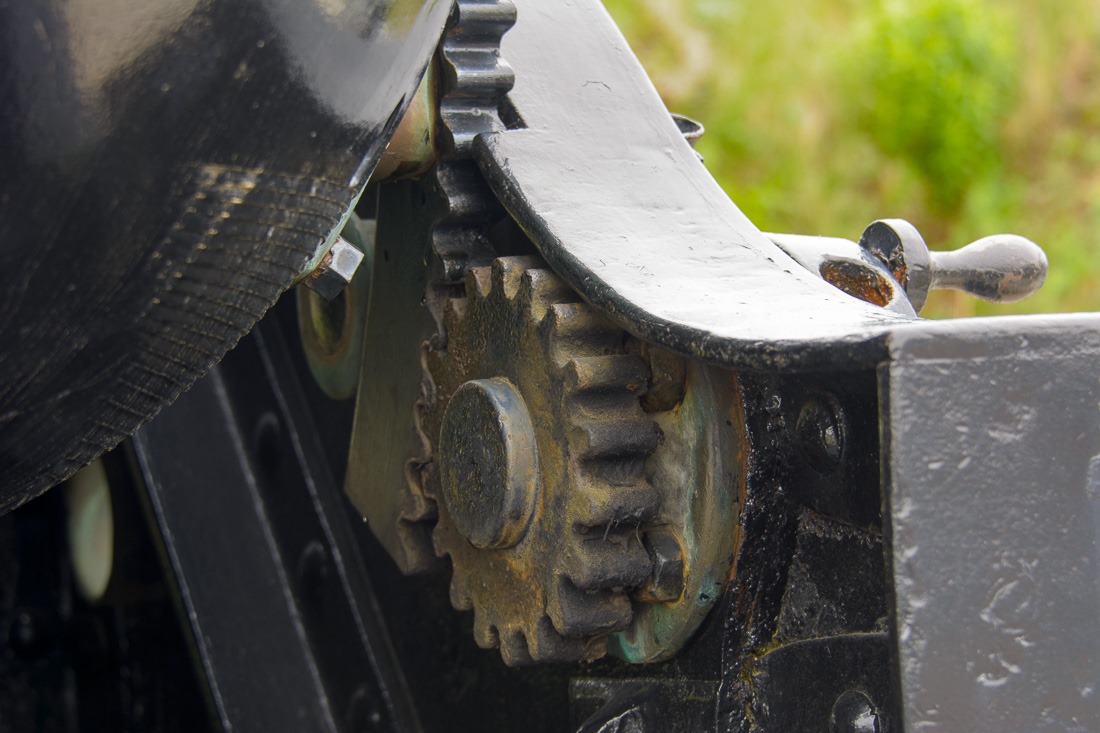 After the citadel, we went for a bite in the harbour around the famous boardwalk. A stark reminder of the role of Halifax in both world wars is there. At first, I was wondering why someone had carved boot prints in the wood, but they were part of a monument instead. The steps of those who went, but never returned. Lest we forget. 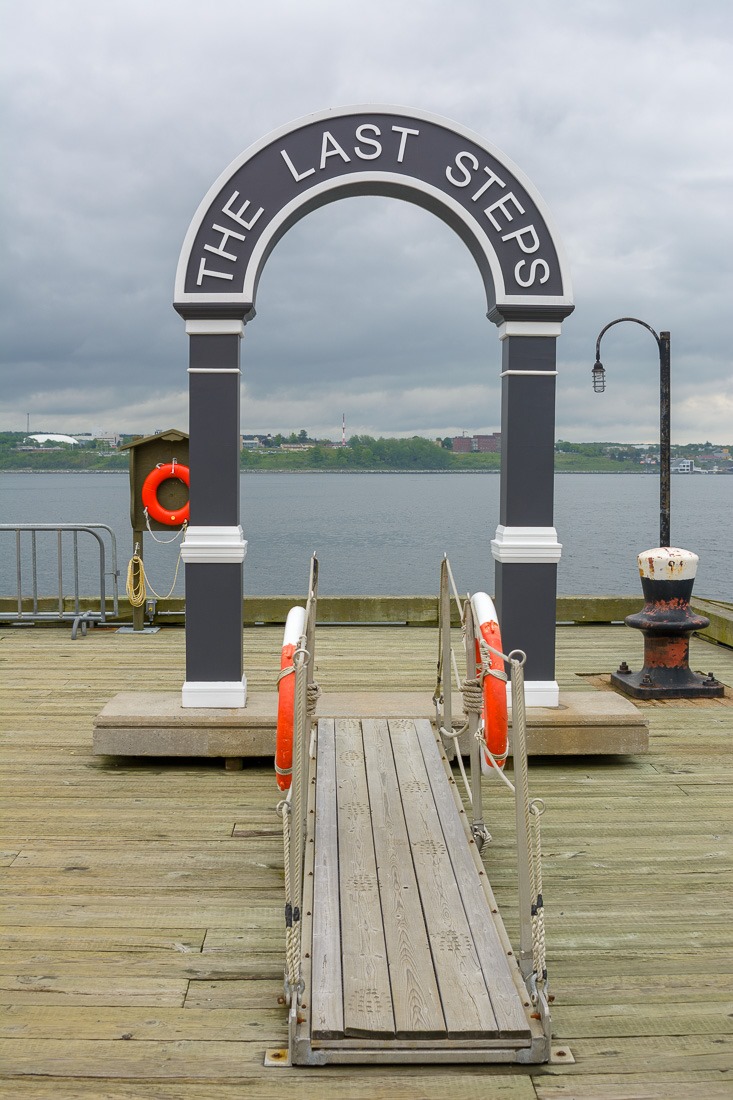 The boardwalk is another place where there is lots to see and photograph. If you are like me, you will be looking at all kinds of details, sometimes without even looking at the bigger picture. I know, I shouldn’t be doing that, but hey, I was on vacation, not on assignment. 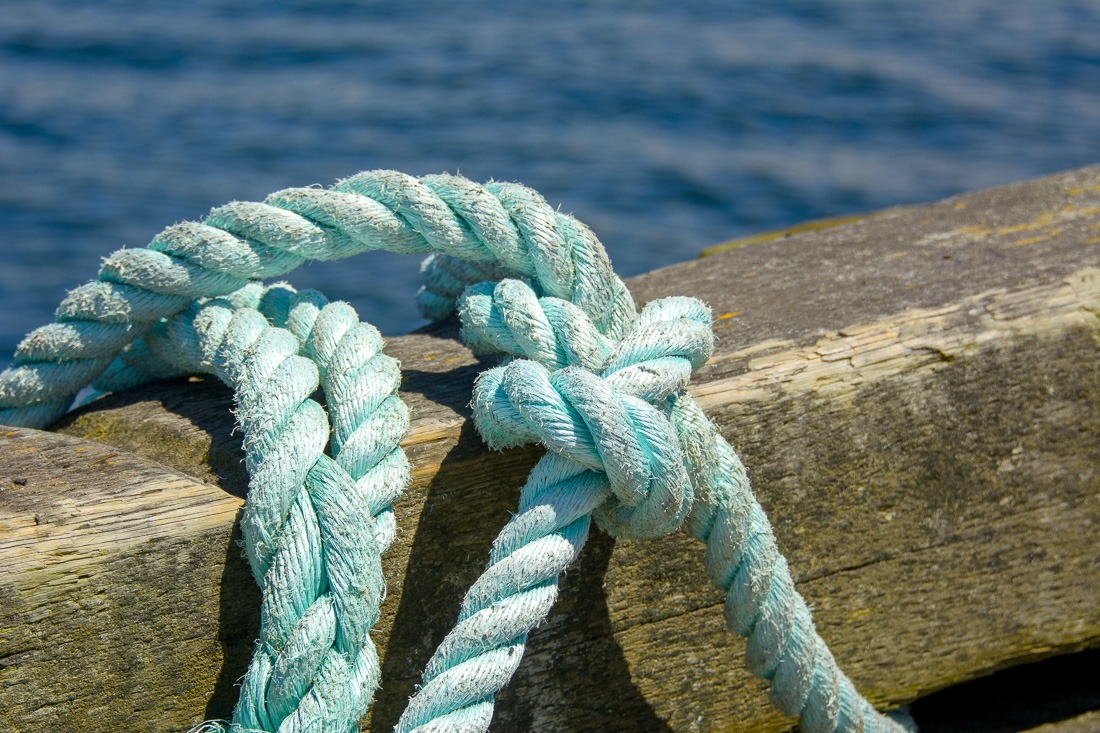 The knot was tied, or not?

Then it was back up to the hotel in the city centre. Quite the climb after a few glasses of […] 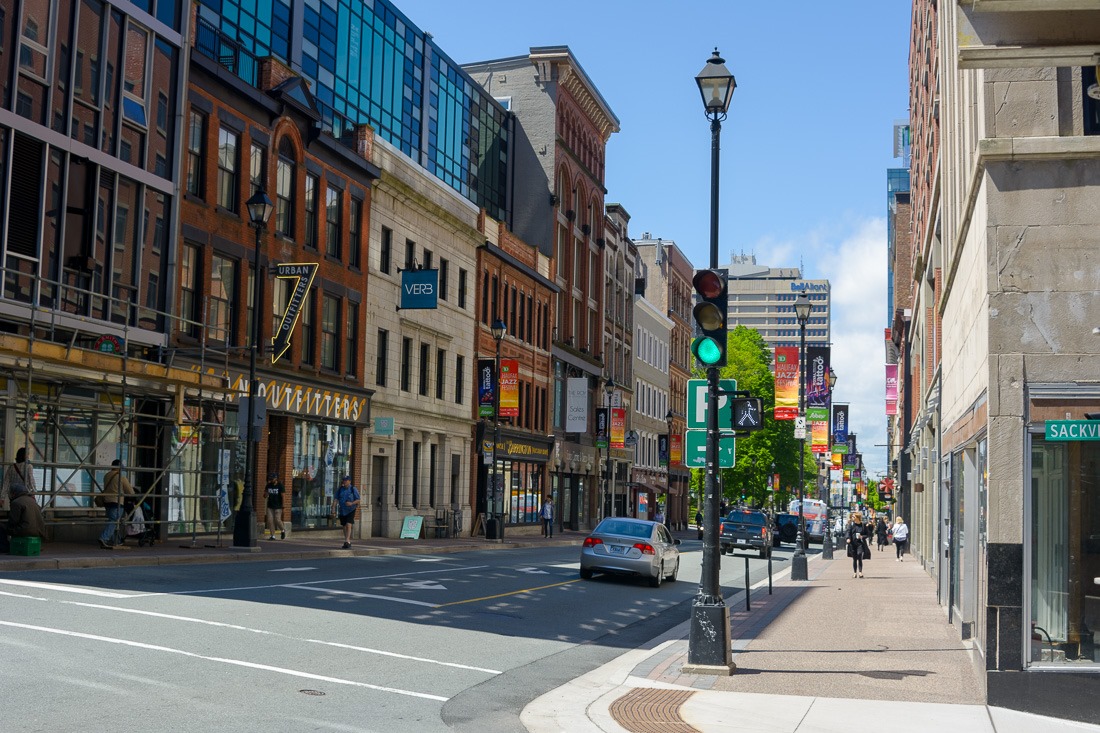 Old and new in harmony

As you can see, there is a kind of a “slope” to this part of town. The city is a marvelous mix of old and new, without breaking or dilapidating the old. We would go back there in a heartbeat, that is for sure. In a way, seeing and visiting that old part of town and its buildings rejuvenates the soul. At least mine.