It seems like the holy grail of bird shots is to get them in flight. In flight shows them off in all their glory and grace in the air. Right? Well, getting them in flight is more work than it seems. Lately, a person close to me went out for the first time with a camera. Having seen me with my camera getting all kinds of shots, it seemed only logical that she would also get the shots. 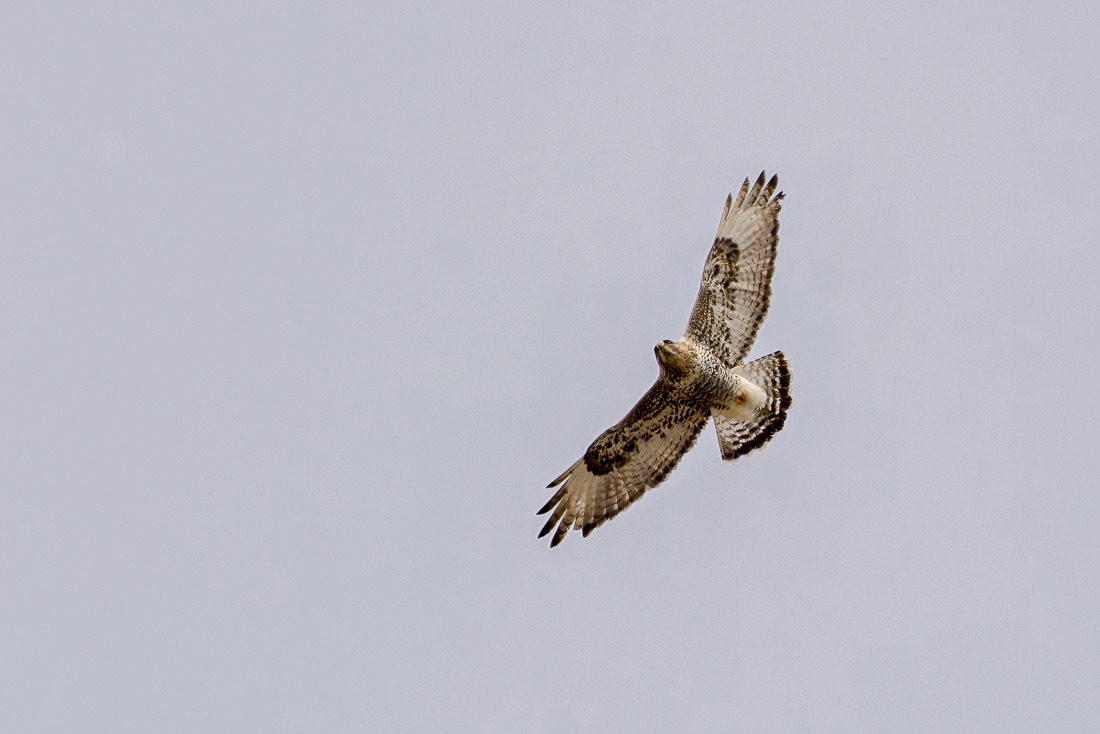 So she went on vacation and shot away. She came back with hundreds of pictures, with most of them either blurry, very blurry or with missed focus. I have to admit that this was a point and shoot that had worked for me plenty of years and was never a disappointment.

So shooting anything should be easy. Upon her return, it turned out that it was… not so much. Even easy to use cameras need practice before getting useful. 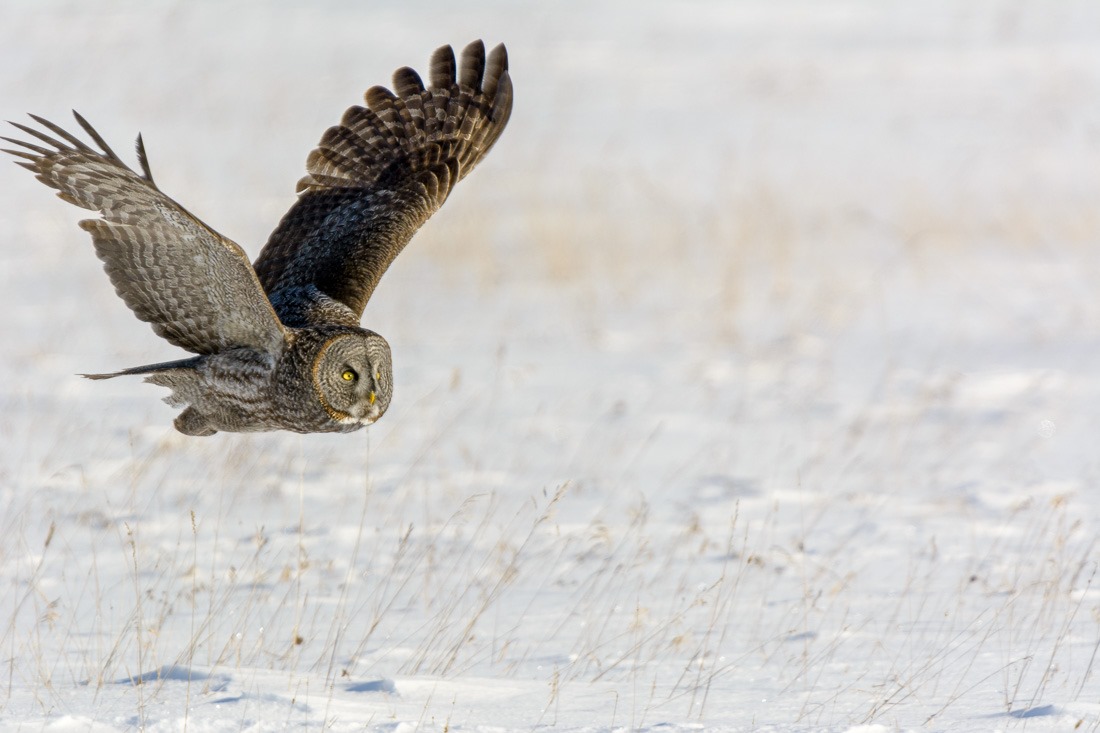 It is the same for birds in flight. Birds in flight have one terrible habit in common: they all change course in the blink of an eye. Or better said in the time of a shutter release. Does it matter if the camera is a high end or a beginner’s camera? Probably, but I have my reserve for that. 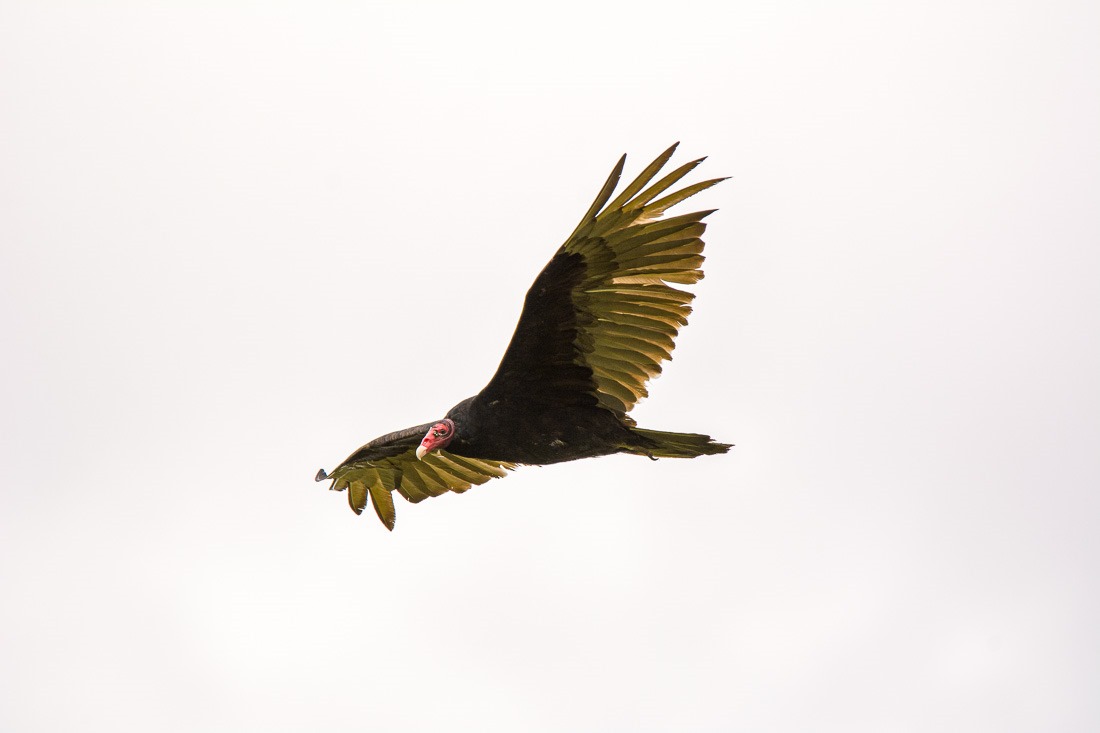 When I started shooting birds in flight, I tried to get them all. Whatever the bird, swallow, sparrow, hawk or pelican, they were all good for my lens. The point and shoot was quickly abandoned as it did not focus fast enough to get what I wanted. My beginner’s camera was a Nikon D40X; a cheap, plastic camera that was at the time at the top of my budget. In other words, perfect. 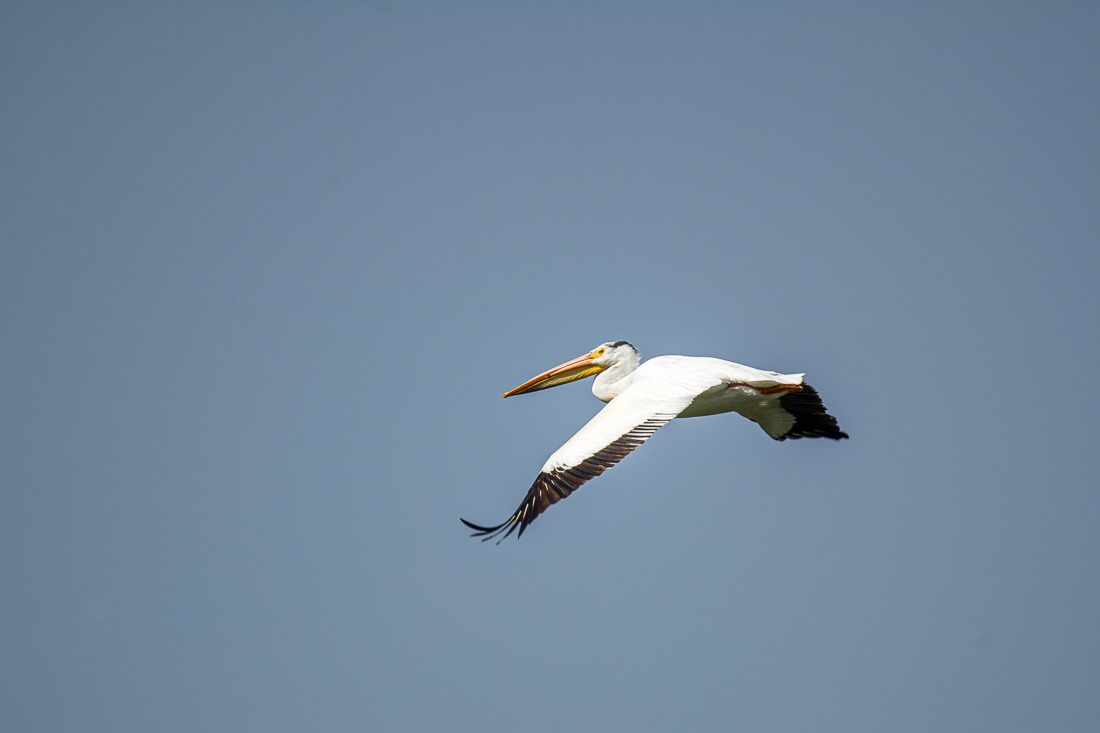 Pictures of the smaller birds were for me the most coveted. They were also the most difficult to get. It quickly became clear that the smaller birds required more effort and possibly better gear. So I concentrated on the bigger ones. The first time I was in Lockport, Manitoba, I saw pelicans. There were dozens of them, all fishing and flying around. I always had had the idea that pelicans were birds of the tropics and didn’t come here. It turned out I was wrong. The advantage of the Pelican is that they fly very slowly and their movements are easy to track. The ideal practice bird, so to speak. 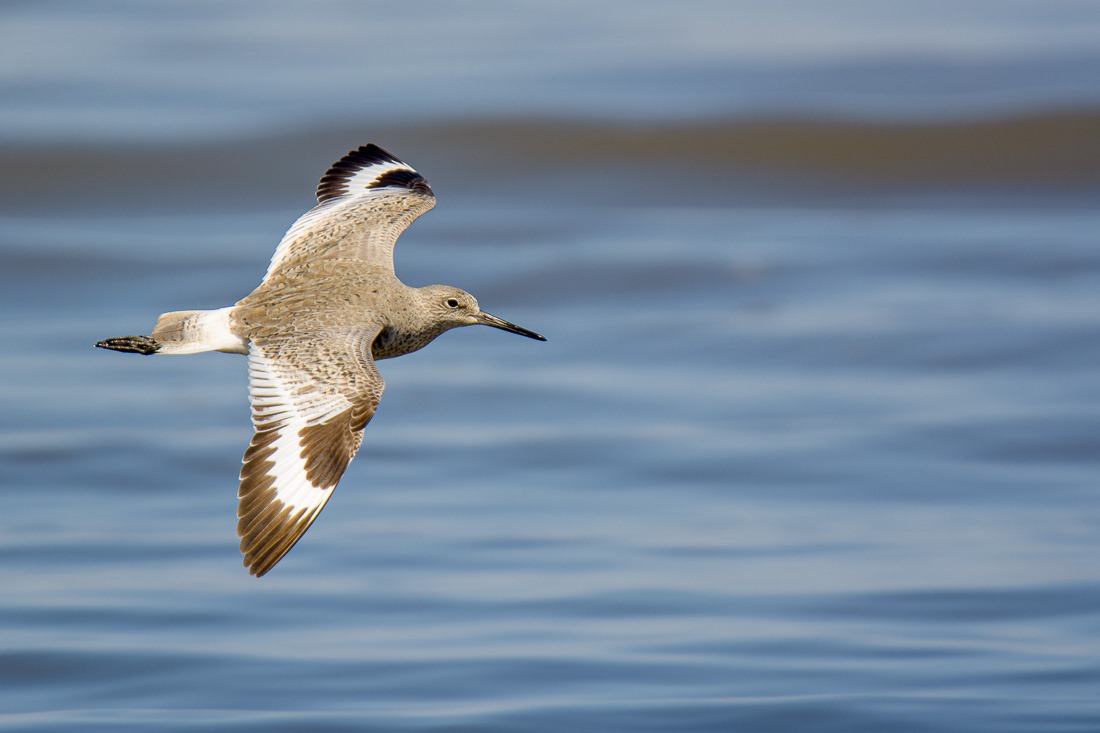 Little by little my target birds became smaller again. Faster, also. During that time I also acquired a 600mm zoom lens and a better camera, ideal for shooting wildlife. So I took that lens out and shot birds in flight.

As it turned out, getting a bird in focus at 600mm while in the air is quite different from 300mm. 300mm gives a sufficient field of view to find the bird, track it and shoot it. 600mm is different. It’s more 2-dimensional. One moment you see it, the next you don’t and there’s nothing in between. On top of that, the lens will start to refocus from infinity to close by in a nail bitingly slow fashion. By the time the bird is found and back in focus, it is often too far away to yield a decent shot. 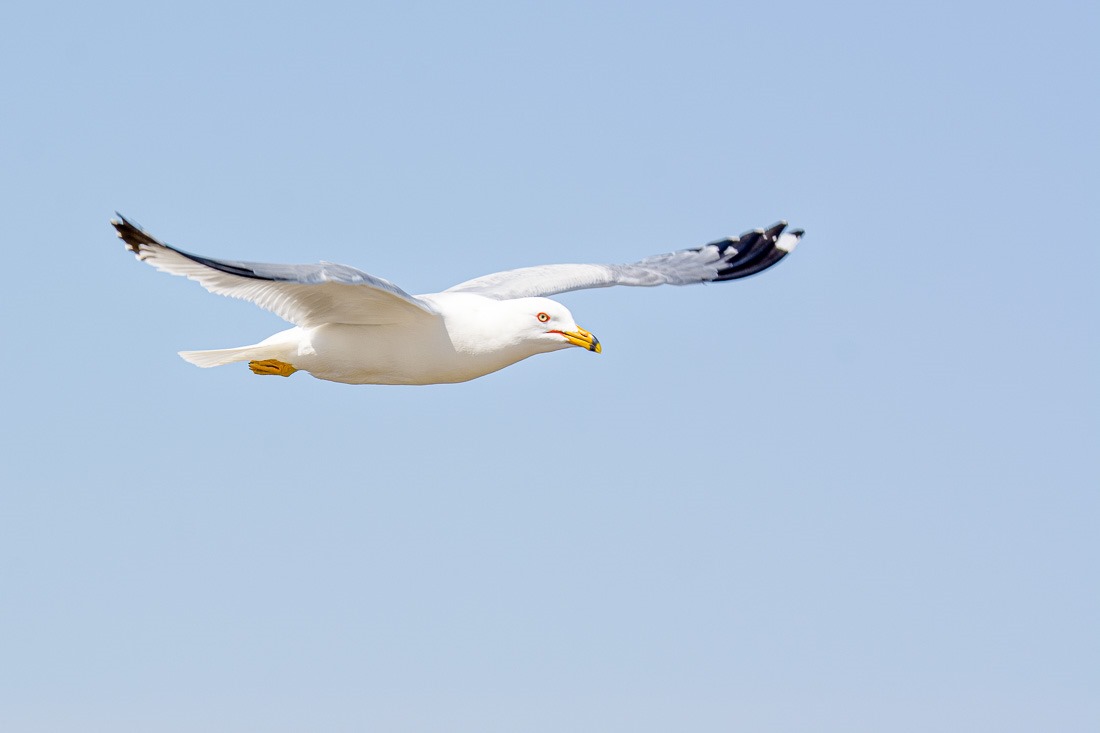 There had to be a better way. At that point I decided to (finally) use my tripod in daytime. The small ball head on top of it made for a fairly comfortable way of getting the camera in place, while allowing for movement in all directions. But putting a heavy camera+lens combo on top of a ball is anything but stable. 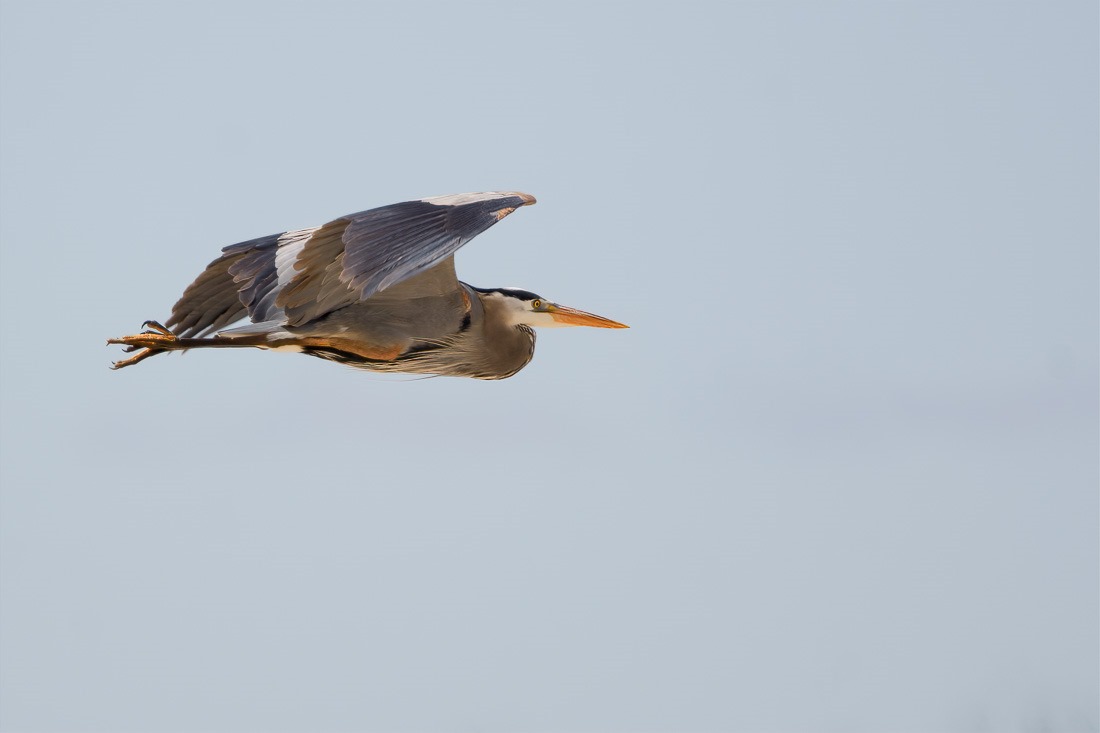 I then purchased a gimbal head. That is a head where the camera and lens are at the bottom of a free moving set of joints. The camera is in place and stays in position, whether you touch it or not. The way of shooting with it, however is a bit… different

. It resembles the way that naval personnel uses to shoot at aircraft. My tripod does not come with a moving seat, but the feeling is the same. Again, some practice was required before getting results. 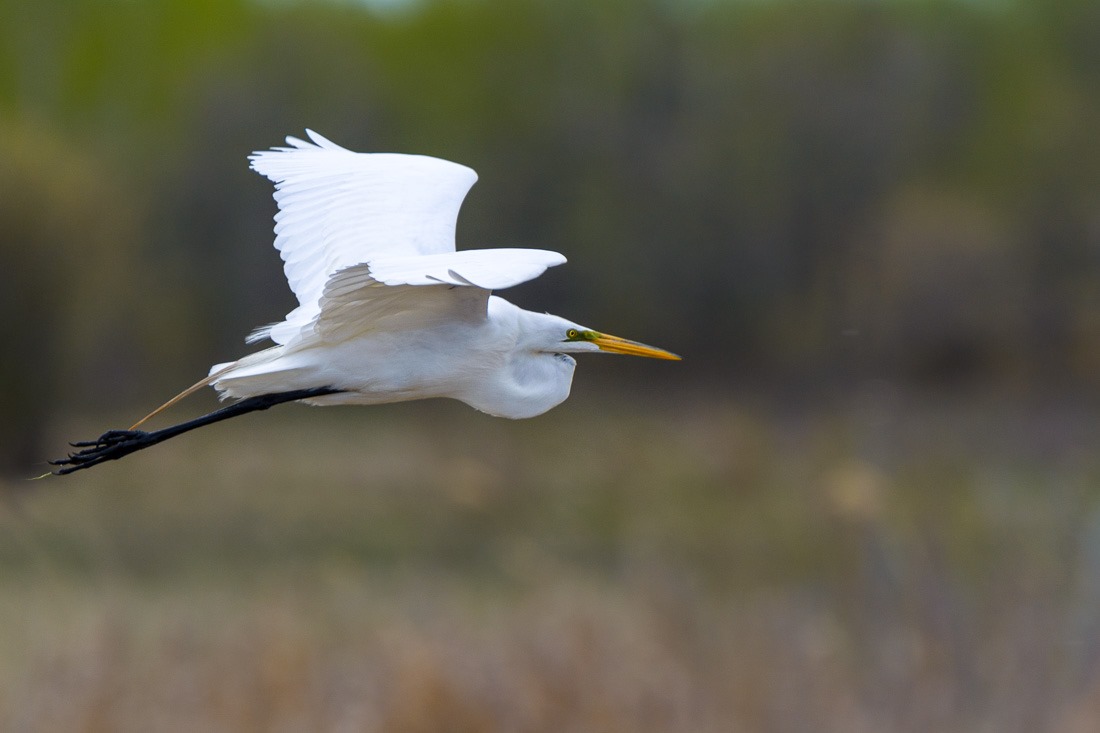 Today, the smaller birds start to be in reach. The larger ones remain easy or easier, but the smaller ones now can be had. 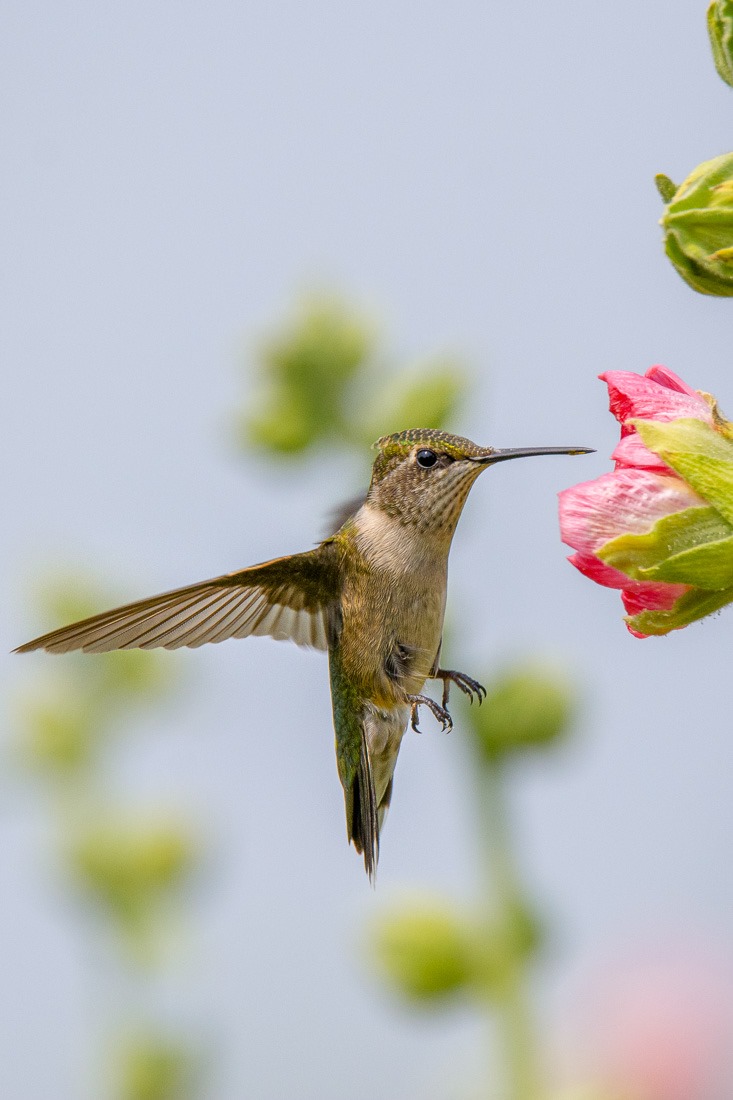 The holy grail is finally in my reach. Or is it? I guess the quest for it will never end. What will be next? Insects in flight? One thing is certain: it can never be obtained without practice on easier targets. Gear is important, but most of all, it is how you use it. I am not a coal miner with forearms that can overturn a car in seconds, so I need something stable to keep my camera in check. Some friends of mine are adamant that they can get any bird in flight by handholding their cameras. I choose the easy way. A bit more gear and things get easier.

But never to the point where all shots are perfect. That is yet another grail to pursue.