Of BBQ and Fire bans

Manitoba is dry this year. Winnipeg experiences driest April in 30 years, 4th driest on record, news outlets scream. And I wanted to go for a nice barbecue in the park. After all the fire pits are designed to keep a fire under control, right? Well, not so much. It all started with a handful of grass fires across the province. 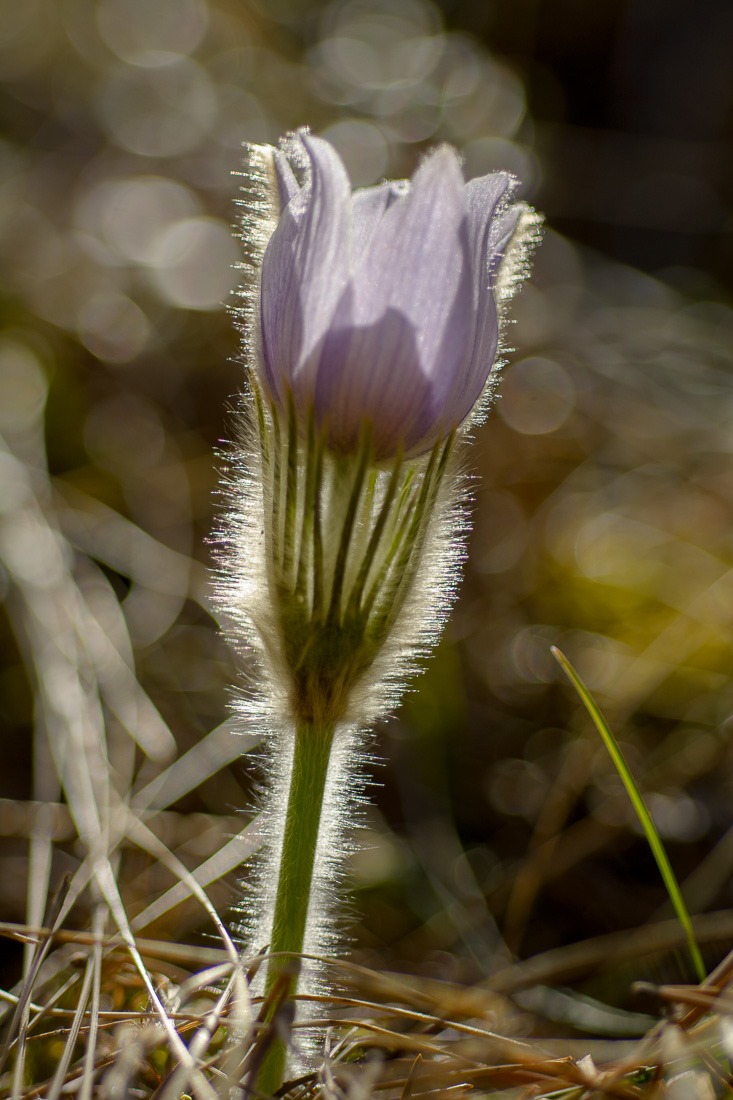 The fires got out of hand and were uncontrollable within minutes. A local fire ban was quickly declared for the affected areas. High winds and more grass fires soon made that the fire bans were extended for the whole province.

The thought of doing a barbecue was quickly gone. The BBQ planned with friends was cancelled and even the thought of burning a match in our own back yard seemed to be frowned upon. Now I am not someone who easily bends under social pressure, but this type of pressure seems to have an effect on me. Even more after some of those grass fires came a bit too close for comfort to our home. All in all, the province lost hundreds of hectares of grassland and forest to the fires, as well as a few homes. 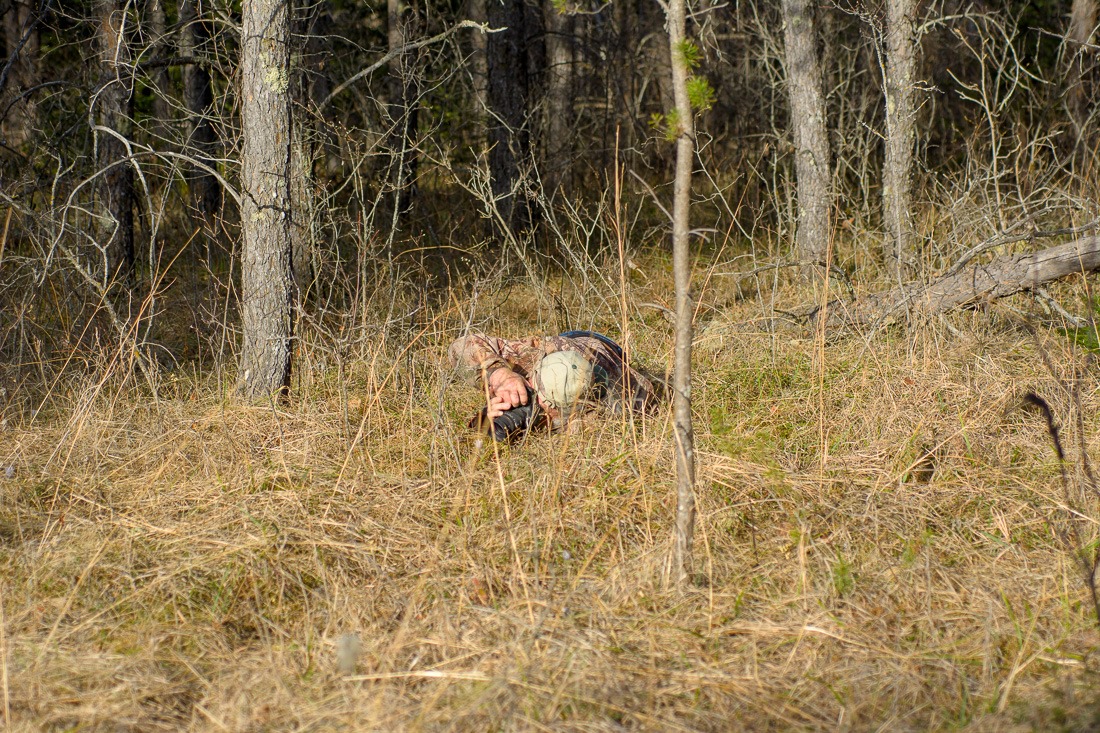 When last week a friend and I were chasing Prairie Crocus, we noticed that the land was extremely dry. Grass had had no rain to speak of and everything was bone dry. A tinderbox, my friend assured me. Laying down in that grass to get the perfect shot of a prairie crocus is fine with me, but I could not bear the thought of a fire lighting this up. One week later, the neighbourhood was threatened by a big grass fire. It was quickly under control, but…

Gone were the dreams of a sizzling steak under the hot sun. 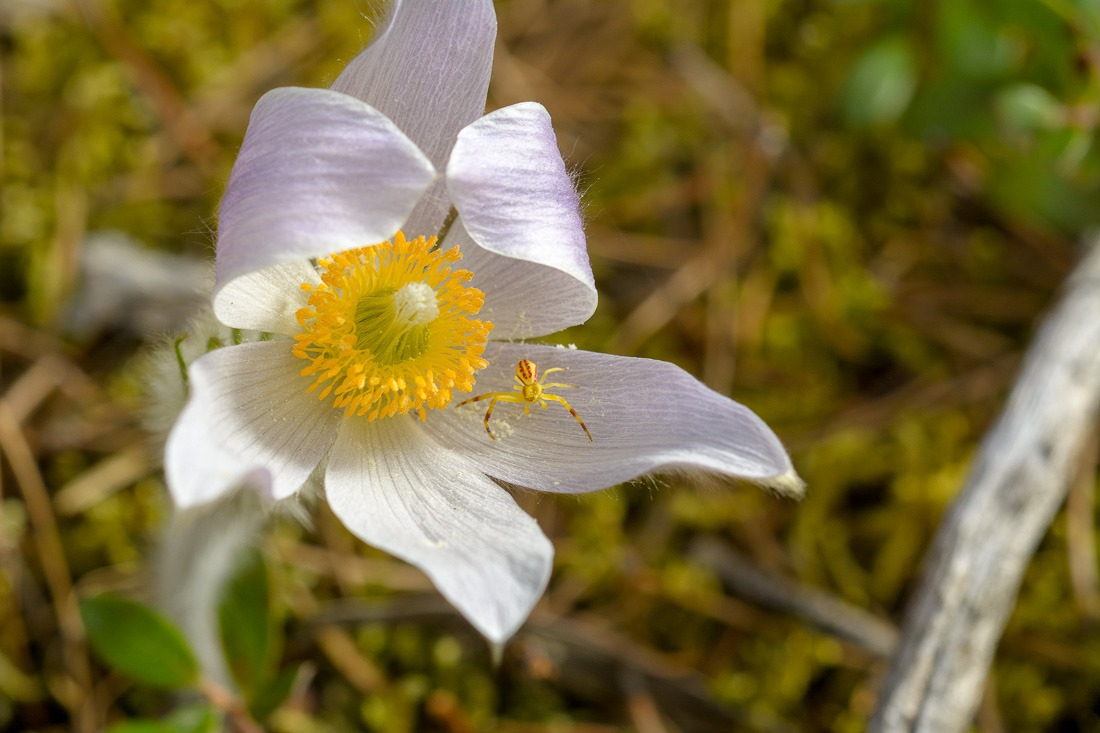 Prairie Crocus with a colourful tenant

Oh well, time to think of something else. Another friend of mine came with a different idea. Why not go and do some target practicing in a disaffected quarry where the owner let’s us do just that? Great idea. I got up before 6 in the morning and off we went to the quarry. After a nice 45 minute drive, we turned off of the Trans Canada Highway, to be met with a sign saying “Road Closed. Provincial Fire ban in effect, no access for motorised vehicles.”. Time to find an alternative route to the quarry, right? 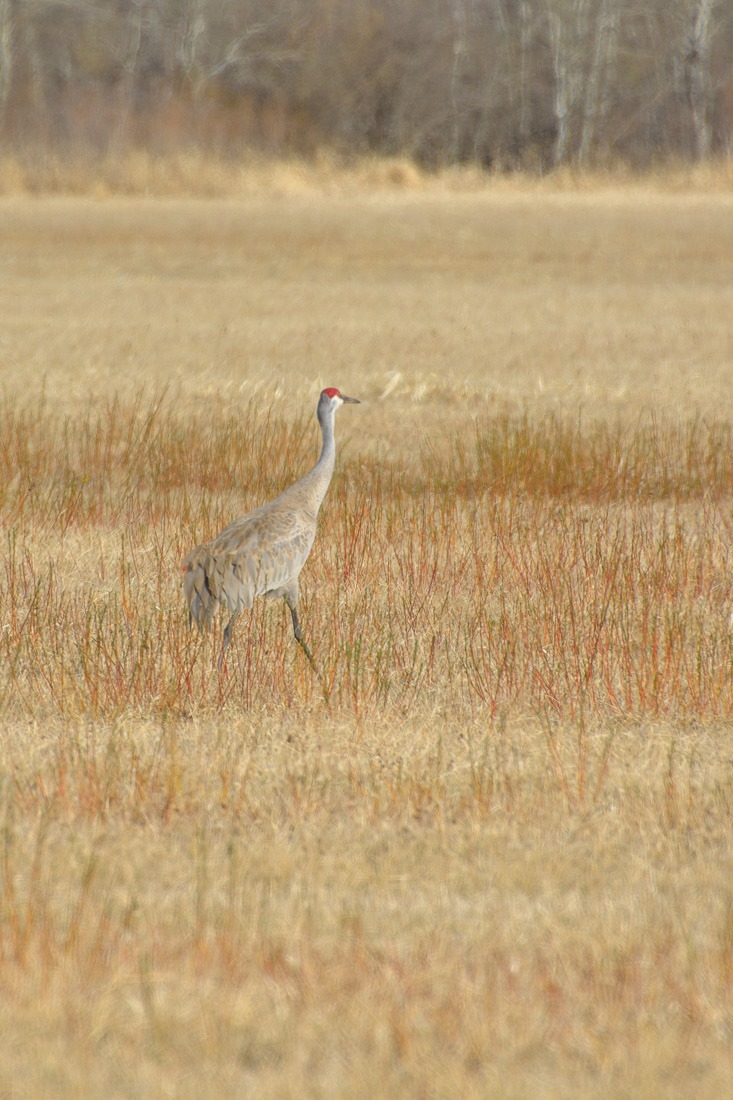 Well, not so much. As it turned out, all the roads leading to this little piece of paradise were closed from the fire ban. The only shooting that could be done was with my camera. A little disappointing for my friend, but there was nothing else we could do. Neither of us was willing to risk starting a forest fire “by mishap”. Not in my lifetime! 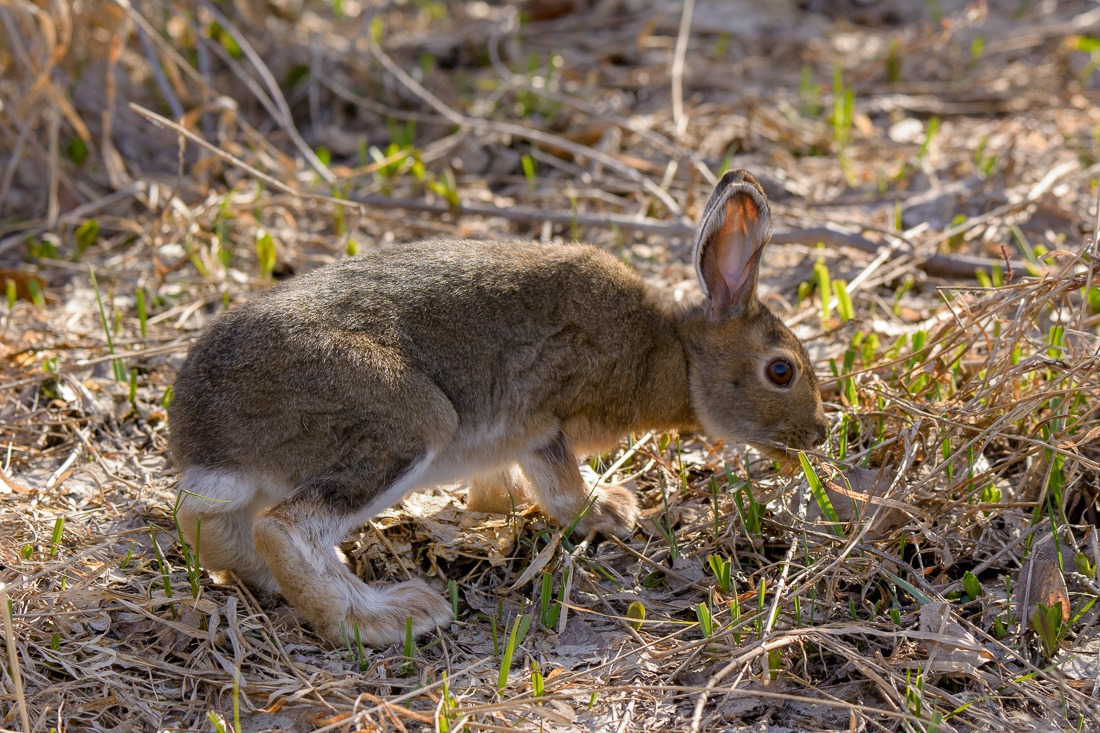 So shooting with the Nikon became the only option. During our way to the quarry, ehm, shooting range, I had spotted some Sandhill Cranes. Along the way, another surprise; a Snowshoe Hare. Usually a dirty white colour, to remain mostly unseen during the winter, this young fellow had already slipped into his summer attire. He or she didn’t seem to be bothered by our presence in the least. 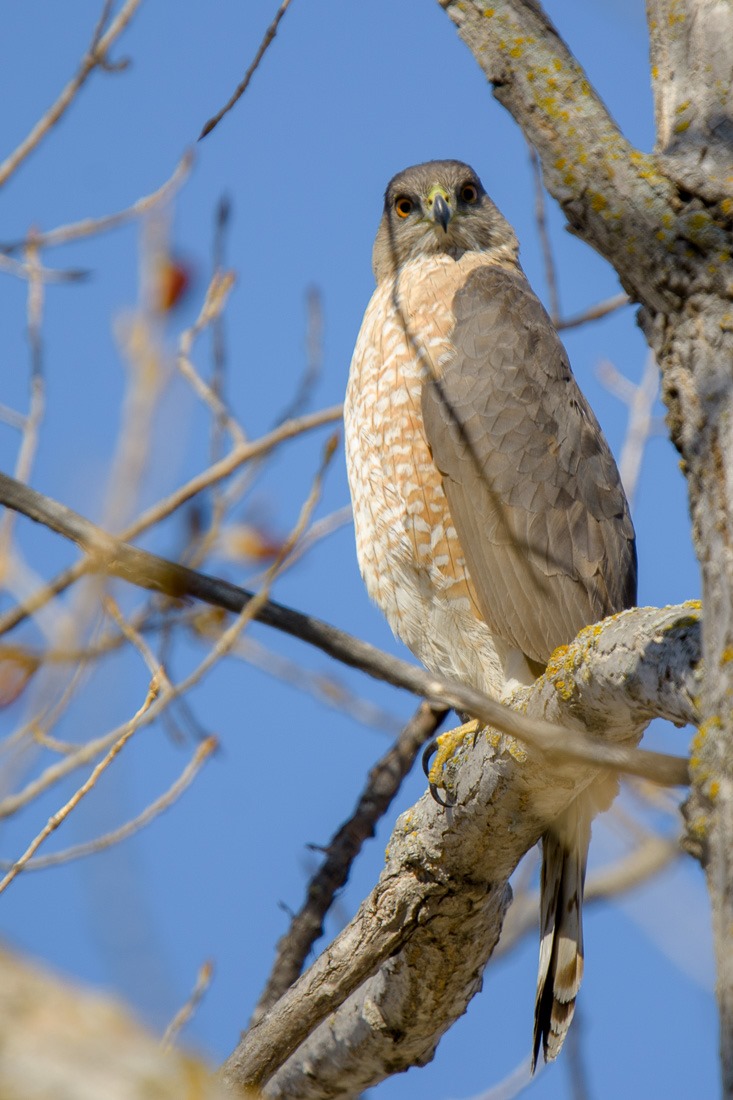 Cooper’s Hawk, deciding I was not to become breakfast

A bit further along the way home, a Cooper’s Hawk gave me a dark stare, just before taking off. It was sitting in a tree on a parking lot, visibly not phased by the presence of cars or humans that come pouring out of them. 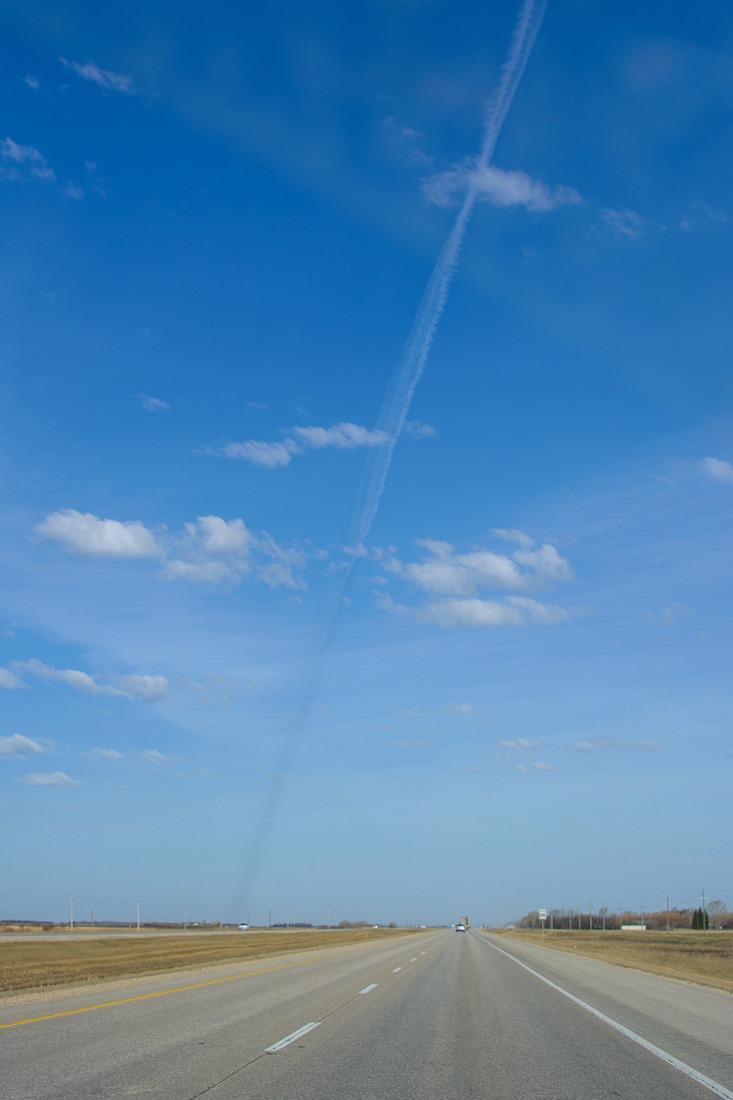 Once back on the Trans Canada, the jet con-trails left dark shadows on the dust and smoke particles from the still burning fires in the south of the province. Something tells me that these will not be the last fires of the season. A sobering thought, if you can imagine all the people flicking their cigarette butts straight into the dry grass, oblivious of what will soon follow.

I usually close with “Until next time…” but I don’t want that to imply that I expect more fires anything soon.

So keep your fires and smouldering objects under control, and hey, be careful out there…!