A friend of mine (from Boreal Pursuits) lent me his 200-500mm zoom lens. Borrowing and lending lenses is something photographers do, on short, very short or longer term. I don’t fancy the “indefinite” term, neither for borrowing or for lending. This time it was my luck to borrow a 200-500mm lens, just to see how it would compare to my own 150-600mm. The result was a whole weekend of shooting with a single lens. 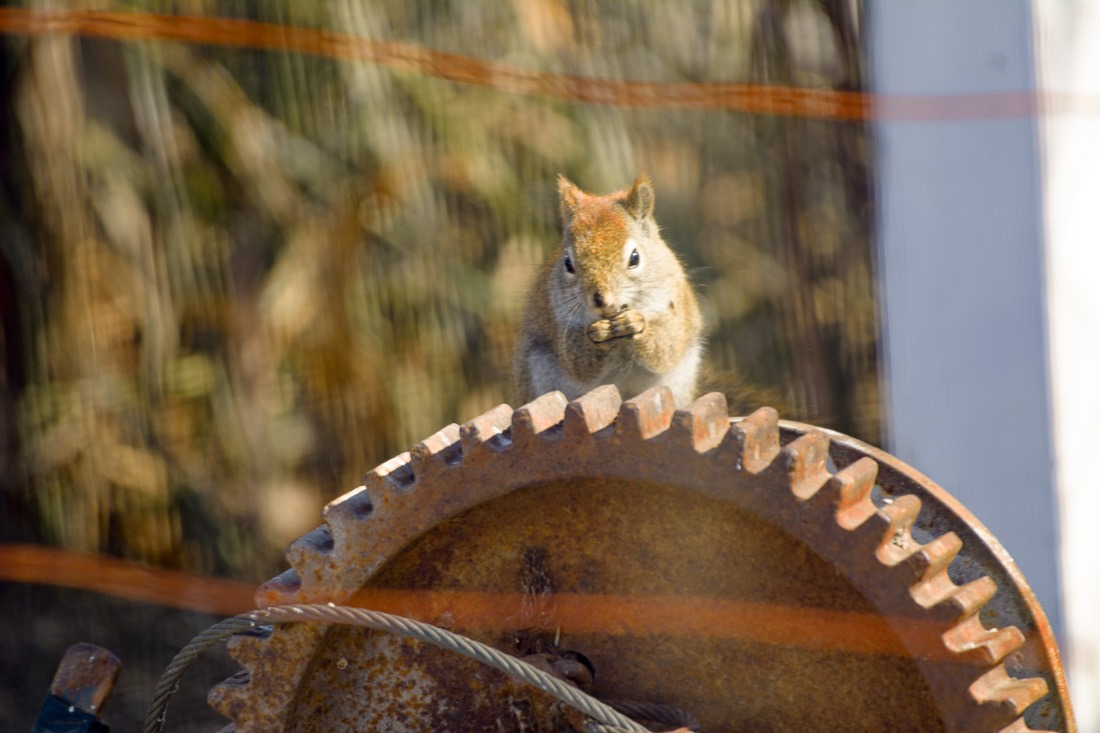 The weekend started off with a nasty wind, I don’t remember where it came from, but it was nasty cold. I decided to

stay inside. Good Friday was off to a cold start. Saturday, on the other hand started early for me. Having something to do at 6:30am always makes me want to go and do something early morning. Getting up specifically for that… not so much. Apparently since I was born at 6:10am, that was also the last time I was a morning person in my life. But if I already have to be out, I take advantage of it. 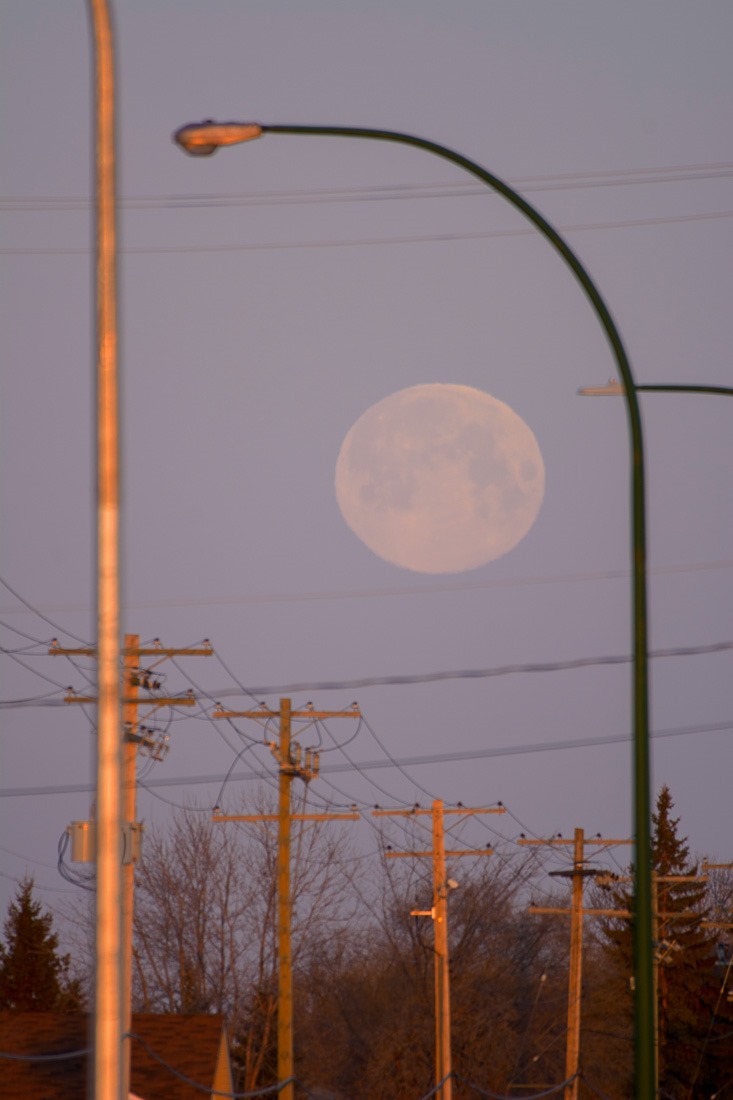 The first shot was supposed to be from the sunrise, but I was a tad too late for it. Arriving at my selected site took a few minutes more than I had hoped. As a result, the sun was already too bright to shoot. However, the  full Blue Moon was nice to see. This lens made me think I could photograph the US Flag left by the Apollo 11 Mission on the moon, but that dream was quickly doused. Atmospheric distortion, heat and cold not mixing well, put a stop to that. My moon shots looked miserable. I decided to go home instead, but just before turning into my street, I had the view of the “Giant Moon Illusion”. The above shot was the result. 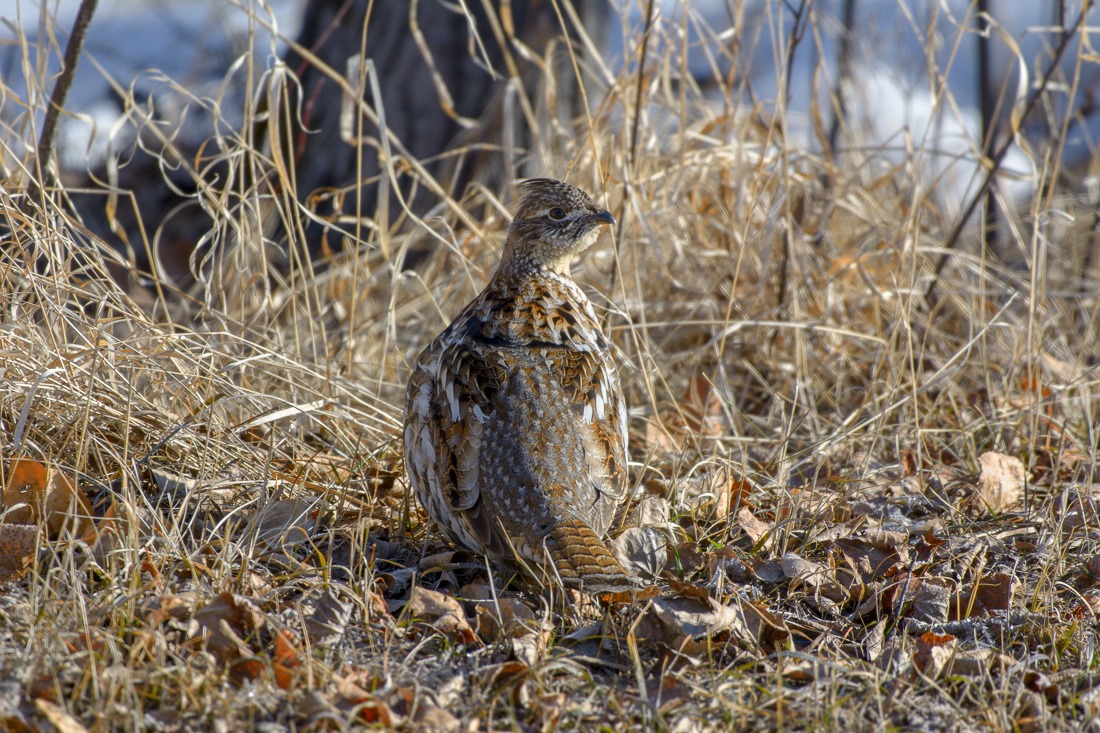 Then it was time to go out with another friend with whom I go out a lot, the co-founder of Boreal Pursuits. He spotted this Ruffed Grouse near Grand Beach, Manitoba, If this bird doesn’t want you to see it, you won’t. That’s my take on that one. This male gave us a few disdainful looks before disappearing into the brush. We did get a few minutes to shoot all its feather with our cameras. The 500mm did not disappoint, it was razor sharp and fast to focus on my camera. 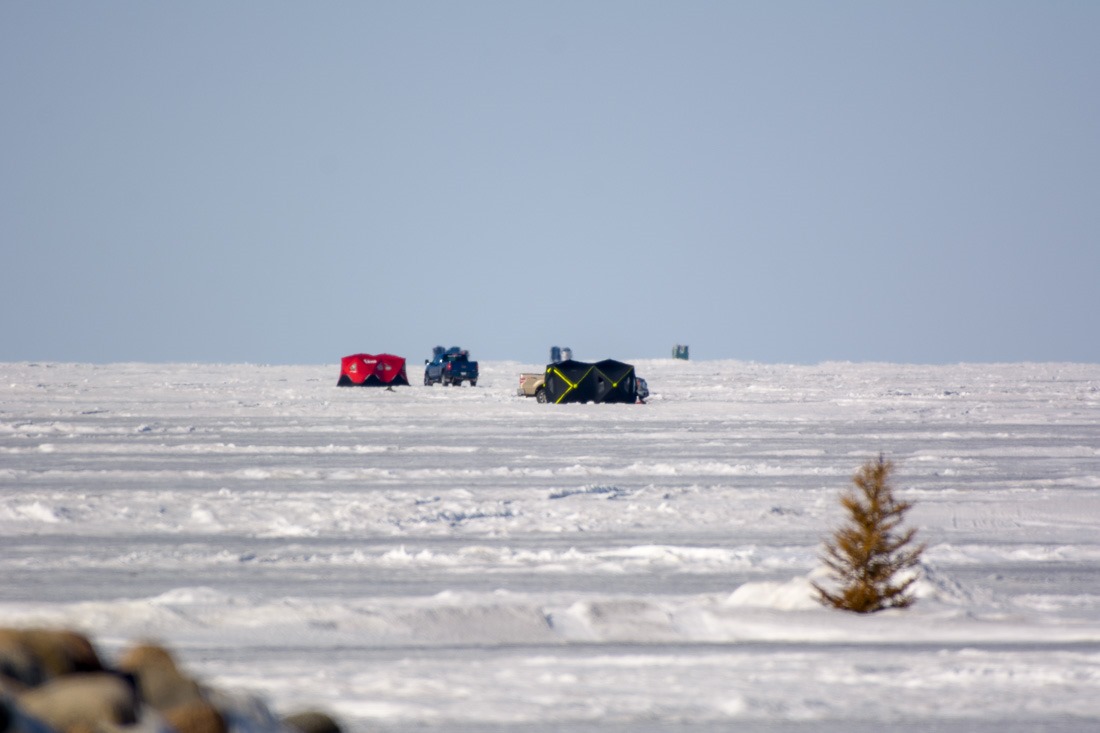 Once the bird had gone, there was no reason for us to stick around, freezing in the nasty wind. We decided to go to the lake and look around. The last day of ice fishing in Manitoba did not disappoint. There were still lots of people on the ice, trying to get some more of the finny folks to jump into their baskets. It looked like part of the lake was a simple extension of the city. Again, the atmospheric distortion came into play, even on this icy surface. Thermal currents are everywhere. even more when the sun starts beating down on the ice. 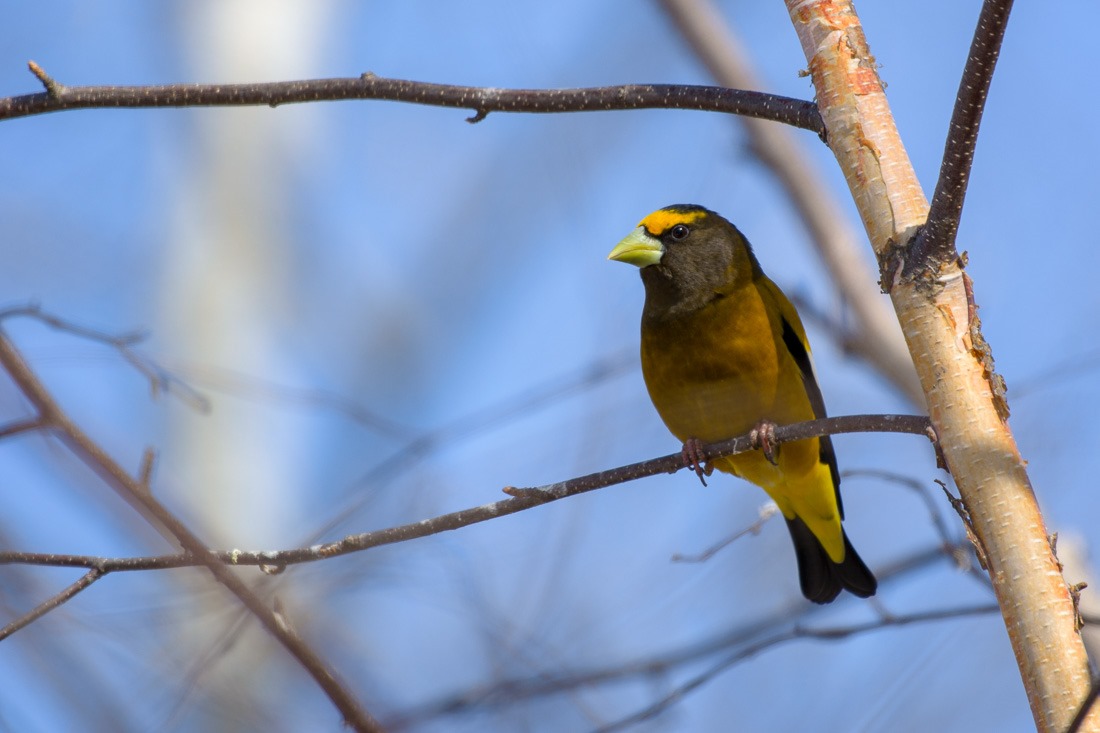 Off to a different friend’s place. He puts out bird seed for local birds and migrants all winter. The birds come and go, having a snack along the way. Since they never stay too long, they don’t get habituated to the food and no harm is ever done to the bird. Only a resident owl of undefined nature wreaks havoc on the birds from time to time. Nothing anyone can do about that. 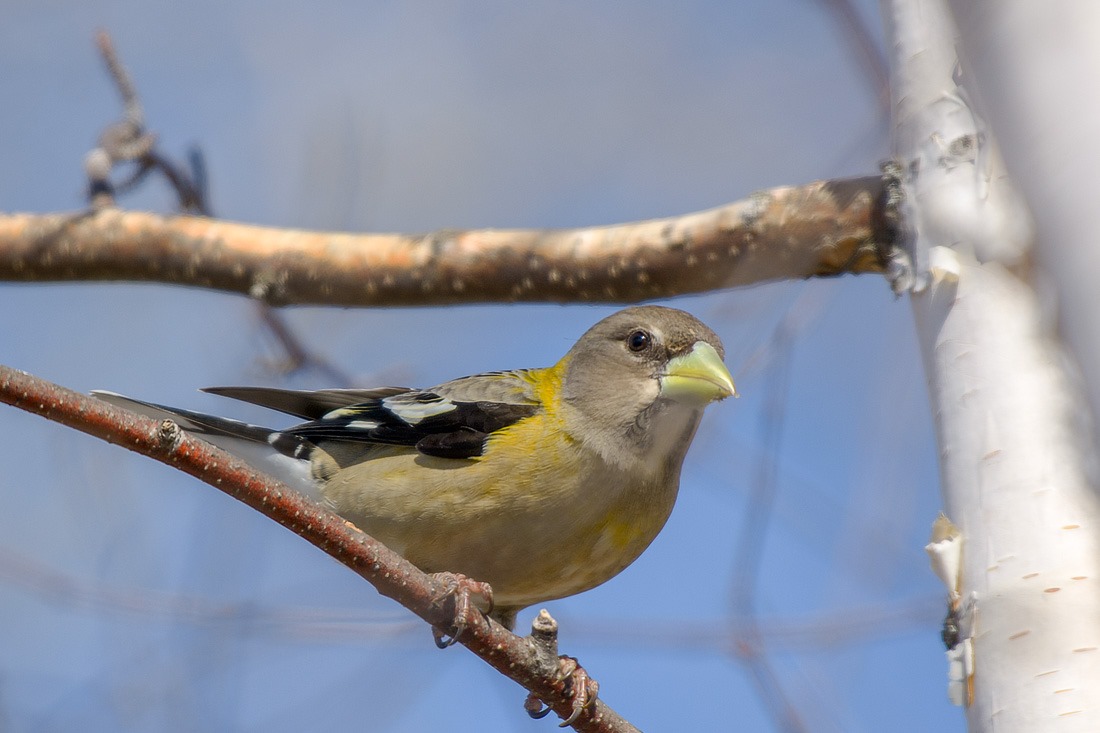 Only one pair of Evening Grosbeaks were left in the area, all the others had already moved on. I guess that by next week even this couple will have moved to their breeding grounds up north. Although they are supposed to be here year-round, in this area they move away for the summer and come back next winter.

The squirrel on the cog wheel of the lead picture of this post is there year-round and benefits from all the seeds that are put out all winter. He or she has a nice fur coat and a big fluffy belly. No food shortage for these guys this winter. 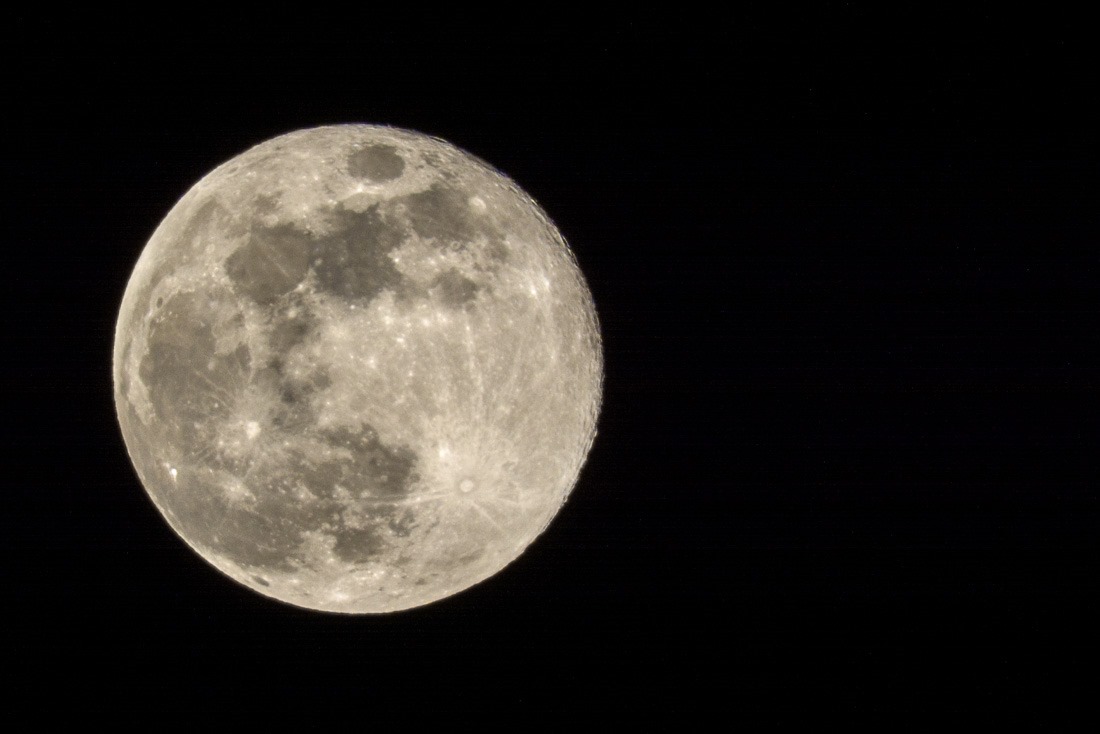 The last shot was another shot of the Blue Moon, this time at the end of its “blue phase”. Moon shots always seem to look the same, but subtle differences exist between shots on different dates. Blurriness is mostly due to the atmosphere, starting to warm up (a little) for summer festivities.

And so was spent the Easter Weekend. All with the same lens, a Nikkor 200-500mm, a fine lens. I might want to get one of those one of these days. Who knows, I might win in the lottery.