Often I get the question “How far away were you when you shot this?”. Well, that depends. It’s no secret that I have a 600mm lens and that gets me quite close at times. Other times, not enough. Another question is “What were your settings?”. That question tends to irk me. Settings alone do not define a picture. Even more when the settings asked for don’t include the most important information. 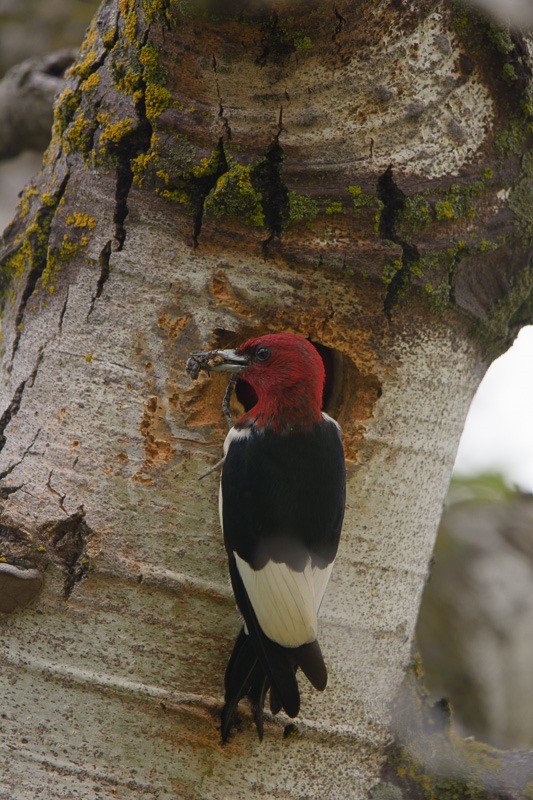 Distance. Asking for Shutter speed, aperture and ISO values is useless if you have no clue as to the distance the picture was shot. Without the distance, any lens can give the results required. I can shoot a turkey with a 20mm lens and get great results.

However, the turkey in question might not appreciate me being so close. A 600mm is then more appropriate for the job. Camera settings may be the same, but not the results. As said in all manuals of photography, a long lens compresses the perspective and compresses distances between subjects. With a long lens, you can make a train run over a car, while in reality the car is 200 metres in front of that train. 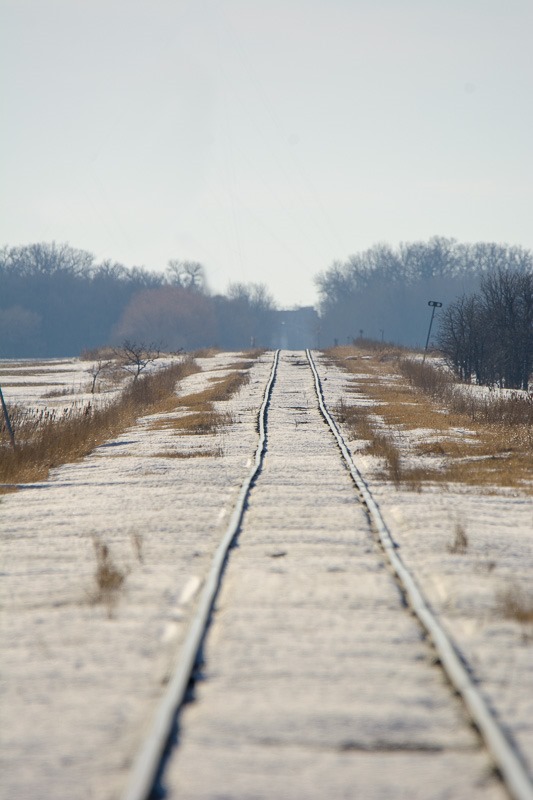 Take a look at these train tracks. They seem quite wobbly for a decent train to ride on, right? It looks as if the picture spans some 30 metres in depth, while in reality this was more like 300 metres. Over that distance, the wobbling of the track is quite acceptable. 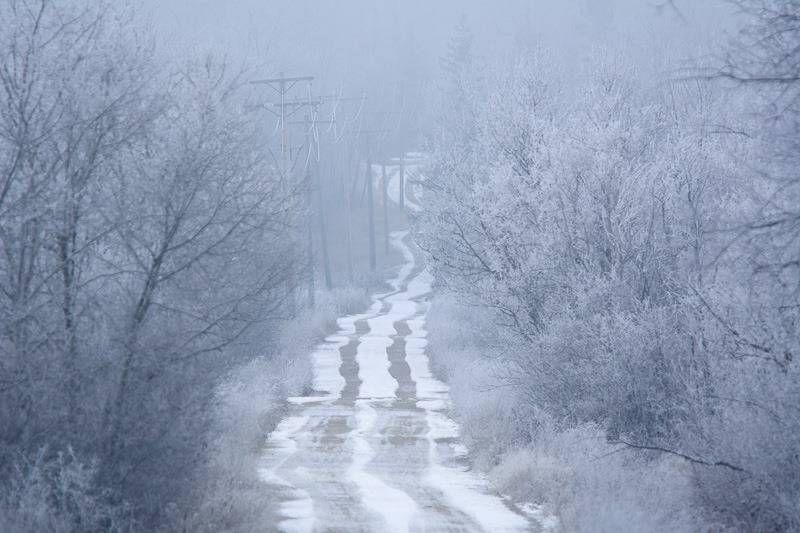 Another example is this little road. It looks as if a vehicle will have the greatest trouble staying on the road, while in reality this is a very normal path. To be honest, I have been scouting out this location for a while, waiting for the hoarfrost and fog to be present to shoot it.

So compression of perspective is one of the aspects of shooting a long lens. You simply can’t try this with a shorter lens and get the same results. However, the distance must be there, you should have enough field for the perspective to get compressed like that. Forget about that tidbit and the rest of the information is quite useless. 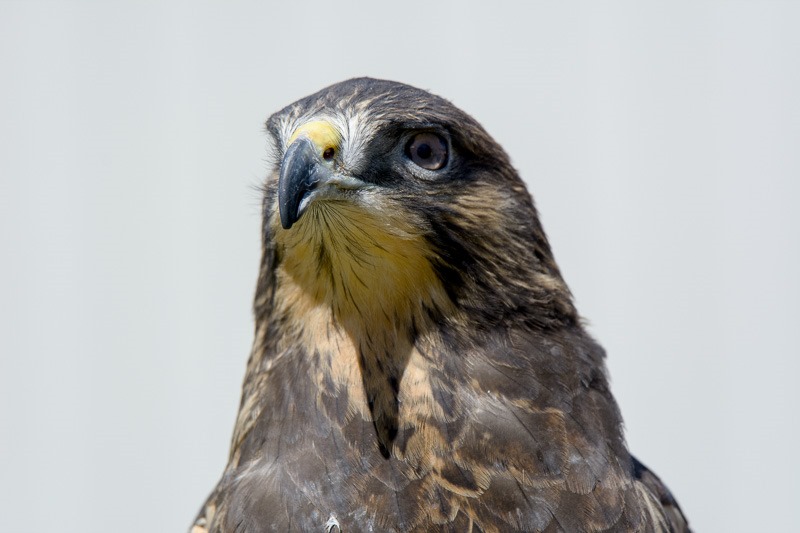 Then you get the times where that distance is not even visible. Did I shoot this Swainson's Hawk up close or from far away? Had I been too close, the bird would have flushed (not blushed!, flown away!). Too far and the details would have been lost. This was shot at 600mm and at only 4m away. It was at the Raptor Festival in La Riviere, Manitoba. The bird was quietly sitting there as an ambassador, quite happy to be there.

The lead picture was shot from some 10 metres away, again at 600mm, this time with a speed light with extender on it to add some light to the scene. 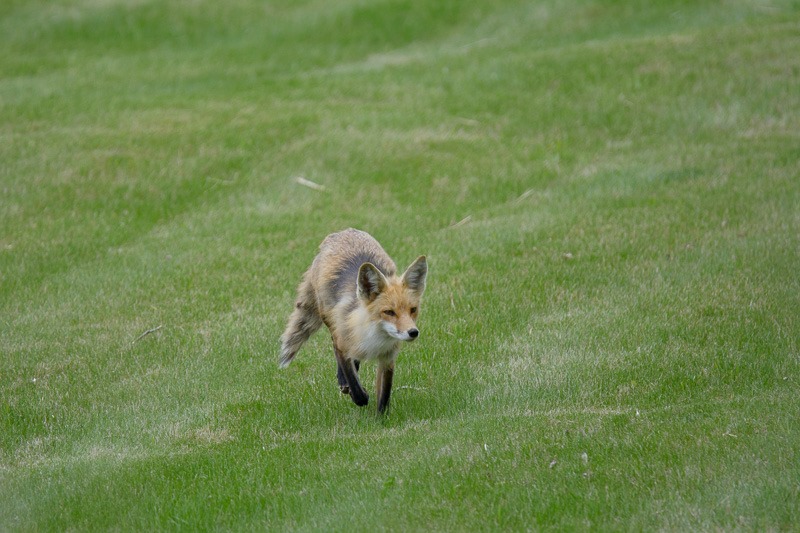 This fox, wary of human presence, however was shot from pretty far away. 65 metres to be exact, and from inside a car as to not show my silhouette to the animal. No way to get this shot from close by, unless you’re in a zoo where the animal has nowhere to go. 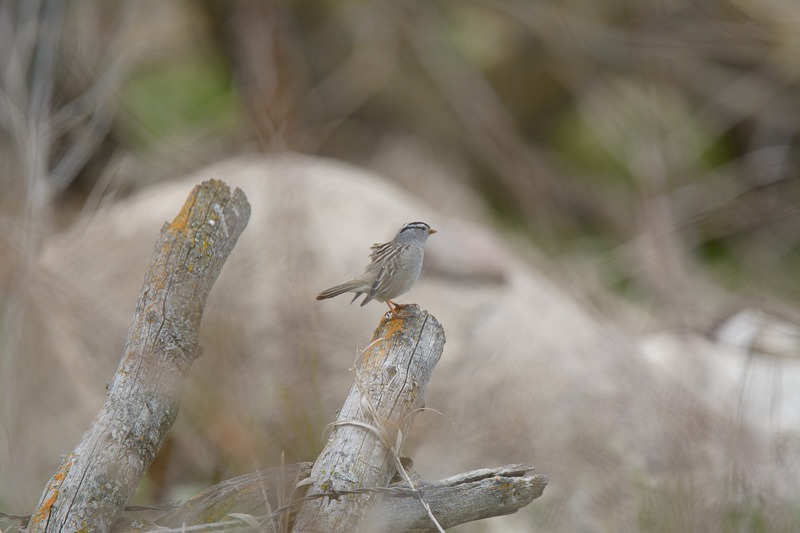 Wildlife is the most difficult to shoot. The animals don’t like humans and stay away as much as they can. For that I need to get closer without getting into their danger zone. Over the centuries, thanks to human consumption of the animals and the “sport” of hunting and killing, that danger perimeter has extended a lot. Even for small birds that have never been hunted for their appetising properties. 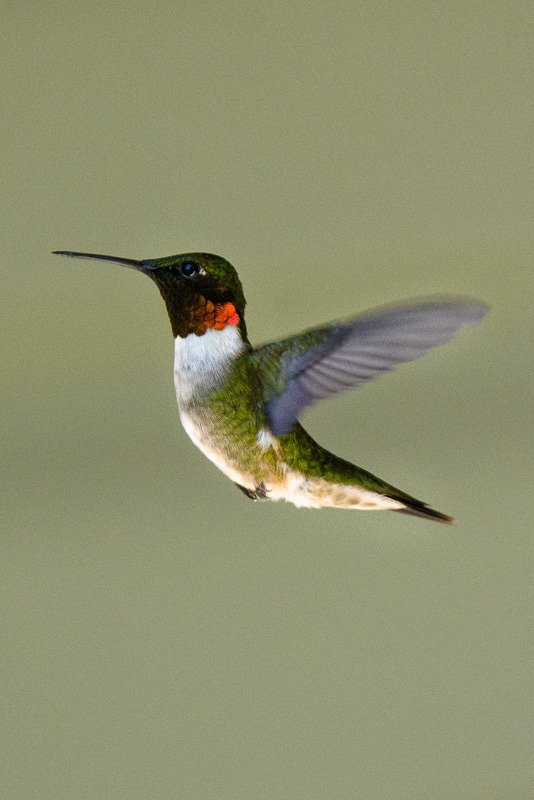 A male Ruby Throated Hummingbird. They are so tiny that they have never been on any animal’s menu, yet they stay away from us as if we were poison. A long lens is then the only way to get “the shot”. This shot is nearly what is called a “macro shot” as the picture shows the bird in roughly life size on your screen. It measure about 5-6 cm all in. 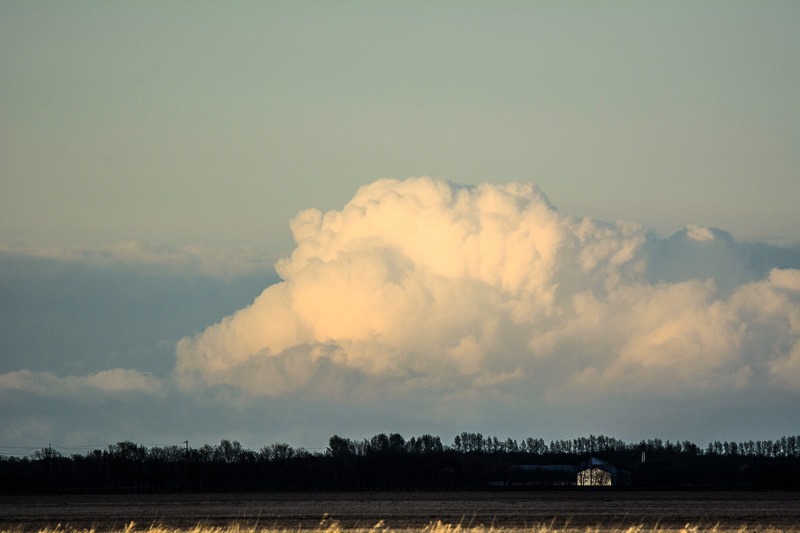 The effects of compressing perspective are often used in Hollywood films as well, Take a look at that ominous sky above the tiny house. In reality the clouds were so far away that by the time the first of them was over the house, the rest had already evaporated into nothing. 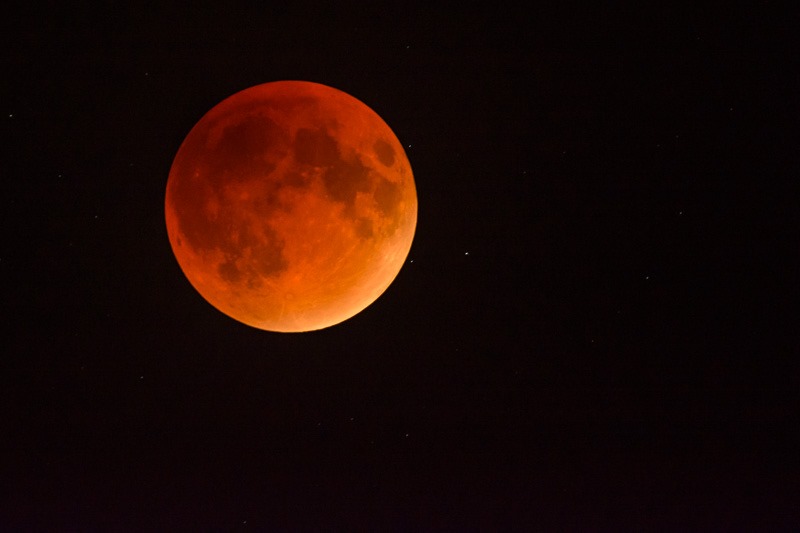 But the very first thing people want to shoot when they have received their longest lens is… The Moon. Clocking in at a distance of 384,000 km or 221,000 miles the moon is often the farthest the human eye has looked, right? So we start at shooting the full moon and are a tad disappointed about the results. Not as crisp and sharp as we had imagined. 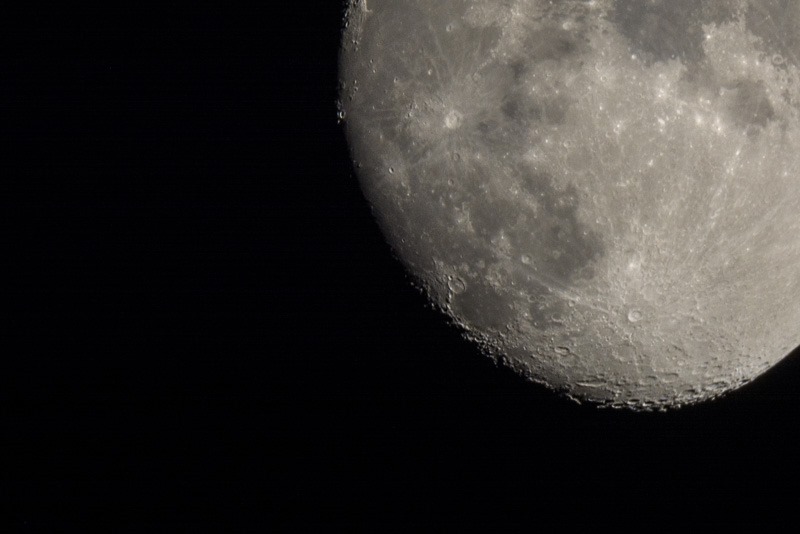 Shooting the moon when it is NOT full, yields very different results. Now, the slanting light of the sun over the moon’s surface shows us details we only have seen from NASA pictures and films. Of course we will not be able to see Neil Armstrong’s footprint, but the results are quite impressive. By now we start to have a pretty goof idea of what a long lens is capable of.

I still overestimate it though. Too often I come home with under (anything) pictures that go straight into the bin, never to be seen again. Shooting long is quite the challenge and needs some serious learning.

Give it a chance, use a tripod and don’t be afraid of throwing away those “killer” shots. At least they were killer when you saw them, not so much on the screen.

Shooting long is a pleasure, but it comes with a warning that you must be ready to throw away many shots before getting the good ones.