Lately I have been prone to headaches. They are mostly related to work. Not so much the work itself, but more the way it has to be done. Sitting in a chair. There are not many ways to do programming while walking around or doing sit-ups. Forget about push-ups. None of that can be done if you need to work on a keyboard. 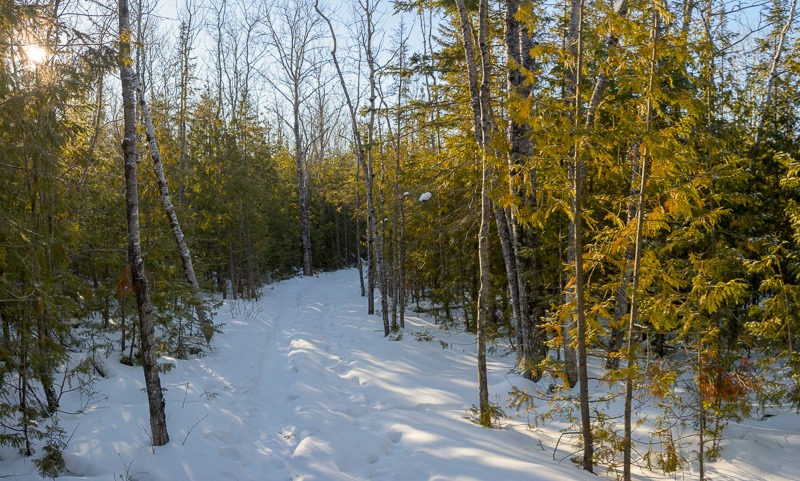 Last week was a week of horror for me. Four days and nights of a low and medium grade headache. None of the advertised pills/gels/powders had any effect. So it was time to do something else.

I hadn’t been outside for almost 3 weeks, lots of things to do and no time to say “Stop!”. I don’t like to leave things unfinished, as they tend to eat up my nights until they are done. I am that kind of person. I like puzzles, but I mostly like them when I have finished them. Also, temperatures of –35 wind chill are hardly inviting for an outside walk. 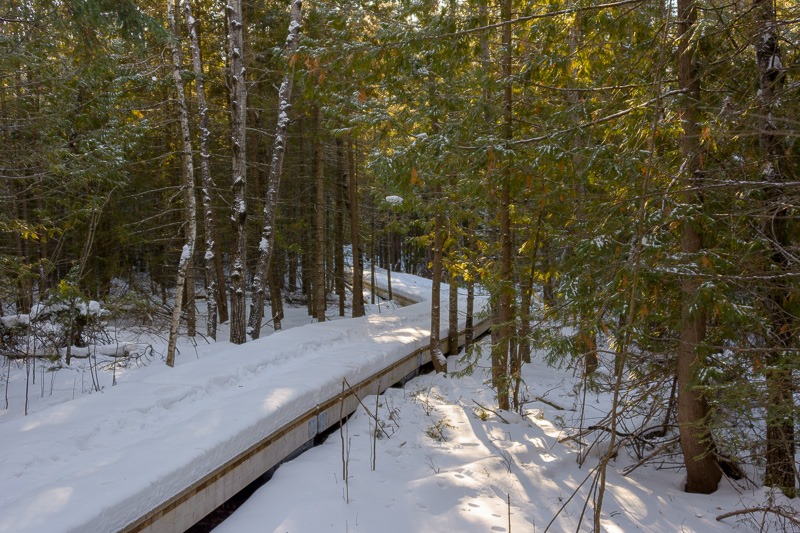 For the last 4 days (until Saturday morning) I had this low grade headache that didn’t want to go away. Sedentary life and wrong food will have increased that headache as well. It was time to do something else than follow a Tylenol diet. 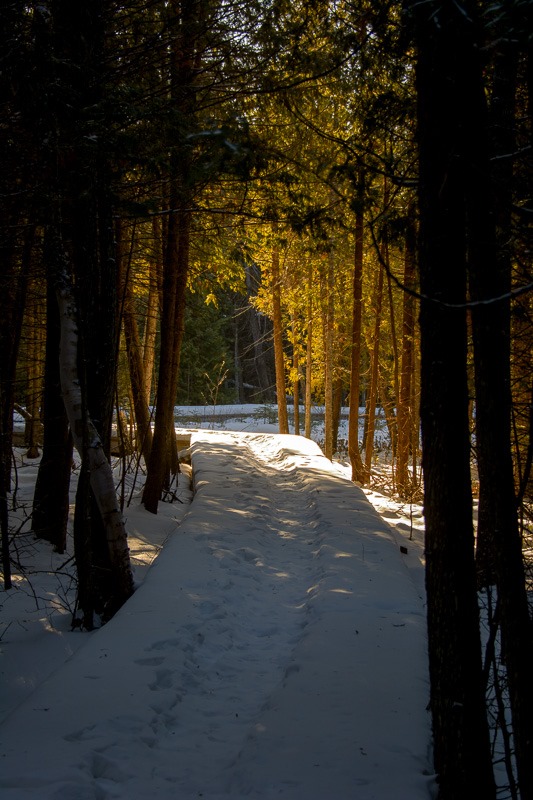 So this weekend I decided that whatever happened, it would happen outside, cold or not. The outing was to be in a closed area called the Brokenhead Wetlands. It’s closed off to cars, but there were many tracks of people having been there. I didn’t feel like trespassing. At least not the same kind as going to a fair where all the rides and the gates are closed. 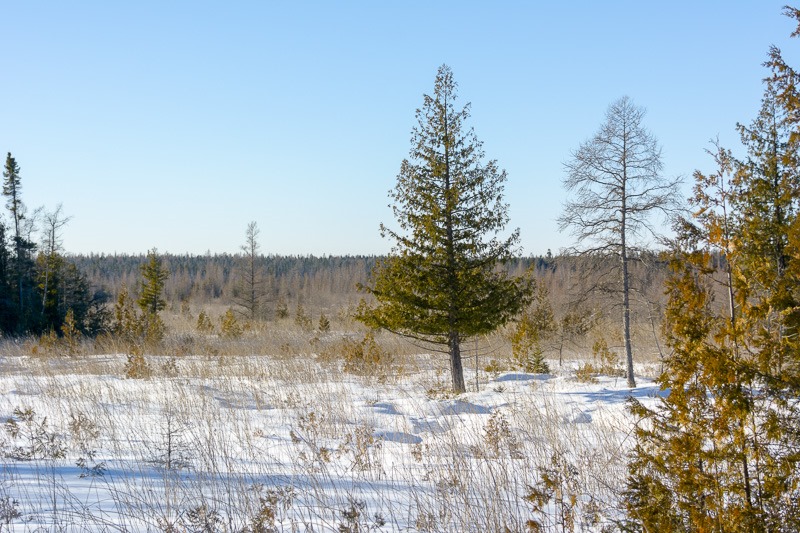 Not a feather in sight

With a friend, we were looking for the elusive Great Gray Owl, Manitoba’s Provincial Bird. The first thing to look for in an area are “plunge marks”, places where owls will have plunged into the snow for a snack. Also, vole tracks will be handy. But in the Wetlands, we found neither. Lots of other tracks, wolf, coyote, rabbit and people. Nothing that would interest an owl for a meal. 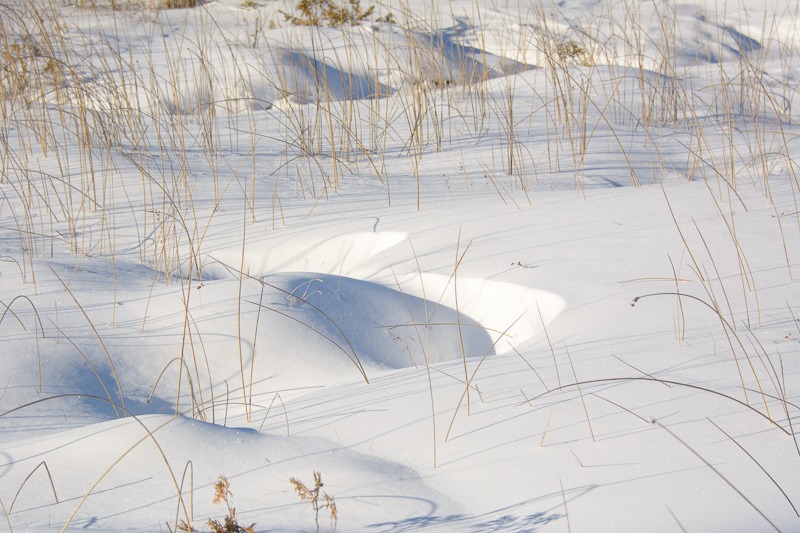 Most of the snow was pristine, just like we like the wetlands in summer. No litter, nothing. Another big point was that there was no noise. We were the only ones in the area, no other sound could be heard. This was the first time in four days that my headache was letting up a bit. 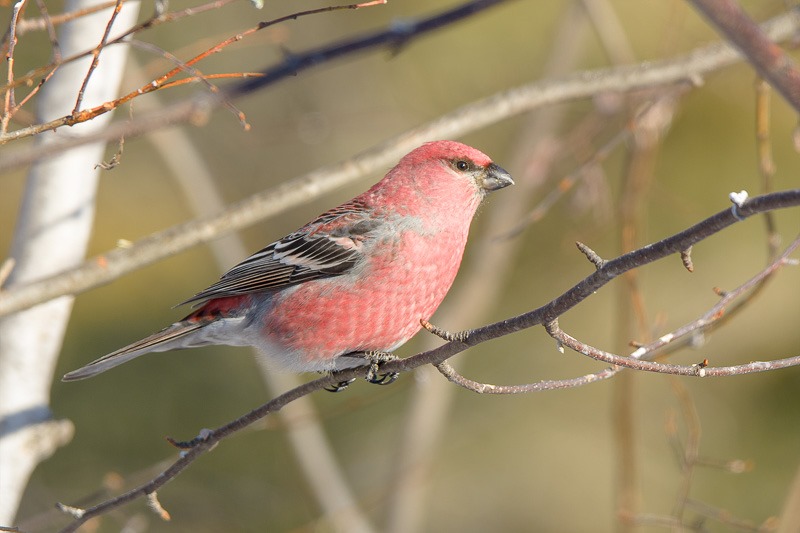 Then we decided to go to another friend’s place. He has put up a lot of bird feeders and attracts most of the birds in his area. The visit did not disappoint. Pine Grosbeaks, both male and female as well as Common and Hoary Redpolls were present in big numbers. 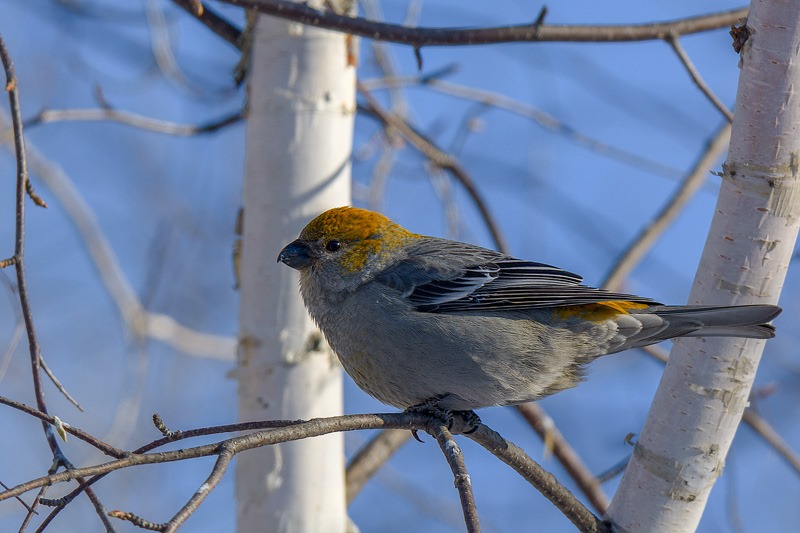 By that time, my headache was gone and it was time to go home. Treating a headache with pills will possibly work on a very short notice, but if it comes back after the pills have done their term, it is time to find some real solution to the problem. The headache was definitely due to stress and other work or activity related factors. 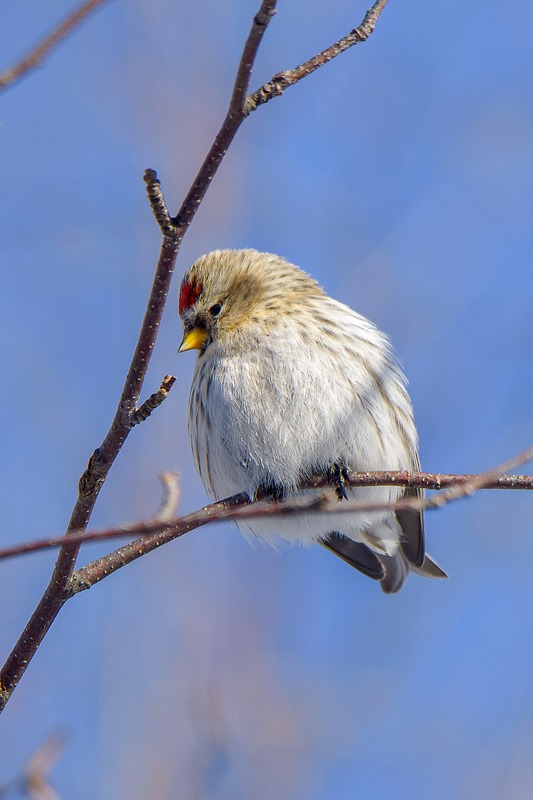 Common Redpoll, puffed up against the cold

Changing the activity and removing the stress was the key to get rid of the pain this time.

If you have a persisting headache, do something similar. Go out to a place where there is nobody (lots of those places around Winnipeg) and nature will take care of itself.