A busted night in perspective

Sometimes, the forecast for Northern Lights is just fantastic, other times… not so much. This time, the forecast was decent to good. Even better, in Winnipeg, the sky was clear, but with threatening cloudiness coming from the south. 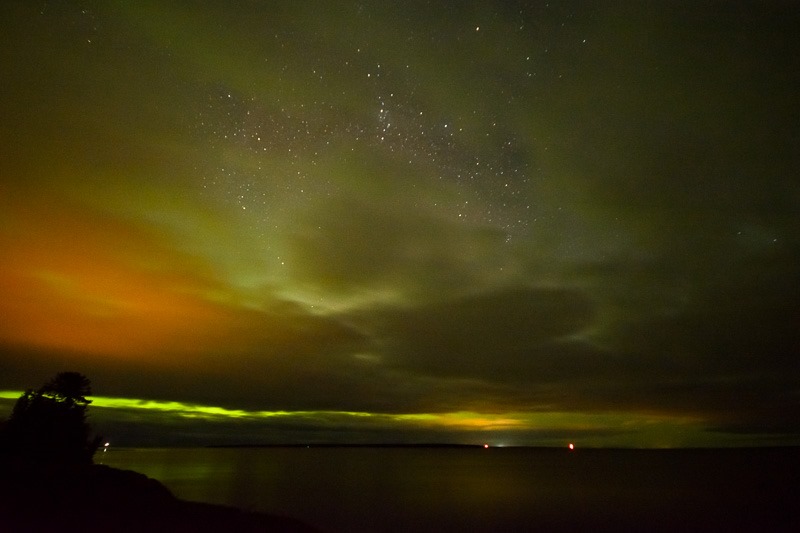 Logically we went north. Not a little north, Hecla Island, no less. During the ride there, everything was nice and clear, dark skies and with people coming from that part telling us there was a great show going on. What more do you want? 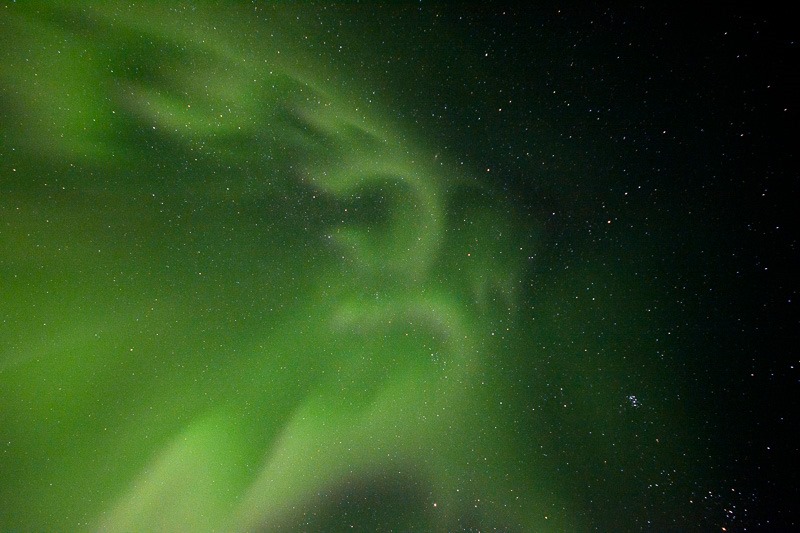 Under the skirts of Lady Aurora

For one thing, we want the show to continue when we arrive… That proved to be asking for too much. By the time we arrived in Hecla Village, the sky was covered with clouds, leaving just a glimpse of a magnificent show through a gap in the clouds. Disappointment was palpable, unprintable words were spoken and repeated in different forms. We decided to go home and cry for the rest of the night. 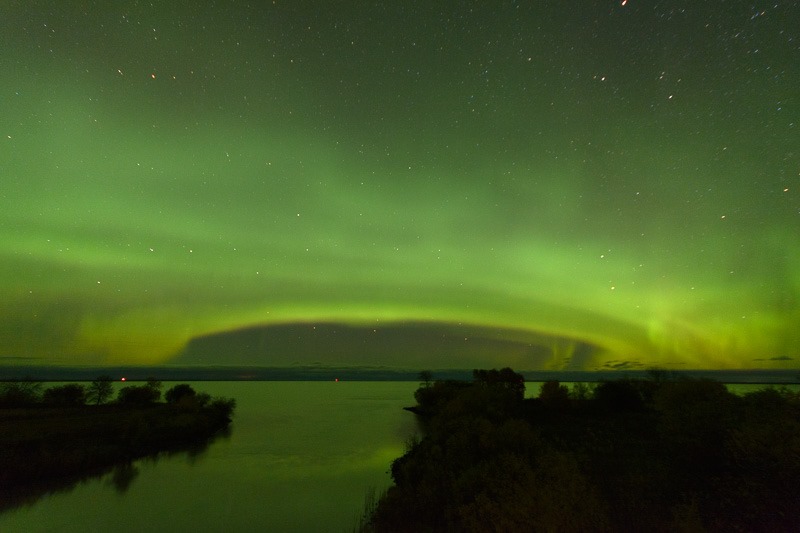 On a whim, I decided to go further north instead, to the watch tower at the end of the island. By now wind was blowing hard and it smelled like rain coming. That moist smell before the clouds open up. On top of the tower we shot a few pictures, but nothing worth mentioning. To my surprise there was a small strip of light to the west. Seeing all this cloud cover, we decided to go home, defeated by water vapour. We sat in the car, thinking what a waste of time this evening had been. Not even adding “so far”. I decided to return slowly to the end of the island, just in case. Arrived at the causeway that connects Hecla Island now to the mainland, my friend, who was still looking outside, yelled “I can see lots of stars!”. 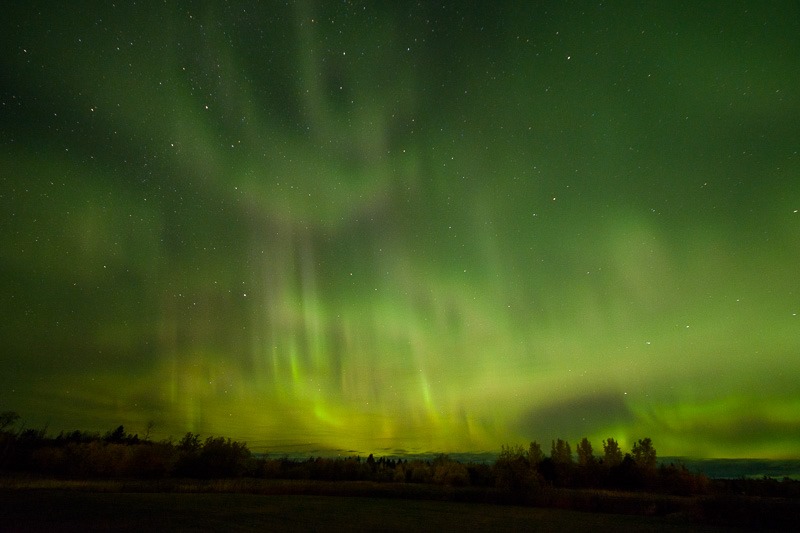 If there were stars, then there was clear sky. In the time of 20 minutes it took to cross the whole island, all the clouds had disappeared. Including the Northern Lights. We now had at least a fighting chance to see anything. The waiting was rewarded with a nice light show. 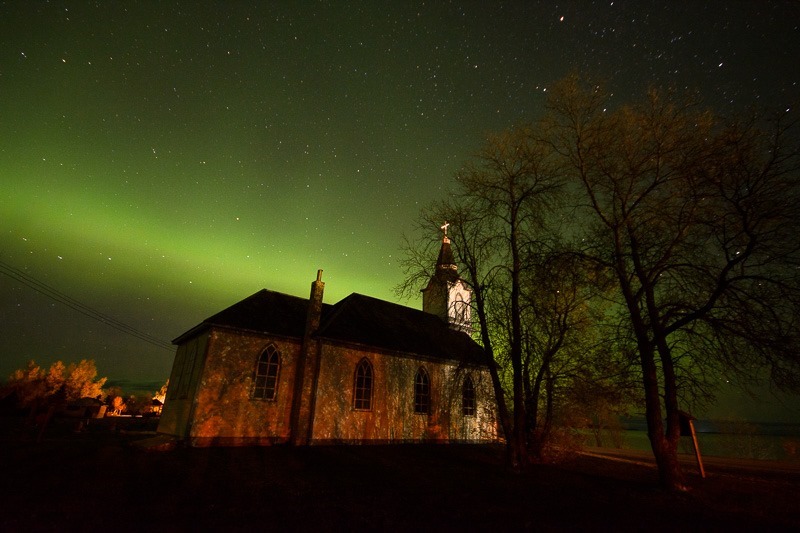 Seeing the magnitude of the lights, we travelled back to Hecla Village, where our dreams of green had been shattered earlier in the evening. From the side of the road, we saw the Museum. The open air museum is easily accessed and you can shoot as much as you want. 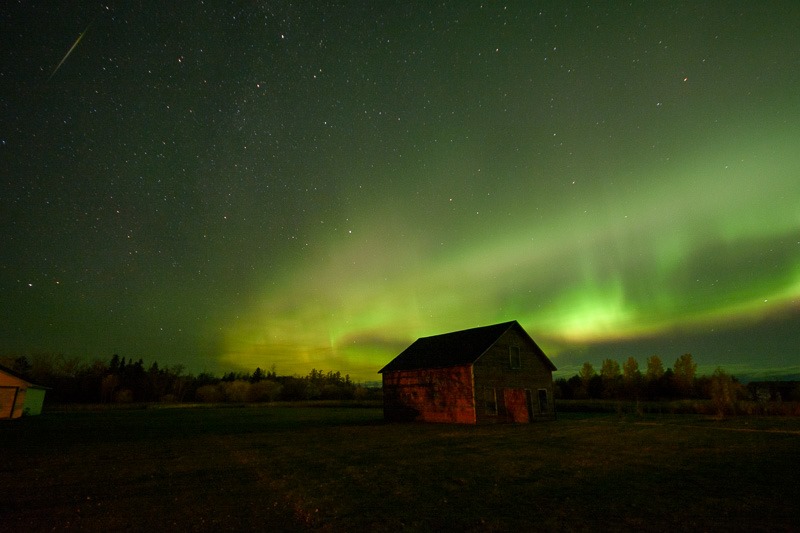 Barns, the church, I even caught a meteorite, seen in the picture above. It turned out that the clouds had left for the night and the sky presented us with a great show. Enough to have some creative ideas for photos. Unlike other evenings where you often need to shoot what you get before the lights are gone again. This night was great. 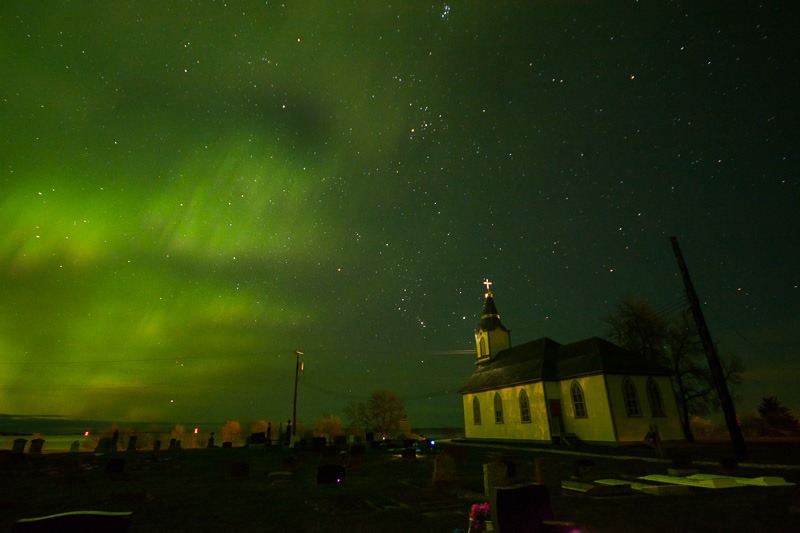 The church proved to be a willing model for some green exposure. The floodlight on the front of the church illuminating the cross was a bit of a problem, but I got rid of it in the end. No slingshot required. 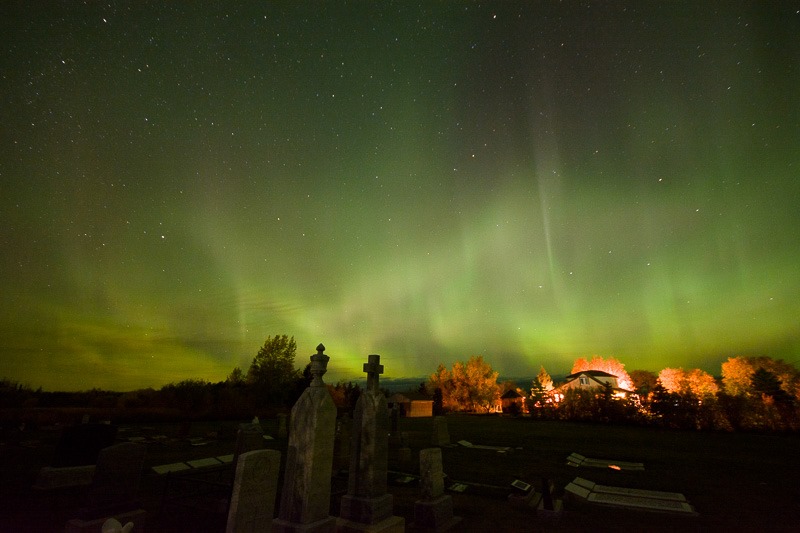 By that time the wind had also died down and shooting was a real pleasure. In the spirit of Friday 13th, I decided to get a shot of the cemetery as well, not aware of the fact that it was already after 2am and Friday had turned into a harmless Saturday 14. 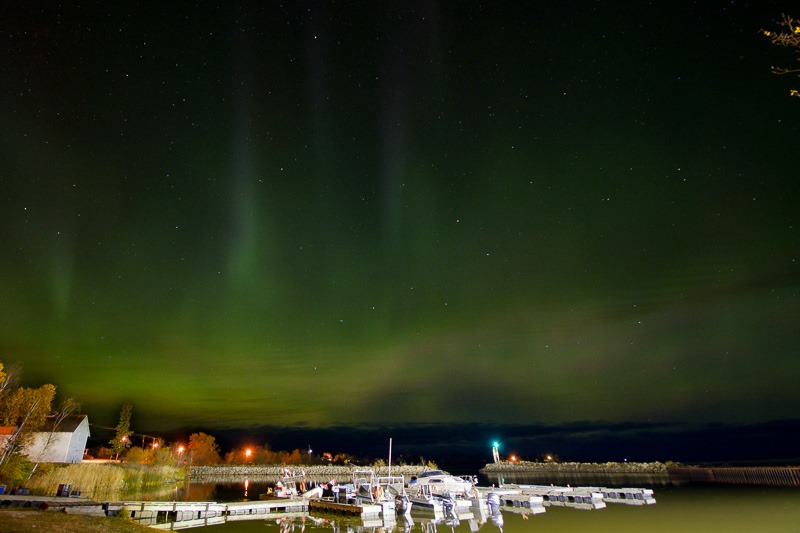 After shooting the church and its surroundings, the harbour was our next target. By now the temperature had dropped several degrees and I was not really dressed for that. At the same time, the day’s work and the no sleep night became more apparent. It was time to go home for real this time. 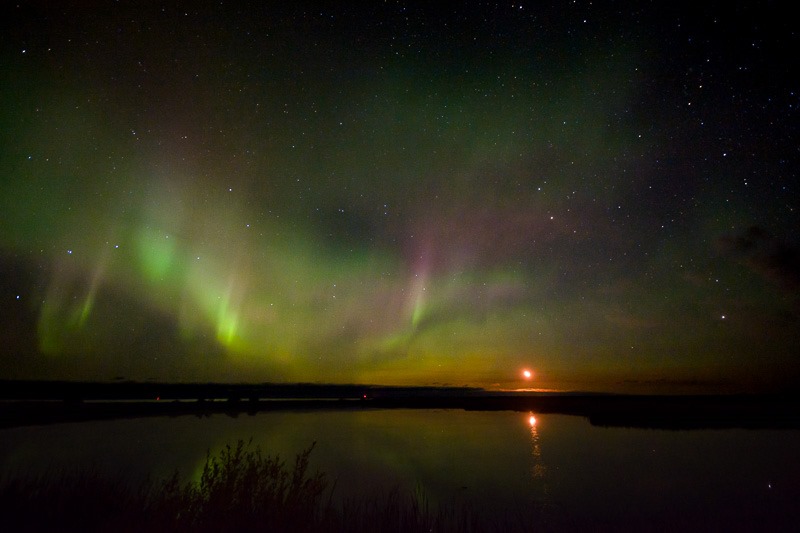 On our way back we noticed that the sky had taken on an eerie colour in the southeast. Unaware that by now the moon was about to rise. We couldn’t pass up on this unexpected beauty and stepped out of the car again and set up the cameras -again- . 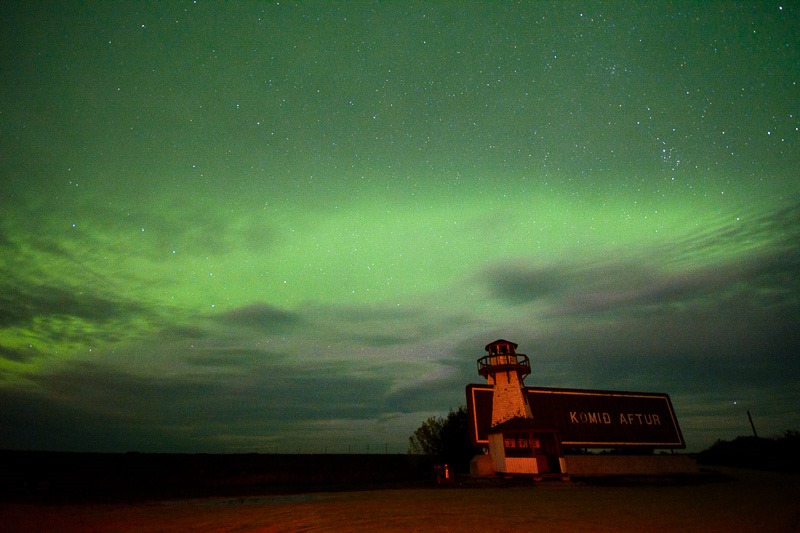 A few shots and we were on our way again. Hoping that the sign at the end of the island, just on the mainland keeps its promise and that more Auroras are still to come.