A few weeks ago, our sun had a few sunspots. Probably bigger than a few times the size of Earth. For ages, people have thought that there was nothing bigger than earth. Travelling the surface of the planet took like, forever. Then came the notion of the speed of light and the relative speed of the light from the sun to the earth. Eight minutes is what it takes for a photon to erupt from the surface of the sun and reach the earth. 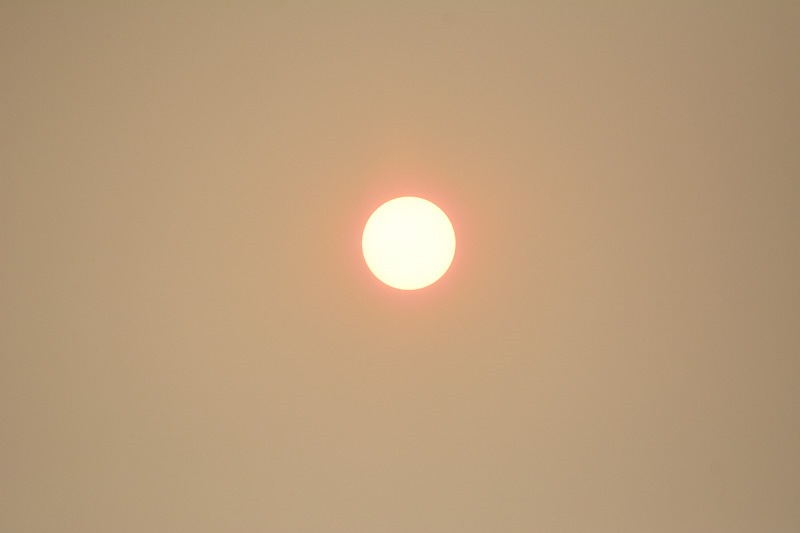 Galileo, who first opined that the earth turned around the sun, lost most of his eyesight to the search of sunspots. Spots barely bigger than a pinpoint on a sheet of paper in a dark room. Yet he found them and described them. He paid for his discovery with the loss of his eyesight.

Looking into the sunlight is not recommended for anyone. Pointing a camera towards the sun for an extended period of time will probably damage the camera.

When a few weeks ago there were a number of forest fires raging in Canada, the sun was partly obscured by the smoke in the atmosphere. The lead picture is a result of this haze. The light was sufficiently dimmed to be photographable without too much risk. Yet it remained a bright, featureless disk. Galileo would have been disappointed that day. But when modern technology allows us to darken that same image, we can get some more details out of that same sun shot. 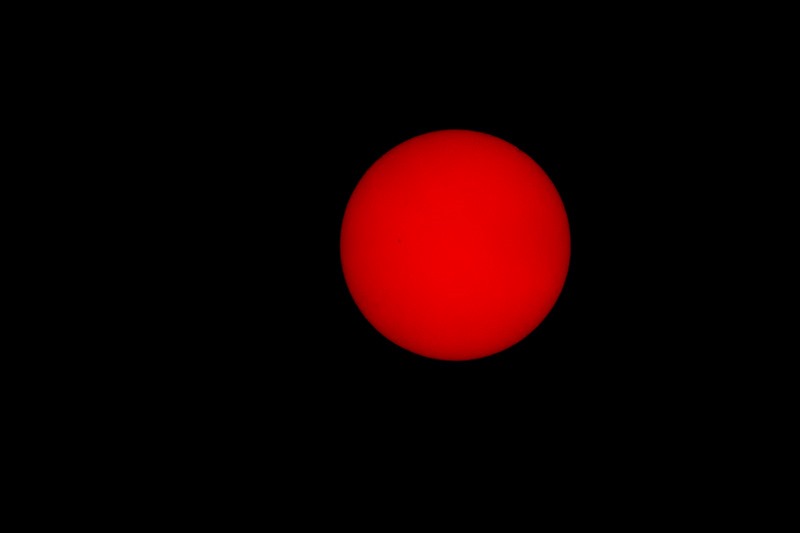 Our sun, darkened a fair bit

Faintly on the left side, just above the meridian of the sun you can see a tiny speck of “dust”. Let’s look at that a bit closer. 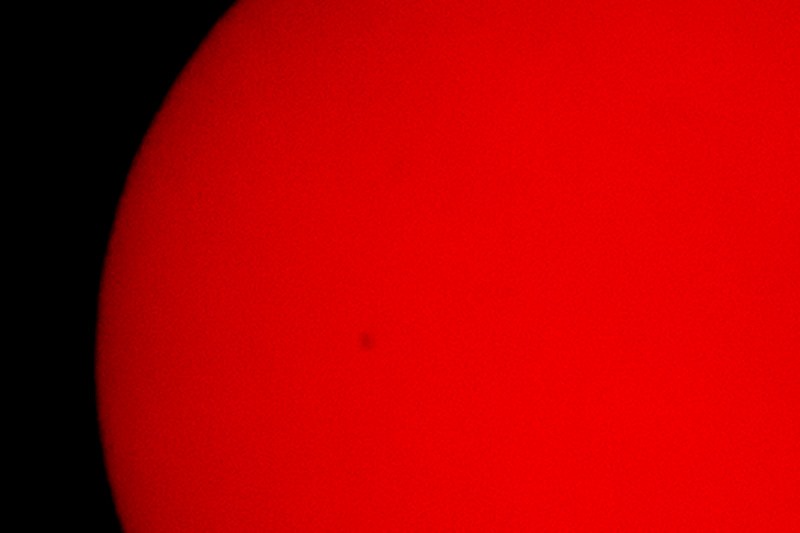 Some people will tell me that this is dust on my sensor and that it has nothing to do with the sun. They may believe what they want. This was one of the sunspots remaining on the sun’s surface after a big eruption a few days earlier. The spot in question here is roughly the size of 6 times the Earth. The sunspots erupting a few days earlier were ten times that size. The mass expelled from the sun was enormous. 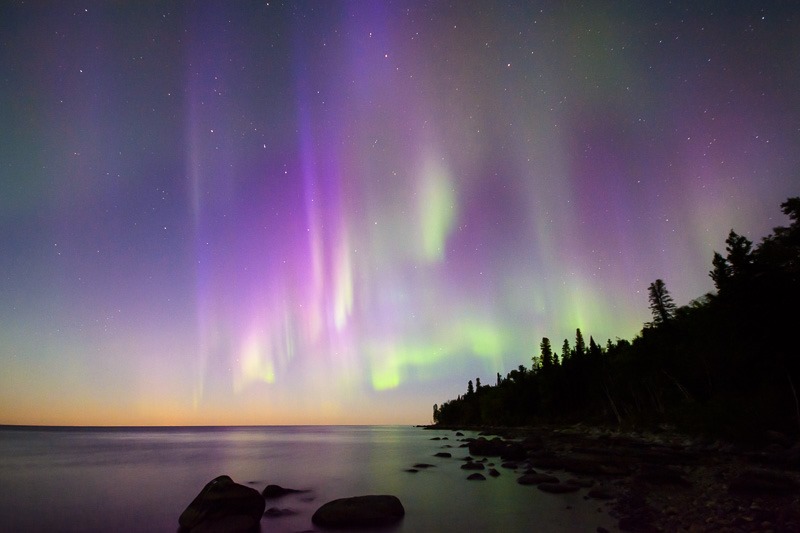 But it’s only when the sunlight disappears from our sight (with the help of some clear skies) that the magic of this seemingly harmless event comes to life. Particles from the Coronal Mass Ejection reach the earth a few days or hours after they have left the sun. Significantly slower than the speed of light. The particles are electrically charged in many ways. Stripped of their electrons, broken into pieces, they arrive at the earth’s atmosphere. 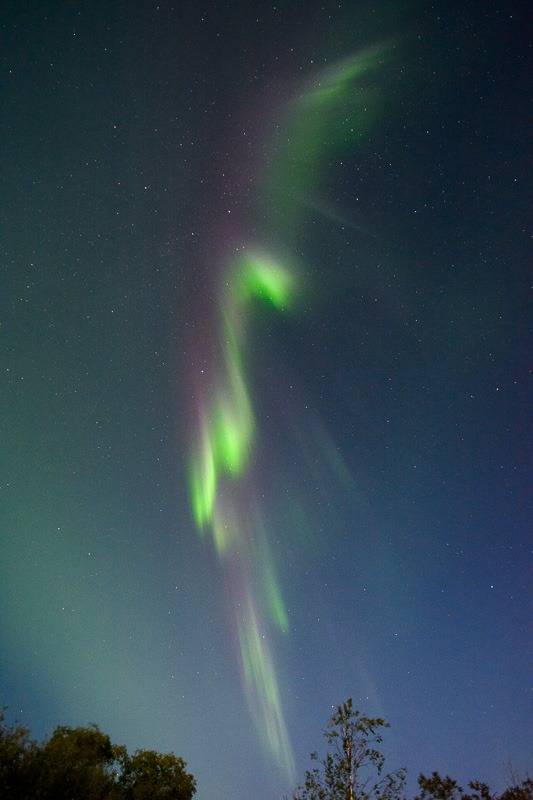 The corona straight up

With the help of the earth’s magnetosphere, those particles can go different ways. If the magnetic field is north-oriented, they bounce off the atmosphere and continue their trip through space. If the field is oriented south, the magic shows. The particles will now energize the atoms in the high atmosphere at around 70 to 80 km altitude. Well below the International Space Station. 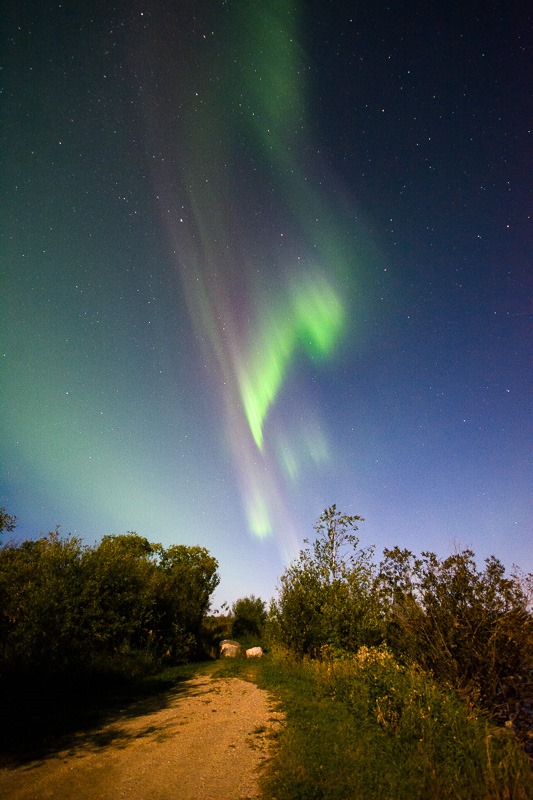 There they collide with the atoms, knock them out of whack, so to speak. The atoms react quickly by regaining their (or their neighbour’s) electrons. In doing so they emit visible light. The power of this event will then be about 140 Giga Watts for the earth. That is a lot of energy being absorbed by the atmosphere. Should that ring of gas surrounding us not be there, the earth would be scorched and electrified. In other words burned to a crisp. All in a matter of minutes. 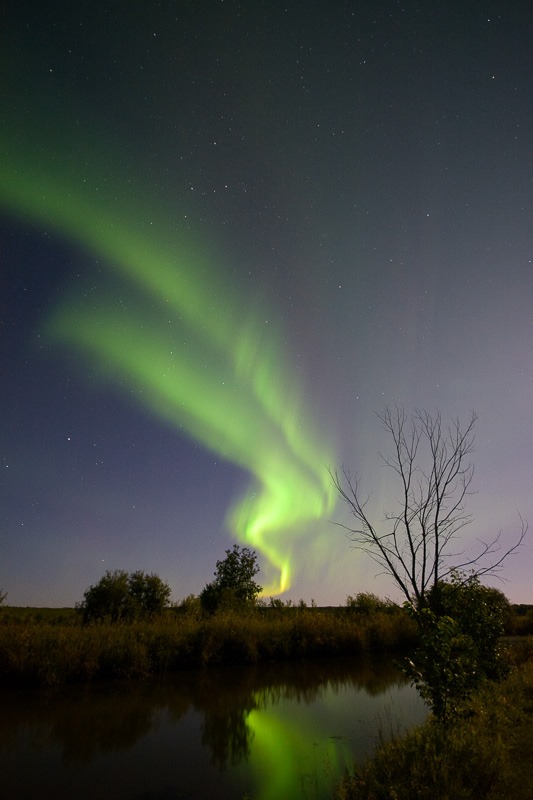 When the atmosphere is doing its job, I am the one going outside into the night armed with my camera. The Aurora Borealis, or Northern Dawn as the ancient sailors called it, may give us such a beautiful show that photographing it becomes a must. 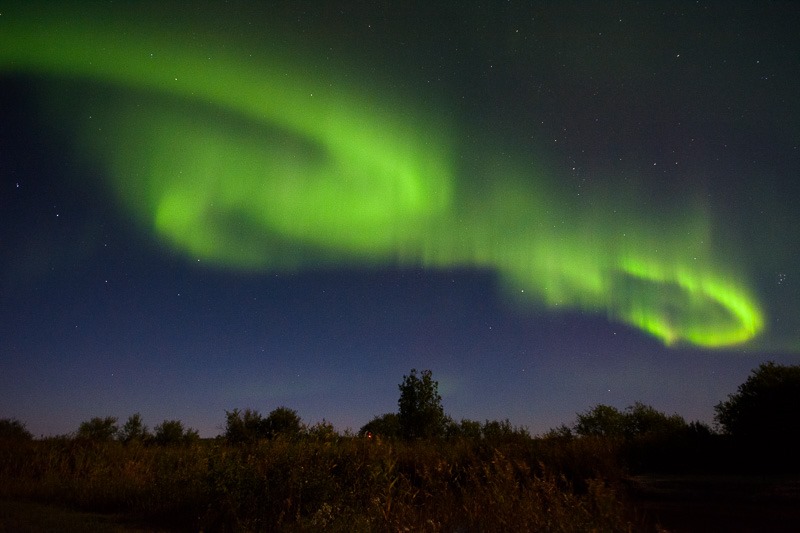 Not every time there is a CME, there will be Northern Lights. The upper part of the atmosphere, called magnetosphere, is not very stable. Its magnetic field can change direction at any time, causing the aurora to appear and disappear. Sometimes a huge CME has no effect on earth at all, and sometimes the lights can be seen as far south as Arizona in the US. 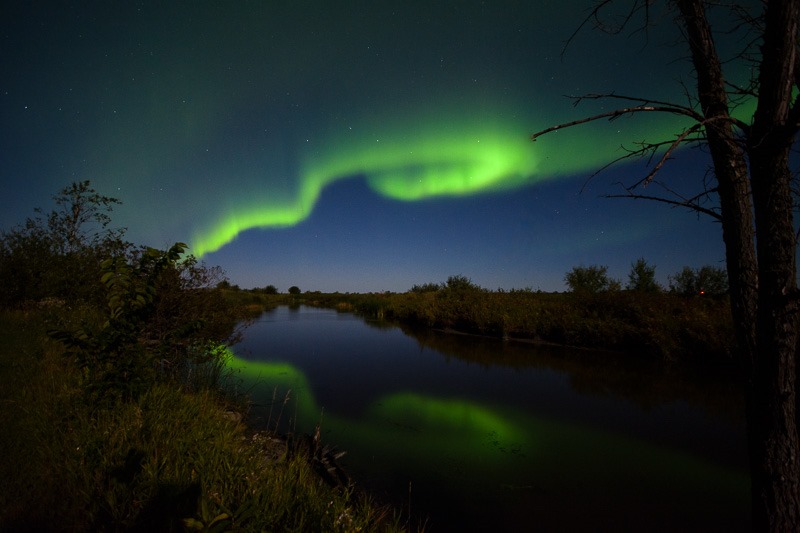 Every photographer here in Manitoba has tried to shoot the aurora, with more or less success. My first shots were far from a success and rather boring. But at least they were green and I knew that I had seen the Aurora for myself. Later I tried to find more interesting foregrounds to make for more interesting pictures. 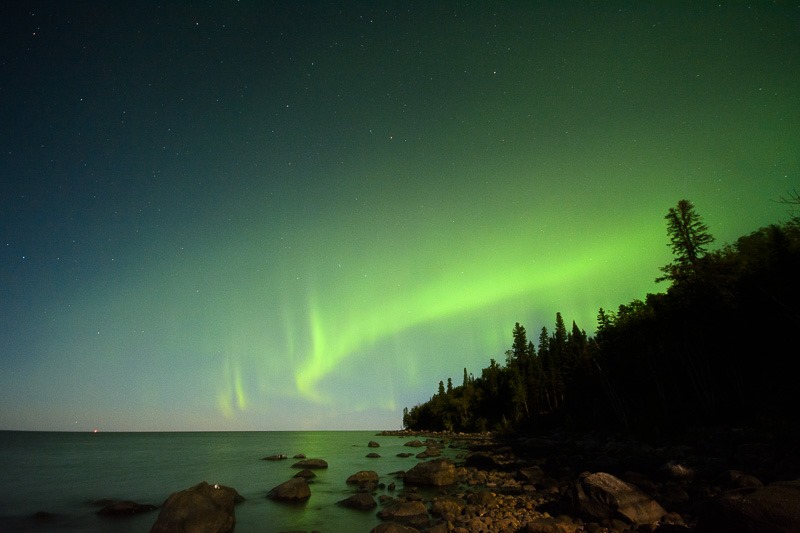 Aurora on the rocks

My latest outing was to Lake Winnipeg, shooting the lights over the beach. Well, rocks mostly. Just as with diving, rocks hold more interest than sand. A few minutes after this last shot the lights dimmed and I decided to head home. Looking in my rearview mirror just to make sure I was not missing out on another chapter of “The Lights”. This time they were done for the night.