However much your job is giving you what you need, you will want a change in scenery from time to time. Sometimes a weekend away from the house and the office will do the trick. This time it was my turn to get away from the hustle and bustle of the job and get off the grid. Well, get off most of the grid. There were still roads where we went but all the rest was “off”. 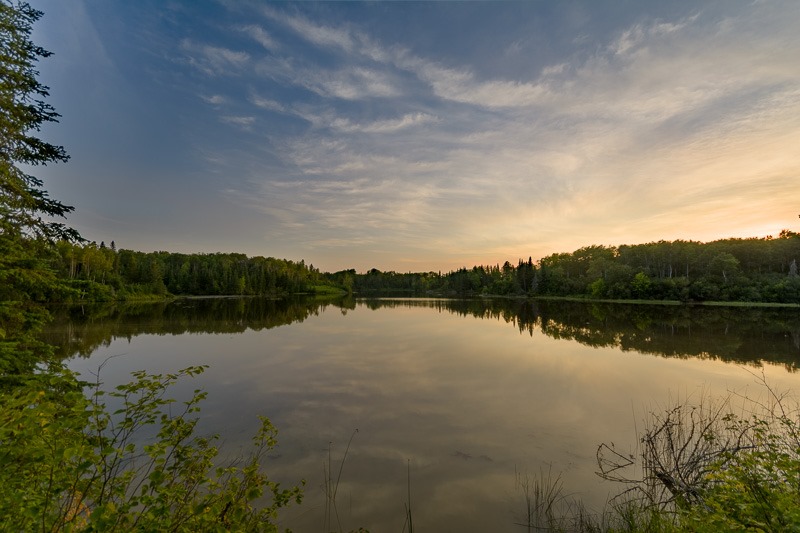 We were going to a quiet place called Manigotagan, up north into Manitoba. Once, this was a place of great activity. Trees were being felled, pulp and paper mills were nearby and the area had a 365 day per year activity rate. Today, that has changed.

Manigotagan is now a sleepy community of a few dozen people. The main activity is now a small community campground and a resort. The resort advertises with a sign that says “Drink like hell…” which didn’t give me enough confidence to go inside and try it out. We opted for the campground instead. 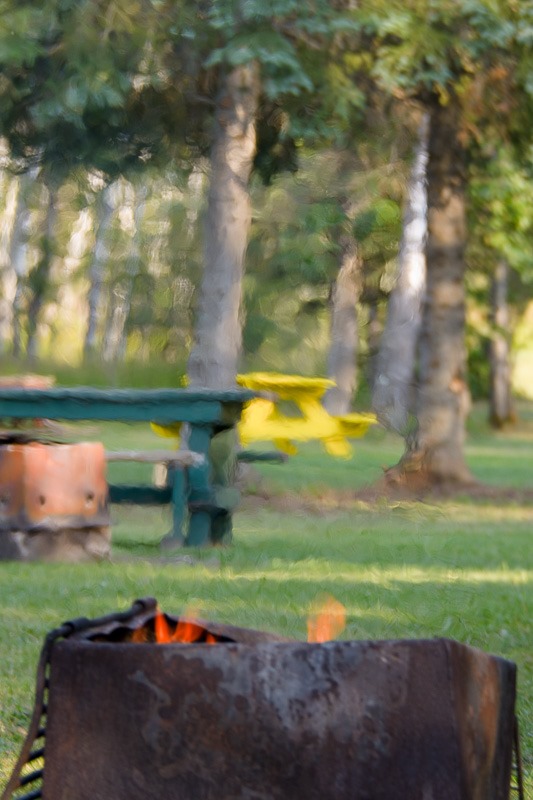 Distorted on many levels

We arrived early in the afternoon, so setting up the tent and sleeping gear was done in a very quiet pace. Laced with tea and cookies we got it done before dinner time. Dinner was made on a fire pit as is usual on all Canadian campgrounds and parks. The fire pits on this campground were in need of replacement we were told by Charlie, the owner/manager of the place. 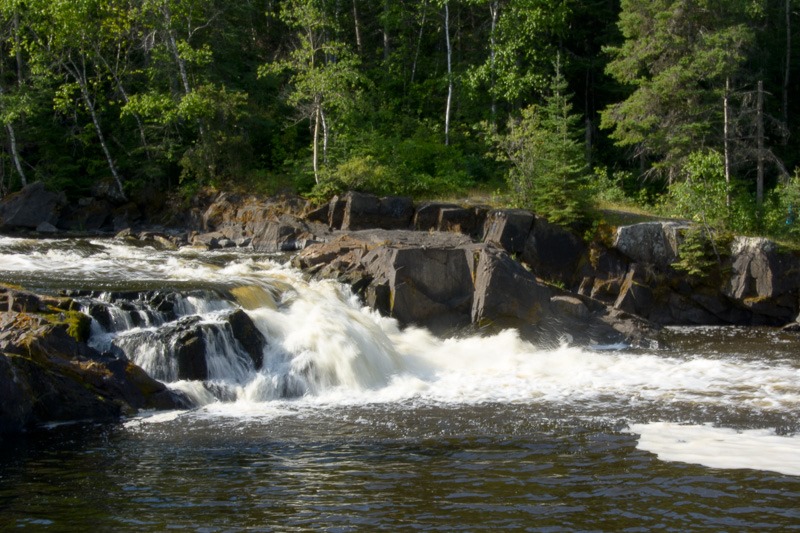 Adjacent to the campground is the Manigotagan River, ending in Lake Winnipeg not too far away. The last hurdle for kayakers that will have done all of the river are the Woodland Falls. A small waterfall that is friendly enough to swim in. We finally didn’t try the swimming part, we were busy exploring the surrounding area. 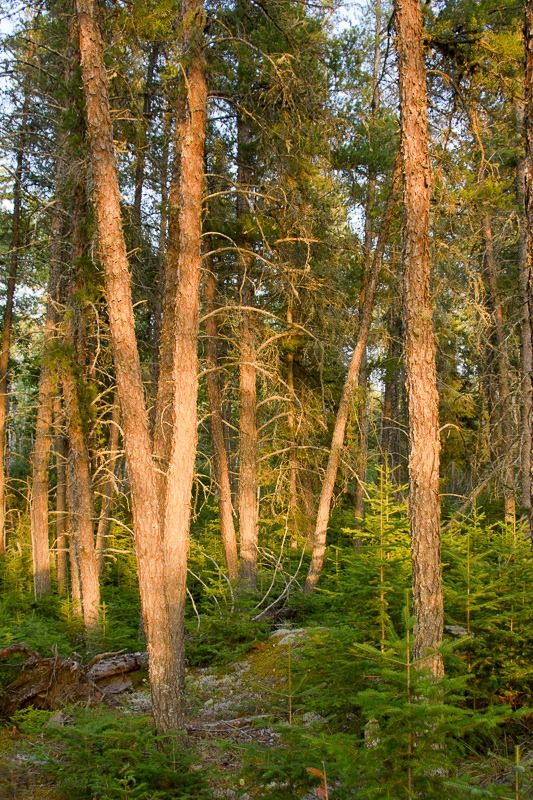 We were told that the area has a wolf problem, with 125 counted heads. Personally I was hoping to run into a few of them with my camera but no such luck. Luck that my wife would have done without anyway. Instead we were going through some wooded land. Woods in the evening sun turn into magic for a photographer even if you stay only on the fringes of those woods. 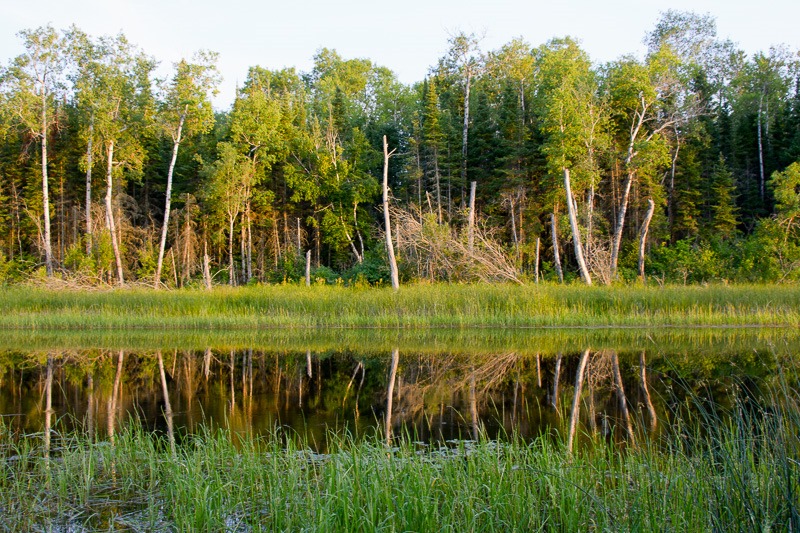 Once there was a wood mill on the river, today there is only a ramp left going into the river. Not exactly the place where you would launch your boat, though. This is just above the falls I told you about earlier. 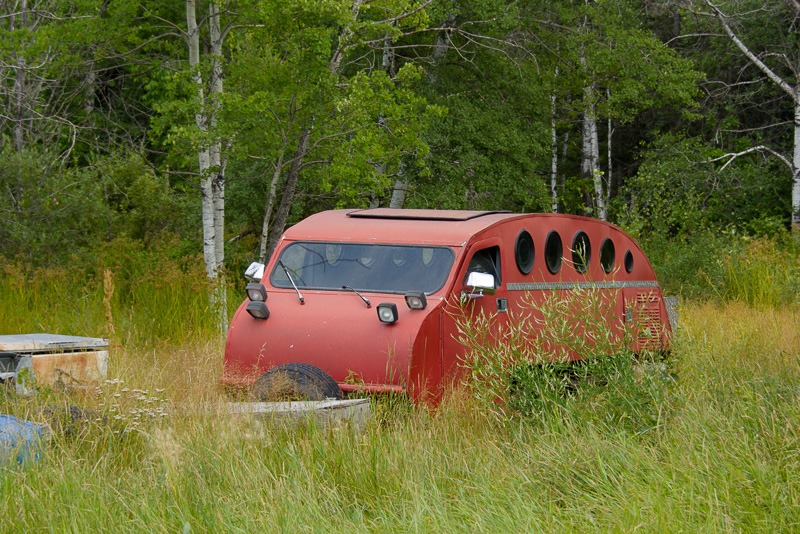 For those who are into rust photography, the area will give some nice results. In town, the first thing I noticed was what I believe is Bombardier from the 1930s. Apparently still in working order. It looks like there are still a lot of those vehicles around that are still working. A few years ago, I had the pleasure of riding one on of them. Heating was done using a wood stove inside the vehicle. I was not convinced that that was according to today’s safety standards… 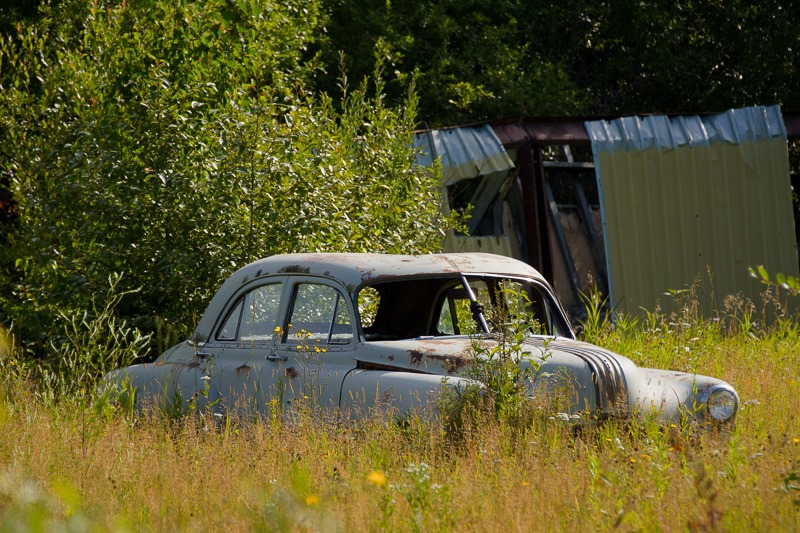 This one, however is not in my book of old vehicles. I have no idea what it is or was. I’m guessing from the 1950s but that’s the extent of my knowledge for this one. Perhaps start of the 1960s…? 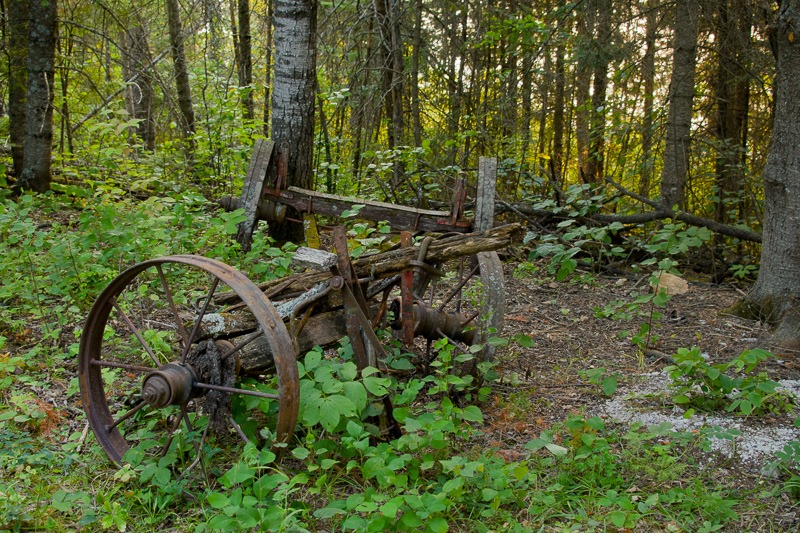 Chuck wagon, or what’s left of it

A little older rust is still available near the camp ground. This is from a wagon used until about 60 years ago. Then it was left to decay until the campground owner decided to take care of it and save it for the future. 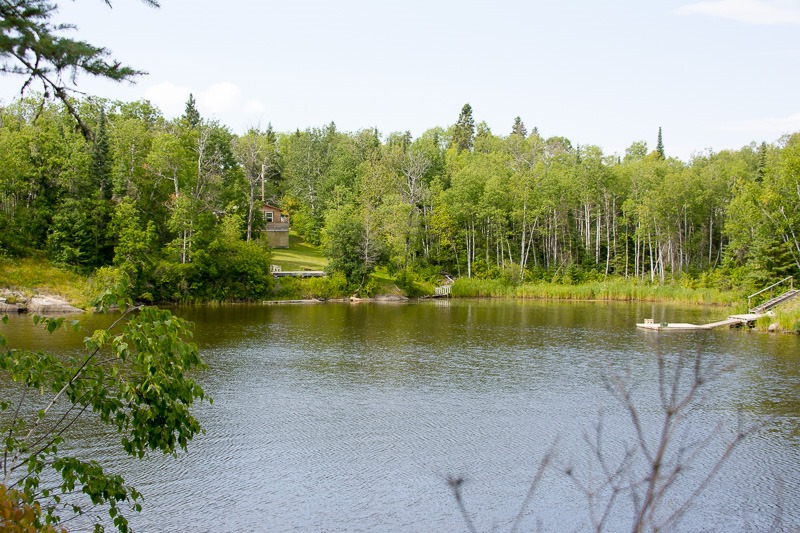 Then came the time to settle down again and let the stress from the city fall off our shoulders. The Manigotagan river seems to be used only for pleasure today and boaters were always around. I was lucky to get this shot during daytime. 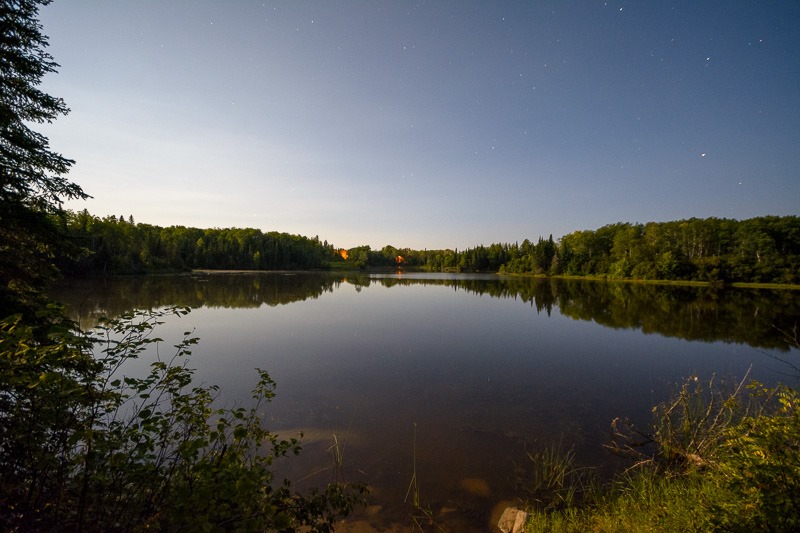 During nighttime, the boaters are not so intrepid and the waters are completely quiet. This shot was taken around midnight. When I looked at the ceiling of our tent, it was still light. I checked my watch to see if it were not 9:30pm or something but it said 00:35.  Yes, my clocks use European or military time. I have no patience for AM/PM and specifying which is which… While the lead picture of this post shows the setting sun on the right, the full moon responsible for the night light, can be imagined on the left of the night shot.

After a few more nightly shots, I decided that it was time to go back to bed. A nice morning to come with a trip back to Winnipeg.