Summer is here and with it come summer weekends, wildlife and summer storms over the prairie. All packaged in a wrapping of quietness and laziness. Well, for most of us. If you want to photograph that laziness, you’d better get moving before the summer is over. 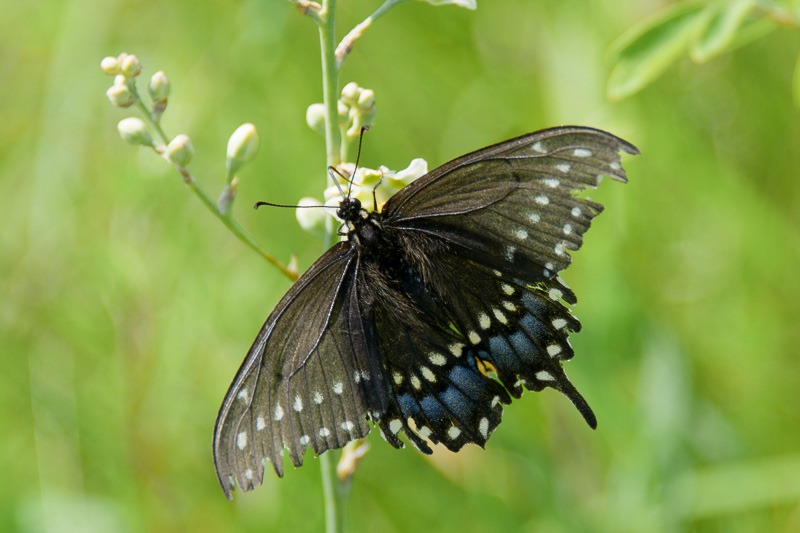 The weekend usually starts on…

Friday afternoon! Anticipation of the end of times (working times) counts as weekend for me

. So the first thing I do is look outside, since I haven’t had a chance to do that during most of the week. Lo and behold, a storm is brewing. Get the camera, find the car keys and get out. O, don’t forget to check the forecast, storm and tornado warnings. Last year I got caught in a severe storm, I am not going to do that again, willingly. 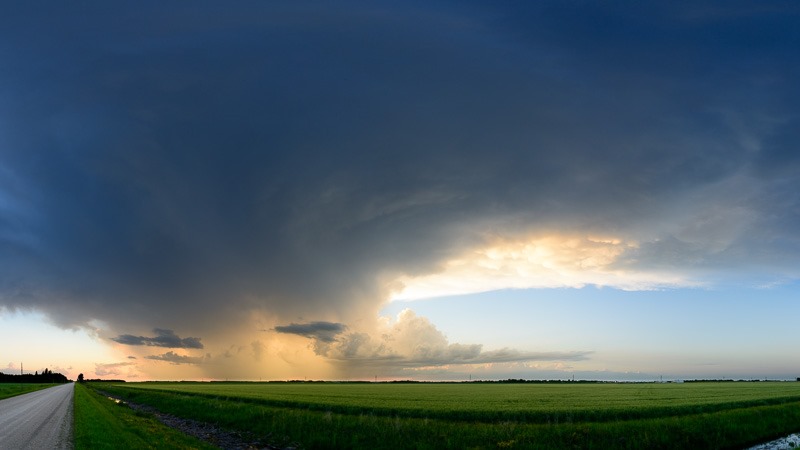 After a bit of driving, the storm was accompanied by a tornado warning, but there was no sign of something that interesting. The storm did make for some nice pictures. Above a panorama of 6 shots to capture the extent of the storm. While I was watching the storm, a man stopped by and started asking all kinds of questions, making me stop taking photos of it. Once the rain started and there was nothing left to see in the cloud structure he decided to leave. Happily I did get a few good shots. After that it was time to head home and wait out the storm. As it turned out, nothing much happened that night. 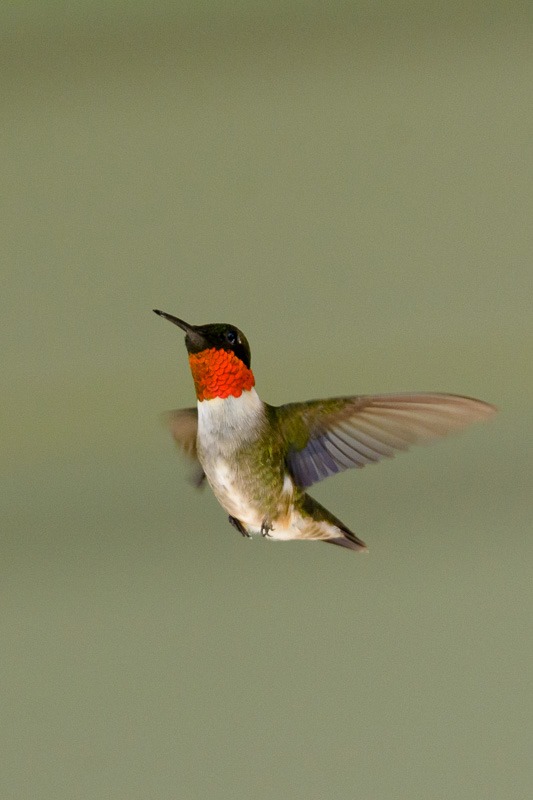 The next day I went out with a friend. He had spotted hummingbirds on a private property. Since we have permission to go there, we packed our gear and left shooting the hummers. Here in Manitoba we only get one kind, the Ruby Throated Hummingbird. This was the first time I had the opportunity to shoot the male, usually only the females show off in front of my camera. The ruby red throat was brightly shining in the sun for only a fleeting moment. Click! 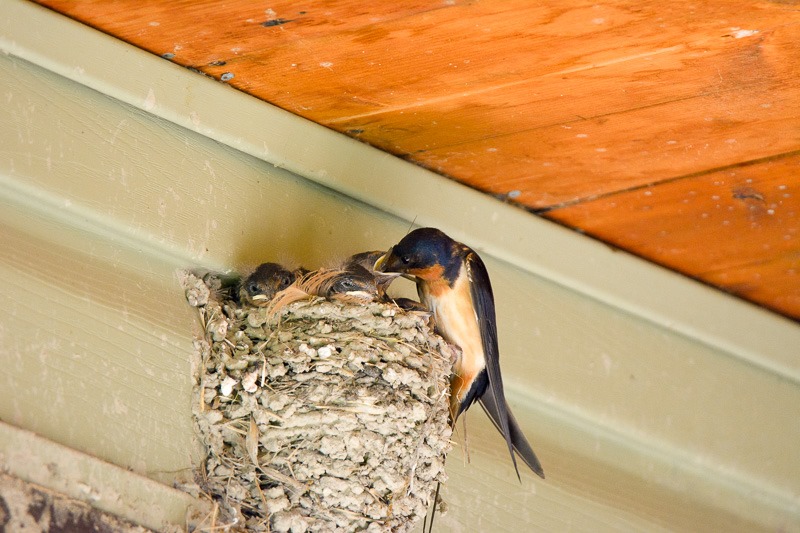 On that same property, Barn Swallows were actively taking care of the little ones. They did notice us, but didn’t seem to care that we were there. Feeding time (as well as lunch for me) is always a special moment to savour. After a while we decided that the flowers on which we wanted to shoot the hummingbirds were not advanced enough yet to get the really nice shots we wanted, so we left for home. 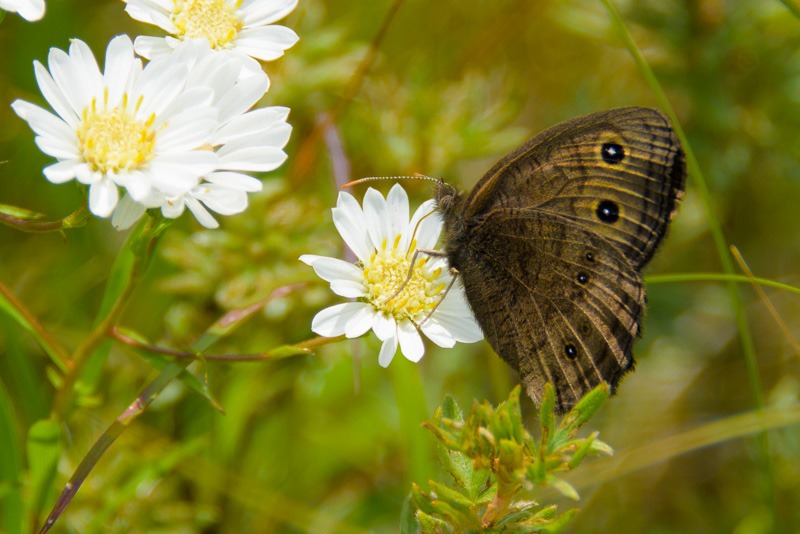 The next day, my wife and I went to meet up with another friend in the south of Manitoba, not far from the US border. In the Manitoba Tallgrass Prairie Preserve, butterflies were plenty, except that they all decided to flutter around instead of giving me a decent shot of their beauty. A common Wood Nymph was all I could get, together with the tattered Swallowtail of the lead picture. Then it was time to get to the pièce de résistance. 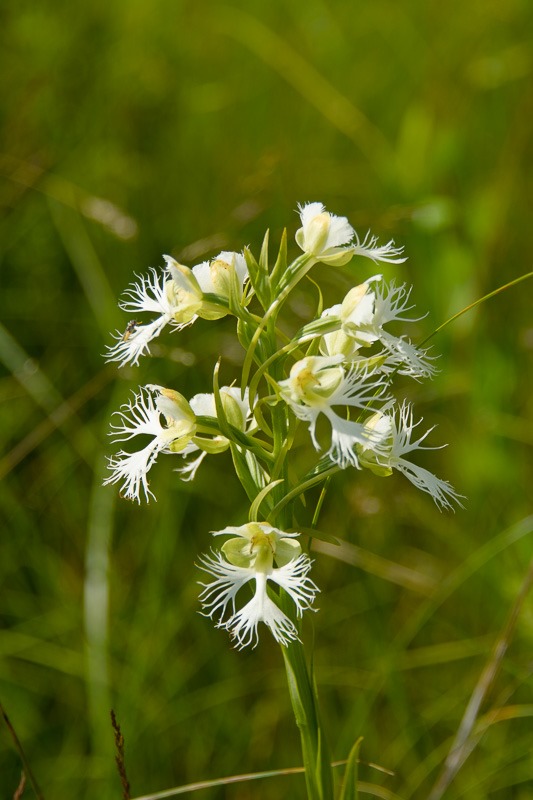 The Western Prairie Fringed Orchid. This endangered plant only grows in this area of Manitoba and nowhere else. It is believed that there are only 8000 plants left of this orchid in the world. Since this is a lazy weekend, I am not going to show you the other 150 shots I took of this unique flower 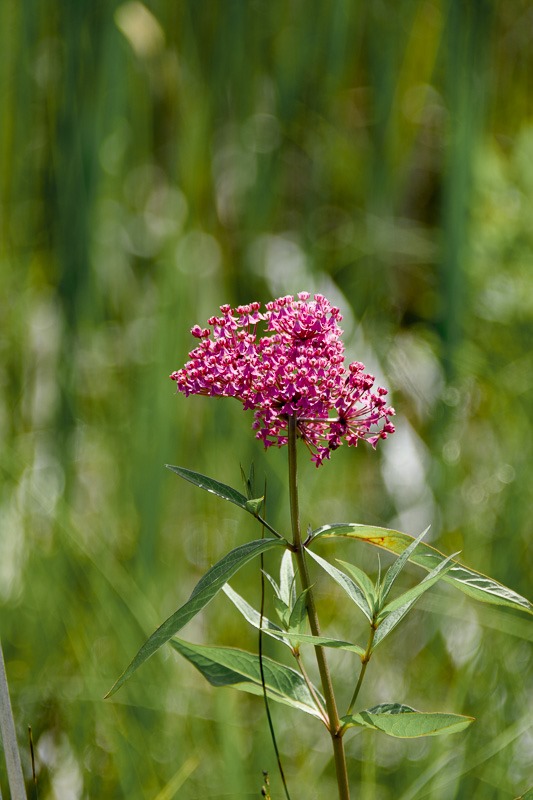 Milkweed, the preference of the Monarchs

A bit of milkweed favoured by the Monarch butterflies. There were plenty of them around, but they all decided to keep a non-photographable distance from us. It looks as if I will have to find some cooler weather so that they are a bit less active on the wing. 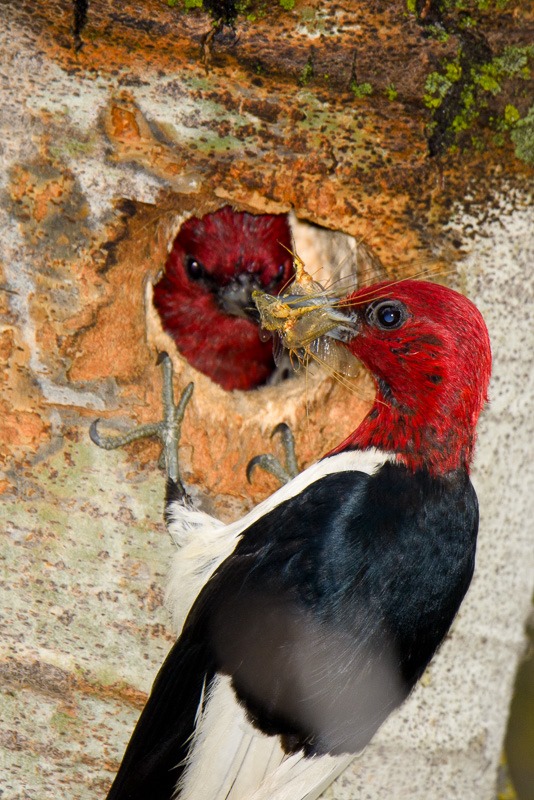 Then came the moment that I was waiting for for a bit of time already. Shooting Red Headed Woodpeckers. With a bit of patience, knowing where the nesting cavity was, the birds came back one after the other with mouths full of food for the babies. The babies stayed out of sight in the cavity, though. Feeding the offspring must be taking its toll on the parents. The normally vibrant colours of the red head were quite subdued and the feathers seemingly worn out. 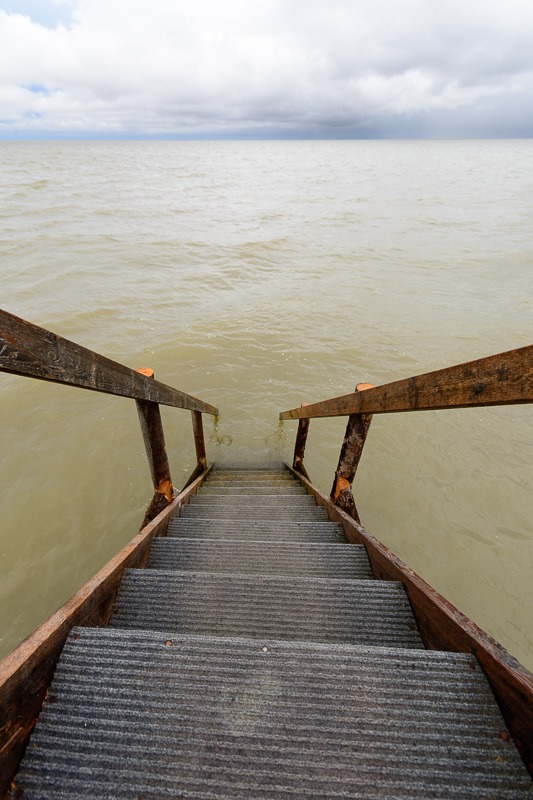 The last picture of the weekend was a bit of a watery shot. Dark storm clouds were building up over the lake, leaving us with few other options than to go back home and wait out another storm. Winnipeg was spared, lots of other places got more rain than they had bargained for. This staircase saw only a few millimetres rise in water level from this storm, though. I didn’t go down into the water, my car keys were not secured in my pocket…

Lazy weekends are for the lazies. When you want to get photographs worthy of being shown, you have to get out and shoot, never mind the weather. Never mind the time of the year.