When I was young, I listened to a piece of music called “Fishing junks at sunset”, performed by Jean-Michel Jarre. It is a very old Chinese song known as the "Fisherman's Chant at Dusk". At the time I thought my then favourite composer had written it. Recently, I came across “Fishing yawls at sunrise”. No song this time, not even music. 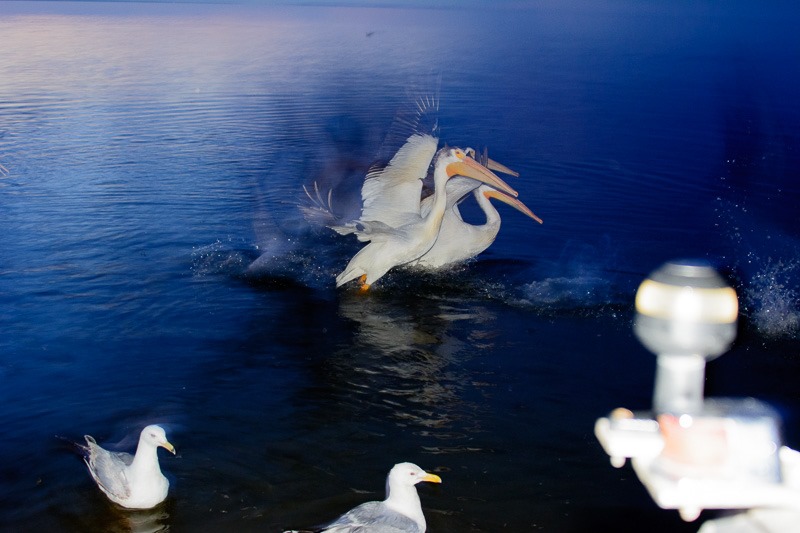 Just the serenity of Lake Winnipeg at 4am. I had the chance to go out with a friend and some local fishermen on their boats called yawls.

That meant for me getting out of bed at 2:20am, ugh. To my surprise I was wide awake at 2:15. Go figure. So I set off to meet my friend and together we headed for Winnipeg Beach, a town located on Lake Winnipeg. We arrived by 3:30am while it was still dark. A shimmer of light started at the eastern horizon. This is what is called the “Blue hour” as everything you shoot will have a serious blue colour cast.

Then the fishermen arrived and we boarded the boats. 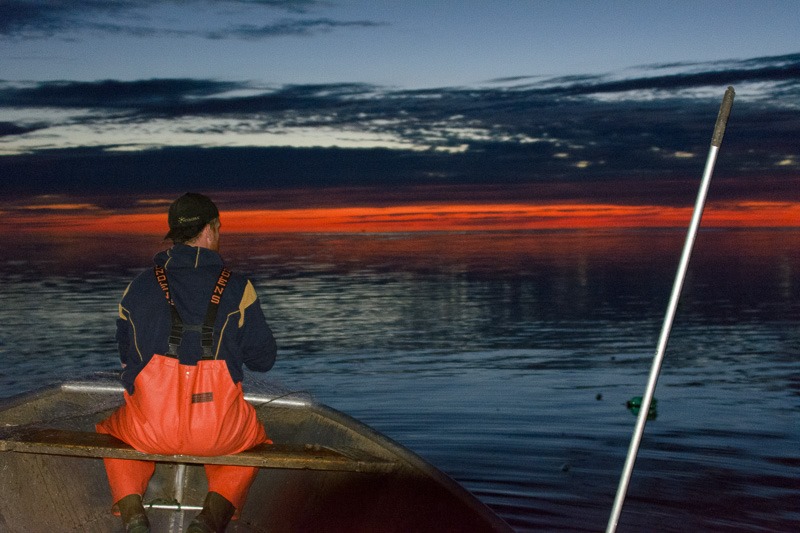 At first, my sole solution to shoot anything was high ISO and/or using a flash. I tried different methods for the flash, but liked none of them. So with a bit higher ISO, I tried to get some decent pictures. Not much success until dawn became a bit stronger. 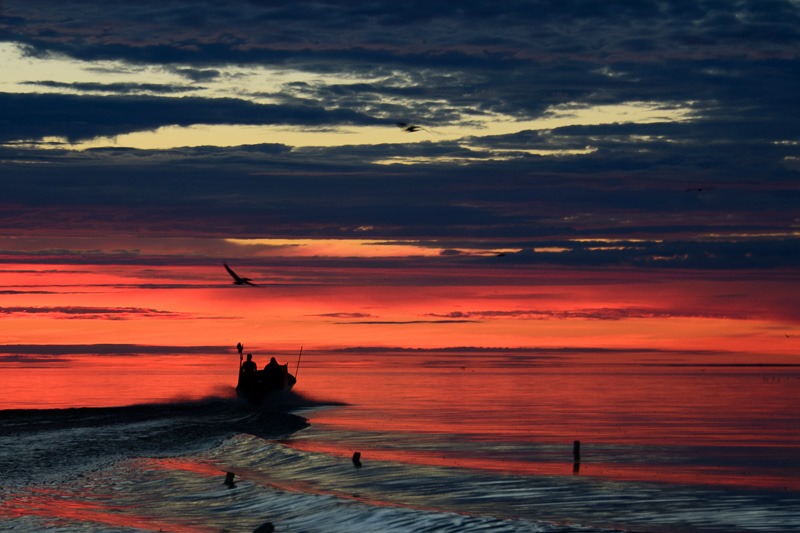 On to the nets

When you go out as a fleet, boats pass each other from time to time. My ISO was already more in check (400, I believe, unlike the 5000 in the previous attempts) and pictures became better. When the fishermen empty the nets, lots of “bycatch” or fish that is useless to them is also caught in the nets. They simply throw it overboard, which is a delight for by standing (or floating) birds. 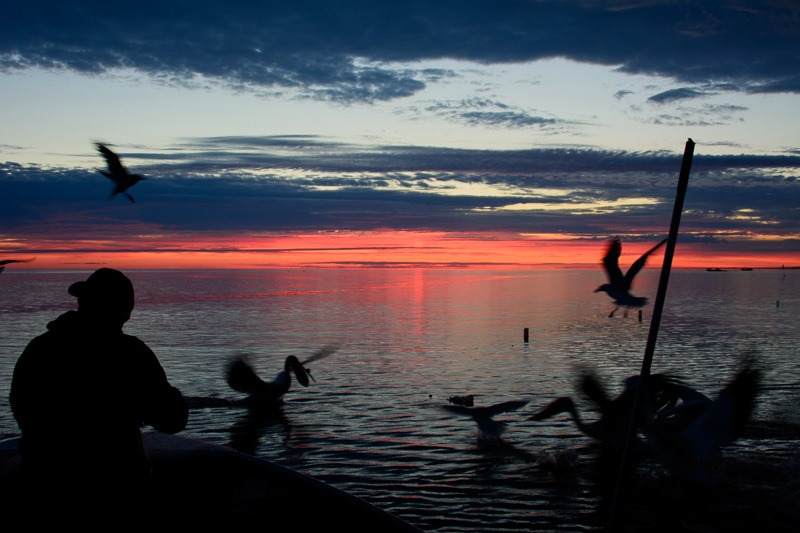 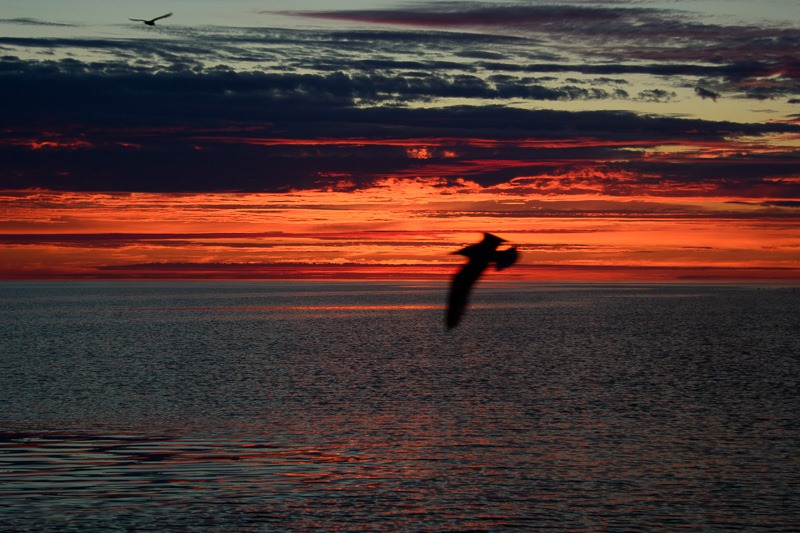 Off to better hunting grounds

They left for better climes, namely close to another fishing boat.

Just before sunrise, we had a little bit of rain which gave us a rainbow we’d “never” seen. I say “never” as we have seen it before, but it is a rare sight. 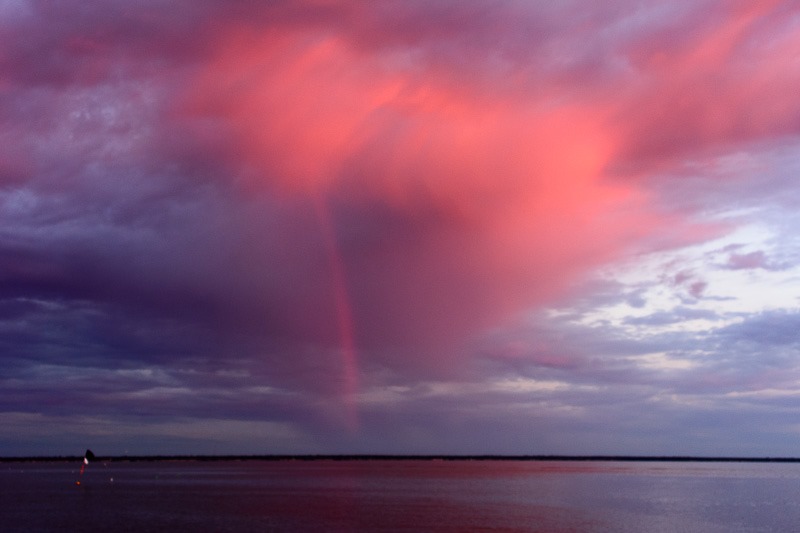 With the growing purples in the light after the blue hour, everything in the sky becomes purple, including the 7-coloured rainbow. A rainbow of a local little incontinent cloud at sunrise. There must be a poem in there somewhere 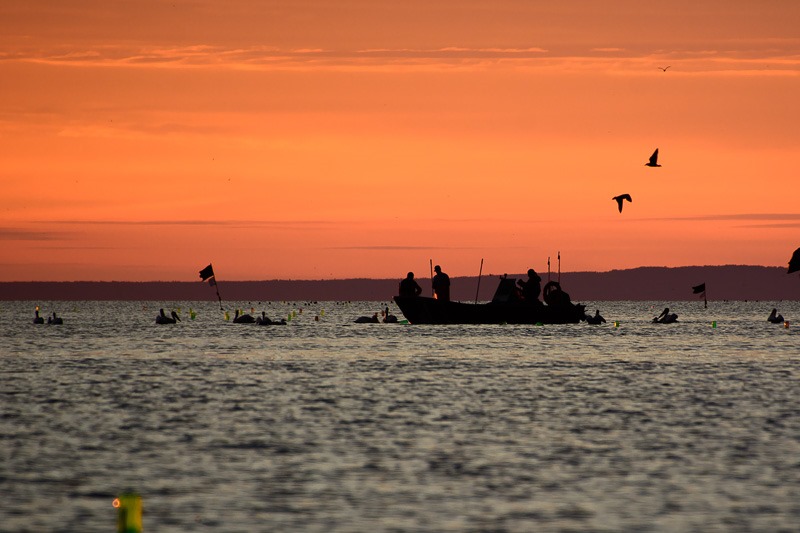 After that, the light became stronger and stronger as was to be expected during sunrise. Gone were the times of high ISO and flash, now was the time to shoot everything around me! Other fishermen more to the east of me became the precious subjects in silhouette. The ever present birds adding to the serene scene. My friend with who I came on this little adventure can be seen chimping at the back of the boat 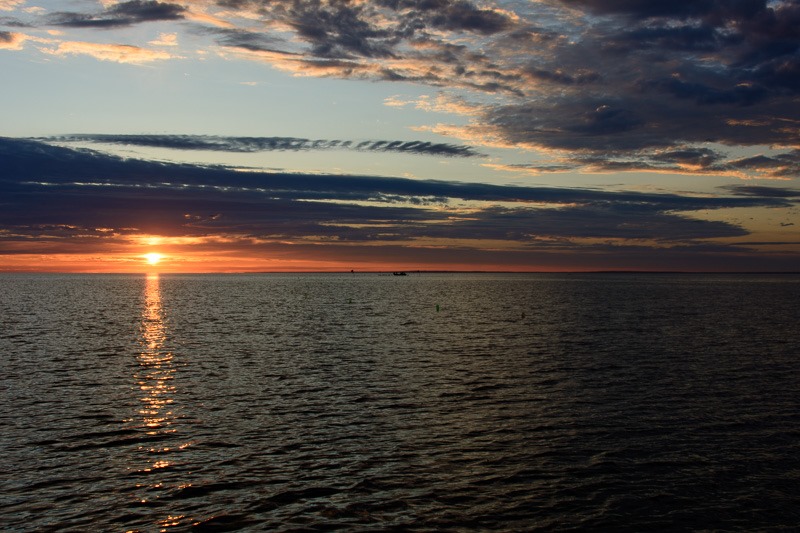 Finally the sunrise became real at 5:20am. Shooting straight into the sun is discouraged everywhere ever since I saw a photography book as a kid, but that didn’t dissuade me from doing it. Like they say in photography, there are rules, but they are meant to be broken for the sake of an image. Several rules were harmed in the making of this picture… 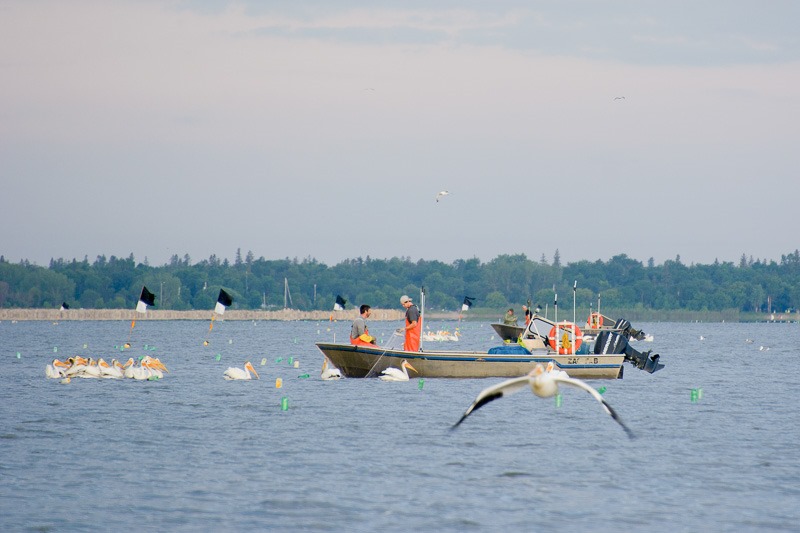 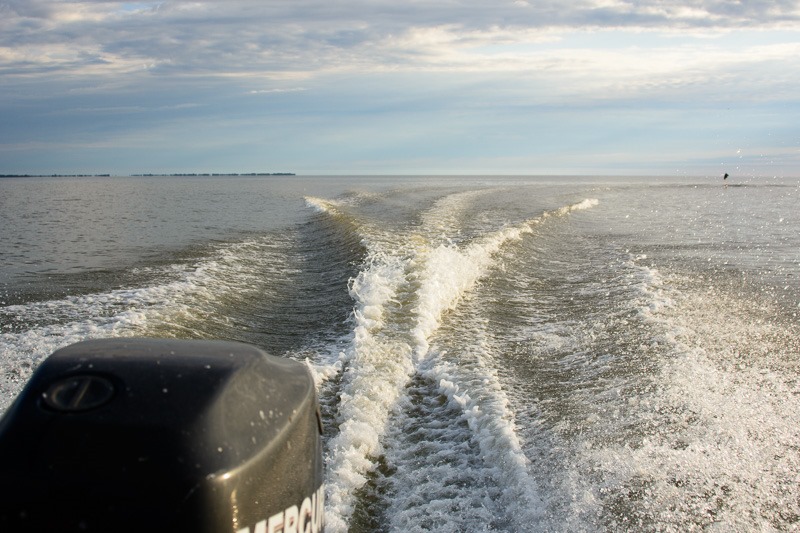 When the nets were set for the next day of fishing, the only way the boat wanted to go was back to the shore. As fast as possible, if you please…

And so ended a 4 hour trip on Lake Winnipeg. We may offer this experience to a limited number of photographers in the near future, all depends what we can propose the boat owners for this. Fishing season is closed as of today, so possibilities should exist…