Sunday at the beach

For some it seems long ago, but a few days ago we had a nice weekend with warm weather. Too warm for the season, as it turned out. It wouldn’t stay that way for long. Long enough for a nice day out at the beach, though. We didn’t go with the intention of bathing or even sun tanning, but with the idea of shooting some wildlife and spending a lazy afternoon with a book. 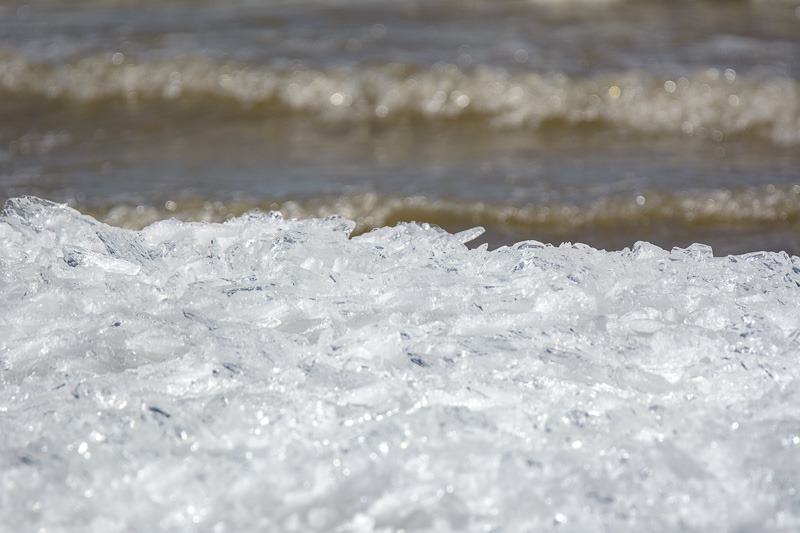 The book was for my wife, the shooting was my part. The beach in question was Grand Beach, situation on the south-eastern side of Lake Winnipeg.

Lake Winnipeg is as big as half the surface of the country of The Netherlands. Once the wind starts blowing over that body of water, it cools down or warms up very quickly. This time it was cooling down as large parts of the lake were still frozen. With that freezing northern wind, there was no way to go and lounge on the sand with a drink and some music. It was more in the style of “Look, see and get out”. 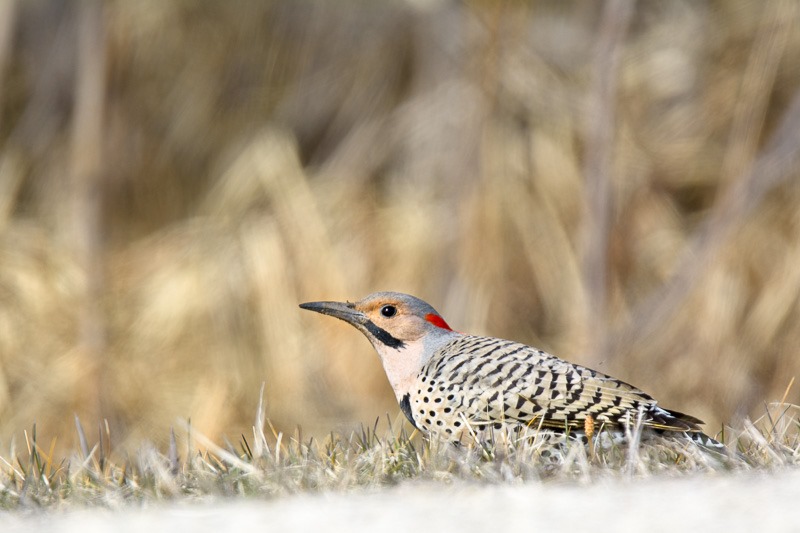 Wildlife in the form of birds, though is steadily returning to the province after a winter’s stay in the south. Some animals simply don’t like it here in the winter, they have no ways of digging through meters of snow to get their food. Their only choice is to move away to greener regions. This Northern Flicker like to feast on worms and insects, but was not born equipped with a shovel. 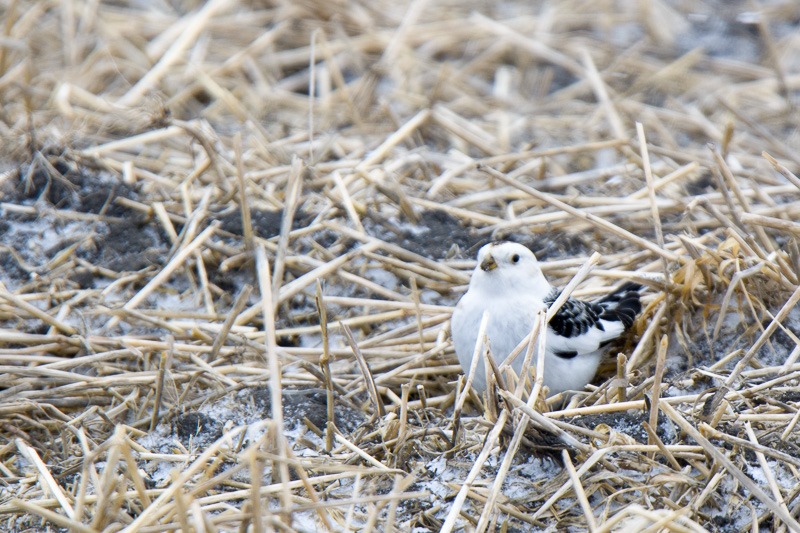 This little Snow Bunting on the other hand was a surprise at this time of the year, usually they have already moved further north, to stay in the snowy areas of the continent. It was a nice find, though. They are very skittish, the fact of slowing down your car already makes them fly away in flocks. This one was too busy feeding and didn’t notice the car until it was too late. CLICK! 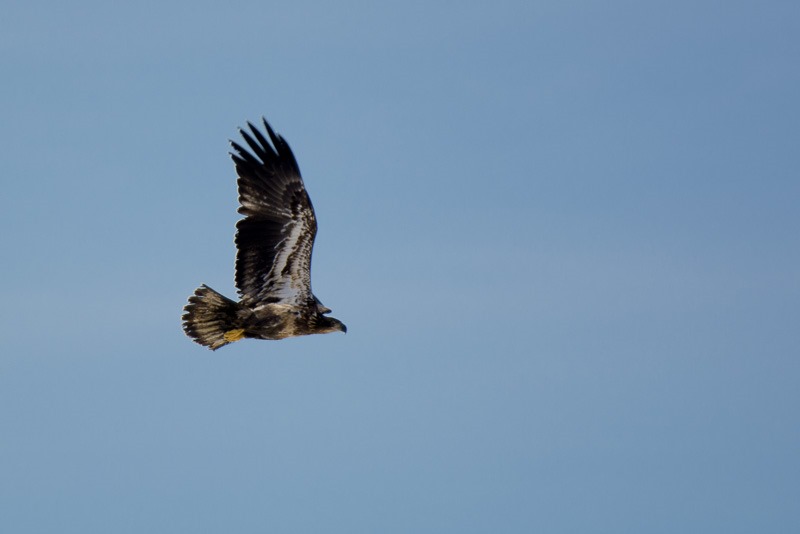 Other birds need open water to survive on fish and other snacks. Osprey thrive on fresh fish and this one was no exception. Going back and forth over the water, finally he or she came back to the nest with a meal of fish. Breeding will start soon and they will need all their strength for it. Cold weather can still strike at a moment’s notice. 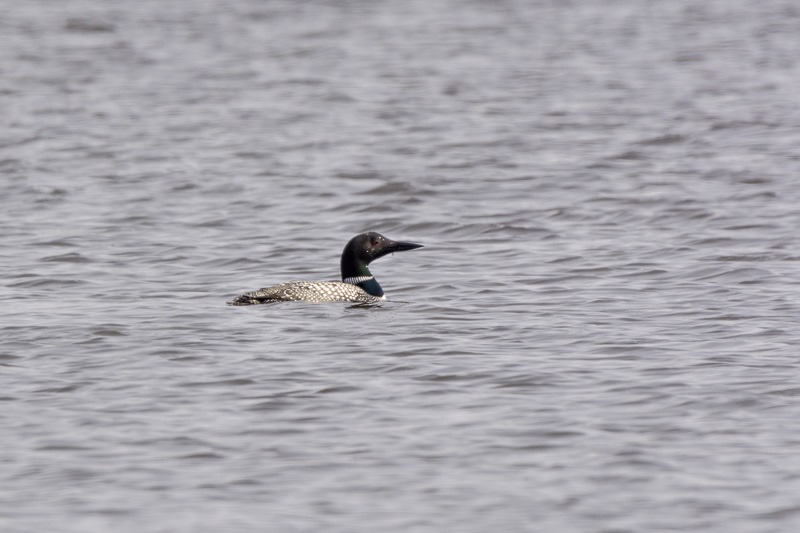 Common Loons as depicted on Canada’s one dollar coin are also coming back, even if it is only to pass through to their northern breeding grounds. This picture was taken from pretty far away. Once I spotted it, it was close to me, but it decided to dive and swim under water. I had no idea of the distances these birds can swim before coming up for some air. By the time I spotted it again it was at least 70 meters away and nearly too far for a decent picture. 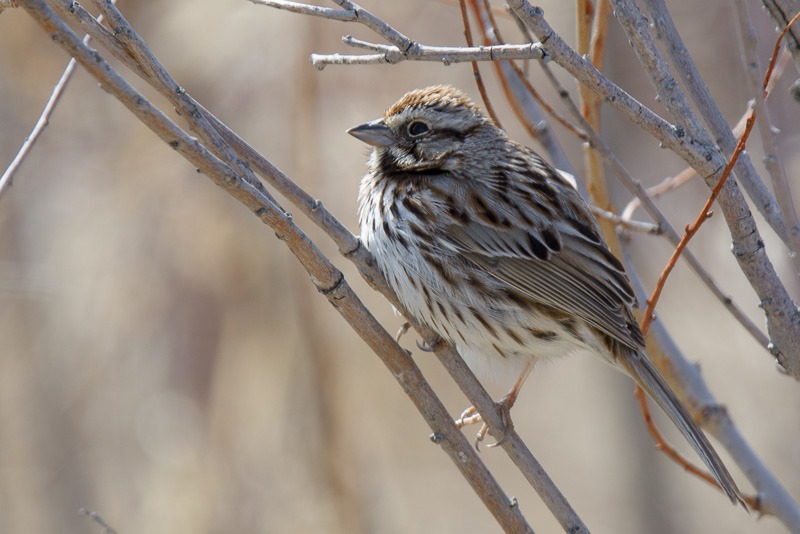 Songs Sparrows gorge themselves on the seeds of last year’s trees and have a feast. This one was a straggler as the rest of the flock was moving away fast. It wasn’t bothered by my presence at all. Identifying these little birds is always a bit of a challenge, you never know what “version” of what bird you come across. 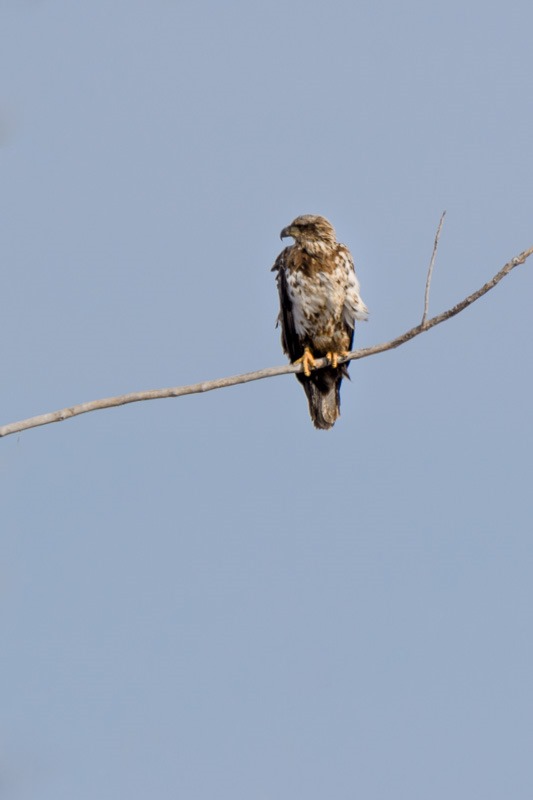 Birds that are easier to recognise are Bald Eagles. The above bird was a bit far away, with lots of marshy ground between me and its perch. When I tried to come closer the effect was double: no more bird and wet feet. This was a juvenile, perhaps it still needs to learn that I mean them no harm 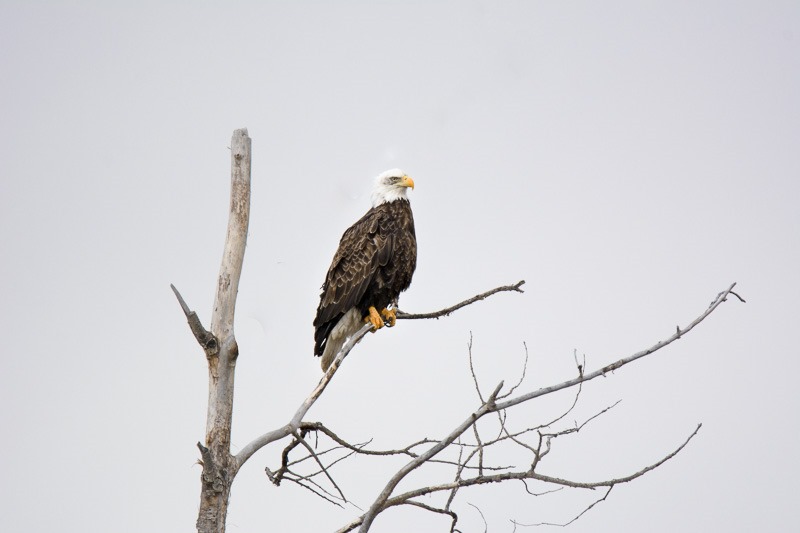 Adult Bald Eagles are easily recognised in their black and white tunic. Male and female have the same costume and cannot be distinguished unless you have them in your hands. I am not one to want to experience the wrath of the talons of these birds, I am convinced that the bird will have the upper “hand” without proper protection for me.

A quiet, but fruitful afternoon at the beach. No swimsuit was harmed this time.