History, one of my favourite subjects. Now, not when I was in highschool. Far away history like the Renaissance or the last Ice Age have always fascinated me. Unless I needed to learn the facts and dates by heart to recite them later on in a quiz. Today I was thinking about my own recent photographic history and in particular the month of November. 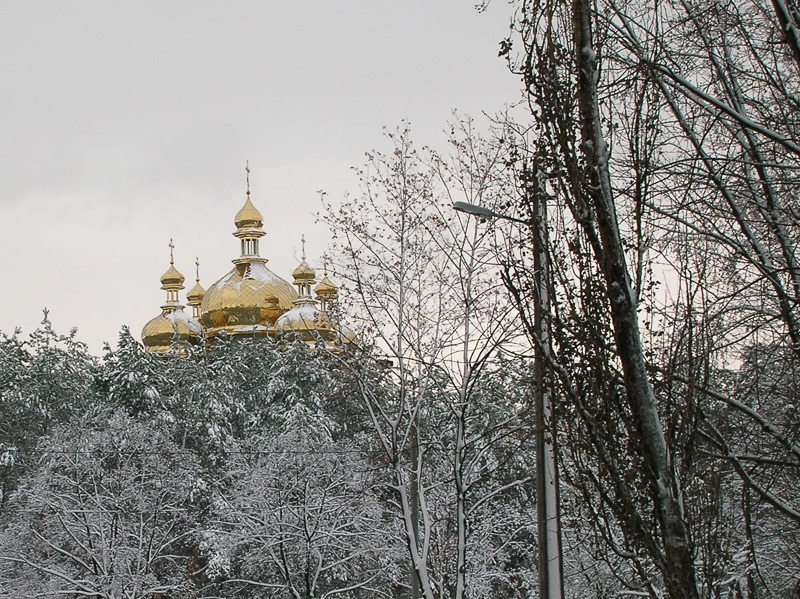 November is usually the month when winter starts. At the same time, we continuously complain about the fact that the weather is “not like it used to be”. So why not go back for only a decade and see?

In 2005, after a long hiatus in photography, I finally had the chance to buy myself a camera again. Even more, a digital camera that would not eat up all my pocket money in film and developer, fixer and stabiliser, paper and time. A digital camera would allow me to take unlimited pictures, for as long as I had a computer to store them on. Bliss all over. The lead picture was taken in Kiev, Ukraine, at the Lavra Complex in the centre of the city. It was the first winter in over two decades where I had some snow. Not much, just a little. 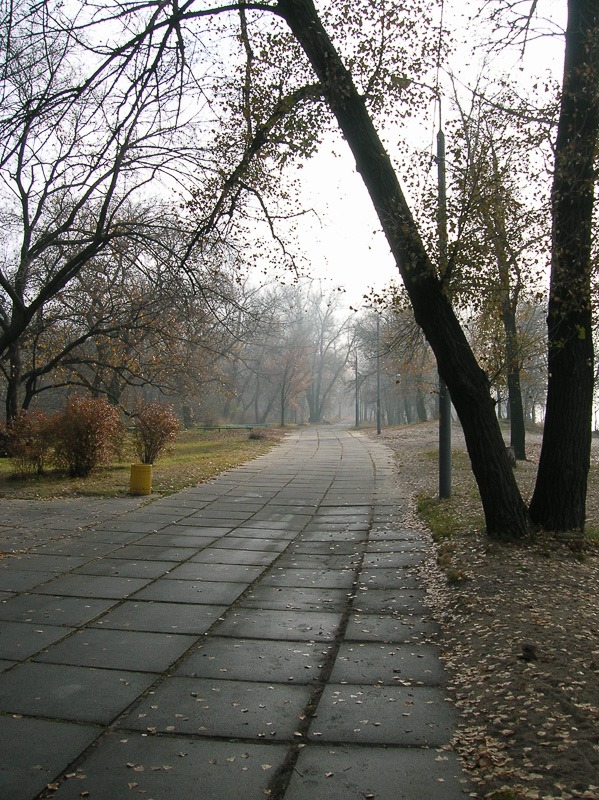 I had arrived a while before and had heard about the harsh Russian winters. Remember Napoleon getting his butt frozen off in 1812? No? Me neither, but the stories of the icy cold winters kept my imagination alive. Now I was finally close enough to experience that for myself. November 2005 was not very cold. Kiev’s Hydro Park, in the centre of the city on an island, showed few signs of winter. Nice fall colours, yes, but no winter. I remember taking this picture on an early Saturday morning, before most people arrived in the park to enjoy their weekend. 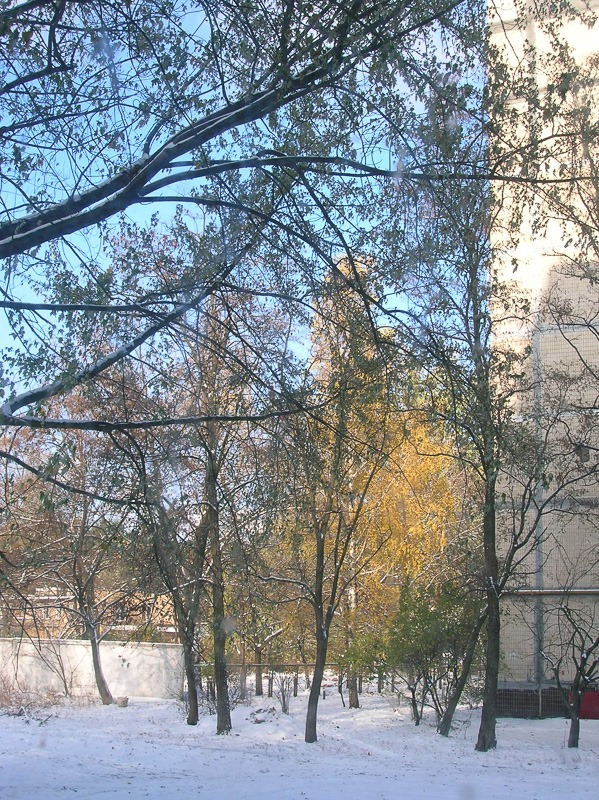 2006 was a little colder, this picture was taken at the base of our apartment building. A building in the style of the old soviet monuments, sturdy, but without any character. All of them were made the same, even with exact copies built in different cities. This was done in such an extent that a now famous New Year’s movie from 1975 revolves around that fact: “The Irony of Fate, or Enjoy Your Bath!” It’s a Russian spoken movie, but English subtitles are available on the Internet as well. 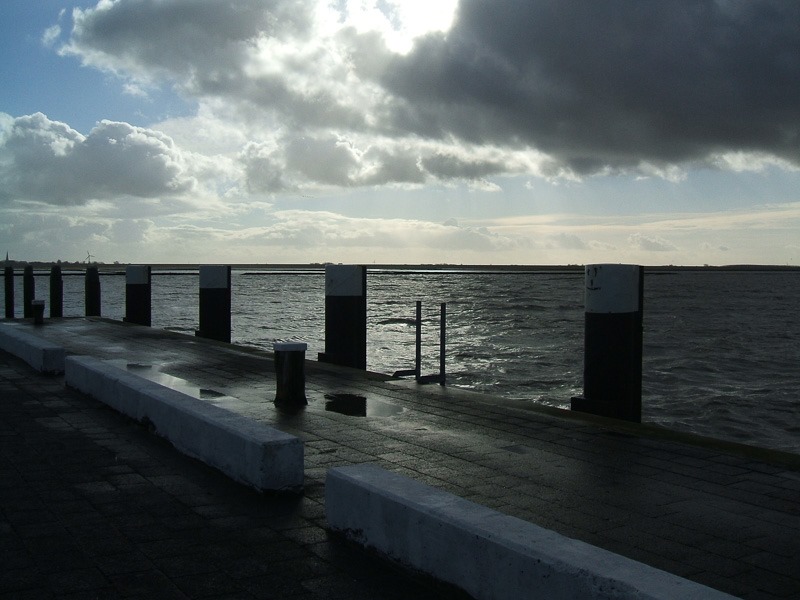 In 2007 I was in Holland, visiting my parents and restoring my visa for Ukraine. As it turned out, I was still only a tourist in the country, even being married to a Ukrainian wife didn’t make a difference. Out I had to go. Winter in Holland has never in my life been a very cold time. Only a few times there was the “Elfsteden tocht”, a course on natural ice for over 220km. Canals, lakes and ditches are then used to channel the hundreds of sportsmen over the ice. A winter of that kind usually lasts a few weeks. The last race I have witnessed didn’t even have snow on the ground. Skating between the green grassy fields… 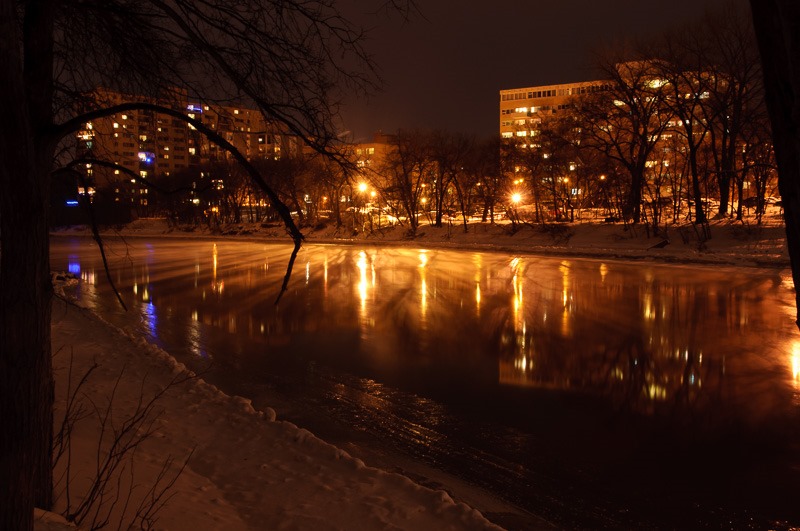 In November 2008 I arrived for the second time in Winnipeg, this time with the intention to stay. I wasn’t sure at that time if that were to be possible yet, but wheels were set in motion to make things happen “the right way”. No cheating and no invoking of refugee status. Anyway, who would believe me to be a refugee from Holland, a country Canada had so hard fought to liberate in 1944 and 1945? There was barely any ice yet on the Assiniboine river at that time, the glassy appearance is only due to a long shutter speed… 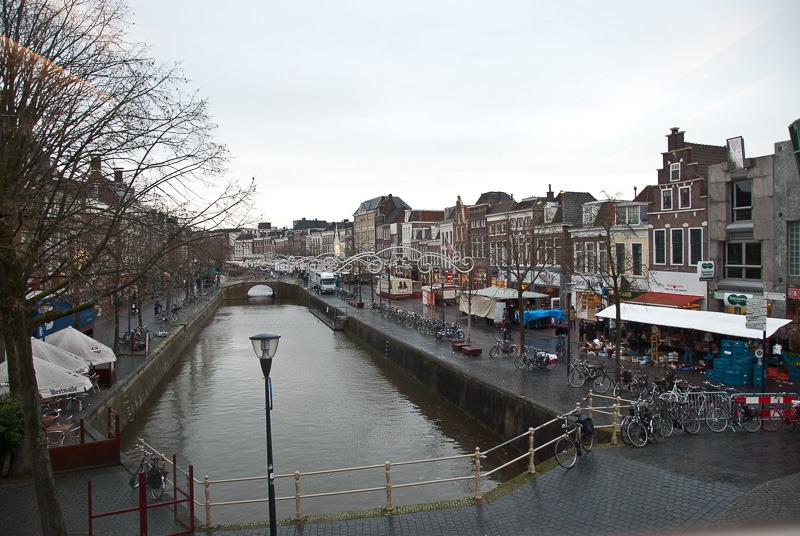 In 2009, it was time again to visit my parents in Holland. A view over one of Leeuwarden’s central canals. Leeuwarden is like 900 years old, with remains of habitation dating back to the 8nd century A.D. Again, winter was still far away at that time, I believe it never arrived and Autumn merged into Spring the following year. Old Man Winter didn’t even bother. 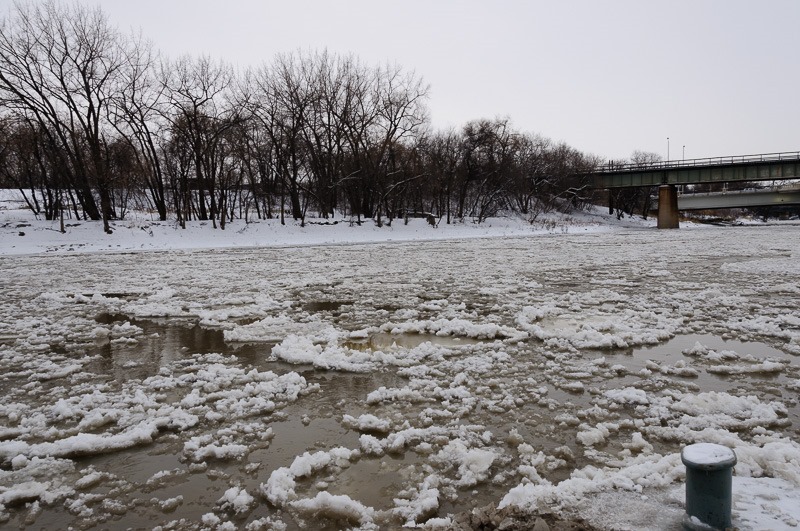 Assiniboine River at The Forks

November 2010 seemed to cool down a bit. The ice floes in the Assiniboine River had a nice round shape. I had never seen this before so a picture was mandatory. One week later, in December the river would be frozen shut for the next few months to come. 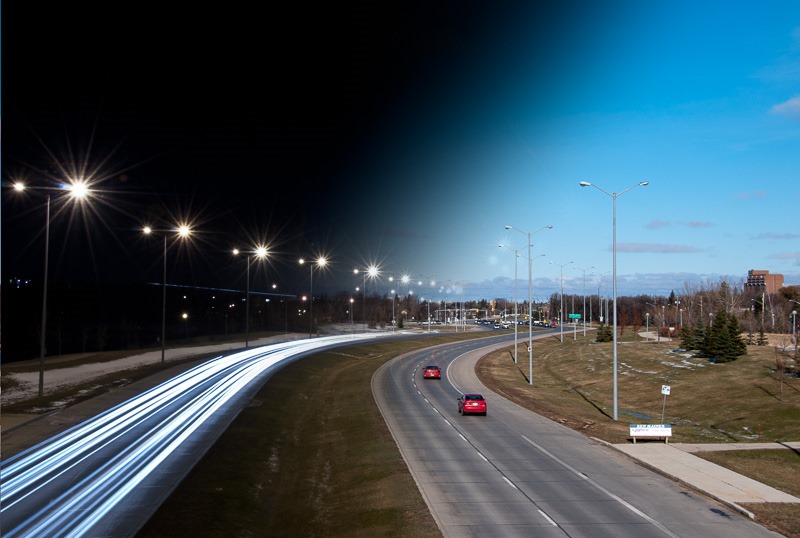 November in Winnipeg in 2011 started with the making of a bunch of new friends and fellow photographers. For a while I had photographed everything on my own, but the desire to have like-minded people to talk with was there already for a long time. We had a meeting a few blocks from our apartment, one evening, scaring the living daylight out of the speeding cars under the overpass. They thought we we cops trying out a new speed trap technology. In fact, I was only trying out some new and exciting techniques.

2012 goes into memory as one of the longest and harshest winters of my existence to date. It started in the end of October and in late May there was still snow on the ground in some places. The road I lived on looked like early Christmas, in November. The magic of the white cover didn’t last very long, buses and other important trafic made that this road was cleared of snow in the first hours of the morning, a few minutes after I had taken this shot. 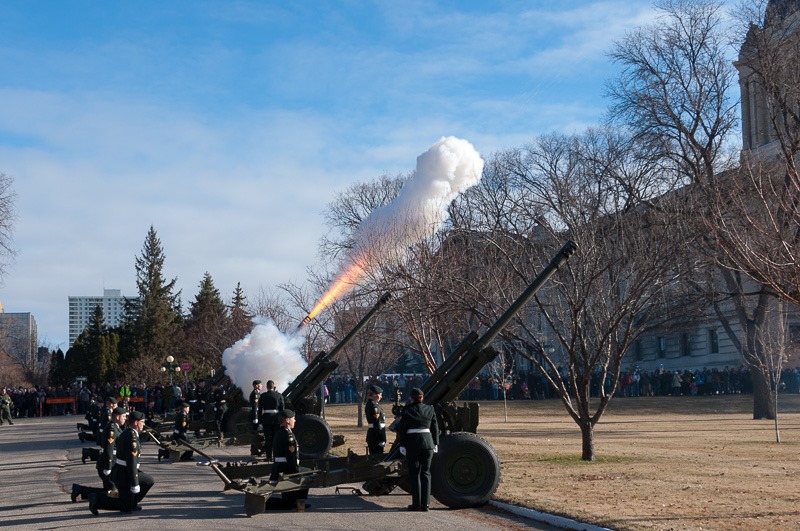 In 2013 I had the pleasure to witness my first 21 Gun Salute to the fallen of the First and Second World War. Even if I hadn’t lived the events myself, my parents had more than enough stories of their own about this period. Canadians had liberated Leeuwarden in 1945 without so much as firing one single round. Their reputation had preceded them and the Germans had fled the city the night before. They were welcomed as heroes and some as lovers at first sight. 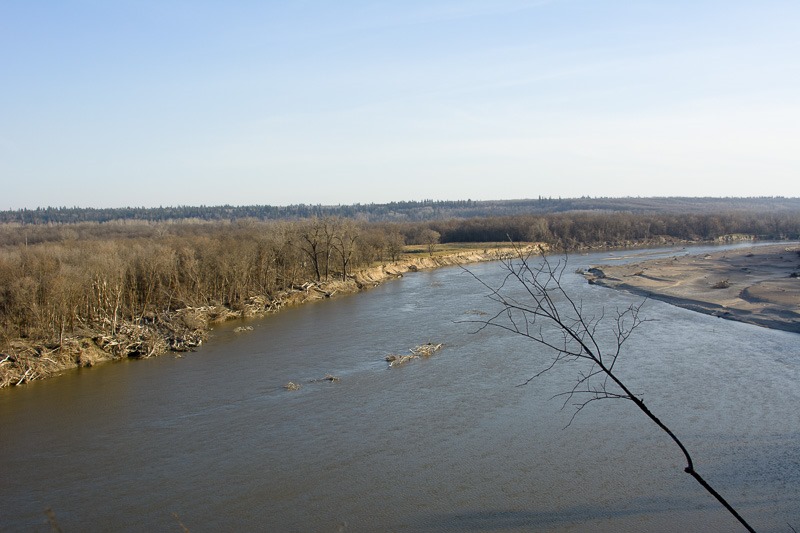 From the Spirit Sands in Carberry

In 2014 I decided to go to the desert in Manitoba. It was not the first time I went there, that first time had been nearly my last as well. Getting lost in that environment without drinking water is most definitely not a good idea. This time I decided to go in a cooler period. The desert at Carberry was still just as magical and the views over the Assiniboine River were equally beautiful. Not much ice to be seen yet, although this was only the first of November. 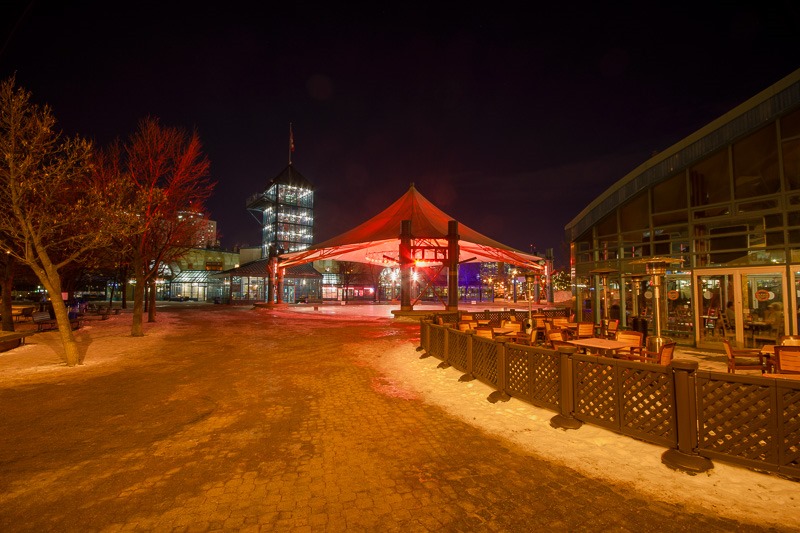 The Forks, what is a post about Winnipeg if you don’t even mention The Forks? November 30th had only seen a little bit of snow, but a fair bit of cold temperatures. When I came home that evening, my brother called me on the phone to tell me my mother had passed away that morning, at about the same time as I clicking the shutter for this picture. I left for Holland the next day without taking my camera. 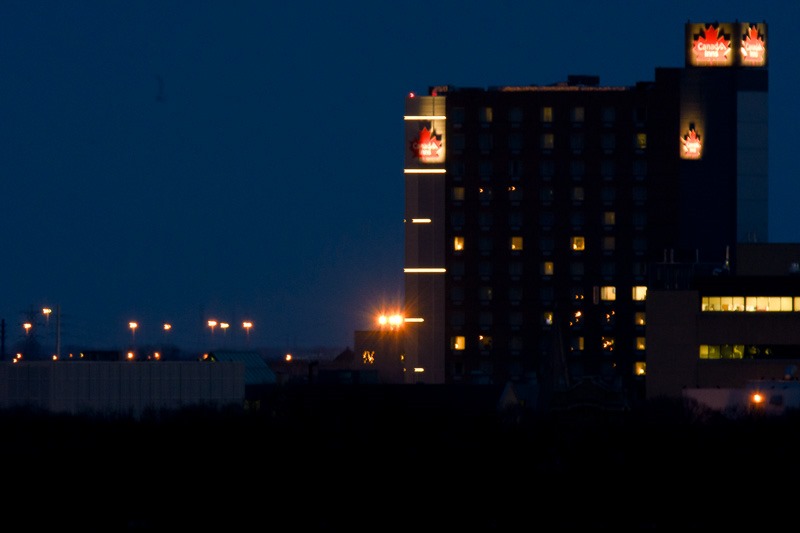 And this year in 2016? We should have had a Super Moon on November 14th. A trip to Westview Park, also known as Garbage Hill by the locals in Winnipeg, yielded… nothing. About 2 hours before the super moonrise, the clouds rolled in. Only to leave us shivering and shaking of cold and hard wind on top of the highest natural point in the city. The camera was shaking, not from the cold but from the wind. Not a single tripod was capable of resisting that wind.

November through my photographic years. Quite the trip, come to think of it. And not nearly as much snow, ice and cold as I thought I remembered of November. Oh well, I think I’ll put that on old age by now.