At Walt Disney’s they try to show a goose as lazy and fat. Always trying to find a way to eat the most and deliver the least of effort. Visibly Walt Disney Studios never came to Canada in spring…

The Canada Geese DO come to Canada in spring, after a flight of several thousand kilometres through wind, rain and snow. 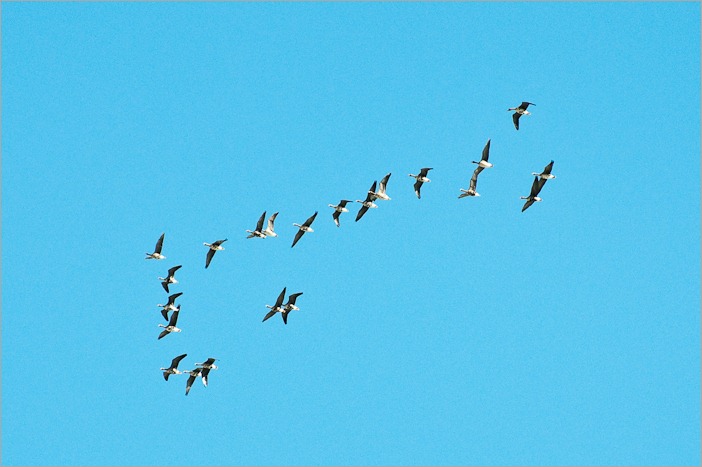 Arrival of the Canada geese

When they arrive, they are tired and rather noisy. The ice is still not gone from the water, but still they arrive. In Canada they announce spring…

This little recording was taken last Sunday at Oak Hammock Marsh, Manitoba. The geese have been coming in since a few days and I wanted to see them in their natural habitat, not so much on small grasslands in the city. 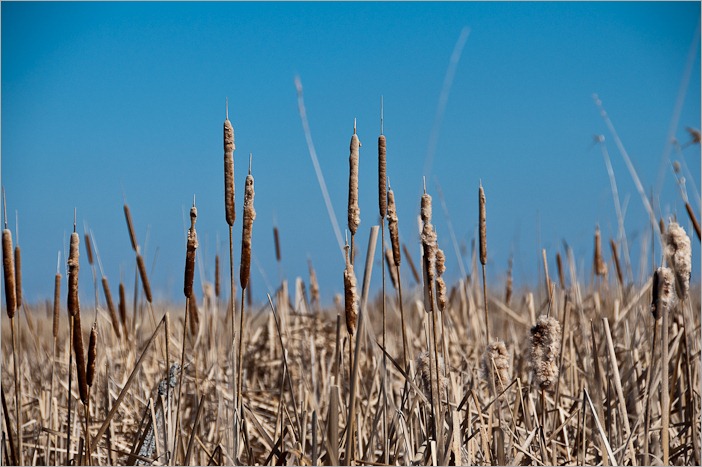 Protected from the biggest winds by grass, reeds and cattails they land on the ice and flock together. Everybody has something to “say” to their neighbour, probably all travel stories. Some geese already try to start a couple. Most of them are just happy to have arrived in one piece. 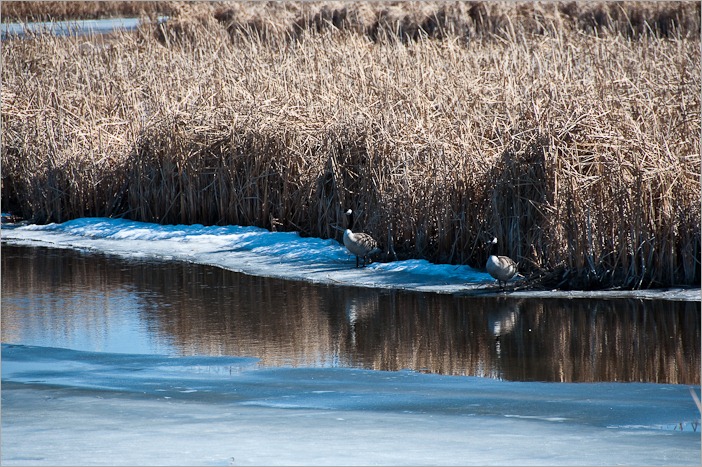 Since I don’t know how to distinguish males from females, of geese that is, I don’t know if these will be a couple or not. If they are, they will be a couple for the rest of their lives. Canada Geese are monogamous. These two are in a rather quiet place, the others still share the same spot of open water and ice. 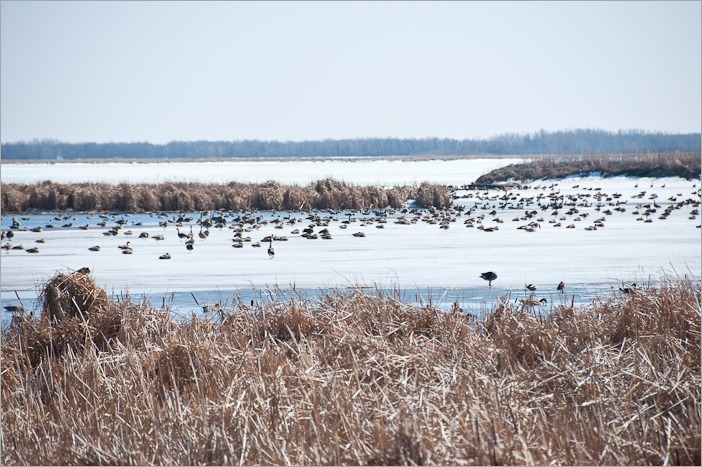 The colony on the ice

As you can see in the previous picture, many geese are sitting or sleeping on the ice, tired of their trip from the USA. Many of them have not formed a couple yet, they will be only two years old. The younger ones will only have come back to know the way and to follow their parents. 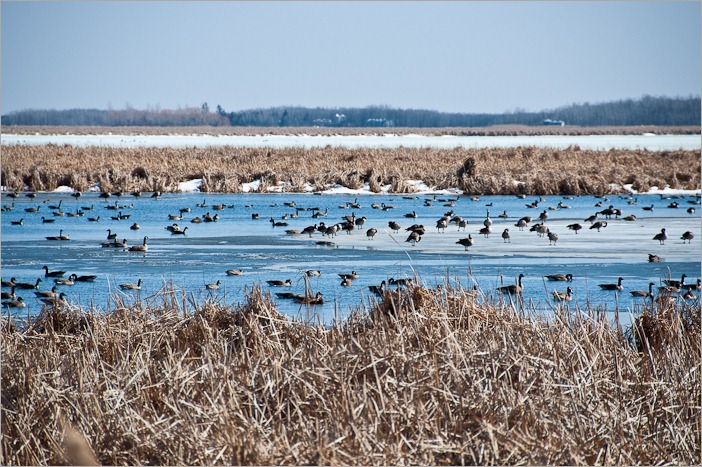 Geese resting from their trip

Now, there are only a “few” geese around, sooner there will be thousands more, when the warmer weather arrives. Sometimes, the geese come back, like last year and get themselves trapped in a bout of cold weather here. But they come back every year, year after year.

They will not only come here at Oak Hammock Marsh, many of them will even choose the city and its parks and raise the goslings there. I guess they feel themselves safe in a park. 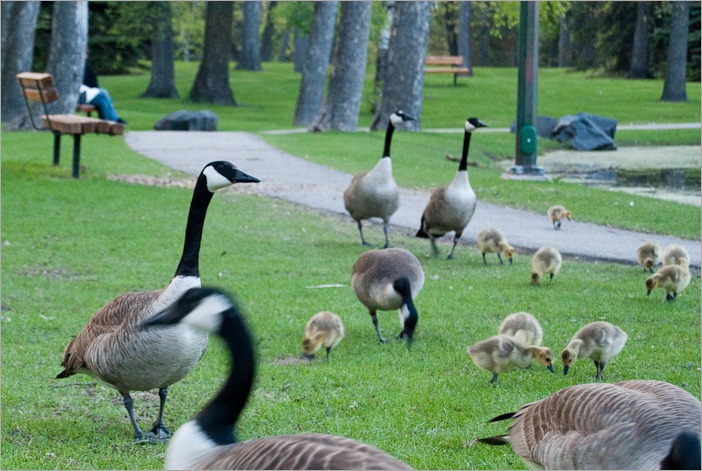 Some of these goslings will now already be back from their long trip to the states. Will they find their park again? Who knows, lots of research has been done on the subject, but only a Hollywood film has been released about the alleged results. These guys here will know…