Sometimes you think that what you can see at one given moment will always be there. Just to be reminded that these encounters are only for a one-time experience. You wait and wait to see them again, but the occasion never repeats itself. 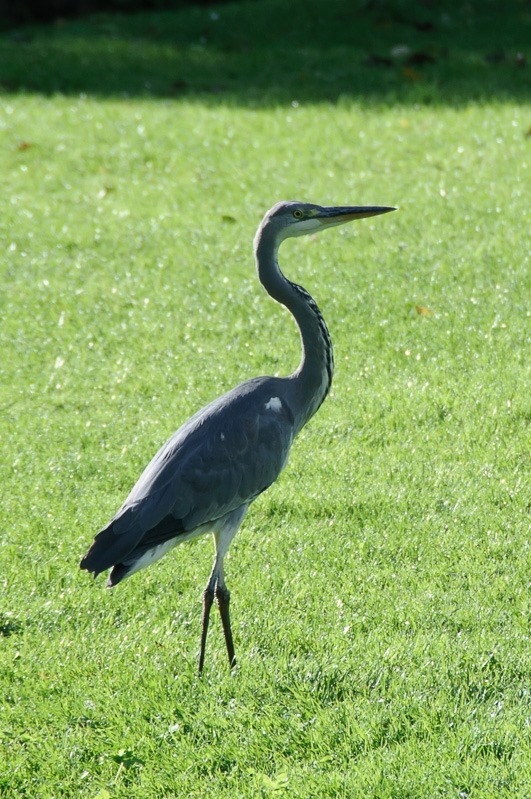 Often I have thought that this Blue Heron almost lived here. I got one chance to shoot it and have never seen it again. So here are a few of those encounters. It’s always interesting to see what story went on at that particular moment in time.

None of these encounters were staged or otherwise anticipated. I did not go out with the idea of shooting this or that bird. So why do we meet these birds at a certain moment? I have no idea. I do know that they made for nice shots, never to be repeated.

Unlike the Chickadees and the Canadian Geese which you can shoot every year and some all year round, these birds showed up only once, and that was it. 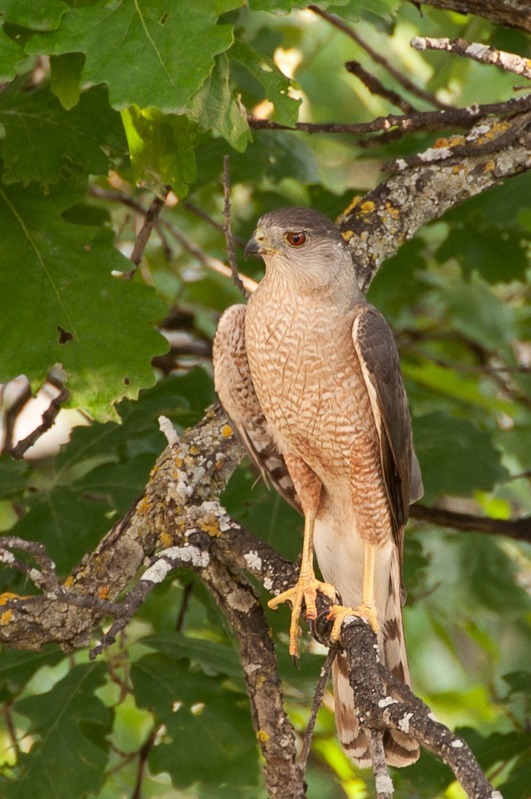 Take this Cooper’s Hawk for example. It showed up in the trees in front of our new apartment in Winnipeg, two days after we moved in. I got a few shots, then it flew away. I know there are a few of them in the city and in the parks, but I have never seen them again. 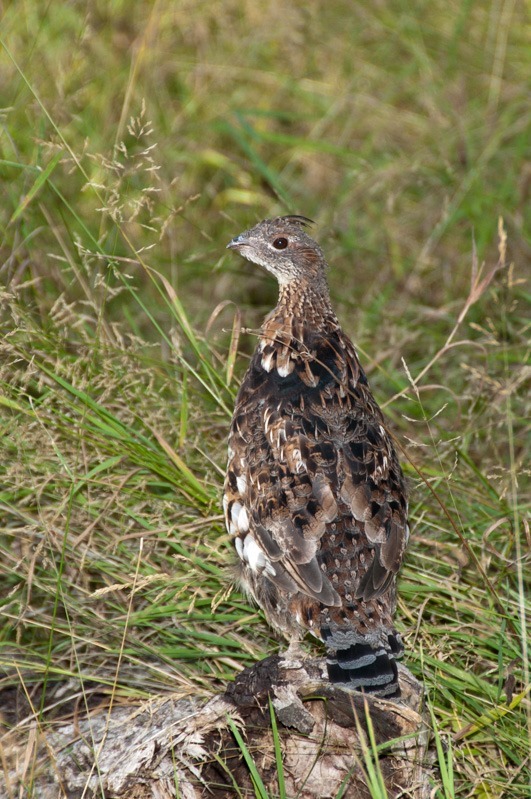 Going to Birds Hill Park, a good place to see some fine animals. But this bird was reserved for Christmas dinner or and least  for Thanksgiving, right? Well, I guess it knew that too. This Gray Partridge was faster in those woods near the Kudlovich Homestead than I thought. Getting closer was not an option and this was one of the very few shots it allowed me. I have gone back there later to see if they were there again… Nothing 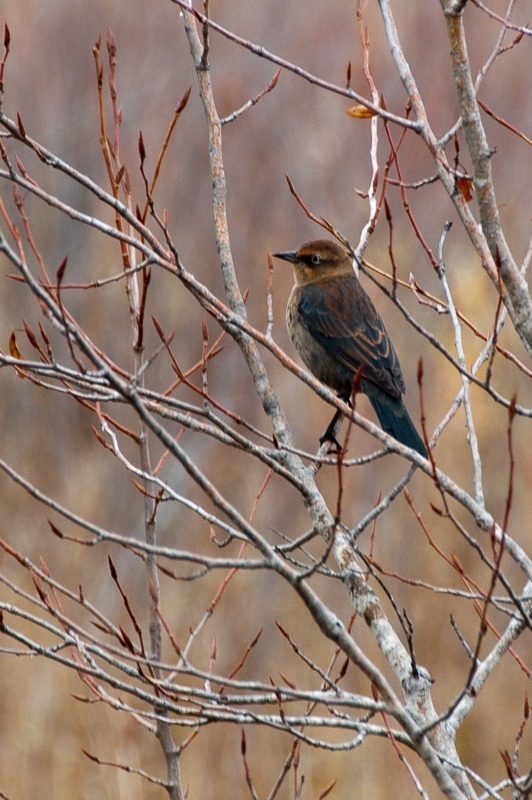 Another time, walking in BHP with a friend, I saw something strange. A bird that did not have the colour I was expecting. I though it was a simple blackbird. I got two shots before it flew away. This Rusty Blackbird was really skittish. I guess we humans have really made the wildlife hate us to the point where they have seen enough of us when we pass the horizon. Happily at that time I had an 18-200mm on my camera, otherwise it would have passed for a sparrow. 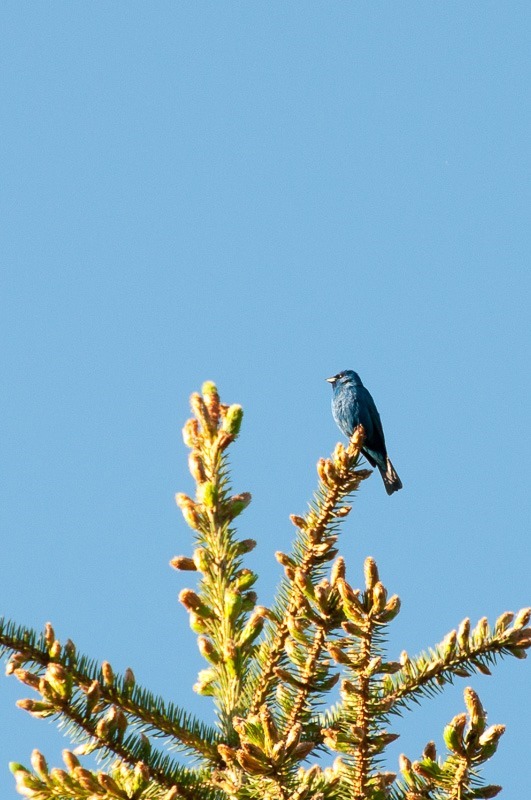 A walk through the English Gardens in Winnipeg. Counting on some Chickadees and some Nuthatches, I came across this one. A bright blue bird, singing its heart out for a female, I suppose. When I looked it up in my newly acquired bird book, I read that it rarely sits on the ground, but always prefers the high branches. 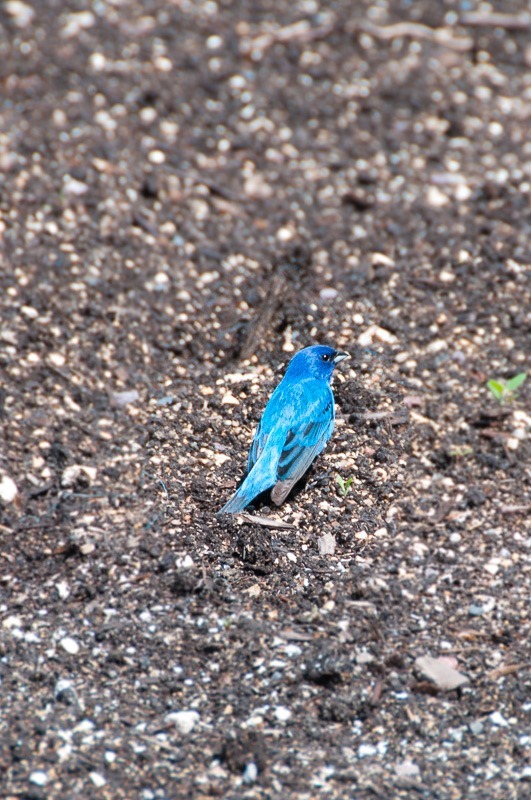 So the next time I was in the Gardens, this surprised me. While I was prepared to get some birds, I didn’t expect this Bunting to sit on the ground a few feet away from me. The picture background is not the most enticing one, but it’s all I had for this shot. It’s the closest I have got to an Indigo Bunting. 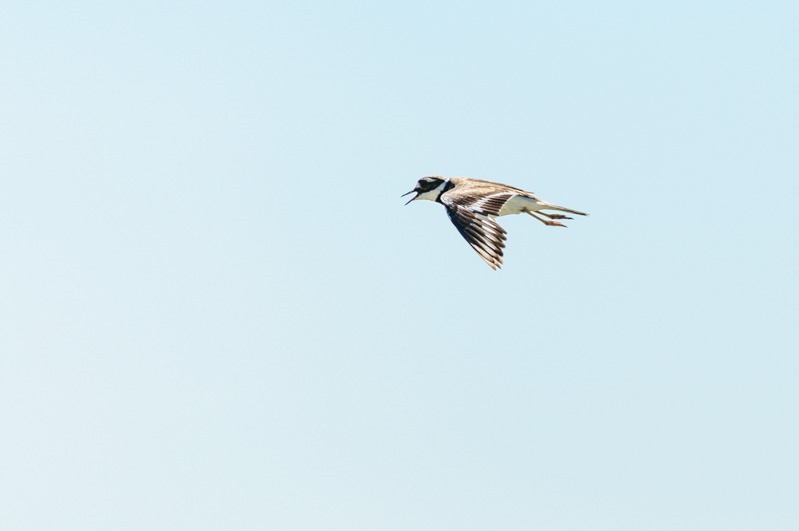 A little trip to Oak Hammock Marsh is always nice. You never know what you will get, apart from the Canadian Geese. This Killdeer was making a lot of noise and trying to get me away from her nest. Probably there were already youngsters in there. For all the time I was out of my car, this lady never ceased to harass all the birds around me in order to get me away from there. 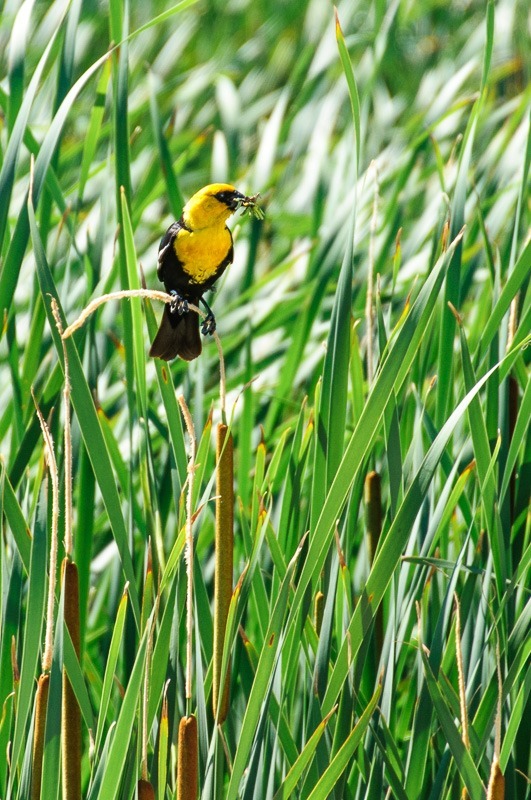 So when I left after a few minutes, what do I see? Yellow-headed Blackbirds. While the Red-winged Blackbirds are very common, only two years ago had I had a glimpse of a Yellow-headed one. The female was not far away, 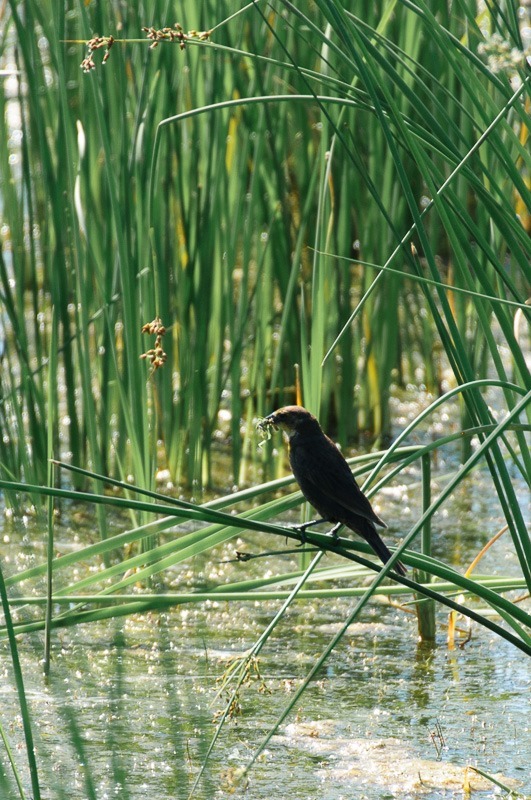 Although I would have expected her to be on the nest, apparently the eggs already hatched and both parents were on duty to provide food and plenty of it. I saw both of the parents, but the nest was too well tucked away in the reeds for me to see it. Wading through that murky water was not in my plans for that day. 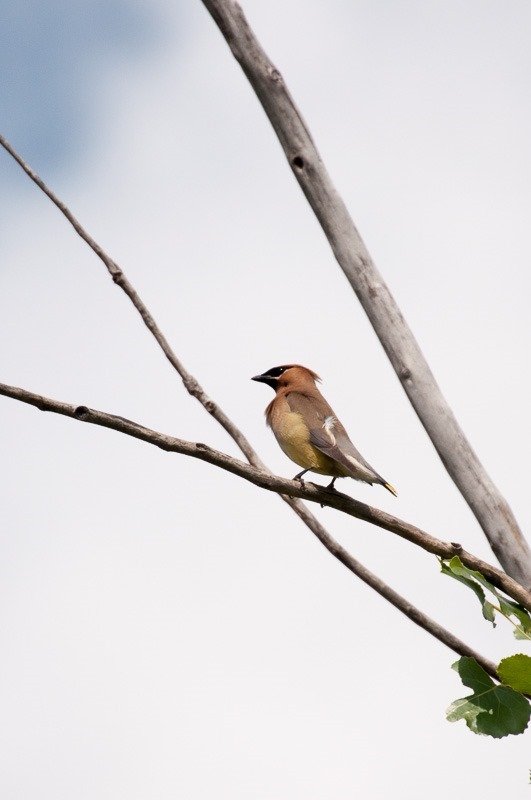 While others from the Photo Community were having fun with a lot of Cedar Waxwings, I had never seen one before. Until I ran into them at Fort Whyte Alive. Only once I could see a tree full of them. After that they were gone and until now I haven’t seen them again.

Even worse (at least for my photographer’s ego), some photographed these Bohemian Waxwings all winter long, while I had no view of even a single feather of them. Until I ran into them at FWA again only once. The next day they were gone. Probably searching for more red berries, elsewhere.

And so while I’m always complaining I don’t see enough birds, I should look into my collection and find all those fortuitous encounters with birds that I have had. As you can see, a lot of them were really worth it.

And that, in turn, confirms that I am more of a collector of bird shots than a birder…