Yep, going out yesterday was a first. After a quite extensive time inside, I finally got the chance to go out again. 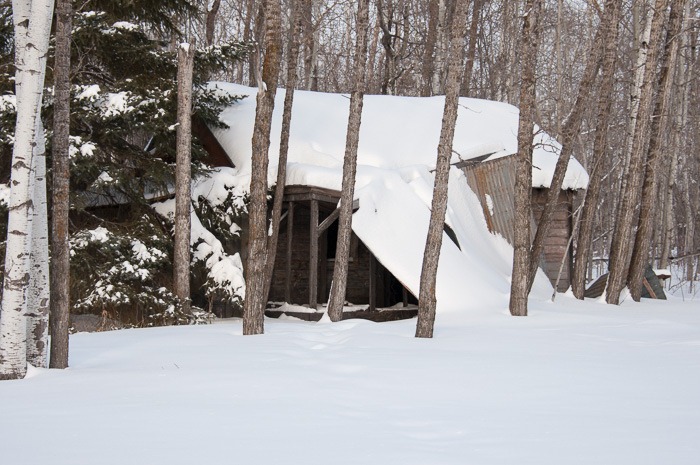 I went to an old farm or homestead that hasn’t served as such since 1963.

Once arrived on the spot, I ventured on to the territory of the Kudlovich Homestead in Birds Hill Park. 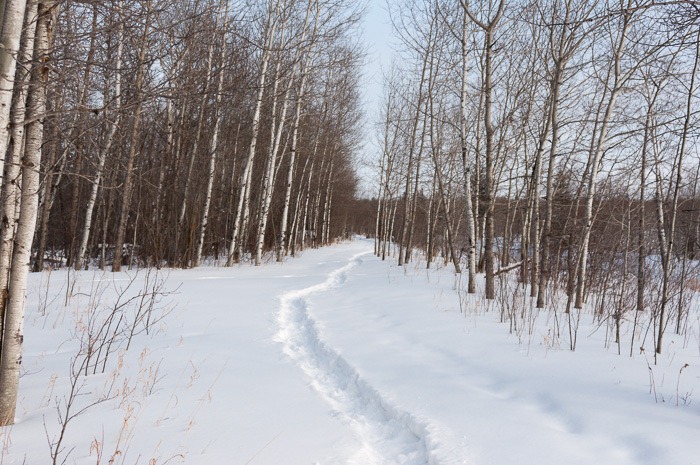 The trail to get there from the parking lot was quite easy to follow, although a little soft here and there.

Once arrived on the farm, the snow was hardly disturbed except for a few tracks somebody had left before me. The benches are all soft and inviting, but funny enough, nobody has been using them for a while. I wonder why 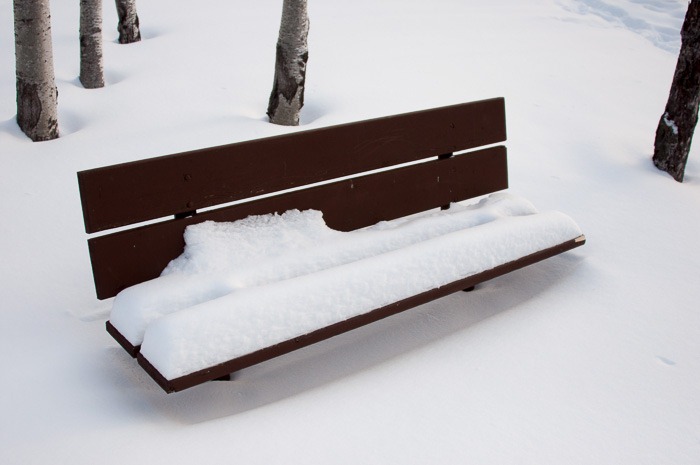 So I decided to follow those tracks and see if I could get closer to one of the houses and barns. The first barn didn’t have anything interesting inside. Probably also the reason why it is not maintained. 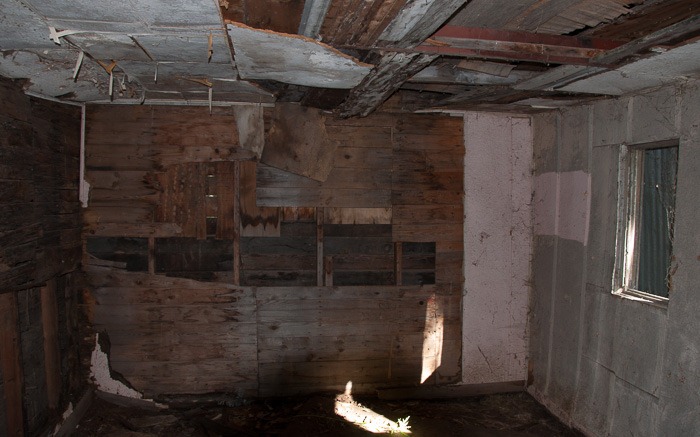 The outside is the main picture of this post. To get something more interesting I wanted to go and see this building. It is made out of old boxcar wood and still stands today. It was built in the 1930’s. 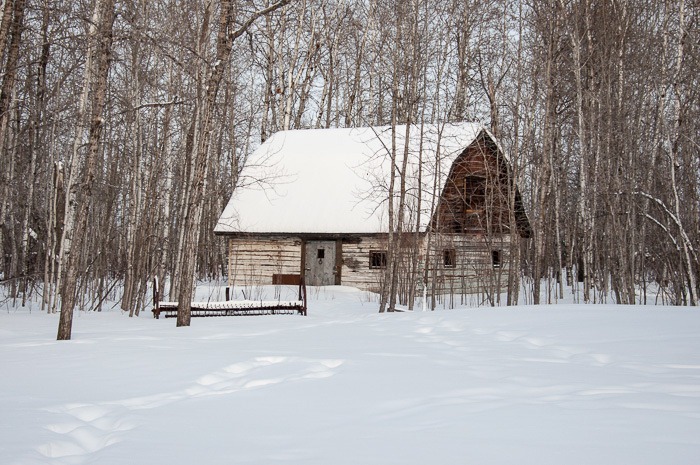 As you can see, there are a few footsteps leading more or less to the building. When I decided to follow those tracks, I didn’t get any further than the ones you see.

I ended up to my hips in the snow, with little means to get out of it. Also, there was no garden gnome to through me a laptop or even propose me a holiday to get out of there. Not even the toy shovel! Where are those gnomes when you need them? 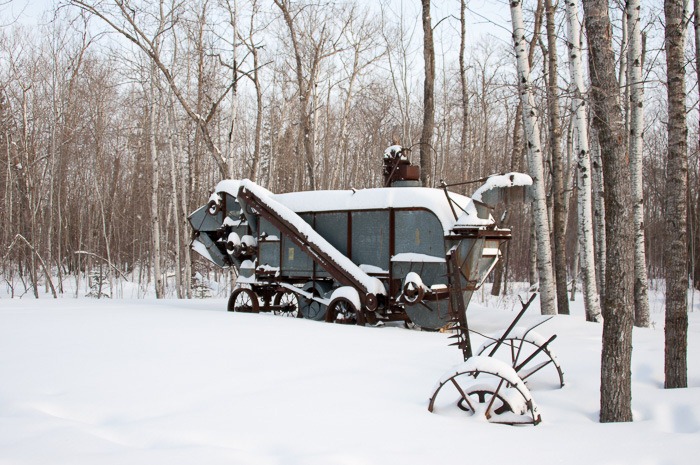 The only thing for me to do was shoot some pictures while stuck, then put the camera away and try to get out of there. Obviously there was nobody around…

The Case Thresher of the farm is still standing in the same spot, way more in snow than the last time I pictured it in winter. 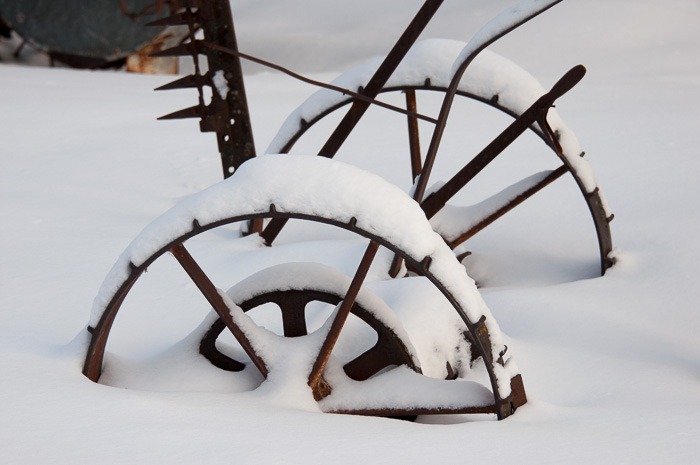 The rolling rake (or whatever farm implement it is) was moved and presented a different angle than before.

Then I had to put the camera away in the bag and try to get out of there. After a long, difficult period of about 5 minutes I managed to get out off the hole in the snow and walk back to the little trail and then back to the parking lot.

Next time I will either bring a pair of snow shoes or wait until spring, to see what this hole was. It was definitely not something I expected.